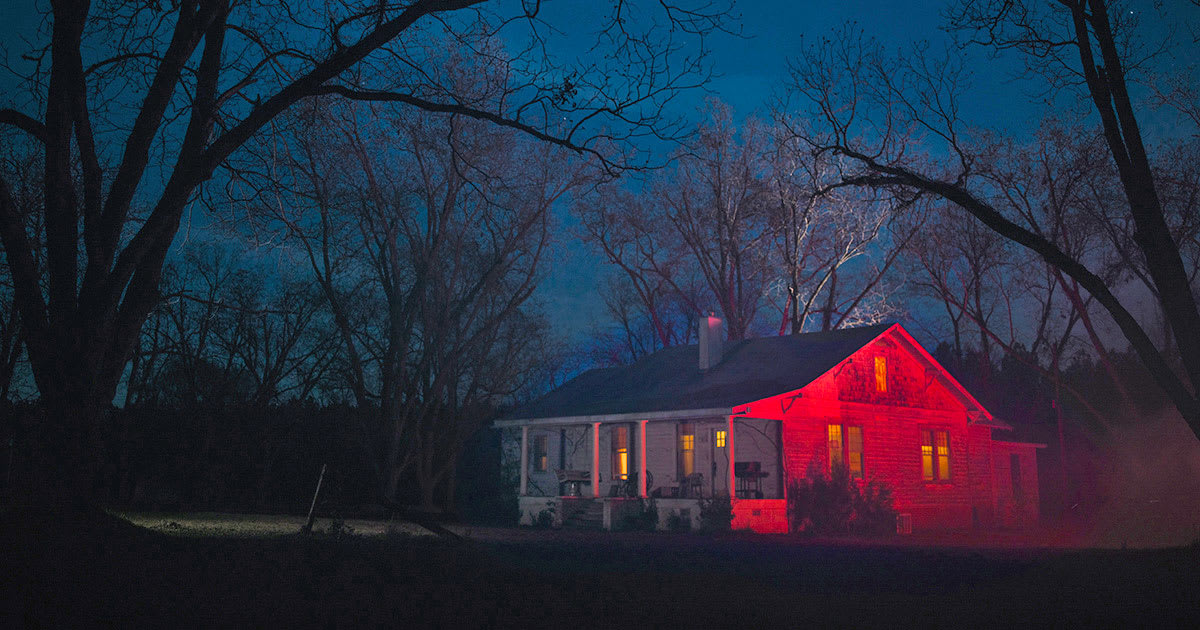 Cinemax's new show Outcast debuted on Friday. If the regular trailer didn't convince you to tune in, maybe this interactive one will do. Created by Campfire, a division of the digital marketing agency SapientNitro, the trailer uses eye-tracking and 3D audio to let you experience a "demonic possession." (Outcast is very much about demons, both literal and figurative).

The setup is simple: the trailer is hosted on its own site, and requires a pair of headphones and a webcam. With your permission, it uses your webcam to detect whether your eyes are closed or open. With your eyes closed, you hear narration, creepy noises and the like; with your eyes open, you'll see flashes of visions mostly pulled from the regular trailer and first episode. It essentially forces you to keep your eyes closed in order to progress, and makes sure everyone that watches it gets into the right frame of mind to do so.

A word of warning: before I could view the trailer, I had to rectify a couple of problems. First, I have way too much hair, and second, I wear glasses at my computer. Those things combined meant the eye tracking didn't really work. With my glasses off and using my headphones as a makeshift hairband, though, the eye tracking worked just fine. For what it's worth, a colleague with glasses and a more reasonable haircut also experienced issues.

The interactive trailer is great promotion for the show. If you didn't know, Outcast is based on the comic of the same name, which was created by The Walking Dead writer Robert Kirkman and artist Paul Azaceta. As TV show launches go, Outcast's has been fairly innovative: the pilot episode streamed on Facebook Live outside of North America, and was the first TV show to do so. It airs Fridays on Cinemax at 10PM, and worldwide on Fox.

Source: Cinemax
In this article: art, av, cinemax, culture, entertainment, gadgetry, gadgets, kirkman, outcast
All products recommended by Engadget are selected by our editorial team, independent of our parent company. Some of our stories include affiliate links. If you buy something through one of these links, we may earn an affiliate commission.