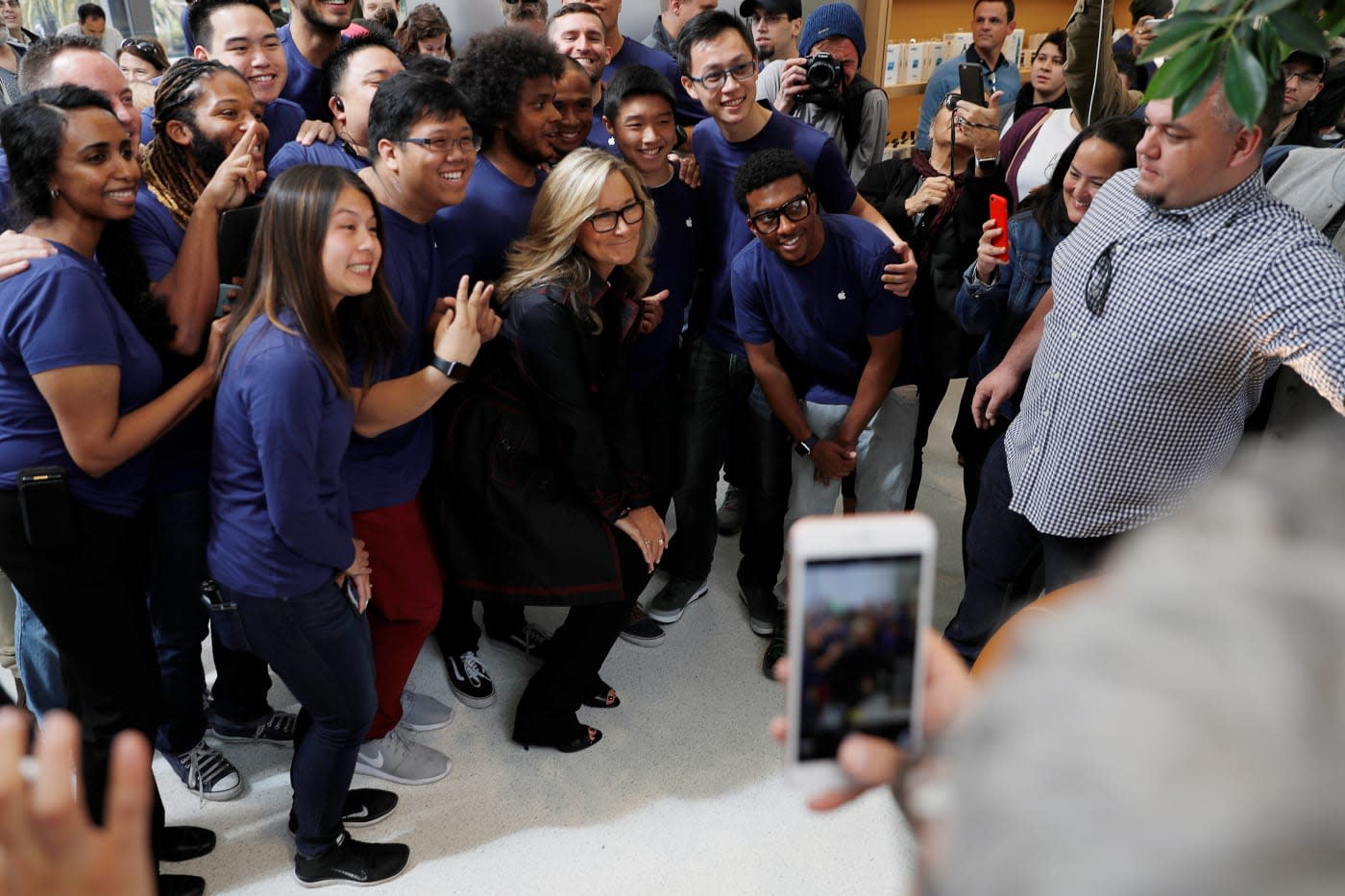 People say carrying a clipboard, wearing a hard hat and acting like you belong can get you into any place you want. Well, a number of thieves in NYC adopted that idea to steal thousands of dollars worth of iPhones. They simply dressed like Apple Store employees and went straight to the shops' storage drawers. Back in March, a store on the Upper West Side was targeted by fake personnel twice. The location lost 67 iPhones, which amounts to almost $50,000, from the heist. This time, someone stole 19 iPhones from the company's retail store in SoHo.

According to DNAInfo, the man used the same MO: he also dressed up as an employee to get into the backroom and nab $16,130 worth of devices. He and an accomplice simply stuffed the phones in their shirts and walked out. As Gizmodo notes, Cupertino's new uniforms might be to blame. The company used to make its store personnel wear themed shirts for every new product launch or for every season.

Last year, however, retail chief Angela Ahrendts introduced permanent blue shirts with tiny Apple logos, which are pretty easy to dupe or to buy online. While smaller stores will obviously be harder to infiltrate, the company's larger locations remain susceptible to the same scheme until it imposes tougher security measures.

In this article: apple, applestore, business, gear, heists, law
All products recommended by Engadget are selected by our editorial team, independent of our parent company. Some of our stories include affiliate links. If you buy something through one of these links, we may earn an affiliate commission.