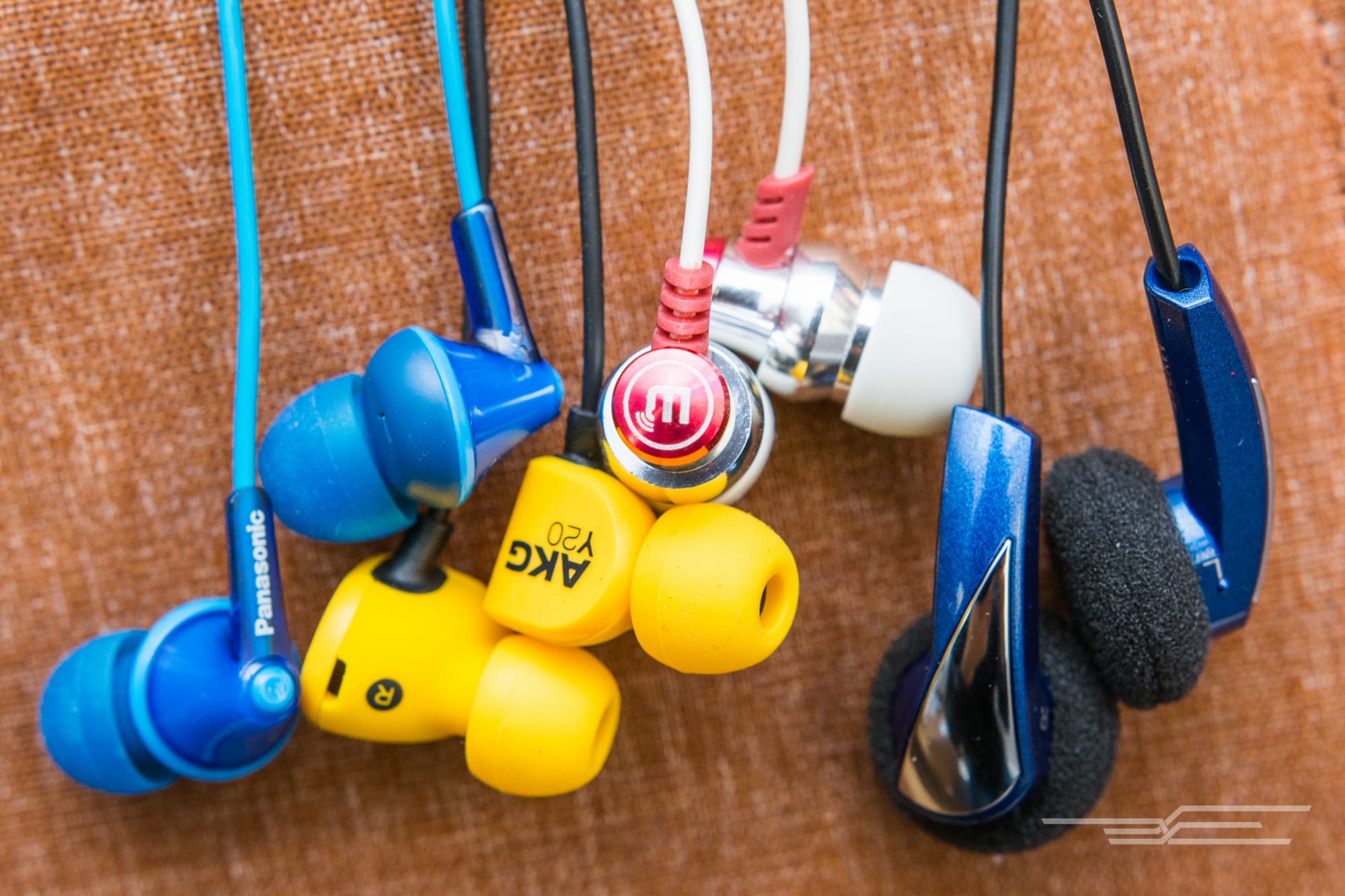 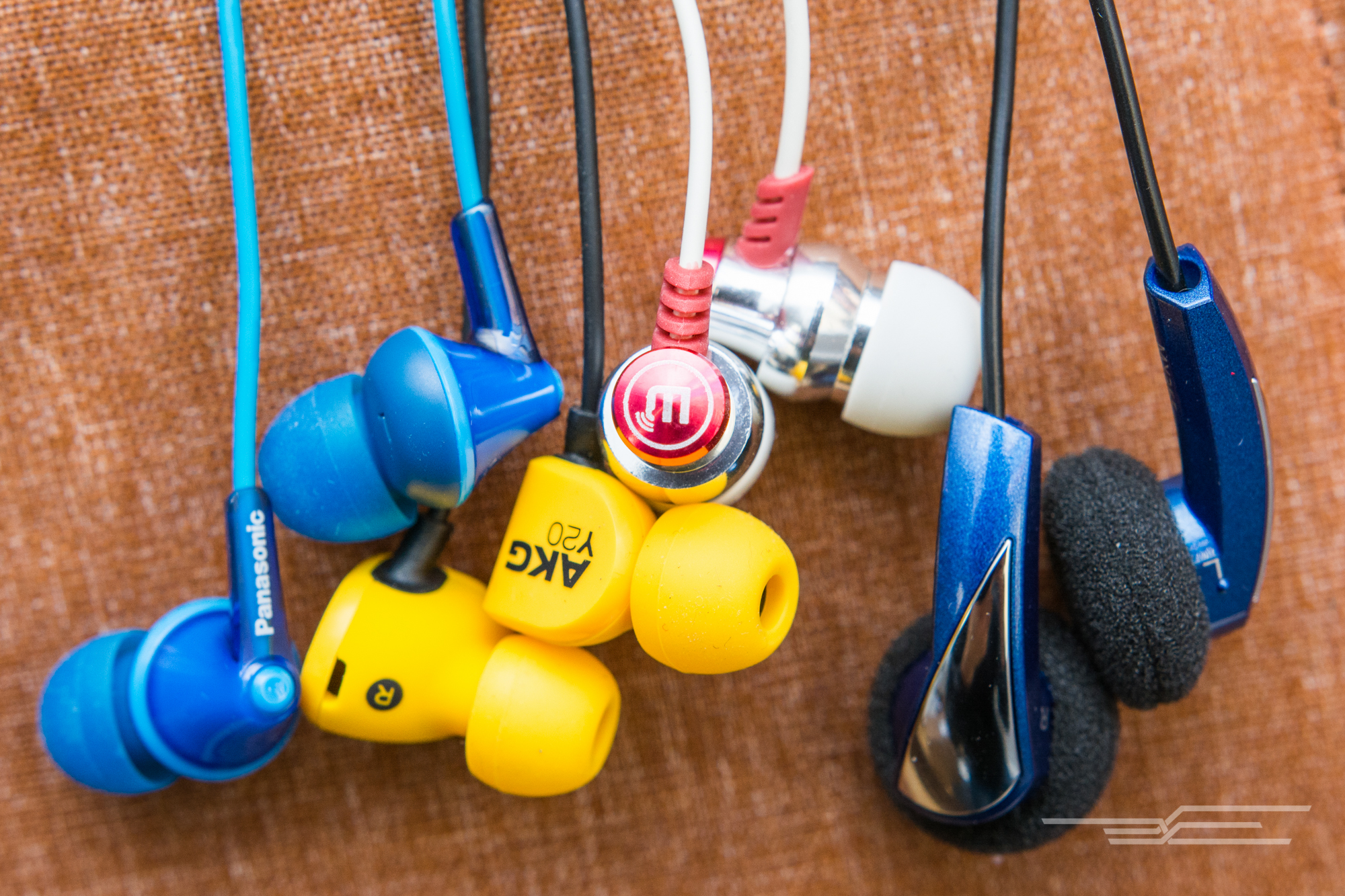 If we wanted to buy in-ear headphones to replace the earbuds that came with our phone for around the same price, we'd get the AKG Y20U. After researching hundreds of headphones in this price range, seriously considering 244, and testing 108 (68 in the last two rounds, and 40 this round) with our panel of audio experts, we're confident that the AKG Y20U is the best purchase for the money. The headphones are comfortable, have a one-button universal remote and mic, and sound a lot better than their price tag would lead you to believe.

Who should buy this?

Ever wonder if you could get better sound than the headphones that came with your smartphone without spending much more than it would cost to replace them? Or perhaps your tween is asking you for new earbuds because they lost their latest pair (again). Or maybe you have a pet who is a fan of munching cords. Sometimes you just want a pair of headphones that cost as little as possible but still get the job done. These are those.

If you're looking for something a little better, check out our $100 in-ear picks; if you want something for the gym, check out our exercise headphones; if you have no clue where to start, read our guide titled Which Headphones Should I Get? to help the process along.

How we chose what to test 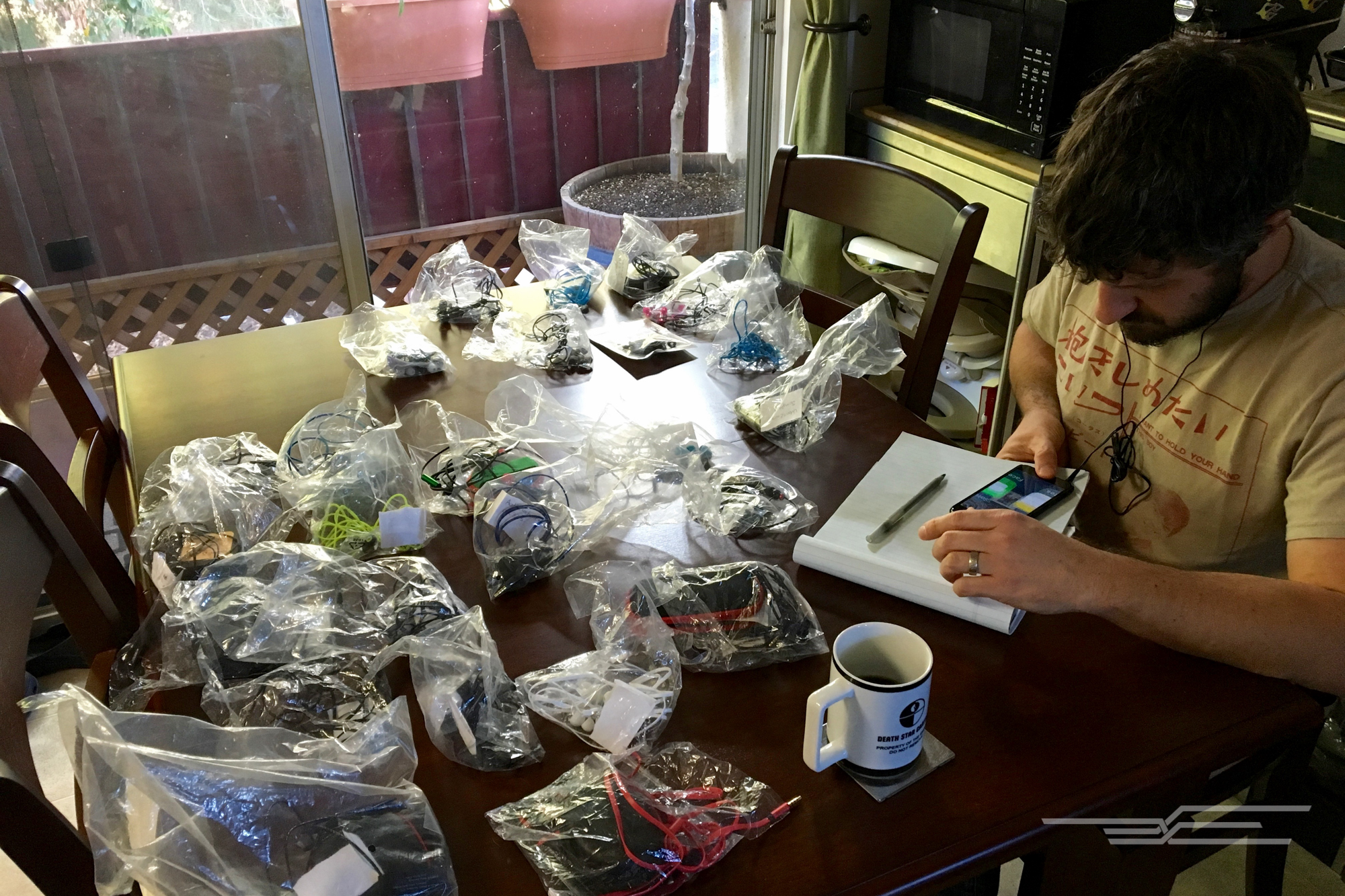 Testing is serious business. Our panelist John tackles the third round of contenders. Photo: Lauren Dragan

We began by finding as many positive single reviews by professionals as we could. This started our "to consider" list. Next, we emailed several of our colleagues in the audio industry to ask for their favorites. Then we crowdsourced: Amazon, Best Buy, HeadFi, NewEgg, and others—if there were reviews, we read them. Anything we hadn't previously tested that was rated four stars (out of five) or better (keeping a careful eye out for trustworthy reviews) got added to the list. Since our original testing, we've seriously considered 244 headphones in this category.

We made a final qualification. If a pair of headphones cost more than Apple EarPods, they were required to have a mic and remote option, like the EarPods. Pairs without mic and remote were acceptable at $25 or less. After choosing our contenders, we tested 40 new pairs of headphones in like-priced groups to see which would come out on top. 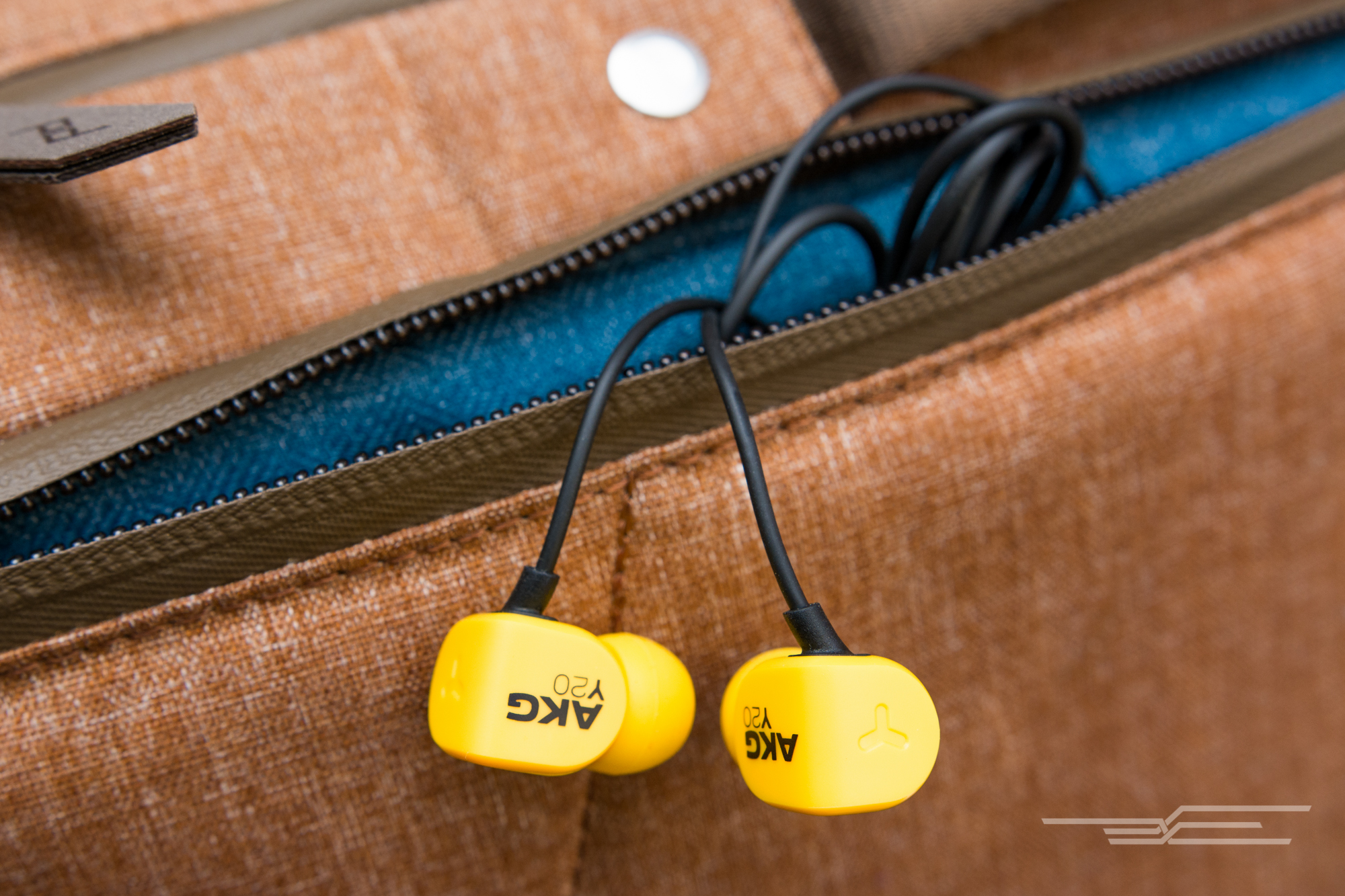 The AKG Y20U were the clear winners in our latest round of testing with the best combination of fit, sound, and convenience for the money. Photo: Michael Hession

The AKG Y20U fit every one of our panelists, sounded great, and cost only $30 at the time of writing. For those paying attention, that's the same price as a replacement pair of Apple EarPods—and the Y20Us sound vastly superior.

These earphones have more depth to their sound than any of our picks in this category to date. Their boosted bass is pleasant and doesn't muddy up the mids or overwhelm the highs. You may notice a bit more oomph to an already intense bassline, but you won't lose detail in the vocals or guitars. Unlike a significant number of headphones we tested, the Y20U's highs aren't piercing or sizzling, nor do they make voices insanely sibilant.

The fit is secure and low-profile. Unlike many earbuds that stick straight out from your ear, the Y20U curve slightly and tuck in against your outer ear. This means the tips aren't bearing the brunt of stabilization, and you won't need to adjust the Y20U in your ears frequently when you're walking.

Finally, the Y20U pair has a universal single-button remote/mic, comes with a small coin-purse-style case, and is available in a few fun colors (teal, yellow, and gray).

The best-sounding option with an iOS-compatible remote/mic 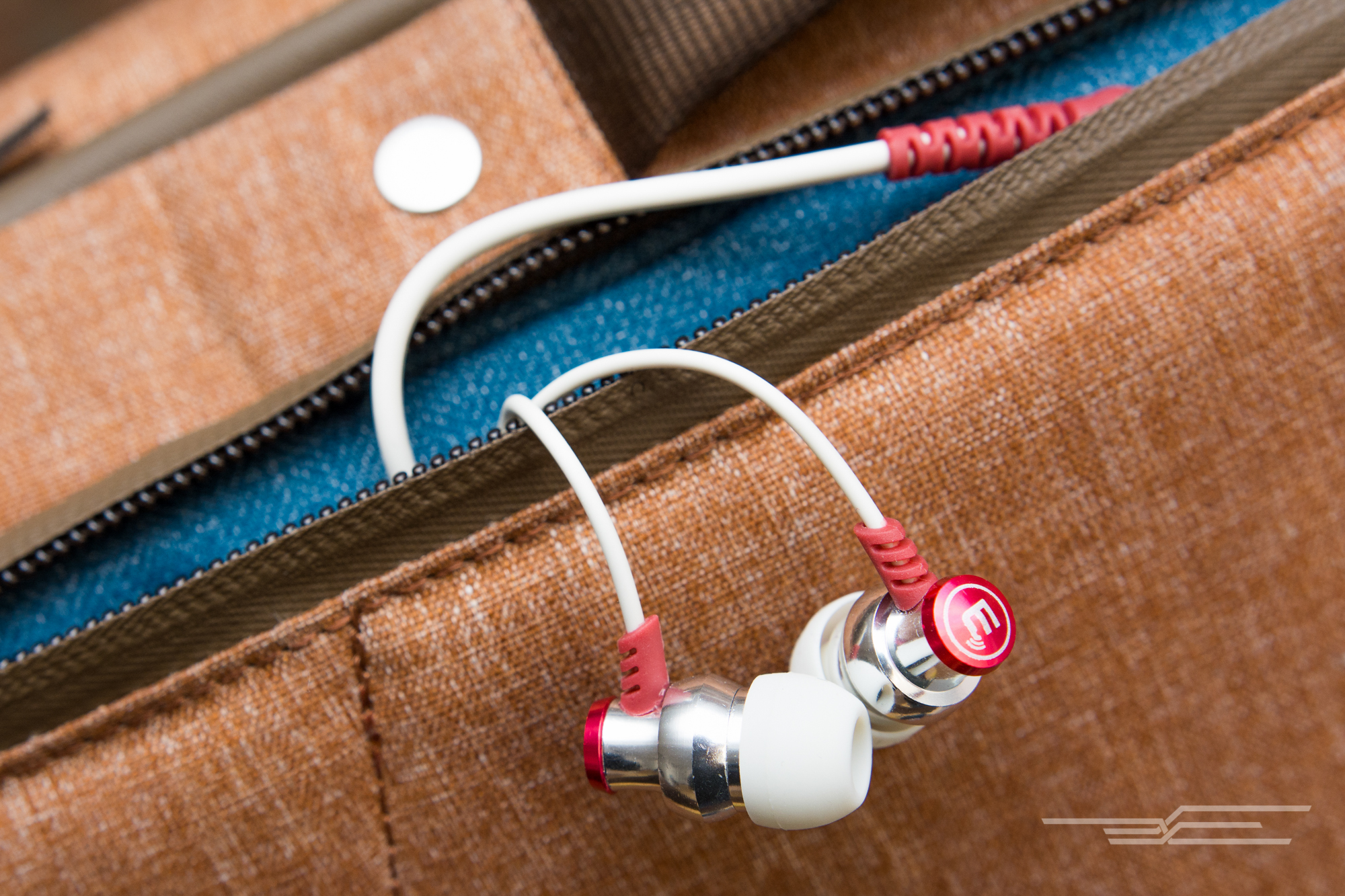 If you need a three-button remote/mic, a pair of the Brainwavz Delta is your best option; however, it does come with a few caveats. Photo: Michael Hession

The Brainwavz Delta headphones are a great value for the price. They have a well-balanced sound signature, with a slight bump in the bass in the 60 Hz area and a little treble boost around 2 kHz to 4 kHz to balance that out. This means that you'll have a clear, robust bassline without losing clarity in lyrics, hi-hat hits, or guitar riffs.

Another major part of why the Brainwavz work so well is their ability to fit various ear sizes and shapes. There were other models we couldn't even test due to one or more testers not being able to get a good seal. The Deltas come with three pairs of silicone tips and one pair of noise-isolating Comply foam tips, which is a treat in this price range. The Deltas are available in both an Apple and Android three-button option with remote and mic, too.

Though the Brainwavz were highly ranked by our testers, we did receive a number of comments from unhappy readers who'd experienced breakage or static, and even though Brainwavz made some changes in the model's build, the occasional comment persists. What also holds true, though, is that Brainwavz's customer service is exemplary, which is worth mentioning.

The best sound for the least money 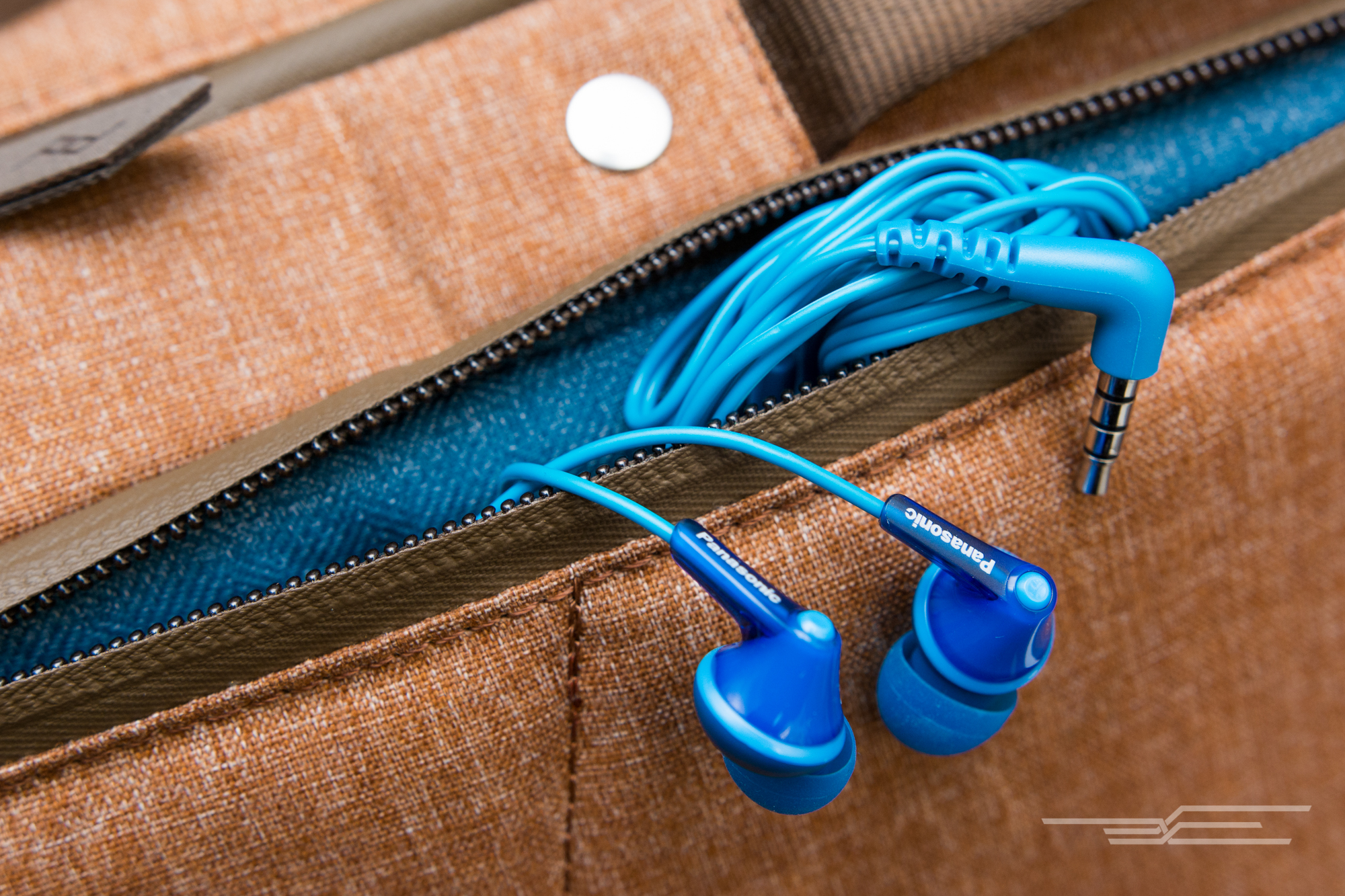 At this low price, the Panasonic RP-TCM125's quality is tough to beat. Photo: Michael Hession

If you want to spend the absolute least amount possible and still get quality sound, you can't beat the Panasonic RP-TCM125 ErgoFit. A former overall pick, the headphones still hold up really well and are now our budget choice. They were the favorite of every panelist in the $13-and-under category. The RP-TCM125 headphones have a nice overall balance with airy, mellow highs and present-but-not-dominating bass. They sound just as good listening to acoustic guitar as they do hip hop and rock. Unlike most competition in this price range, nothing pierces, nothing's muddy—every frequency plays well with the others. They don't have the depth of field or bass quality of the AKG pair, but for $13 or so, they're really great. The RP-TCM125 headphones have a single-button remote and mic and come in a variety of colors, too.

In this article: AKG, AKGY20U, av, brainwavz, brainwavzdelta, gadgetry, gadgets, gear, headphones, InEarHeadphone, panasonic, PanasonicErgoFit, partner, syndicated, thewirecutter
All products recommended by Engadget are selected by our editorial team, independent of our parent company. Some of our stories include affiliate links. If you buy something through one of these links, we may earn an affiliate commission.