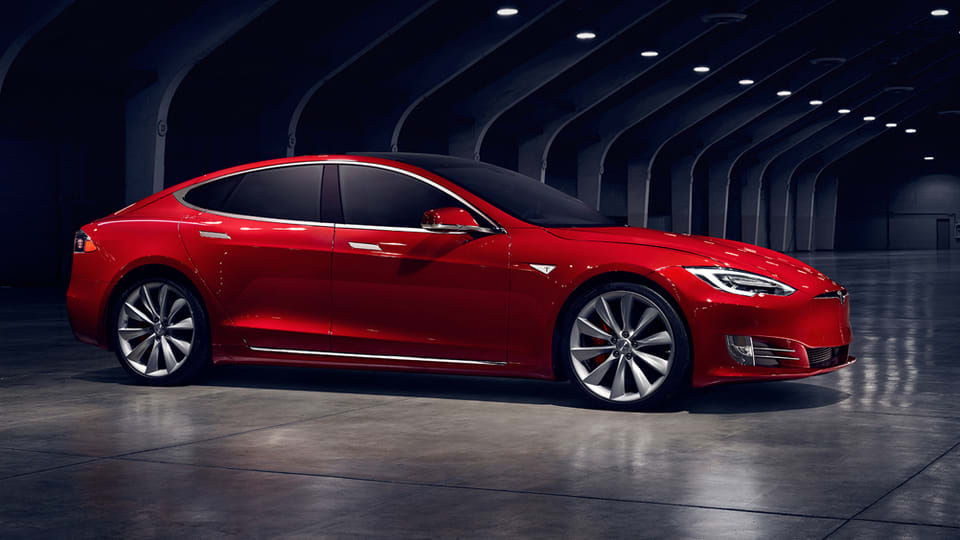 Third-quarter sales of the Tesla Motors Model S electric sedan surged 59 percent from last year to 9,156 units, the company confirmed to Autoblog today. The sales are about five percent more than our previous third-quarter estimate, since that was a guess based on Tesla's disclosure of its global quarterly sales. Bloomberg News, which first reported the US sales figures, said the Model S was the country's best-selling luxury sedan in the third quarter, and by a wide margin. Tesla also sold 5,428 Model X vehicles during the quarter, Tesla confirmed.

The Model S sales were almost double the sales figures for the No. 2 US luxury sedan, the Mercedes-Benz S-Class, and more than double the sales of the BMW 7-Series. No other model moved more than 2,000 units during the quarter. In all, the Model S accounted for almost a third of the country's third-quarter large luxury sedan market, which also includes models from Audi, Lexus, Porsche, Jaguar, and Maserati.

Our prior estimates, which assumed that 55 percent of Tesla's global Model S sales are in North America, had Tesla selling 8,691 Model S vehicles during the third quarter. Either way, the Model S continues to be a category-defining vehicle.

The better-than-previously-reported news marks a bit of positive direction for a company dogged by investor concerns that it's burning through too much cash, especially as it prepares to complete its acquisition of solar-energy service provider SolarCity. CNBC recently cited an analyst note from Oppenheimer's Colin Rusch that estimated that Tesla may need to raise as much as $12.5 billion by the end of 2018 in order to stay financially solvent. Tesla chief Elon Musk refuted any notion that the company would need to raise additional cash by the end of the year in a Tweet last week.

Via: Automotive News
Source: Bloomberg
In this article: autoblog, electric vehicle, ElectricVehicle, ev, gear, luxury, model s, model x, ModelS, ModelX, official, partner, sales, syndicated, tesla, TeslaMotors, transportation
All products recommended by Engadget are selected by our editorial team, independent of our parent company. Some of our stories include affiliate links. If you buy something through one of these links, we may earn an affiliate commission.