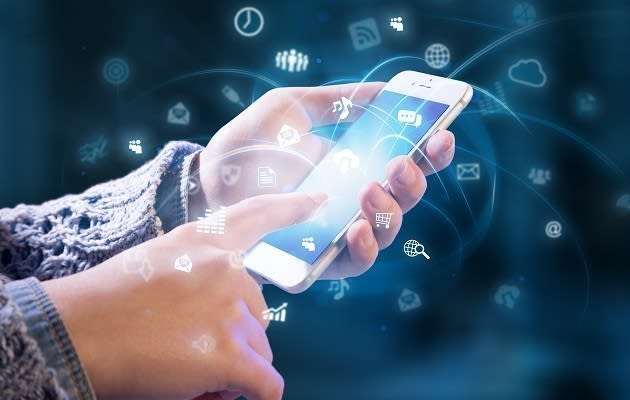 App developers know that there's a crowded marketplace and if their applications don't have what it takes to quickly go viral, their hard work will be in vain. Before deciding to develop an application, it's important to take into consideration these three important criteria: purpose / target audience, performance and design. Let's take them one at a time and also talk about other secrets used by app developers who got rich creating great mobile apps.

What's Your App's Purpose?
Customers need problem solving applications, which make their lives easier. For example, there are applications created especially for people who travel a lot, especially by air, and don't want to spend many hours in the airport, waiting for their plane to take off. Developers have created mobile flight tracker apps which track flights and check flight status for flight arrivals and flight departures – such as FlightView Flight Tracker app.

Other apps can be used to buy tickets, make appointments and booking, call a taxi etc. Game enthusiasts are the most spoiled users, as there are plenty entertaining games that keep their mind occupied. Minecraft, Candy Crush, Angry Birds are three of the games that create addition and generate revenue for their creators. However, if you are a developer and want your application to be used more hours a day, then try to please users who are obsessed with music, movies, books, health or news.

Stability With All Costs
An application will prove that it performs well only in the most extreme conditions. If users don't notice bugs while running the application with WiFi and cellular data connection disabled and the phone set to airplane mode, then the app passes the test. It's important to not consume too many resources (memory and CPU power), because it slows down the device and it drains its battery fast. And even if it does have glitches, the app must be updated often, so that its stability is improved. For example, WhatsApp is receiving new updates almost daily and because new features are introduced on a regular basis, at first, they are very buggy and it takes some time until they work perfectly.

Beautifully Design Apps Offer An Excellent UI Experience
As an app developer, you should focus on the small details and add all kinds of effects (animations, sounds, subtle transitions) that will make the application fun to use. Let users interact with the application, but first of all, create a layout that will fit the screen of their device so that they won't have too zoom in to read content. This means that the text will be legible if it's at least 11 points. As for controls, they should measure 44 points x 44 points, which is perfect for tapping with fingers of any size.

Who Wants To Wait For Ever For An App To Load?
Most users have a problem with apps that don't load instantly, but they tent to ignore the fact that heavy apps load slower because their device has weak specs (not enough memory and RAM) and they can often crash. Just as DZONE recommends, users should be allowed to enter first into the main app screen, then, the loading operations should be performed in a separate thread.

Ads Are Really Annoying
Free apps may be convenient for stingy users, but if you're thinking about making money, you'll allow intrusive adverts to show up somewhere on the screen. If you're a Facebook user, then you've most likely seen ads in your News Feed, but thankfully, you're able to hide them. Nobody wants to be bothered by pop-ups, banners and other suggestions that distract attention, so if you're building a free app, don't fill it with ads.

Let Customers Contact You
You can't please all users, but it's always nice to listen to their suggestions, because based on their feedback, you can improve your app and add new features that are worth exploring. Google allows Android users to join beta programs to test applications before they're released to public and people who test them are able to report bugs and help developers improve the quality of the app. By building a community around your application, you'll always know if you're in the right or wrong direction with your ideas.