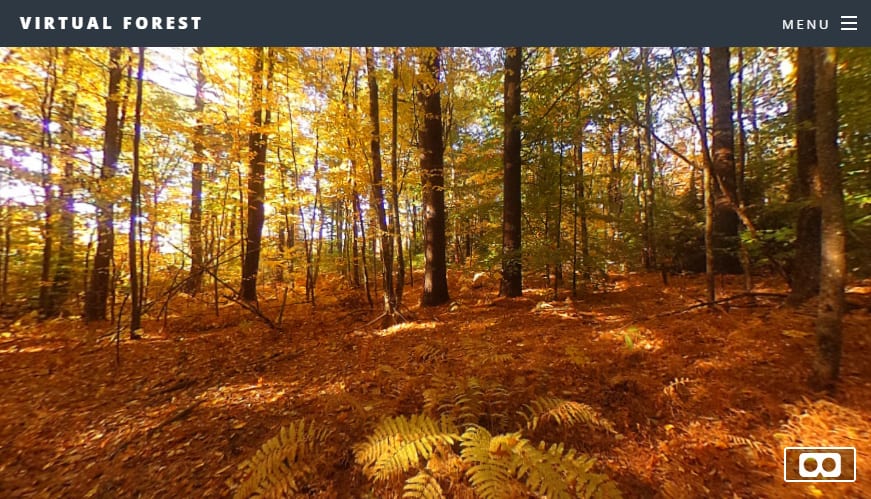 A VR hacker from Harvard is bringing lovely Autumn leaves to your desk. He's using web-based VR and a 360 camera planted in a forest to do it. Koen Hufkens recently submitted Photosphere to the open source RICOH THETA developer community and made the build process and code freely available.

With images and video from his Photosphere camera system, Koen offers a 360 degree VR experience using mobile phones or headsets through his Virtual Forest site.

VR images are taken with a standalone 360 camera installation that Koen built and installed in the forest with an independent power supply. The camera can operate for months and send pictures back to the virtual forest in close to real-time. Here's the parts list that Koen used to build his VR leaf cam.


VR experiences like Virtual Forest are possible thanks to easy-to-use VR libraries from the Mozilla VR team. The 360 image the camera takes is a standard JPEG image that everyone with a digital camera or phone is familiar with. To provide the VR effect, the camera has two fisheye lenses and stitches the two images together into a single VR image. The Mozilla VR team provides tools for web developers to easily add the VR images into their project. The project can then be viewed with any virtual reality headset, including Google DayDream/Cardboard, HTC Vive,and Oculus Rift.

Leaves are just the beginning. Thank to the ease of creating VR experiences that can transport you to another location, we're going to see many rich VR experiences in the near future created by non-developers, including photographers, videographers, and digital designers. Put your goggles on!
All products recommended by Engadget are selected by our editorial team, independent of our parent company. Some of our stories include affiliate links. If you buy something through one of these links, we may earn an affiliate commission.