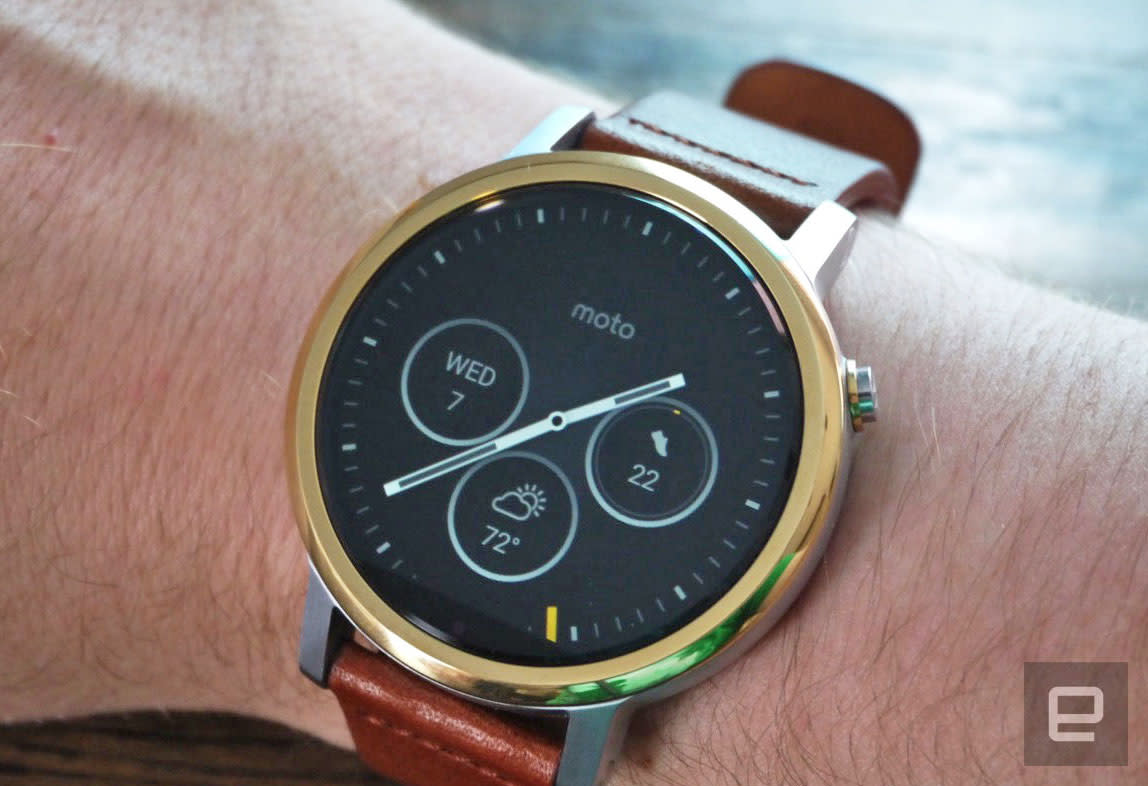 We might not see a successor to the 2015 Moto 360 in the near future, or even at all. Motorola and its parent company Lenovo have confirmed to The Verge that they're not working on a new smartwatch to be released in time for Android Wear 2's launch next year. Moto's head of global product development Shakil Barkat told the publication that the company doesn't "see enough pull in the market" to justify developing a new smartwatch at this point in time. He even went on to say that "wearables do not have broad enough appeal for [Moto] to continue to build on it year after year."

Based on Barkat's statements, smartwatches and other wearable devices aren't doing too well and haven't been able to attract enough audience to make a regular refresh viable. It's unclear if we'll ever see another Moto 360, since it sounds like it's not doing anything for the company. According to Barkat, though, Moto believes that the "wrist still has value," hinting that the company hasn't closed its doors on the possibility of releasing another wearable device.

In this article: android, gear, lenovo, moto360, motorola, smartwatch, wearables
All products recommended by Engadget are selected by our editorial team, independent of our parent company. Some of our stories include affiliate links. If you buy something through one of these links, we may earn an affiliate commission.