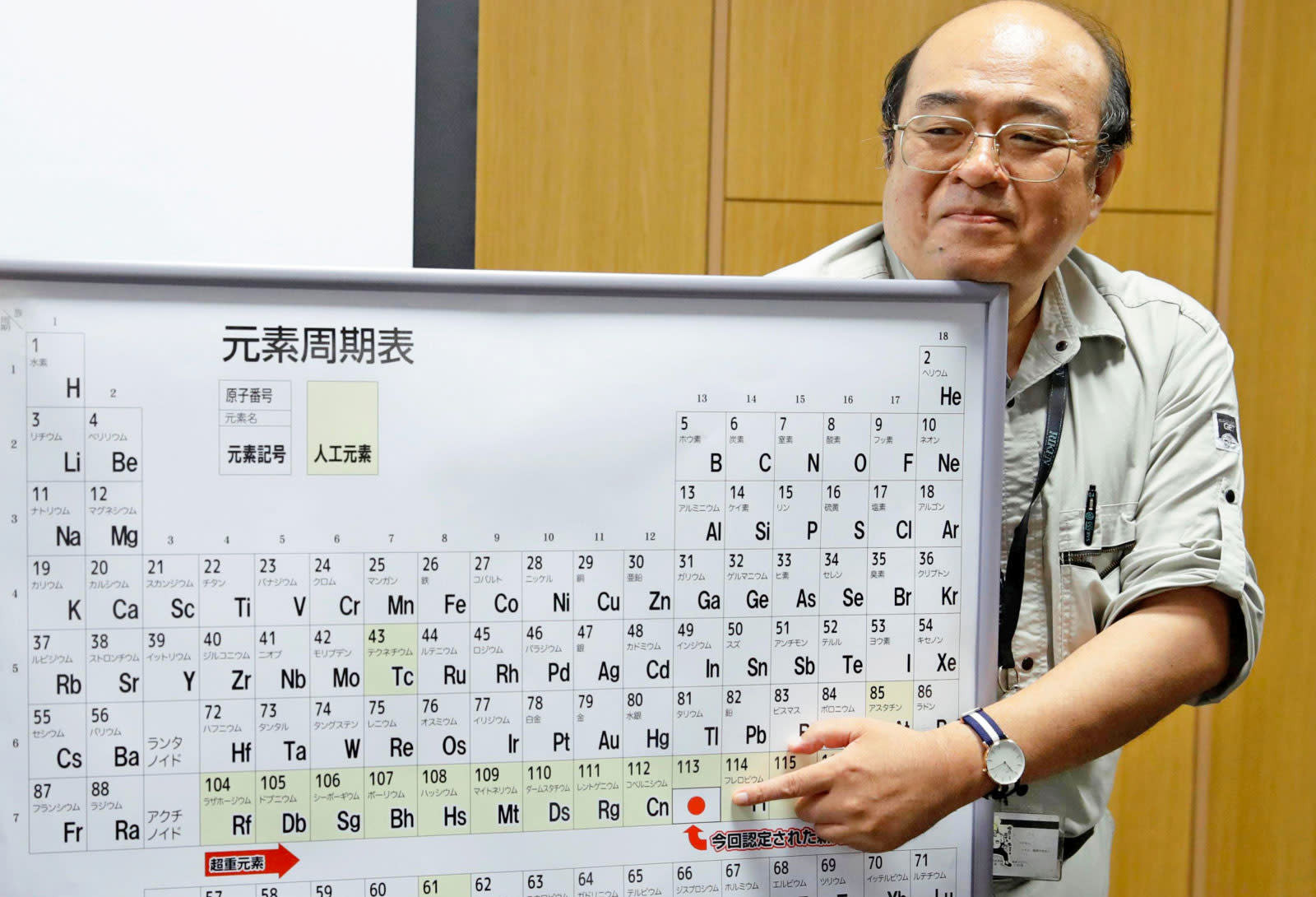 Kids have to memorize four new elements, now that the powers that be in the world of chemistry have expanded the periodic table. The International Union of Pure and Applied Chemistry has accepted the official names for elements 113, 115, 117 and 118, which it recognized in late December 2015. Previously known by their unappealing placeholder names ununtrium, ununpentium, ununseptium and ununoctium, the elements have been christened Nihonium (Nh), Moscovium (Mc), Tennessine (Ts) and Oganesson (Og), respectively.

These four superheavy elements -- they break down into lighter elements quickly -- were synthesized between 2002 and 2010 by Japanese, Russian and American teams. The scientists sent in their name proposals in June but had to go through a five-month waiting period.

Wondering how the teams came up with those names? The Japanese researchers who created element 113 based Nihonium from the word "Nihon," which means Japan in the country's language. Element 115's Russian creators named it Moscovium after Moscow, while their countrymen who made element 118 (with the help of American scientists) named theirs Oganesson after Yuri Oganessian. He's a Russian nuclear physicist who helped discover the heaviest elements in the periodic table. Finally, the Oak Ridge National Laboratory scientists, who also helped create element 115, named element 117 Tennessine after their home state of Tennessee.

In this article: elements, gadgetry, gadgets, green, periodictable, science, superheavyelements
All products recommended by Engadget are selected by our editorial team, independent of our parent company. Some of our stories include affiliate links. If you buy something through one of these links, we may earn an affiliate commission.