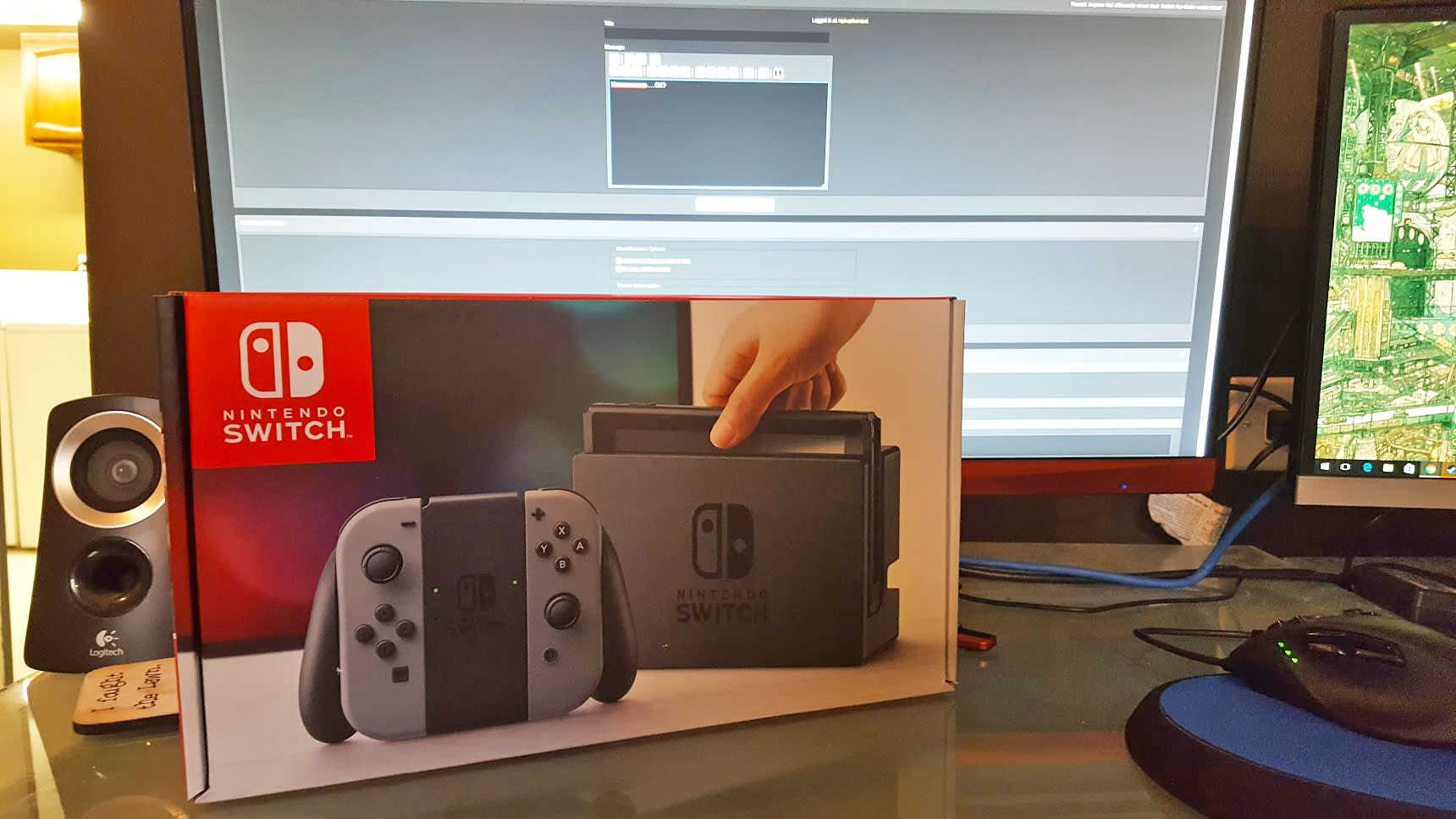 Today is a bittersweet day for NeoGAF user hiphoptherobot. His Nintendo Switch pre-order arrived on his doorstep two weeks ahead of schedule, but he has absolutely nothing to play on it. "I have no games at all," he told the popular gaming forum. "All I can do is flip through the menus." In a short video published on Vidme, he does just that -- slowly working his way through the console's set up process, peeking at News page filled with console use tutorials and fiddling with the console's settings menu.

Despite encouragement from other NeoGaf users, hiphoptherobot is hesitant to take the console online to check out the Nintendo eShop. He's afraid the store he bought it from might get in trouble with Nintendo for shipping it early. He's not being completely paranoid -- when retailers shipped the Xbox One to customers ahead of schedule, lucky gamers discovered that taking their hardware online could get it banned. Microsoft eventually sorted out the error, promising to reactivate the legitimately purchased consoles, but the process was a headache for everyone involved. The retailer who shipped the consoles early could face repercussions too, which is why the lucky NeoGAF user hasn't said who made the shipping error in his favor.

Still, it's a nice, early look at the Switch's menu system -- a minimalist interface that looks a little like a cross between the Android UI, and the PlayStation 4 menu. In his short video, he shows off the system's system setup and user creation process, its resolution settings, dark and light themes, the screenshot gallery, a tutorial for detaching the console's Joy-con controllers and a Nintendo News app. That last page seems to be a hub for game news, advertisements and tutorials for taking screenshots, setting up TV mode and charging. It does tease one thing about the Nintendo eShop, however -- underlining a banner for the store with the promise of games, DLC and demos. Hopefully, Nintendo will grace us with more information through official channels soon.

Update: Nintendo told IGN that the Switch was part of a batch that was stolen from a distributor in an "isolated incident," with one of them "illegally resold." Hiphoptherobot isn't in trouble as he didn't know about the theft, but he shipped the console back to Nintendo as he "didn't feel comfortable keeping it." In this article: av, games, gaming, hiphoptherobot, neogaf, nintendo, nintendolife, nintendoswitch, switch
All products recommended by Engadget are selected by our editorial team, independent of our parent company. Some of our stories include affiliate links. If you buy something through one of these links, we may earn an affiliate commission.