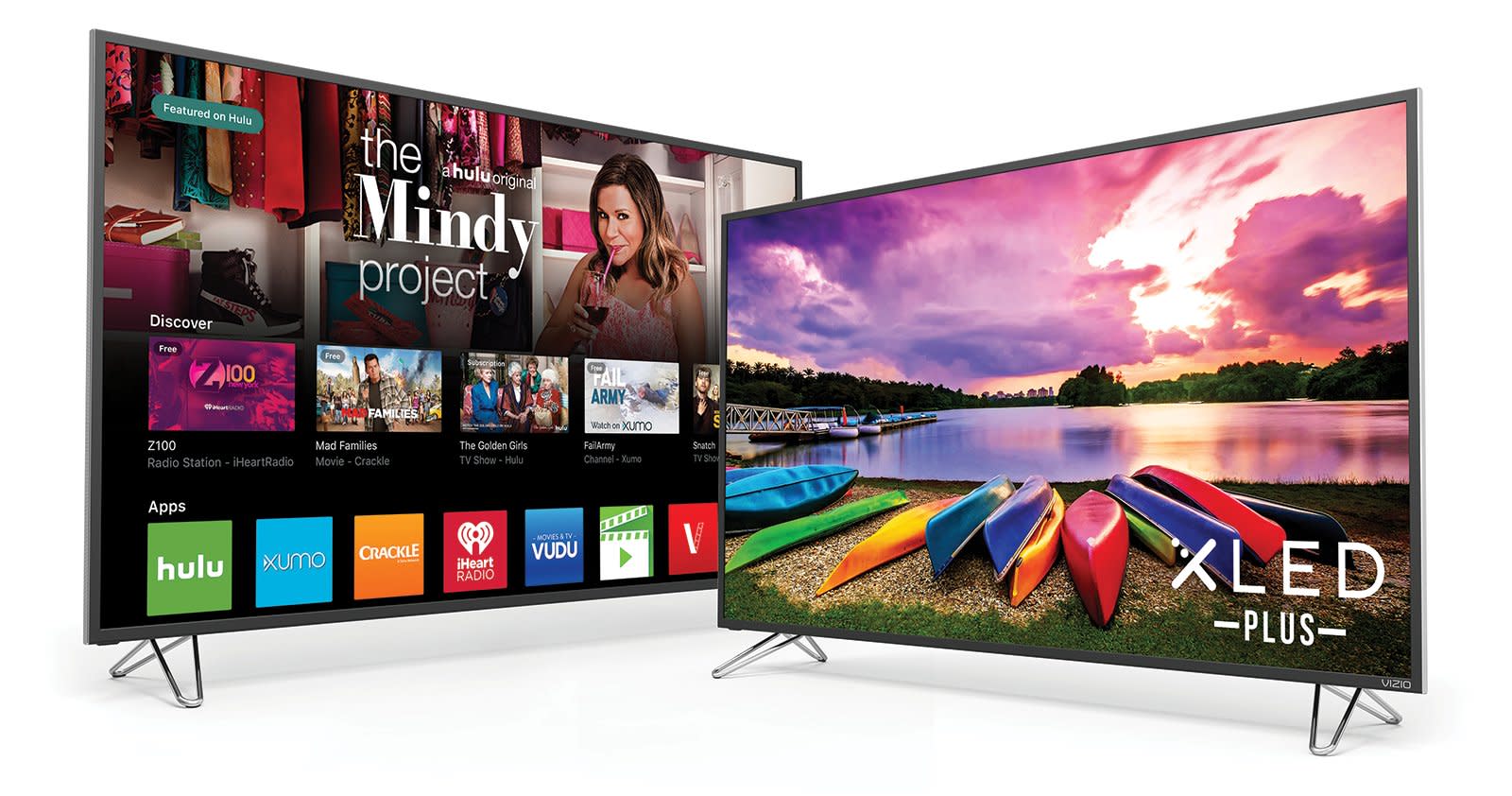 Vizio's 2017 M-series TVs were intriguing when we saw them in April. In some ways, you're getting better image quality than far more expensive sets. And now, you can give them a try -- the company has started shipping its latest M- and P-series TVs in the US. The mid-range M line is actually more affordable than we first heard: it starts at $700 for a 55-inch model and tops out at a still reasonable $2,500 for a 75-inch variant. The higher-end P-series ranges from $1,000 at 55 inches to $3,500 for 75 inches. As we mentioned earlier in the year, there are some worthwhile upgrades (particularly in the M-series) -- at least, so long as you didn't want that included Android tablet from last year.

Both model lines now have support for over a billion colors and higher brightness, the combination of which promises a more accurate picture and higher contrast. That's a particularly large upgrade for the M-series, which is now an affordable showcase for HDR material. You mainly want the P-series if you're interested in finer-grained lighting and smoother motion -- the M-series' 32 local dimming LEDs and 120Hz effective refresh rate are good for the money, but you should see a difference if you jump to the 128 LEDs and 240Hz refresh rate of the P-series screens.

In both cases, the Android tablet has been replaced with both a more conventional remote and the promise of built-in SmartCast apps (yes, the TV is casting to itself) through an update now slated to arrive this summer. Vizio tells is that most people were either using their phones or yearned for traditional control, so it's really just adapting to existing tastes. We can't blame the company for giving people what they want, but it does mean that Vizio TVs are a little less unique.

In this article: 4k, applenews, av, gear, googlecast, hdr, m-series, p-series, smartcast, television, tv, vizio, xled
All products recommended by Engadget are selected by our editorial team, independent of our parent company. Some of our stories include affiliate links. If you buy something through one of these links, we may earn an affiliate commission.