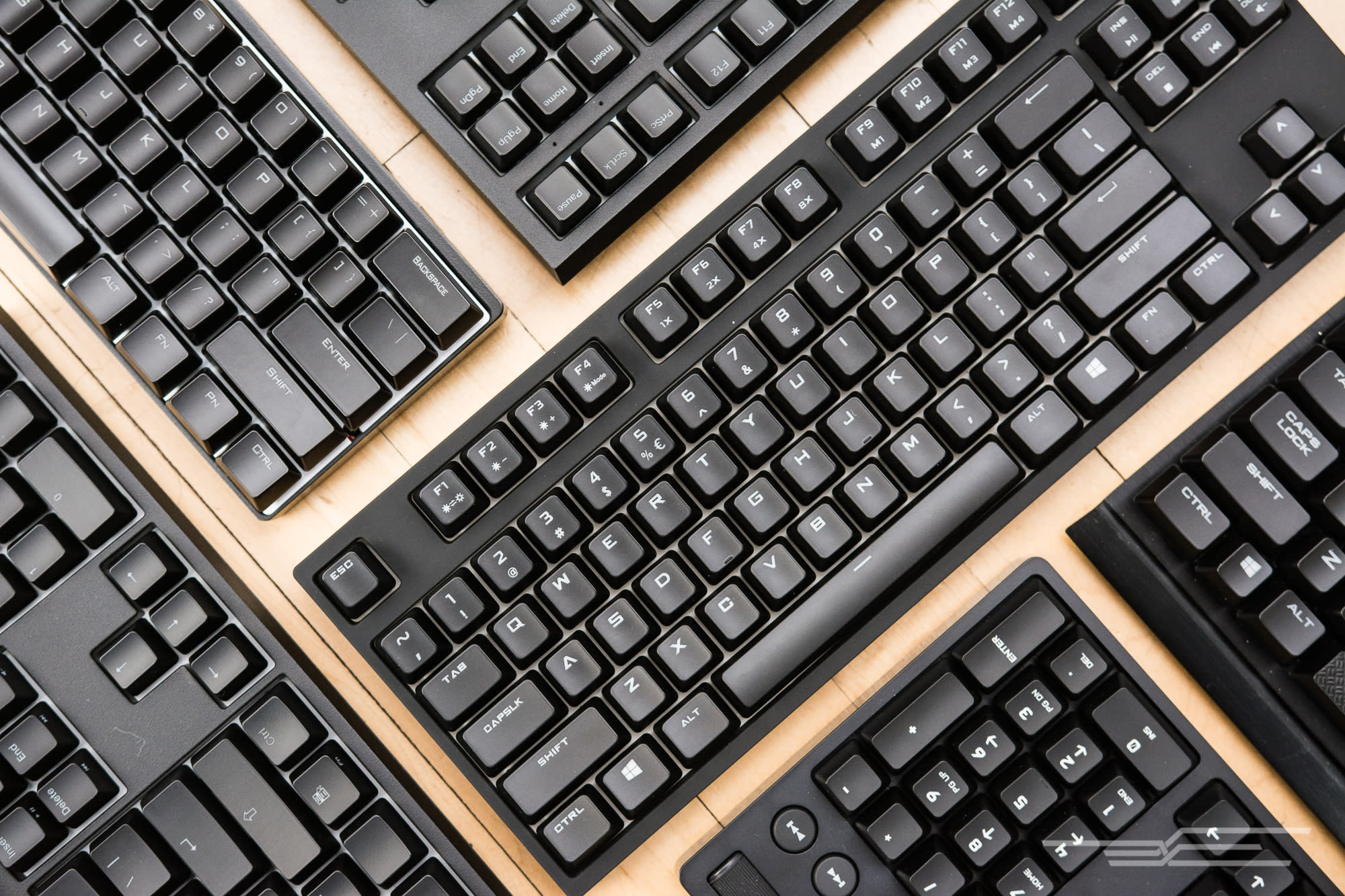 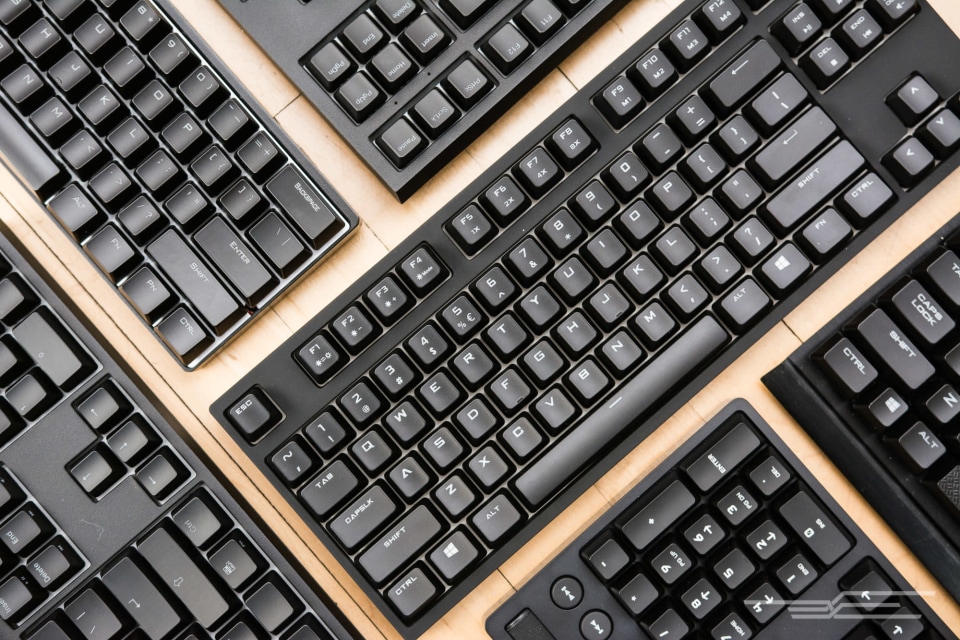 If you spend most of your day typing, a mechanical keyboard can be a worthwhile upgrade: Mechanical keyboards are more durable, responsive, comfortable, and customizable than other types of keyboards. The best for you depends a lot on personal preference and what you're using it for, but after spending months testing 31 top-rated keyboards with a four-person panel, we unanimously agree that the WASD Code 87-Key is a great place to start because of its fantastic key feel, build quality, and elegant design.

Mechanical keyboards are best for people who spend most of the day typing, and want a keyboard that's durable, comfortable, and pleasant to use. For the most part, we focused on Cherry switches in this guide, because they're by far the most prevalent and have a decades-long reputation for reliability. But we also considered some of the clones that have appeared since Cherry's switch patents expired in 2014, as well as other, completely different types of mechanical switches, such as Topre and Alps clones (the latter found in our Mac pick).

Each of Cherry's switches is named after a color, with the Cherry MX Browns, Blues, and Clears being the most popular according to GoMechanicalKeyboard's survey of enthusiasts. Because everyone has different preferences, we can't recommend one particular switch that's best for everyone. We recommend buying (or borrowing) a switch tester, trying a friend's keyboard, or going to a store and poking some mechanical keyboards for yourself. And be sure to reference our handy chart detailing the types of Cherry switches in our full guide.

There are three common sizes of mechanical keyboard: full, tenkeyless, and 60 percent. Full keyboards have all the keys: letters, numbers, modifiers, function keys, arrow keys, and a number pad. Tenkeyless (often abbreviated TKL) keyboards lack a number pad, but have all the other keys. Lastly, 60 percent keyboards—popular in the mechanical-keyboard enthusiast community—include only the essential block of letters, numbers, and modifiers, and have no function keys, no arrow keys, and no numpad.

If you need the number pad all the time, you should stick to full keyboards, but most people are best off with a tenkeyless board. We recommend a 60 percent keyboard only if you're very sure you don't need the arrow or function keys. The WASD Code 87-Key looks great on a desk, and feels great to type on.
Photo: Michael Hession

If you spend most of your time typing, the WASD Code 87-Key is a fantastic option. This keyboard is available with all the most popular switch options for general use and typists: Cherry MX Brown, MX Clear, MX Blue, or MX Green. It's available in international layouts, too. But it lacks multicolor backlighting and can't record or store macros.

Our panelists universally loved the Code because of its subtle, elegant design and unmatched build quality. The keycaps feel smooth but not slippery, and make a solid clacking noise when depressed into the steel backplate. The trade-off for the Code's superior build quality is that it weighs 2 pounds, but we don't think this is a dealbreaker. The Code 104-Key is identical to the 87-Key, but with the addition of a number pad.
Photo: Michael Hession

If you need a full-size number pad, get the Code 104-Key instead. It's exactly the same as our main pick, but includes a number pad and weighs a bit more (2.42 pounds). The Code 104-Key is available in all the same switches: Cherry MX Brown, MX Clear, MX Blue, and MX Green. If you're looking for a mechanical keyboard for your Mac, we recommend Matias's Tactile Pro. This full-size keyboard offers an unmatched combination of a Mac-standard layout, great custom switches, Mac-specific function keys, solid construction, and exceptionally useful key labels for accessing alternate characters. It also has a three-port USB 2.0 hub, with ports on each end and one in the back.

Rather than using the popular Cherry-class key switches, the Tactile Pro incorporates the same Alps switch mechanism used in the original Apple Extended Keyboard. The switches aren't a perfect match for those on the Extended Keyboard, but they're very similar. If you want a full-size keyboard for under $100, the Logitech G610 Orion is the best we found.
Photo: Michael Hession

If you want a budget mechanical keyboard with a number pad, get the Logitech G610 Orion. It's a full-size keyboard available with Cherry MX Brown or MX Red switches, and it has a fun volume-control wheel. You can assign and record Macros for the F1 through F12 keys using the Game Center software, and choose keys to disable when Game Mode is toggled. It also had one of the least-gaudy designs of the budget keyboards we considered. Most of our panel members liked the Quick Fire Rapid-i, even though it requires software to change backlight effects and has a nonremovable USB cable. If you want a gaming keyboard with programmable macros and multicolor LEDs, you should get the Razer BlackWidow Tournament Edition Chroma. The BlackWidow TE Chroma is available with Razer's proprietary Orange and Green switches that are roughly equivalent in feel to Cherry MX Browns and MX Blues, respectively. It has customizable RGB LEDs, allows macro recording for nearly every key, and has a gaming mode to disable keys and key combinations that can throw you out of the game. We don't love the edgy sci-fi font or the glowing Razer logo on the front, but overall the design is more compact and elegant than that of other gaming keyboards we looked at. The Corsair K70 LUX RGB is the best full-size gaming keyboard, with all the bells and whistles.
Photo: Michael Hession

If you want a full-size gaming keyboard with media keys and Cherry switches, the best option is the Corsair K70 LUX RGB Mechanical Gaming keyboard. It's available with Cherry MX Brown, MX Blue, MX Red, and MX Speed switches. Though the K70 LUX was one of the more expensive full-size gaming boards we tested and doesn't have the most tasteful design, it was still the favorite of our panel testers because of its superior build quality and flexibility, and handy media keys. You can assign macros to any key, and experiment with a whopping 13 lighting effects. And unlike our other picks, the K70 LUX has two sets of feet to prop up the board. By using only the front pair, you can achieve the slight negative slope recommended by ergonomic experts, unique among our picks.

In this article: BlackWidow, code104-key, code87-key, corsair, g610orion, gadgetry, gadgets, gaming, gear, k70luxrgb, keyboard, keyboards, logitech, matias, MechanicalKeyboard, partner, personal computing, personalcomputing, razer, syndicated, tactilepro, thewirecutter, wasd, wirecutter
All products recommended by Engadget are selected by our editorial team, independent of our parent company. Some of our stories include affiliate links. If you buy something through one of these links, we may earn an affiliate commission.