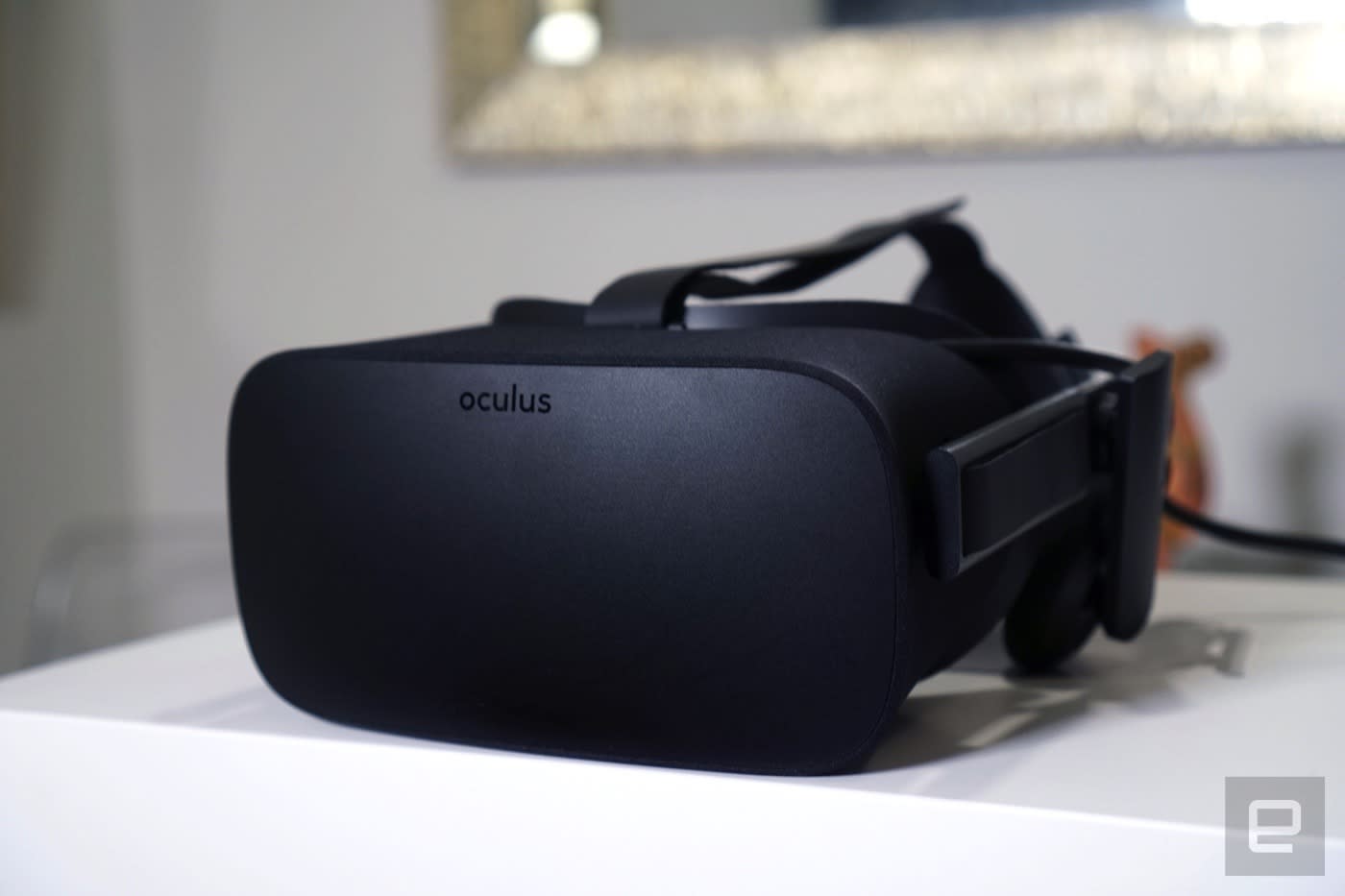 Oculus recently slashed the price of its Rift and Touch bundle by almost $100. The Facebook-owned virtual reality firm was hoping it would seal the deal for buyers considering a leap into the world of VR. But, HTC quickly followed suit with a Vive discount of its own. Still, there's plenty of fun to be had with Oculus's headset -- which has made ground on its competitors since the launch of its Touch motion controllers last year. The wealth of updates, including support for more tracking sensors and modifications to its launcher, have also helped. The same goes for Rift's latest PC release, version 1.18. The update gives you even more control over your Oculus library and offers more mixed reality capture options.

A brand-spanking new Demo Mode is the chief addition this time round. The feature basically lets you customize your library to highlight select apps, via the settings menu. Oculus suggests using the option to set-up "a self-guided tour of VR for your friends." Think of it as a way to show your buddies the best virtual reality has to offer. You want to convince your best mate to buy a headset so you can hit up multiplayer games together, right? Then, take a stab at curating the user experience, and sit back and watch the (crazy) results. Or, you could just use Demo Mode to hide your virtual porn stash. It's really up to you.

Earlier this year, Oculus introduced native mixed reality capture support to the Rift. That meant users could finally start recording themselves, mixed with actual in-game footage. The latest update builds upon the feature by improving the calibration tool, and includes support for stereo (aka 3D) cameras. However, you'll still need a green screen if you're thinking of streaming your VR adventures.

Rift fans can expect even more new features to be announced at the Oculus Connect event on October 11.

In this article: av, gear, oculus, OculusRift, personal computing, personalcomputing, rift, VirtualReality, vr, VrHeadset
All products recommended by Engadget are selected by our editorial team, independent of our parent company. Some of our stories include affiliate links. If you buy something through one of these links, we may earn an affiliate commission.