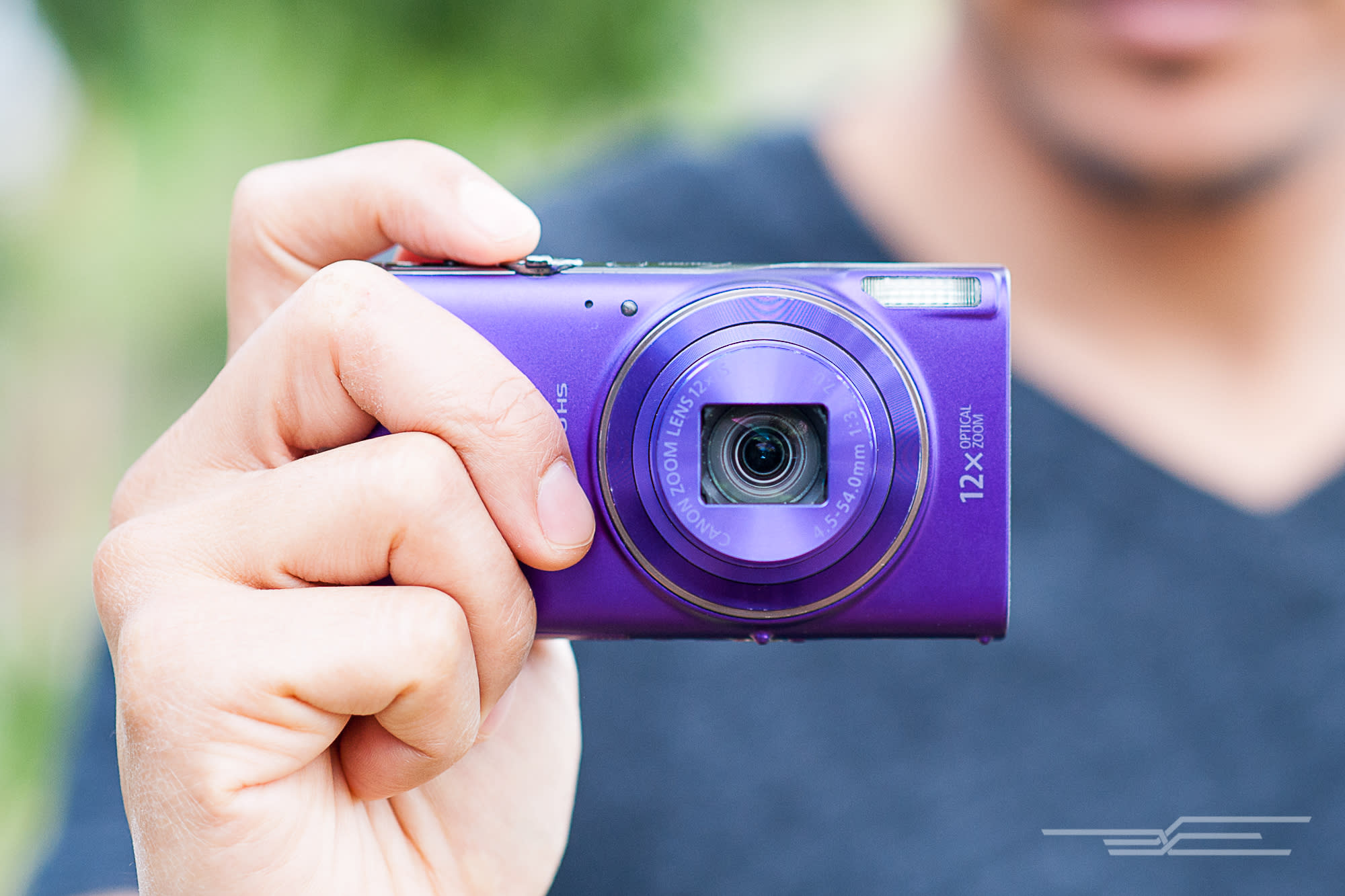 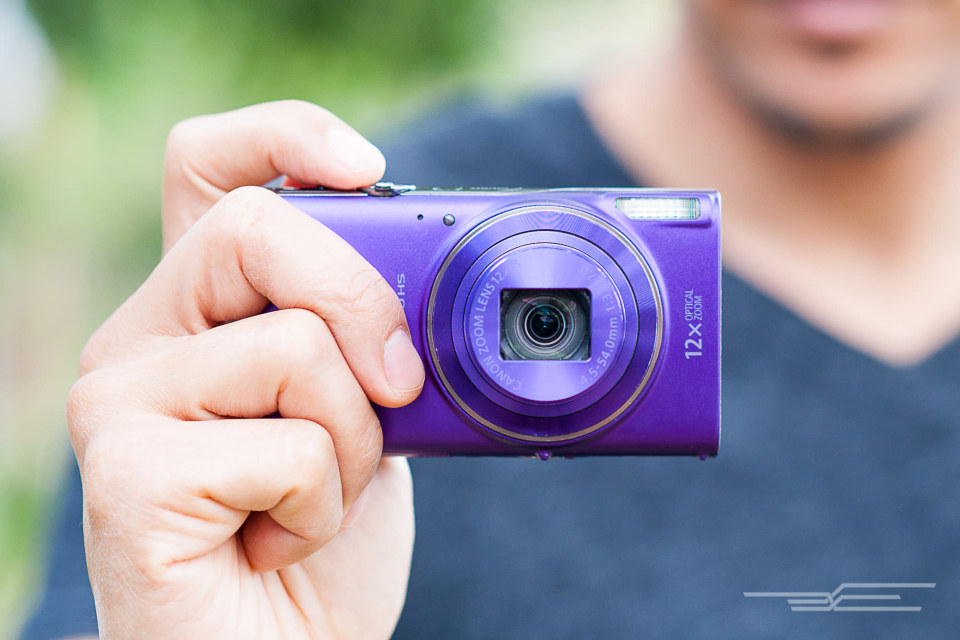 After 42 hours of research and testing over the past few years, we've found that the Canon PowerShot ELPH 360 HS (or the IXUS 285 HS, outside the US) is the best cheap point-and-shoot camera. It produces crisper, clearer photos than even some more-expensive models, and fits better into tight jeans pockets. But before you buy one, you should ask yourself if you really need this camera or if you could just use your smartphone instead.

Can't you just use your smartphone?

The cheap compact camera is on life support, facing an existential threat from ubiquitous smartphone cameras. In response, camera manufacturers have pruned their lineups to a startling degree. In years past we would see dozens of new models launched every year, but today, only a handful of models are available. If you're already an avid smartphone shooter and you haven't found yourself routinely wishing for a zoom lens, you probably don't need a stand-alone camera—or at least not one this pared-down. You'd be much better off saving your money for something that provides a more noticeable improvement in image quality and features, such as the picks in our midrange point-and-shoot guide.

But a cheap dedicated camera can still make sense. Though the battery capacity of cheap compacts is necessarily limited by their svelte design, they'll still last longer during a day of shooting than a smartphone that's also in use for navigation, texting, and video chat. The low price of beginner-level compact models also means that if your camera is lost or damaged, it's a lot less painful to fix or replace, making them a great choice for kids and tweens. If you're looking to buy a cheap compact camera, you really have only a few choices from reputable brands. Former heavy hitters such as Fujifilm, Olympus, Panasonic, Pentax, Samsung, and Sony have essentially given up on the category, leaving only the big two—Canon and Nikon—to duke it out. Still, these two brands make enough near-identical models that it can be hard for the average shopper to separate the wheat from the chaff. Here's what we look for: For most people looking for a very inexpensive camera, the Canon PowerShot ELPH 360 HS (aka the IXUS 285 HS, outside the US) is the way to go. In good light it takes sharp, brightly colored photos with minimal effort, and it also produces reasonably clean low-light images. At about 1 inch thick and 5.2 ounces in weight, it's easy to slip into your pants pocket, even in tight jeans. Canon also managed to stuff in an impressive 12x zoom.

The best thing about the 360 HS is its image quality. It produces crisp images with vibrant colors and keeps image noise to a manageable level up to about ISO 800 (even ISO 3200 is acceptable if you're only posting photos to Facebook). Canon's engineers have wisely set exposure parameters to prioritize faster shutter speeds in low light to avoid camera shake and blurry photos. Simply put, you can just turn this thing on, and most of the time it'll take a good photo. Startup time—from when you hit the power button to when you take a shot—is brisk at just over 1 second. Autofocus is also speedy, which is important when you absolutely have to catch a shot.

Wi-Fi connectivity is now standard on cameras in this price range. The Canon PowerShot ELPH 360 HS can connect directly to your computer, or you can use Canon's free Camera Connect app (for iOS and Android) to create a link between your camera and a mobile device. From the phone, you can browse all of the images stored on the camera's SD card and select which ones to copy over. You can also use the app for remote shooting, zooming the 360 HS's lens, and triggering its shutter button from your phone.

The Canon PowerShot ELPH 360 HS, like any camera in this price range, has some shortcomings. That isn't to say it's a bad camera, but you do have to accept a series of trade-offs for something this inexpensive. The most obvious compromise is short battery life. The 360 HS is rated to shoot just 180 photographs on a full charge, which is substantially fewer than what you can get from a more full-featured compact camera. Its maximum burst speed of 2.5 frames per second is also pretty slow, even by cheap-compact-camera standards, so it will struggle to catch the action at, say, your kids' weekend games.

Zoomier and longer-lasting, but more expensive If our main pick is out of stock, stepping up to the Canon PowerShot SX620 HS makes sense. Just be aware that this model is a slightly bigger, slightly heavier, and somewhat more expensive camera. Of course, you get some extra features in exchange for your extra dollars. The SX620 HS provides more than double the zoom of our top pick, along with significantly longer battery life.

On the downside, the SX620 HS's shots are slightly fuzzier than the 360 HS's in bright light. The two cameras use the same 20-megapixel CMOS sensor and DIGIC 4+ image processor, so we can attribute this difference only to the SX620 HS's more ambitious 25x zoom lens. In lens design, it's a truism that bigger zoom ratios amplify optical imperfections. But in dim conditions, the SX620 HS produces slightly better image quality, most likely thanks to its marginally wider aperture at both wide-angle (f/3.2 versus f/3.6) and full telephoto (f/6.6 versus f/7.0).

In this article: 360HS, cameras, Canon, CanonPowershot, compactcamera, gear, powershot, SX620HS, thewirecutter, wirecutter
All products recommended by Engadget are selected by our editorial team, independent of our parent company. Some of our stories include affiliate links. If you buy something through one of these links, we may earn an affiliate commission.