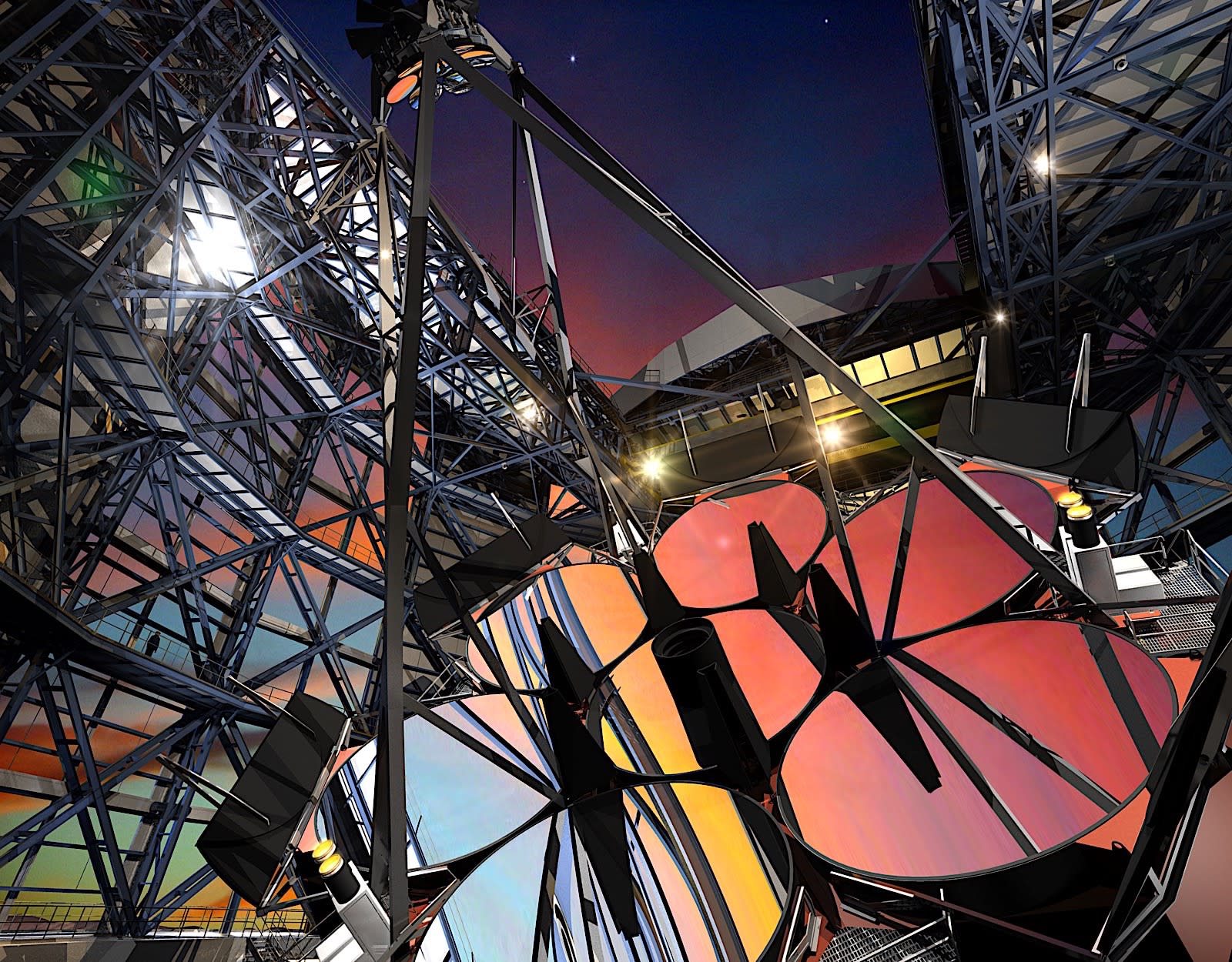 In the predawn hours of September 20th, 2017, the cavernous hangar doors of the Richard F. Caris Mirror Lab at the University of Arizona slowly swung open and the first of seven gargantuan mirrors passed through on its way to the Las Campanas Observatory in Chile where they will be assembled into one of the largest star-gazing instruments ever constructed: the Giant Magellan Telescope (GMT).

Born of a collaboration between Brazil, Korea and the US, and outfitted with massive mirrors and adaptive optics, this billion-dollar telescope will deliver images 10 times clearer than the Hubble when it sees first light in 2023, enabling researchers to peer further back in time than ever before.

"We build big telescopes to discover new things," Dr. Patrick McCarthy, vice president of operations and external relations at the GMT Organization, told Engadget. "Astronomy is different from other sciences." Physicists, he points out, generally know what subatomic particle they're looking for when they construct their accelerators. However, that is not always the case when searching the skies. "It's about looking up to the heavens and letting the heavens reveal their mysteries to us."

Once the GMT comes online, researchers will be able to search for stuff that's "just beyond the grasp of what we can do now," McCarthy continued, such as the nature of planets that orbit other stars, whether they're earthlike in their composition with water and continents, weather and biochemistry. These observations could answer questions like "Are we alone in the universe?" shifting the age-old quandary from the philosophy to science.

The GMT will be able to deliver such high-quality data because of its enormous stature. When it opens six years from now, it will be the largest such observatory on the face of the planet. Its segmented collection area will consist of six 27-foot-wide monolith mirrors anchored around a central on-axis segment. The entire assembly will measure 80 feet across and cover 368 square meters. But for as humongous as each segment is, it is crafted with nanoscale precision and polished to within a wavelength of light.

Each mirror requires nearly seven years of work to complete, Dr. Robert Shelton, president of the GMTO, told Engadget. It takes a year just to make the borosilicate glass because it's sourced from a single supplier, Japan's Ohara Corporation, which uses a method involving clay pots and proprietary chemistry. "It takes them one year to make a mirror's worth of glass," Shelton explained. Once the GMT has collected enough material for a mirror, it is spin-casted on a rotating oven platform to give it its parabolic shape. After a six-month cooling period comes the meticulous multi-year process of grinding and polishing the glass into its final shape.

In this article: Brazil, Cerro Pachón, Chile, Extremely large telescope, Giant Magellan Telescope, Hubble Space Telescope, Japan, Korea, Large Synoptic Survey Telescope, Las Campanas Observatory, Robert Shelton, space, tomorrow, University of Arizona
All products recommended by Engadget are selected by our editorial team, independent of our parent company. Some of our stories include affiliate links. If you buy something through one of these links, we may earn an affiliate commission.