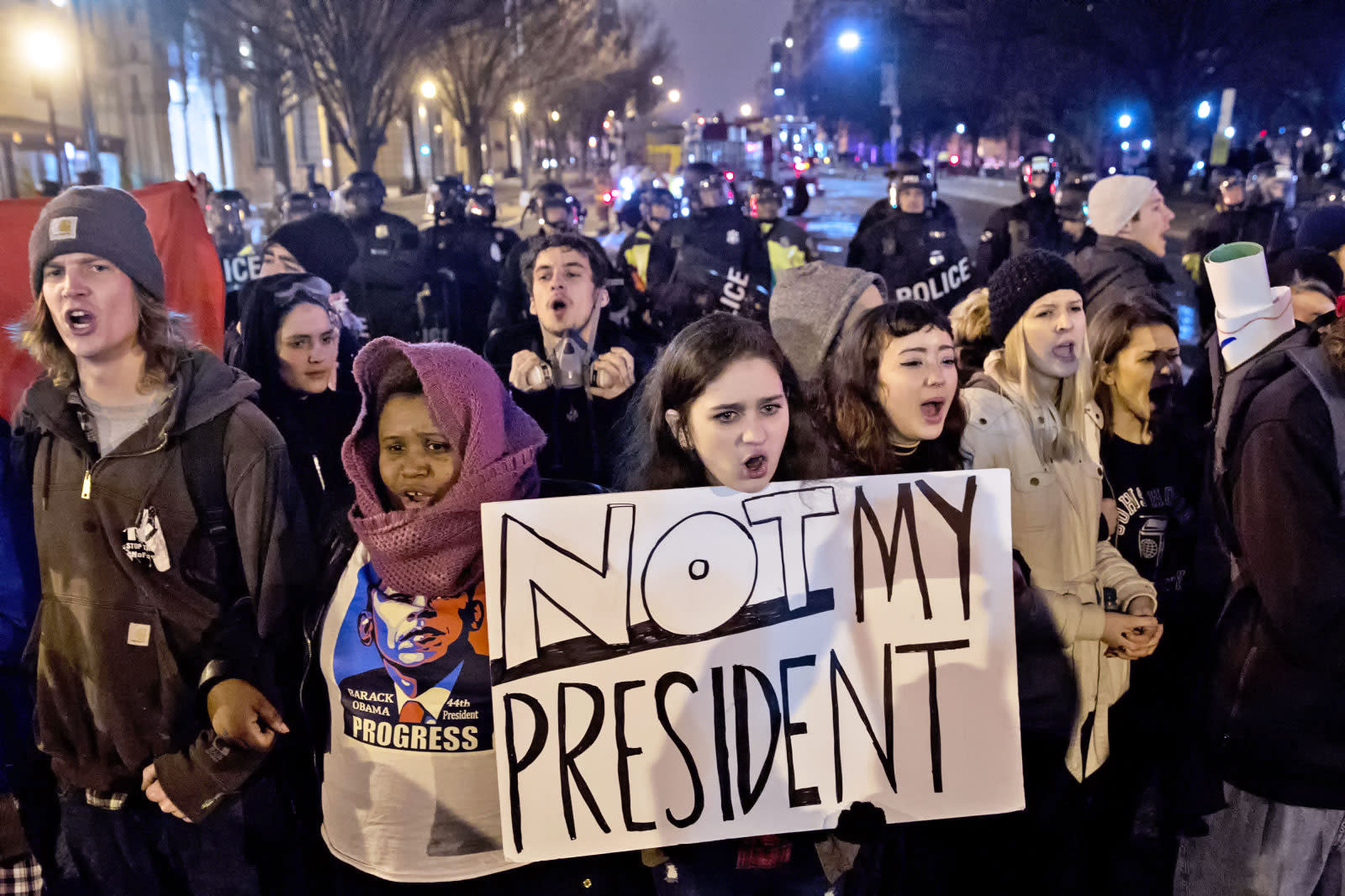 Protests on the day of President Trump's inauguration were mostly peaceful, but over 230 people were arrested on allegations of rioting... and law enforcement appears bent on scouring their internet profiles for evidence. CityLab has learned that Washington, DC police have been asking Facebook for user account information as part of their investigations. And in at least one case, Facebook warned one of the targets -- file a challenge to the data request or the company might have to comply within 10 days.

The police aren't commenting on their investigative approach, and Facebook adds that it doesn't comment on individual requests. With that said, Facebook's disclosure doesn't come out of the blue. Like other internet companies, it will notify users about law enforcement data requests when there isn't a gag order in place.

The bigger concern is the scope of the information officers want from Facebook, and whether they're above-board in handling data as a whole. If it's a subpoena or court order, police may get relatively basic info like the user's email or IP addresses from sign-ins. If there's a search warrant, though, they could get more detailed location info as well as posts and photos that aren't public. And that's assuming they're playing by the rules. CityLab understands that there has been activity on at least one phone after it was seized by police, suggesting that officers might have been hunting for information when the devices should have been tucked away in evidence bags. In that sense, the Facebook warning could be a sign of a far-reaching investigation that's pushing the limits of what's allowed.

In this article: culture, donaldtrump, facebook, internet, lawenforcement, police, politics, privacy, protest, socialnetwork, trump
All products recommended by Engadget are selected by our editorial team, independent of our parent company. Some of our stories include affiliate links. If you buy something through one of these links, we may earn an affiliate commission.