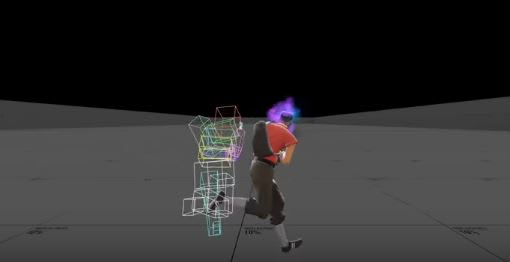 Video games with a dedicated developer team periodically release software patches to fix broken things. Sometimes these come at the behest of the title's community, and dedicated users can be counted on to pick apart janky or erratic flaws faster than developers can address them. Unless everyone misses something for, say, a decade. That's how long a particular bug had been in the shooter Team Fortress 2 -- since it was released in 2007 -- if a pair of modders are to believed, an issue that studio Valve finally fixed in yesterday's game update.

The phenomenon would've flown under history's radar if Reddit user sigsegv__ hadn't called attention to a particular fix nestled in this recent patch's unusually dense list of addressed issues. In a comment, sigsegv__ pointed out that he'd reported this bug to Valve after a developer of the TF2 Classic mod, Nicknine, first exposed the issue in a video a few weeks ago and claimed it had been in the game since its original release. sigsegv__ made his own video exploring its severity:

To explain the bug simply, if someone started the game as one of three particular classes and then shifted to any of the six others, their character would have one set of hitboxes and the server would register a slightly different one to other players. The mismatch between animated model and actual hittable zones means a decent amount of shots taken over the game's ten-year lifespan were likely near-misses when they should've been hits, assuaging the ego of anyone who swore they'd gotten that sweet headshot that one time.

Fixing it was as simple as changing one line of code, sigsegv__ claims in the Reddit comment, but knowing which line and where was the real trick. We've reached out to both modders and Valve, and will update when we know more about the bug. For now, rest easy that your shots are slightly more accurate and a long-overlooked wrong has been righted.

Source: Reddit
In this article: av, bug, developers, gaming, mods, patch, TeamFortress2, VideoGames
All products recommended by Engadget are selected by our editorial team, independent of our parent company. Some of our stories include affiliate links. If you buy something through one of these links, we may earn an affiliate commission.