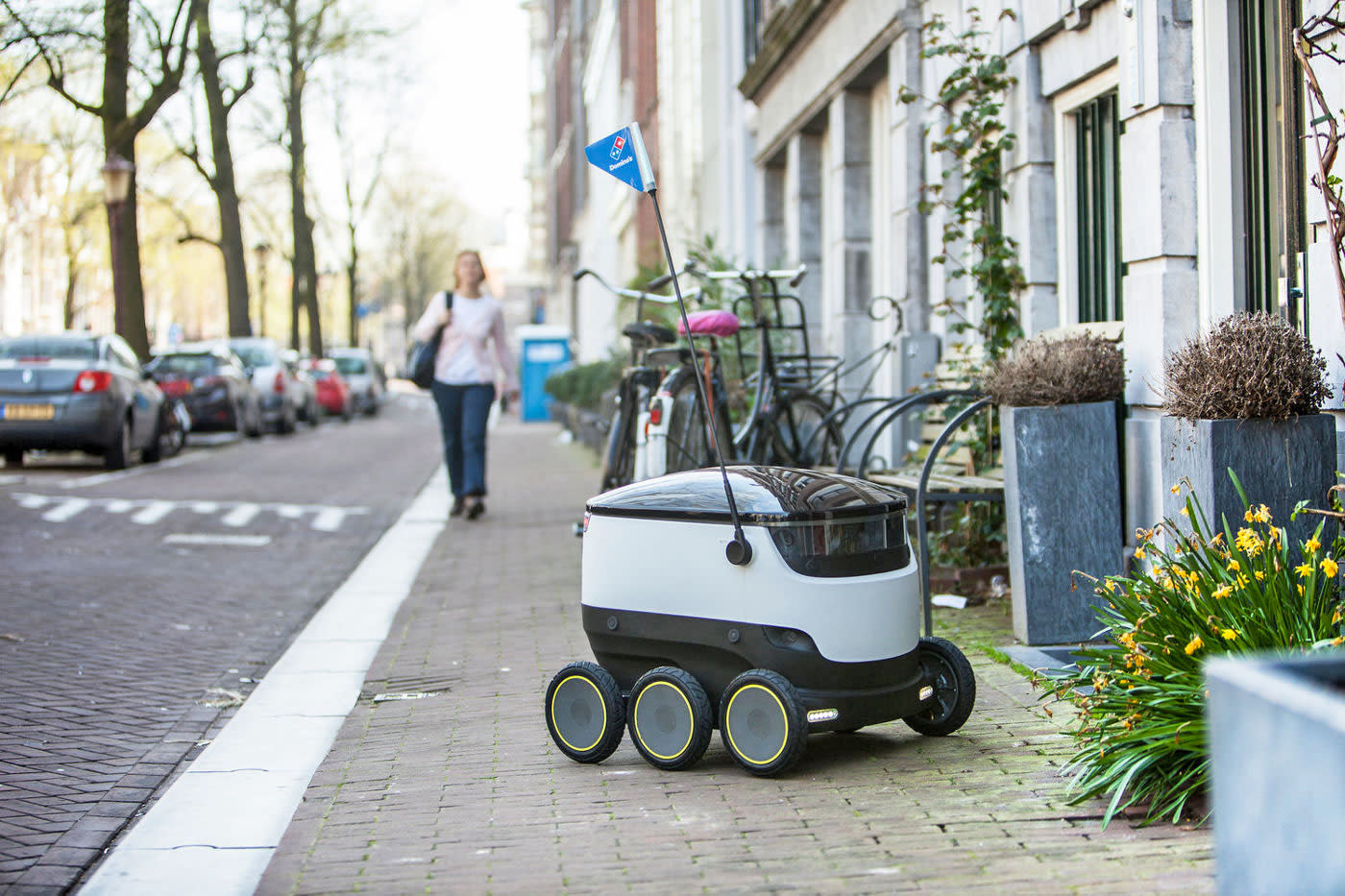 Domino's has unleashed another set of pizza delivery drones, this time in Germany and the Netherlands. Last year, it worked with Flirtey to drop pizza to customers in New Zealand using unmanned aerial vehicles. For this pilot program, however, it chose to use autonomous rovers developed by Starship Technologies, a company built by two of Skype's founders. Domino's told Engadget that launching this program doesn't mean it has given up on developing its own delivery drones, which it's been doing for a year now.

Both this pilot and the one in New Zealand come under the auspices of DRU (Domino's Robotic Unit), the same division that's developing its homegrown machine. "[I]t's not a matter of changes," a spokesperson told us, "but running multiple programs to bring technology, that makes ordering faster and simpler, to our customers as quickly as possible." Domino's Pizza Enterprises Chief Executive Officer Don Meij also said in a statement that if the company doesn't add drones to its fleet through initiatives like this, it won't have enough delivery drivers with its growth plans over the next five to 10 years.

Starship's autonomous rover is a battery-powered wheeled machine designed to run on sidewalks. It can carry up to 20 pounds of food -- eight pizzas or a combination of pizzas, sides, drinks and dessert products -- per delivery, kept inside a cargo hold. Customers can unlock that cargo hold with a code sent to their phones.

Unfortunately, the pilot isn't available all over the two European countries. In fact, it's only open to people living within a one-mile radius of certain stores in select German and Dutch cities. If you live in either country, you'll have to call your local branch and ask if it can send a wheeled drone your way.

In this article: culture, dominos, drone, food and drink, food-and-drink, foodanddrink, germany, netherlands, pizza, robots
All products recommended by Engadget are selected by our editorial team, independent of our parent company. Some of our stories include affiliate links. If you buy something through one of these links, we may earn an affiliate commission.