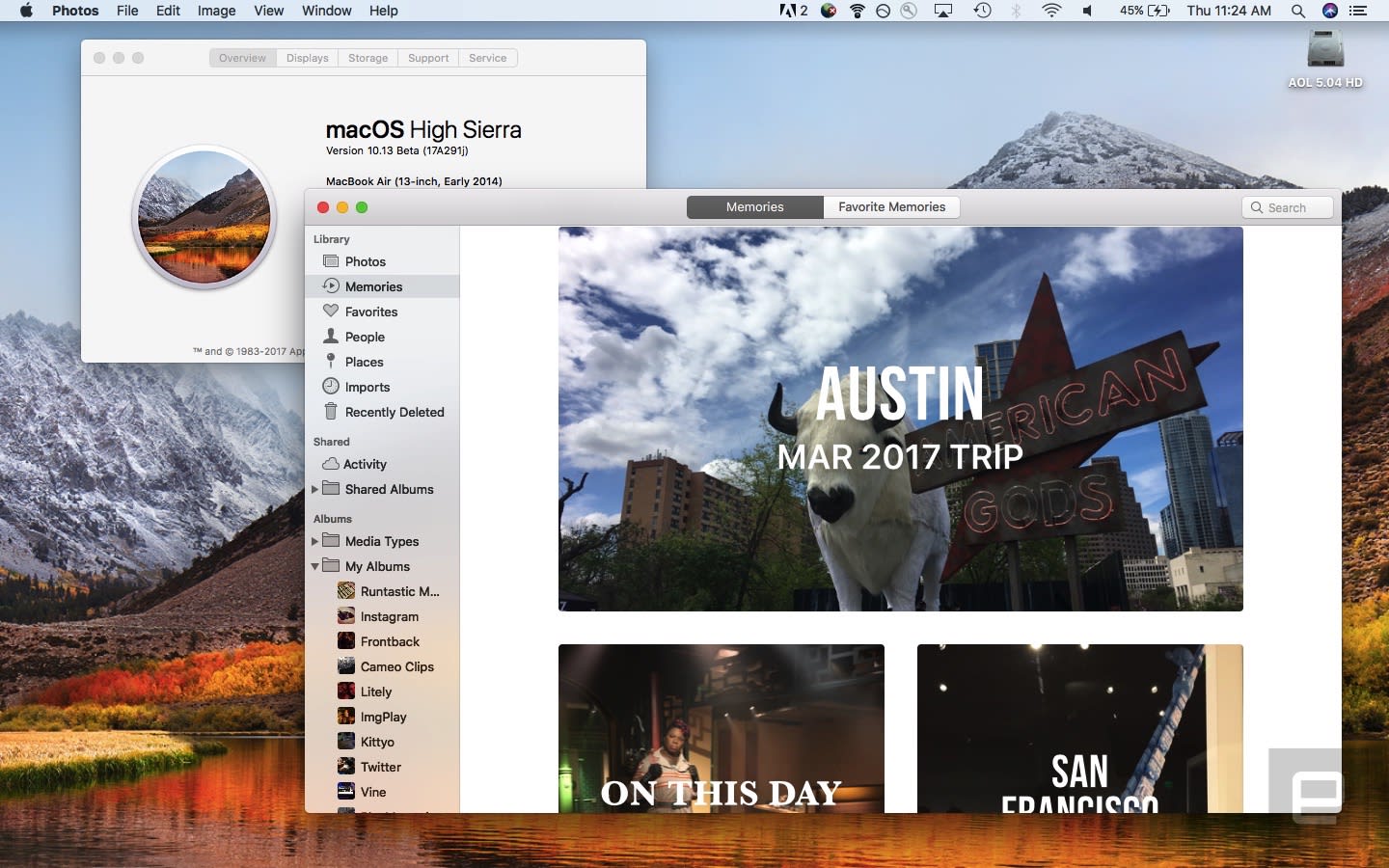 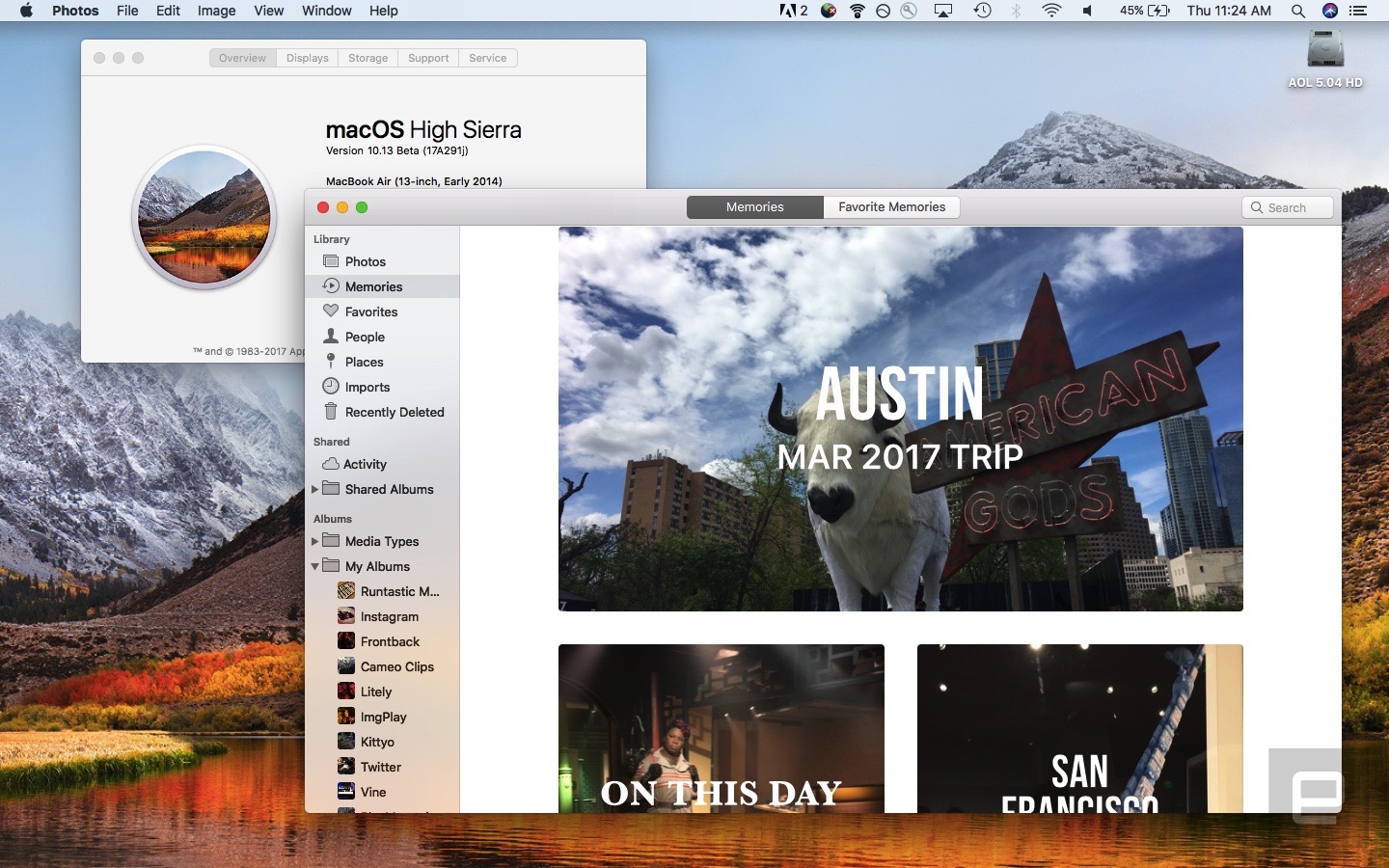 You can tell by its name: The next version of Apple's macOS, High Sierra, isn't a huge and transformative update. Instead, like Snow Leopard and Mountain Lion, the new OS refines what came before it. It's hard not to feel a bit disappointed, though, since last year's macOS Sierra was also a modest update. It brought Siri to the desktop and Apple Pay to the web but didn't fundamentally change how we used Macs. Now with High Sierra's first public preview, we're getting even more incremental upgrades.

While the new OS isn't flashy -- you'll barely even notice you've upgraded -- it's an important stepping stone for Apple. It brings along some important changes under the hood that will modernize macOS and prepare it for the future of desktop computing. But with iOS getting some major updates that make it look and feel more like macOS, especially on iPads, it's also transforming into a legitimately competitive platform to macOS. We can't help but wonder when Apple will deliver something truly new for Macs. The most significant change in High Sierra is something you'll never actually see. It's now relying on Apple File System (APFS) instead of HFS+, which has been the de facto Mac file system since 1998's Mac OS 8.1. Mostly, the upgrade means Apple's computers will be able to natively handle advanced features like encryption and combining multiple volumes into a single drive. While HFS+ had those features, they were basically bolted on with Apple's Core Storage volume manager. Native support in APFS means there will be less overhead; everything will be a bit faster, with less room for failure.

Overall, Apple File System will be a more efficient and safer way to handle your data on Macs. With the addition of crash protection and safer document saving, you won't have to worry as much about losing data if your computer suddenly loses power. APFS adds Snapshots, the ability to capture a copy of your file system to ease backups and reversions. Snapshots don't take up space at first, but they'll grow in size as they track what's changed in your file system.

Journaling, the HFS+ feature for recording file system changes, is also a thing of the past with APFS. Since the new file system can keep better track of all of your data on its own, there's no need to have a separate journal to log those changes. That adds up to a slight performance win, since you're not constantly hitting the journal every time you change your data. Apple notes the new approach could lead to a bit more file fragmentation, but it's counteracted that by building stronger defragmentation into High Sierra. You shouldn't have to worry about doing anything differently to maintain your files, but hopefully you'll notice things are a bit faster. Additionally, APFS is better suited for flash, solid state and Fusion Drives since it writes data more efficiently.

I didn't notice any significant changes in the High Sierra Public Preview due to APFS. Copying and saving files worked the same as before. But in an ideal world, I shouldn't notice any difference. The big concern with any file system change is that it could lead to issues with your data, but Apple notes that developers have had time to experiment with APFS for the past year. It also upgraded all iPhones and iPads to APFS with iOS 10.3, which served as a test-bed for converting hundreds of millions of devices.

Looking ahead, APFS puts Apple in a better position to add more-advanced file system features down the line. And since it's entirely 64-bit, it'll be able to handle larger files more efficiently. (HFS+ already supported disks and files up to eight exabytes.) 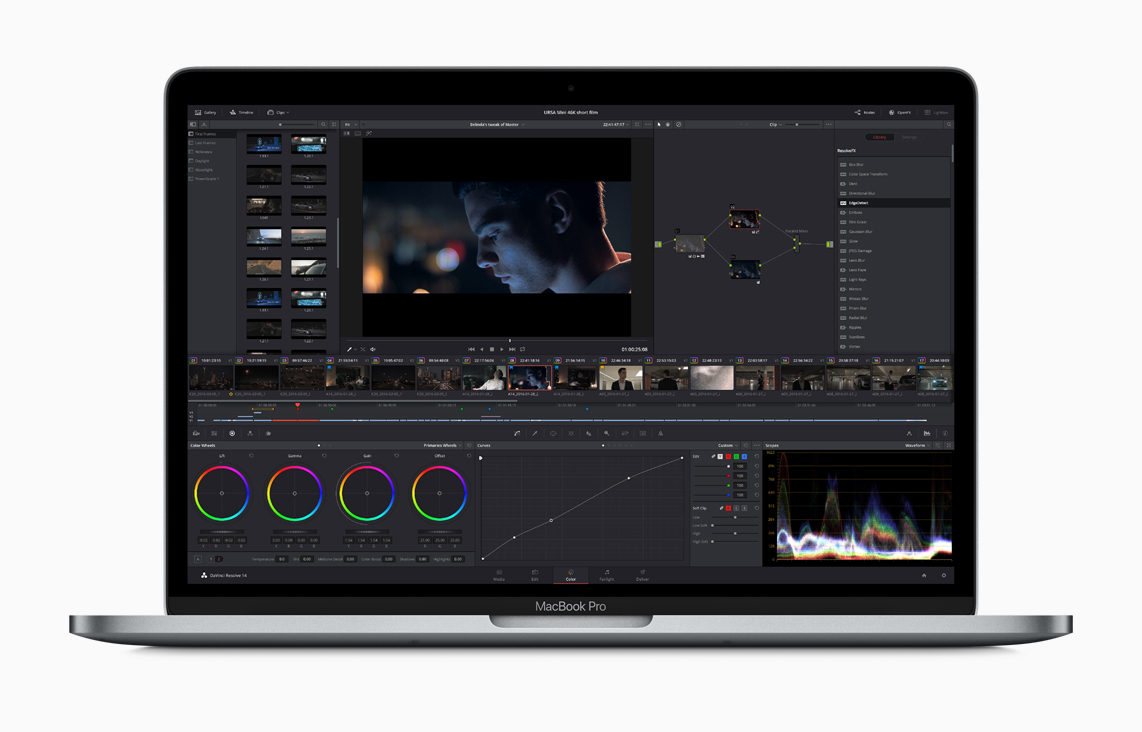 With Metal 2, Apple is getting more serious about graphics. It marks the first time Apple has unified its Metal APIs across all of its platforms -- iOS, tvOS and macOS -- making it simpler for developers to design apps for all of them. Just like with AFS, Apple claims the biggest benefit with Metal 2 is efficiency. It'll be able to take advantage of modern GPUs (graphics processing units) more than before, so things like drawing windows and moving them around should strain your CPU less.

This time around, the entire MacOS window server, which draws all the applications you see, is built atop Metal 2. Surprisingly, Apple claims that lower-powered systems with integrated graphics will see the biggest benefit from the changes. The original Metal already tapped into the additional performance in machines with dedicated graphics. Developers will also be able to use the new APIs to build in more GPU compute capabilities -- where apps rely on graphics cards, instead of the CPU, for crunching data. That opens the door to things like machine learning, computer vision and natural language capabilities. 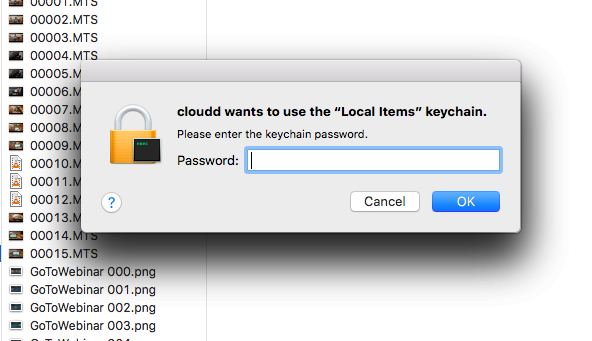 Metal 2 will also play a big role in High Sierra's VR and external GPU capabilities. I didn't have a chance to test out either feature, but the potential is there to finally bring Macs in parity with PCs when it comes to VR and gaming. On my 2014-era MacBook Air, I didn't notice much of a difference in window rendering or even more flashy graphical features like Exposé. This being a preview release, I saw some weird graphical glitches, especially around drop shadows in pop-up windows (see above). But these are the sorts of issues that will likely be ironed out by High Sierra's official release.

Sticking with the general theme from High Sierra, the Photos app is only a slight improvement. Last year, Apple delivered a massive update that brought the app more in line with its iOS sibling. Now it's offering more ways to manage and beautify your pics. For one, Photos makes the editing tools available to you much more visible, and you can quickly judge your edits against the original image with the new compare button. And for the first time, you can tweak color curves in your photos. That'll let you make specific color adjustments that simply weren't possible before.

Among the more useful changes, Photos now lets you send an image to an external photo-editing app like Photoshop and Pixelmator. Changes you make in those apps show up as a separate layer within Photos -- but of course, you can choose to export your work from them as well. Photos' people recognition is smarter this time around, and it'll also sync the people you add with your other devices if you're using iCloud Photo Library. Furthermore, you can expect the Memories feature to be much smarter than before, with a better ability to find things like duplicates and smiles while avoiding photos where people might be blinking. There are over a dozen new Memories types, including pets, babies and weddings.

In this article: apple, gear, HighSierra, impressions, MacOS, Macs, personal computing, personalcomputing, preview
All products recommended by Engadget are selected by our editorial team, independent of our parent company. Some of our stories include affiliate links. If you buy something through one of these links, we may earn an affiliate commission.