‘Shadow of the Colossus’ remake is missing something vital

If you haven't played it you should, but purists will be disappointed.
D. Hardawar|02.06.18
@devindra

Warning: This article contains major spoilers for Shadow of the Colossus.

Shadow of Colossus on the PlayStation 4 has everything you'd expect in a modern game. Its sharp graphics are are a huge step above the original PlayStation 2 title, which was released in 2005. There's support for HDR and, if you own a PlayStation 4 Pro, you even have the option of 4K rendering. At last, there's a console capable of handling the scope of Fumito Ueda's grand vision.

And yet, it also feels as if we've lost something. The hazy beauty of the game's mysterious world has all but disappeared, replaced with higher resolution graphics that almost seem too sharp, erasing some of the mystery. And it's not as if we're lacking in open world games with huge worlds where you fight giant creatures. Shadow of the Colossus is still a towering achievement, one you should definitely play it if you missed out on prior releases. But this remake simply isn't the same.

On the one hand, that's inevitable. Only purists would want to play the PS2 version of the game today, since that involves digging up an old console and suffering through an old-school 480p resolution. While you can stream the PS3 re-release on PlayStation Now, it's also not the same experience as the original, thanks to slightly improved graphics. Playing the first game in 2005 felt almost impossible -- as if there was too much grandeur for the PlayStation 2 to handle. That's what made it easy to overlook the choppy framerate, the sometimes low draw distance and the quirky (and infuriating) gameplay mechanics.

The remake still captures the unique sense of melancholy from the original -- it's clear this isn't a Zelda game. You slowly trot through a vast landscape on your horse, and it's revealed that you're carrying the dead body of a girl. Based on how you gingerly place her upon a sun-kissed stone pedestal, it's someone you care about. Instead of vowing to save the world, you agree to give up a bit of your soul to save her. As you travel the land and hunt down the colossi, it becomes increasingly obvious that the real monster is you. They're just peacefully going about their lives. You're the intruder murdering them for your own selfish desires. 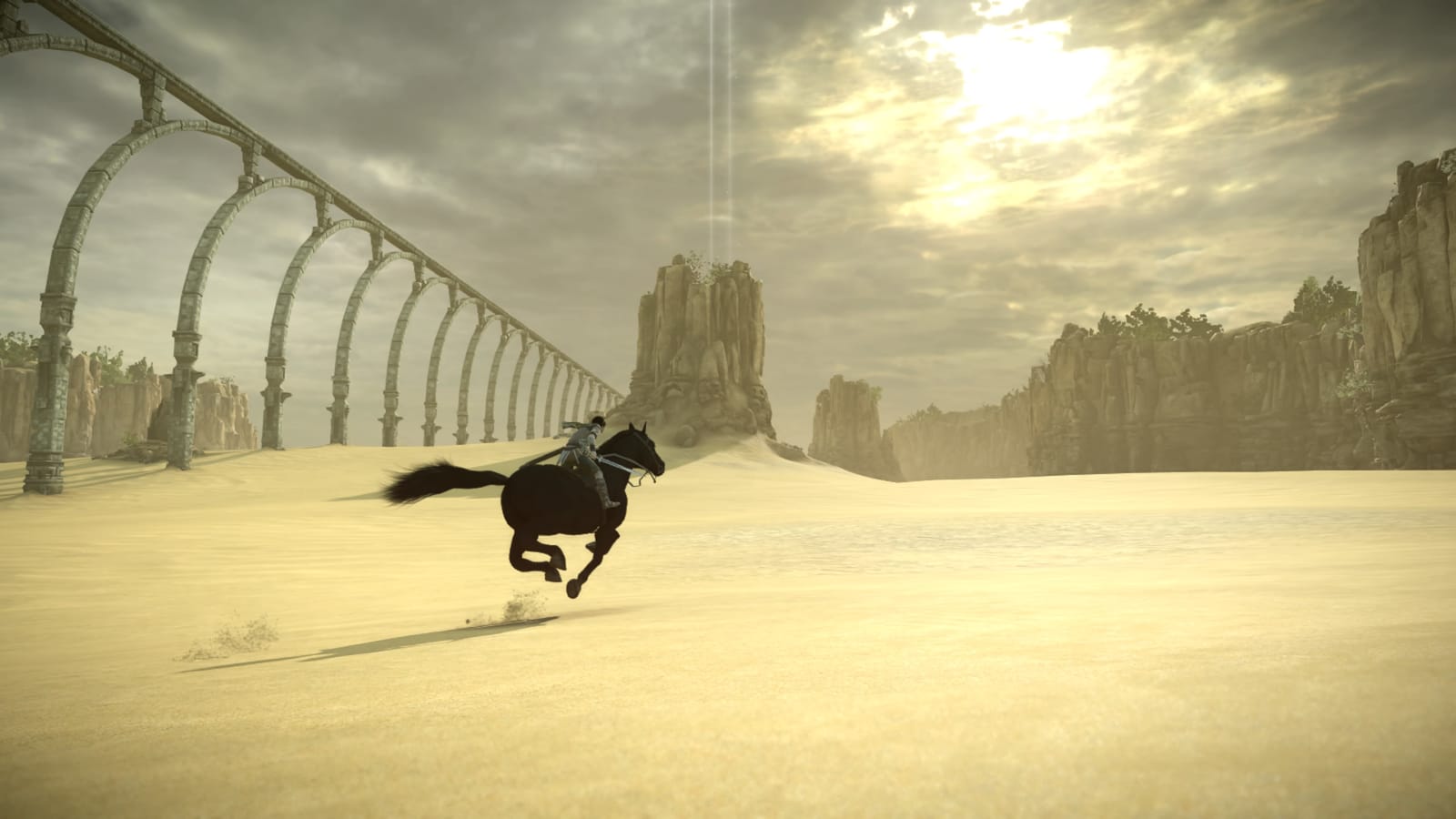 No other game has managed to deliver the same experience. I won't go too much into its ending, but needless to say, it's not what you'd expect. While most titles let you walk off into the sunset triumphantly, in Shadow of the Colossus you're meant to reckon with the decisions you've made. The sheer weight of which make the Dark Souls games seem like a stroll through a botanical garden.

Perhaps it's too much to expect a remake to live up to our nostalgia. This version of the game was developed by Bluepoint Productions, without the oversight of Ueda and the original design team. Instead of working within the limitations of an underpowered console, their goal was to make the game shine as much as possible on newer hardware. 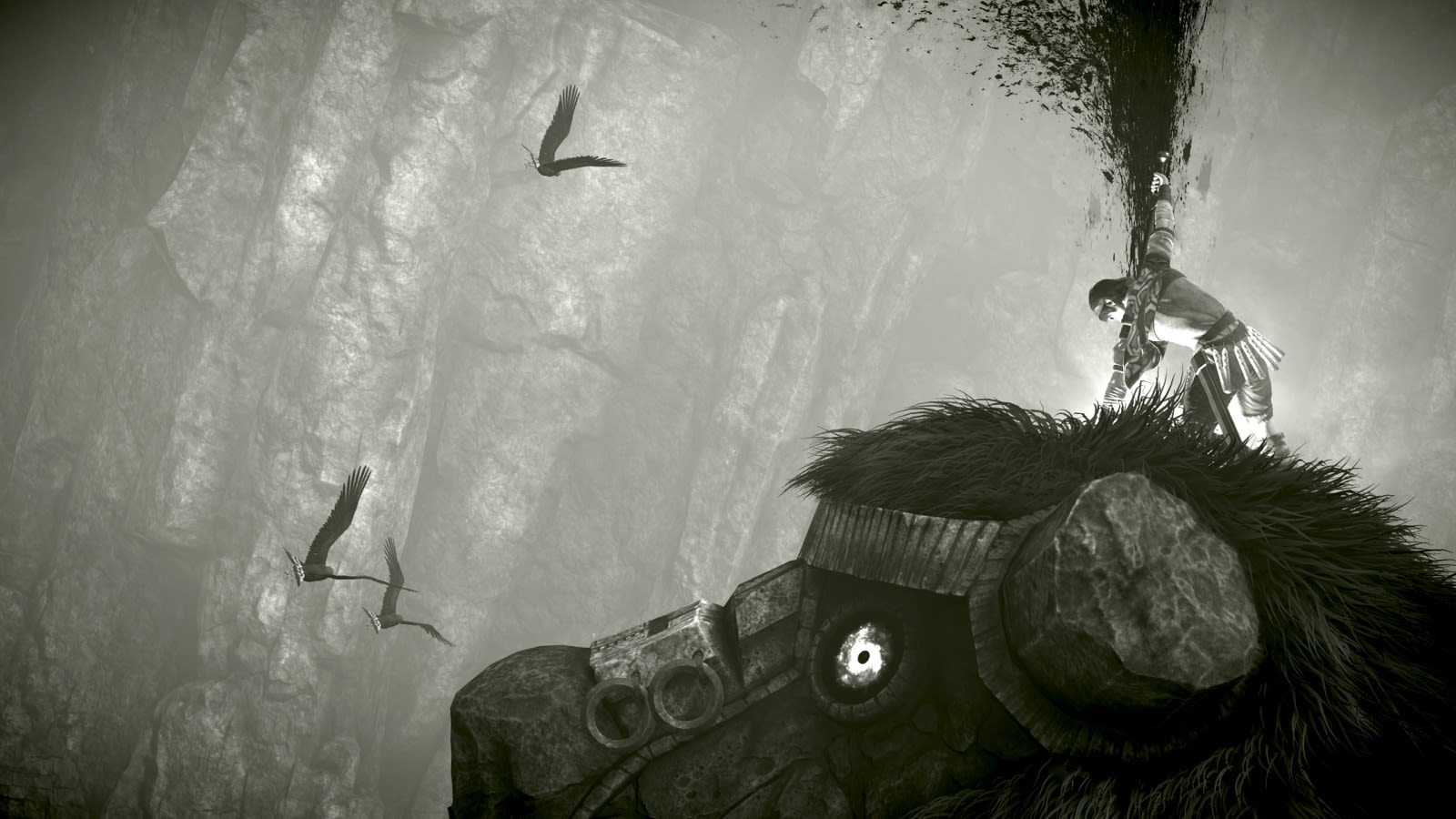 That's not necessarily a bad thing, though. Riding my horse Agro through the revamped overworld was a more rewarding experience simply because everything looked better. And the developers also fine-tuned some of more annoying gameplay elements. It's easier to hop on Agro, as well as hang onto enemies thanks to an improved control scheme. Aiming your bow is also much more accurate, and you can save anywhere, instead of just at shrines.

As someone who cares about accurate game preservation, I would have loved to see a way to play the remake alongside the original. The ability to quickly flip between the new and old graphics, similar to the Halo 2 Anniversary release, would likely involve more work than Sony is willing to put in to a $40 release. At the very least, it would have been nice if the original game was a part of the package. We know Sony has a PS2 emulator available for the PS4, after all. For now, we'll have to make do with the streaming PlayStation Now PS3 release. 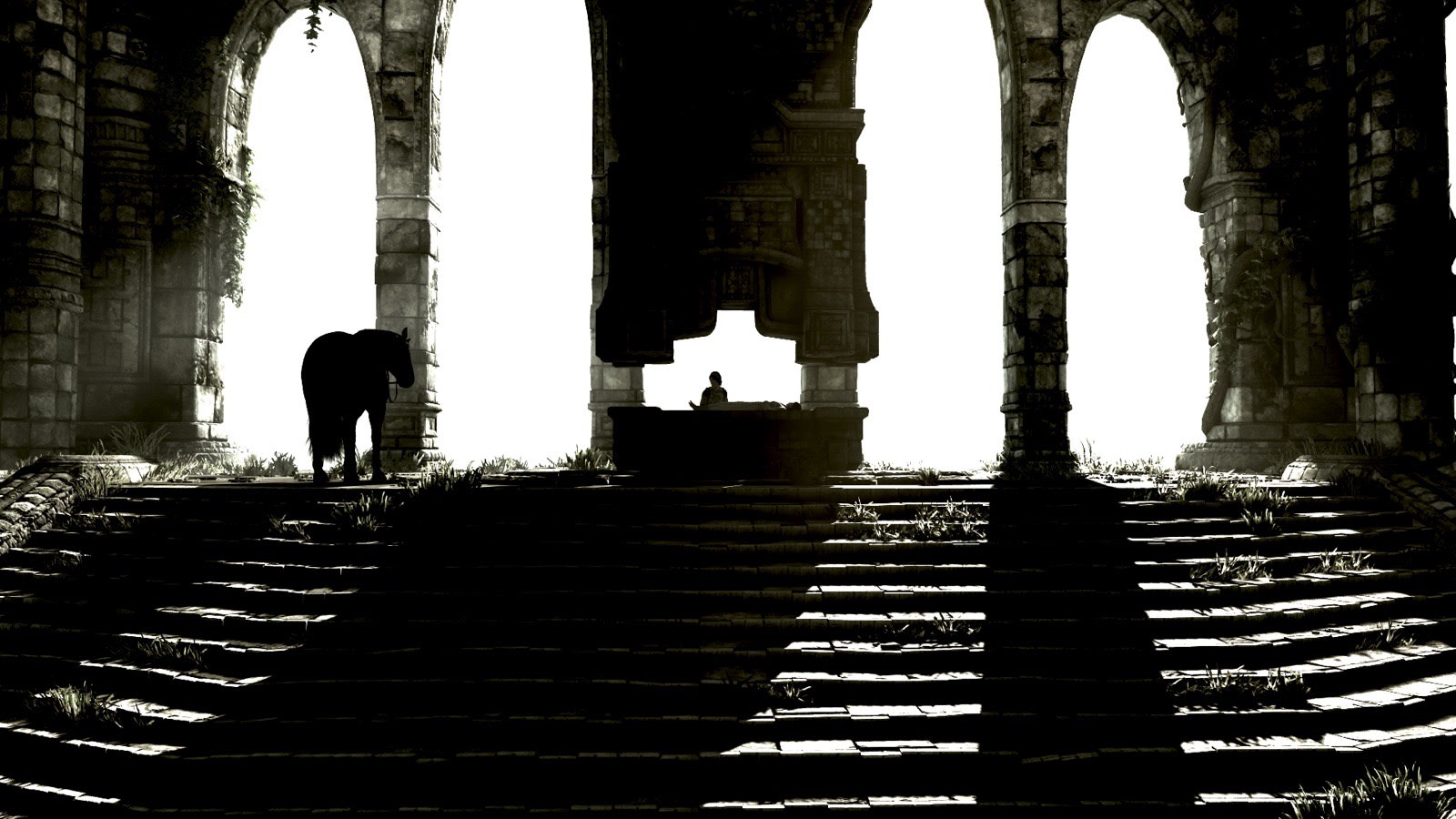 So how do you remake a classic? Very carefully, as this version of Shadow of the Colossus demonstrates. As I revisited familiar lands and killed beautiful beasts once again, I was reminded that games, perhaps more than any other medium, are a product of their times. What was once groundbreaking could be considered dull and unplayable just a few years later. If you missed out on Shadow of the Colossus the first time around, it'll be tough to understand just how much of an impact it had. Still, it remains a completely unique experience 15 years later.