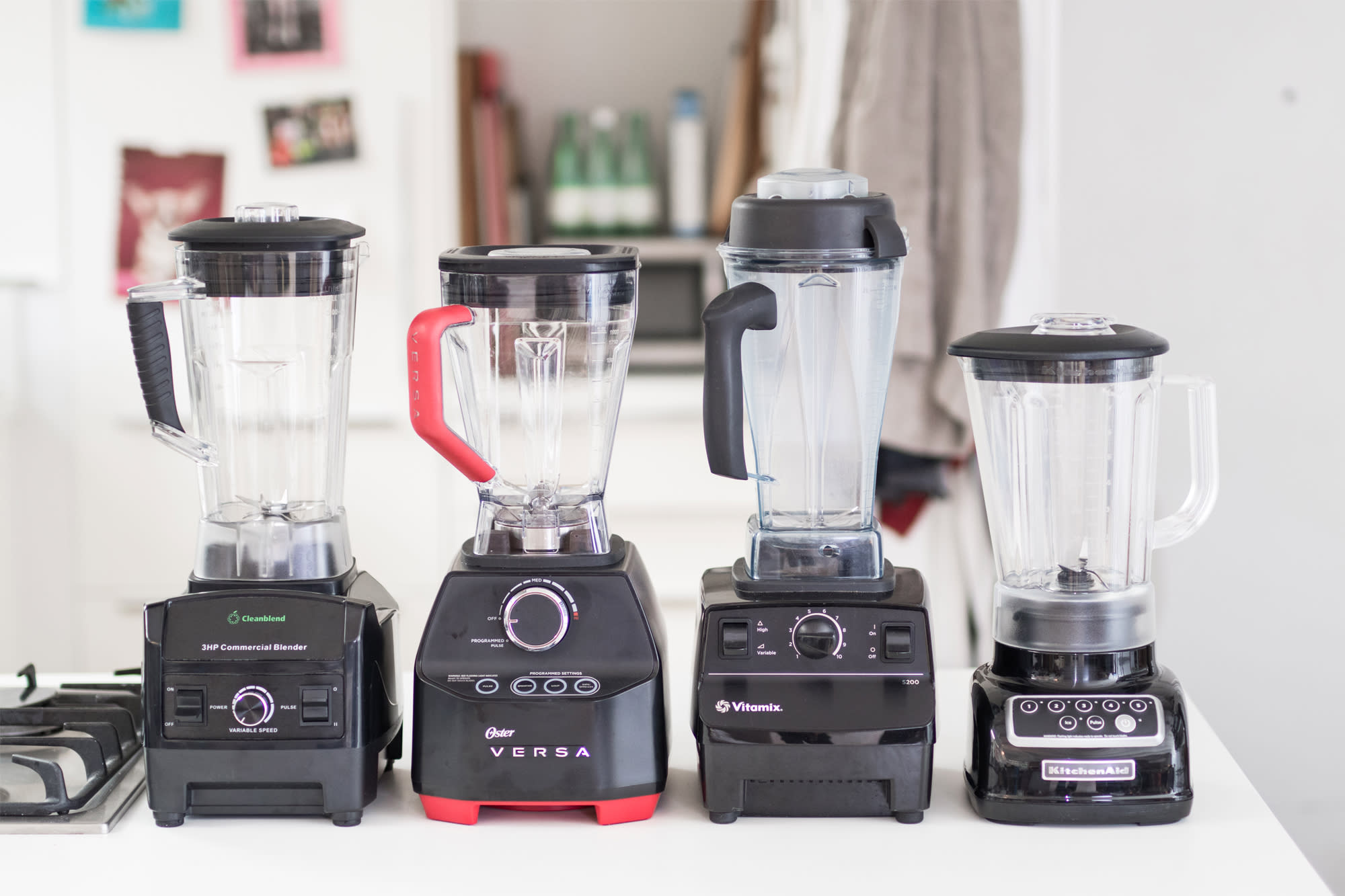 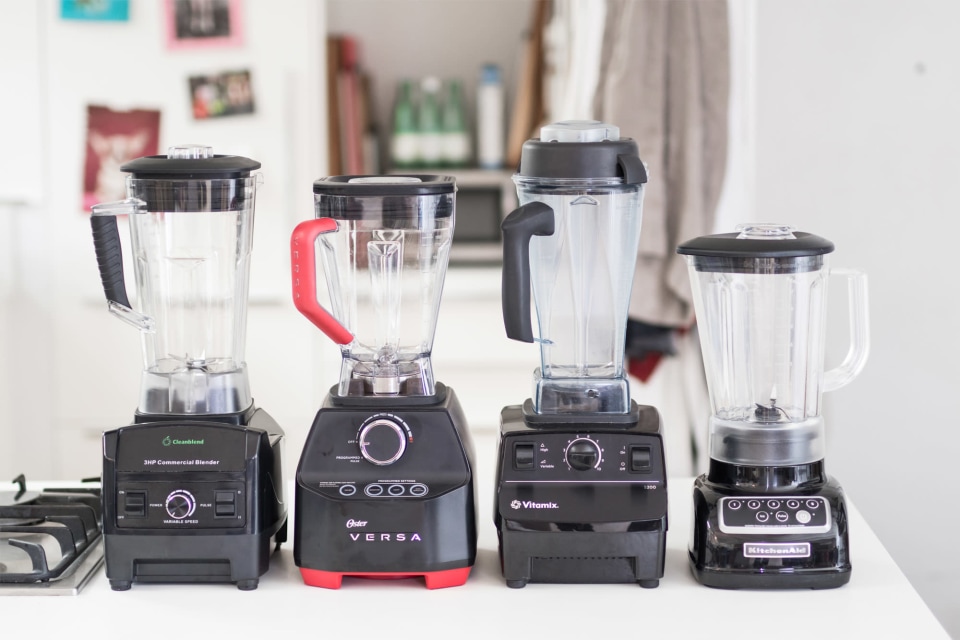 After researching dozens of blenders, talking with five experts, and testing 22 models over the course of five years, we're confident that the Oster Versa Pro Performance Blender offers the best value for most people. It performs as well as some blenders that cost twice as much, and it blows cheaper blenders out of the water. With both variable speed and preset options for things like soup and smoothies, it has one of the most user-friendly and versatile control panels we've seen.

Since 2013, we've researched or tested most of the decent household blenders available. Even though our top picks are powerful high-performance models, we looked at blenders ranging from $40 to $700. A great blender should be user-friendly, reliable, and powerful enough to make smooth purees. We looked for the following criteria:

Jar shape and motor strength: A great blender should be able to smoothly process tough things like fibrous kale, frozen berries, and ice without burning out the motor. How efficiently a blender does this depends on a combination of blade length and position, the shape of the mixing jar, and motor strength. All three of these elements combine to create a vortex that will bring food down around the blade.

Jar material: All our picks have jars are made of BPA-free Tritan plastic, which is very durable; most lower-end blenders are generally made of polycarbonate. Both materials will crack if heated too high, which is why these jars should not go in the dishwasher.

Price: High-end blenders ($150 and up)—often called high-performance blenders—are more powerful, produce much smoother textures, and will generally last a lot longer than the lower-end, under-$100 blenders.

Warranty: High-performance blenders from companies like Vitamix, Oster Versa, and Cleanblend all come with warranties of five to seven years, and are likely to last much longer with proper care. You can't expect that level of performance from dirt-cheap models, which mostly come with one-year limited warranties.

Speed control: Whether you want a blender with manual controls or preset functions is largely personal preference. But we appreciate a powerful blender with a simple interface that includes an on/off switch, pulse button, and variable speed dial.

Tamper: In our five years of testing, we've found that a tamper—a small plastic bat that pushes food down into the blades when air pockets occur—separates the good blenders from the great.

To test each blender, we made a thick green smoothie and took notes on each blender's interface and ability to create a consistent vortex. We also tested each blender by emulsifying mayonnaise, processing peanut butter, and making a thick white-bean and kale dip. With our finalists, we also made piña coladas to see how well they blended ice into slush. To read more about our testing process, please see our full guide to blenders. We don't think you can beat the value of the Oster Versa Pro Performance Blender. It works as well as blenders twice the price, making silky smoothies, purees, and blended cocktails. It has one of the best combinations of variable and preset speeds we've found, and its controls are more intuitive to use than those on other models we've tried. And at 17½ inches tall (to the top of the jar), it will fit under most cabinets, unlike many high-performance blenders.

The Oster Versa has a broader range of speeds, and the motor runs more quietly than equally priced blenders we tested. It comes with features usually available only in more expensive machines, like a tamper and overheating protection. Though it does struggle to make mayonnaise (we could effectively emulsify only once out of four tries) and didn't achieve the absolute smoothest textures in our other tests, we don't think these minor faults will be a big deal for most people. We prefer the Oster Versa's wider range of speeds and longer seven-year warranty, but we were impressed by the equally priced Cleanblend 1,800-watt Blender. In our tests, it blended silkier smoothies and piña coladas than many models that cost over twice as much. It comes with a well-designed jar and a tamper to help move thick mixtures while blending. Based on our long-term testing, the Cleanblend's motor is durable and able to handle tough jobs like nut butter better than the Oster. But it comes with only a five-year warranty, compared with Oster's seven years. And because Cleanblend has been around only since 2013, we're a little uncertain of the company's staying power and reliability. If you want the best performance you can buy in a home blender, spring for the Vitamix 5200. This has been our overall favorite blender for four years, and it's the classic Vitamix model that's still the standard for pro chefs and blender enthusiasts. It consistently performed best in all of our tests, doing especially well on the peanut butter and mayo tests. The Vitamix powerfully purees and pulverizes foods more reliably and thoroughly than most, and comes with a seven-year warranty. The only reason it isn't our top pick is its price tag—the Vitamix costs nearly twice as much as our top pick. If you want just a simple and inexpensive blender for occasional use, we like the KitchenAid 5-Speed Blender. It beat out every other low-end blender in our 2014 tests, and after light long-term testing, we've found it works fine for the occasional smoothie or soup. We were very impressed with its vortex, and it gracefully passed the beans and kale test. This blender is no Oster—and it's certainly not a Vitamix— but it makes a better smoothie or pureed soup than any other blender in its price range.

In this article: blender, cleanblend, gear, home, oster, partner, syndicated, thewirecutter, versapro, wirecutter
All products recommended by Engadget are selected by our editorial team, independent of our parent company. Some of our stories include affiliate links. If you buy something through one of these links, we may earn an affiliate commission.