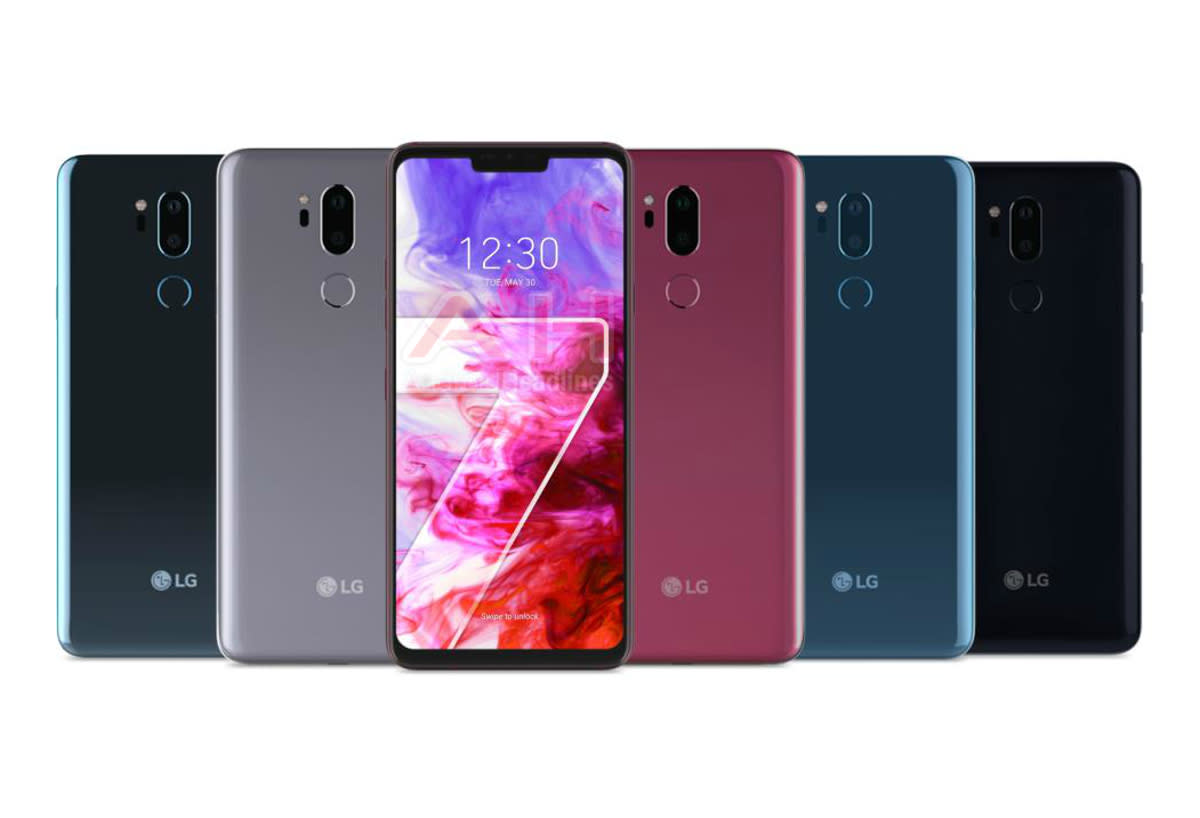 LG's artificial intelligence technology, ThinQ, first made its way to the Korean company's phones as part of the V30S. Now, the brand has confirmed that ThinQ is also coming to LG's flagship G-series, specifically the G7 that's debuting in New York on May 2nd and Seoul on May 3rd. According to the company's announcement, the G7 ThinQ's 'Empathic AI' -- that's how LG describes its artificial intelligence, which it says is capable of human-like thinking to a certain extent -- is better than its predecessor's. We'll have to wait for the device's official launch to know how exactly it's better than the V30's, though.

LG didn't expound on the new phone's features, but Israeli news site YNET got the chance to play with it a bit when it showed up in Barcelona during MWC. Android Headlines also got its hands on what it says is a press render (above), where you can see its iPhone X-like notch. The photo shows a phone with a dual rear camera setup and five available colors apparently called "Aurora Black," "Platinum Grey," "Moroccan Blue," "Moroccan Blue (Matte)" and "Raspberry Rose." According to previous leaks, the phone is powered by Qualcomm Snapdragon 845 and featurse a f/1.5 aperture for enhanced low-light photography, 6GB of RAM and 64GB of built-in storage. We'll know for sure whether those details are legit when the phone launches in a few weeks.

In this article: AI, artificialintelligence, EmpathicAI, G-series, G7, gear, lg, LGG7, mobile, ThinQ
All products recommended by Engadget are selected by our editorial team, independent of our parent company. Some of our stories include affiliate links. If you buy something through one of these links, we may earn an affiliate commission.