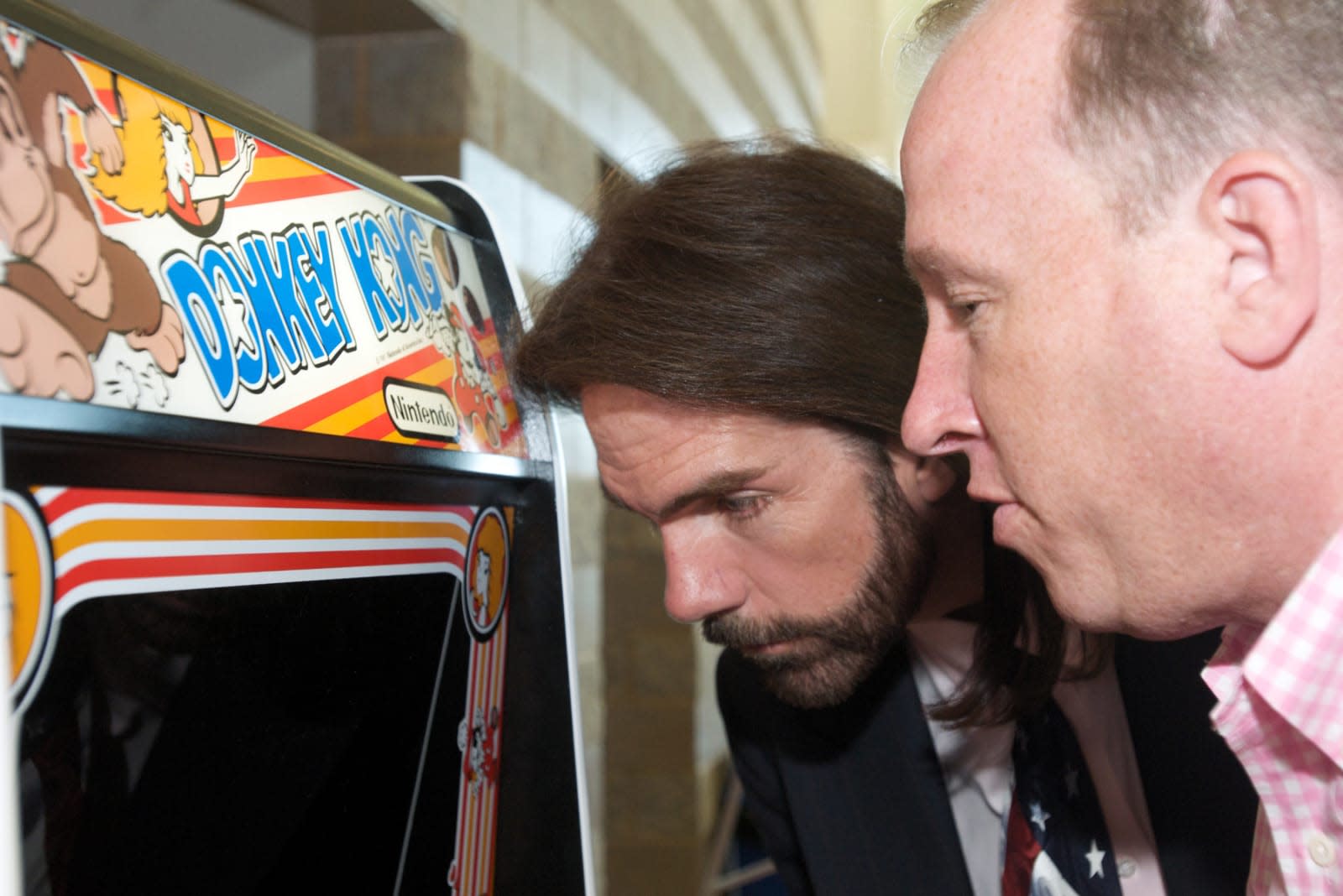 It's over. Billy Mitchell (above, left), the "King of Kong," has had his long-contested Donkey Kong high scores stripped from the Twin Galaxies leaderboards and the organization has notified Guinness World Records of its decision. More than that, all of his records have been removed from the forums and he's banned from TG's competitive leaderboards wholesale. TG ran an independent investigation, in addition to having "at least" two third-parties perform their own, with other experts weighing in on the dispute as well.

The investigation resulted in confirming long-held suspicions: the provided evidence tape of the King of Kong score didn't come from actual arcade hardware. Same goes for his 1,050,200-point "Mortgage Brokers" score. TG said there wasn't enough evidence to comfortably make a definitive judgment on a third score of 1,062,800.

Previously the claim was that Mitchell recorded these scores using emulation software, because original hardware doesn't produce the board transition images that were recorded. But because proving emulation would be far more involved and take even more time, TG settled on proving that the scores weren't the result of playing on an unmodified Donkey Kong PCB.

"Twin Galaxies has endeavored to provide a fair opportunity and reasonable amount of time for all sides and interests to present their thoughts and evidence as it has evaluated this dispute claim," TG writes in a blog post. "Throughout every step of this investigation, Billy Mitchell had the opportunity to answer questions and contribute to the public dispute thread. However, he was under no obligation to participate in this dispute thread and as such he chose not to do so."

When I spoke with TG's custodian of records Jace Hall earlier this year, he said these types of investigations are proof of the verification system he helped build were working as intended. "This [scrutiny] is absolutely something that has been much needed and is part of our controlled process of making sure that the public can control and can trust the data that's in our database," he said.

After what seems like an eternity, Mitchell is no longer recognized as the first million-point Donkey Kong record holder. Now, that honor goes to long-time rival Steve Wiebe.

In this article: billymitchell, donkeykong, gaming, highscore, internet, jacehall, kingofkong, stevewiebe, thekingofkong, twingalaxies
All products recommended by Engadget are selected by our editorial team, independent of our parent company. Some of our stories include affiliate links. If you buy something through one of these links, we may earn an affiliate commission.