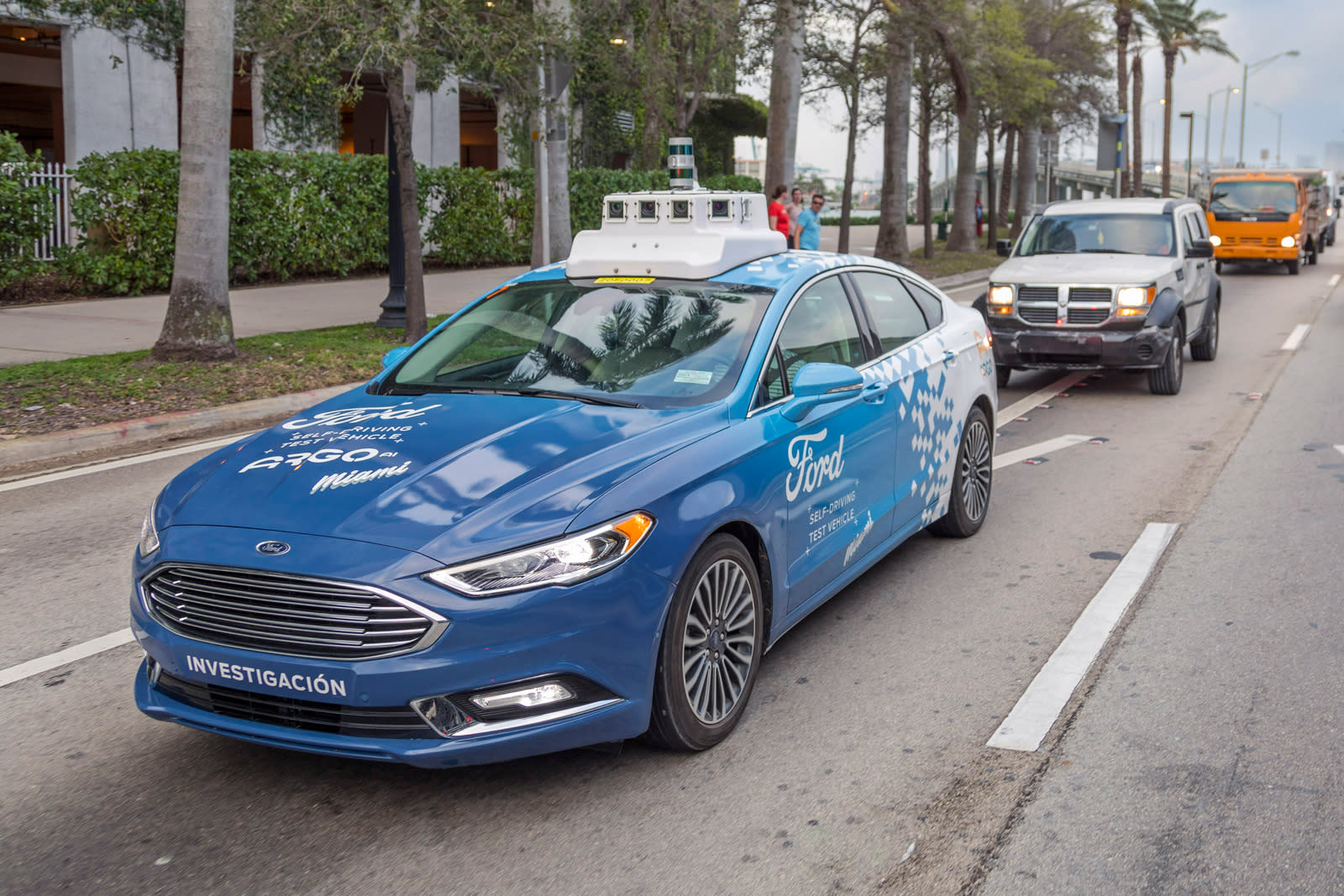 Ford hasn't been shy about its plans for a self-driving car network in 2021, including its hopes of fielding a purpose-built vehicle that year. However, there have been questions about the size -- will this be like the services we've seen so far, where one city gets a limited taste of the autonomous future? Thankfully, no. Ford's Jim Farley told the Financial Times in an interview that the automaker's self-driving car network will be running "at scale" in 2021. It launched its recent Miami pilot precisely so that it "can scale [by] then," the executive said, not to merely get the ball rolling.

Farley also stressed that this would be a truly Ford-run service. While Ford does have self-driving car partnerships with companies like Lyft, it intends to "own the fleet" for its own services. That's somewhat similar to Renault-Nissan, but a sharp contrast with Jaguar Land Rover, Volvo and others focused on selling vehicles to outside services.

The company's own efforts are focused more on delivery than on passengers. However, it's not entirely surprising that the company would push for a large, in-house driverless network. Its leadership has repeatedly talked about preparing for the decline of car ownership, and that means a shift toward services (such as its on-demand commuter vans) instead of pure car sales. If it runs its own fleet, it has a reliable business even if vehicle sales to other customers eventually dry up.

In this article: autonomous, ford, gear, self-driving, self-drivingcar, transportation
All products recommended by Engadget are selected by our editorial team, independent of our parent company. Some of our stories include affiliate links. If you buy something through one of these links, we may earn an affiliate commission.