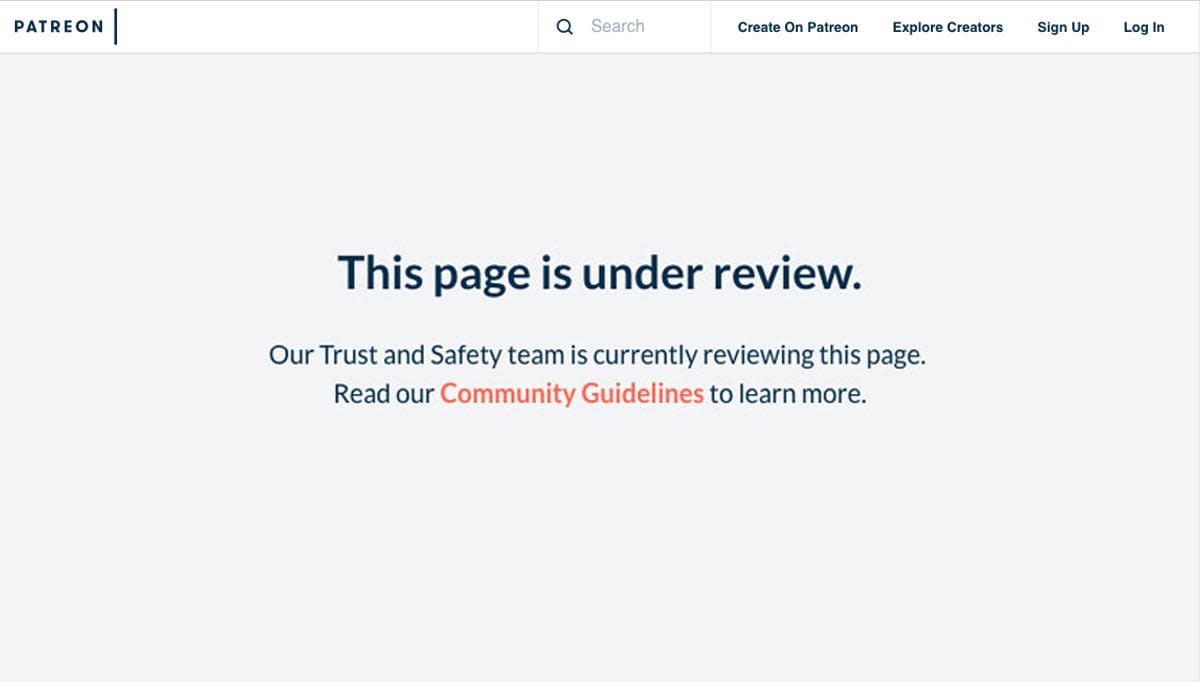 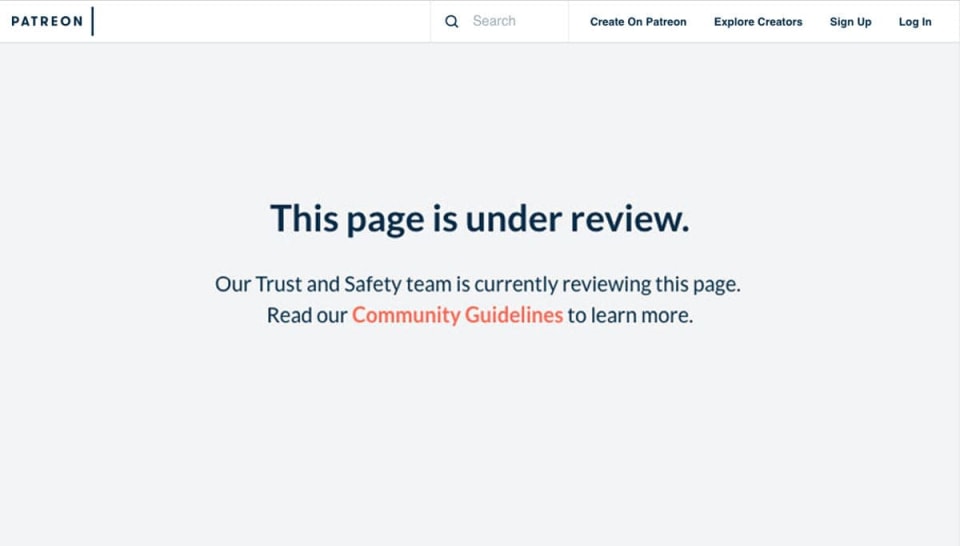 Patreon has begun a fresh crackdown on users who make and sell adult-related content services on its crowdsourced patronage platform. The company has begun to suspend and report users who use the site to sell suggestive material, including Vex Ashley, creator of Four Chambers. According to Motherboard, users have been told that the reason for their suspension is "implied nudity."

This story begins last September, when Patreon raised $60 million from investors in order to further grow its business. Not long after, the company altered its content policy, replacing vague prohibitions on the sale of illegal adult content with more specific terms. This included a ban on the platform to sell images, video and other material, as well as services such as webcam sessions.

The move was surprising, since Patreon had allegedly courted, and engaged with, sex workers and performers. These people had come to rely upon Patreon as a source of income, and when the new terms were published, it caused shockwaves in the industry. After a series of news reports, the company attempted to walk back its stance. CEO Jack Conte said that it "broke" his "heart" that the individuals involved were left fearing for their livelihoods, and lives.

When Engadget spoke to a Patreon spokesperson on the matter, they said that the "the TL;DR is that if what you were doing before was okay, then probably what you're continuing to do is okay." There appeared to be an implication, too, that Patreon would only crack down on illegal content, such as bestiality. And that moderators would essentially turn a blind eye to content that took place between consenting adults.

As we said at the time, Patreon has historically equivocated on the line between pornography and erotica, relying on the famous quote that "I know it when I see it."

In 2015, Engadget reported that big banks and payment platforms like PayPal were engaged in the practice of Redlining. This is where individuals are refused service based on some rationale, and was used to block service to black and latino people until it was outlawed in 1968. These days, some form of Redlining appears to be used by these financial institutions to ensure that sex workers cannot earn a livelihood.

The Motherboard report quotes a Patreon spokesperson saying that it is the financial industry that has sparked the new crackdown. The unnamed individual said that the site has been "ramping up the proactive review of content" thanks to "requirements from our payment partners." Back in 2016, the site made a big deal to its users, saying that it had fought PayPal and won the right to allow payments to adult content creators.

It's likely that, as well as the moral indignation of the major banks, the FOSTA/SESTA legislation has worked to encourage crackdowns. The legislation, which is designed to ban sex work under the guise of limiting human trafficking, has had a chilling effect on the internet. The bill kills safe harbor provisions originally enshrined in the Communications Decency Act, making platform holders liable for content. That means that, technically, Patreon could be liable for any adult content that officials find on its website.

Just to be clear what is at stake, this is my whole income, my livelihood. I have been full time working on Four Chambers exclusively for around 3 years now. I have devoted my whole self to the project and I am going to have to try to start again from scratch.

In many ways, the suspension of Four Chambers, a British erotica collective led by artist Vex Ashley, has been the canary in the coal mine. In the rare moments when Patreon engages on this topic, spokespeople have used Four Chambers as an example of the content it does allow. The fact that it has now been targeted means that no other creators can believe that they are free from closure. And Ashley has tweeted that the move threatens their "whole income, my livelihood."

Model and artist Cam Damage, who uses the site to sell subscriptions to their videos, writing and images, was similarly suspended. On Twitter, they announced that the account had been suspended due to "implied nudity" on their front page. After removing it, the account was reinstated, but Damage has announced that they will now look to build their own, alternative platform. That's likely to do some level of harm to Patreon's business, especially if creators all leave the site en-masse.

IM UN-SUSPENDED! Thanks @PatreonSupport ! Also note: I'm lucky here. I hope everyone else gets their patreon back too. I will likely be making a pay site to avoid these issues in future.

Update: A Patreon spokesperson has sent us the following statement:

We have been ramping up the proactive review of content on Patreon due to requirements from our payment partners. Our community guidelines have not changed, and when we discover a page that is not in compliance with our guidelines we place that page in a state of suspension and work directly with the creator to bring them back within our guidelines. We have also doubled the size of our support team to ensure we get back to creators and give them 1-1 guidance as fast as humanly possible.

In this article: CamDamage, FOSTASESTA, FourChambers, gear, internet, JackConte, Patreon, PaymentPlatforms, sex, VexAshley
All products recommended by Engadget are selected by our editorial team, independent of our parent company. Some of our stories include affiliate links. If you buy something through one of these links, we may earn an affiliate commission.