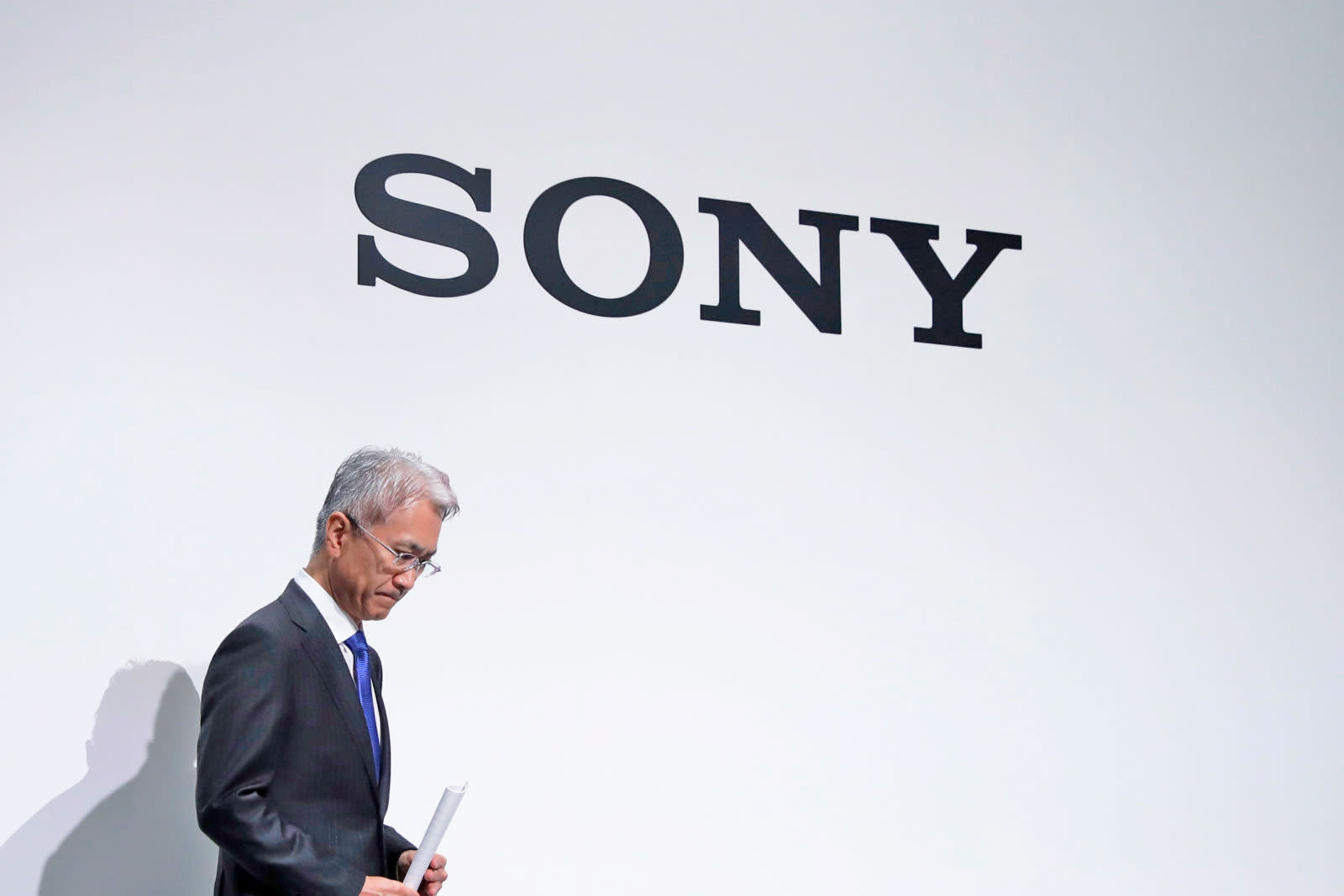 Sony's new CEO Kenichiro Yoshida has been at the company's helm for just a few short months now, but fortunately, former chief Kaz Hirai left him an already successful company to run. Yoshida has his own designs for Sony, with a three-year plan to focus primarily on the entertainment and imaging businesses. It's important not to take the favorable position the company is in for granted, though, so we imagine Yoshida is pleased with Sony's latest financial results released today. There's nothing too extraordinary about the numbers, but Sony did record $17.9 billion in revenue for the three months ending in June, from which it extracted nearly $1.8 billion in profit. And yes, no points for guessing PlayStation is responsible for the bulk of that.

PlayStation head John Kodera said a few months ago that he suspects Sony is getting close to selling as many PS4 consoles as it's ever likely to. Declining hardware sales is part of the natural lifecycle of consoles, of course, but that doesn't seem to be having any effect just yet. From April to June, Sony shifted 3.2 million PS4s -- only 100,000 less than were sold during the same period last year. Just over 40 million games were purchased, and the number of PlayStation Plus subscribers is holding relatively steady at 33.9 million (down from 34.2 million at the end of March). In total, Sony's PlayStation arm brought in nearly $750 million in profit (JP¥83.5 billion), which is more than twice as much money as any other department.

Even if console sales do begin to dwindle, there are plenty of highly anticipated games coming out that'll keep money flowing in the right direction. Sony's Spider-Man game arrives in a little over a month, and then there's Assassin's Creed: Odyssey, Battlefield V and Red Dead Redemption 2 all dropping in October. In the longer-term, gamers also have Ghost of Tsushima and Hideo Kojima's eery Death Stranding to look forward to. If PlayStation is Sony's golden goose, then the smartphone division is the thorn in its side. A few quarters ago, mobile did actually make Sony some money, but that seems to have been a momentary departure from the norm. Smartphones lost the company around $247 million (JP¥27.6 billion) in the previous fiscal year, and the first three months of the new financial calendar aren't yielding better news. Another loss of nearly $97 million (JP¥10.8 billion) is the wart on today's books, and Sony doesn't expect it to get any better. In its predictions for the rest of the year, the company expects sales to decrease further, mainly in Europe, and the already "severe competition" it's facing to get even tougher. The Xperia XZ2 family hasn't blown anyone away, it seems, and the new mid-rangers and XZ2 Premium are unlikely to reverse the division's fortunes.

Sony Pictures also lost the company some money this quarter, but that's kinda par for the course. The movie biz was roughly $68 million (JP¥7.6 billion) in the red, but that's less than the company lost during the same period last year. Just two movies were released during the quarter, though, and Sicario: Day of the Soldado was only in cinemas for two days before the books were shut for another three months. At the end of the last financial year, Sony Pictures recorded a profit of nearly $370 million (JP¥41.1 billion), so a sketchy first quarter shouldn't be any cause to worry -- the interns uploading full movies to YouTube instead of trailers might be, however.

Sony's other departments are ticking along quite nicely. Its music division brought in roughly $288 million in profit (JP¥32.1 billion) thanks to strong streaming revenues and the success of its mobile free-to-play game Fate/Grand Order, which is lumped into the category. At the end of this financial year in March 2019, Sony's said it'll stop making physical PS Vita games. With Fate/Grand Order doing well, perhaps the future of Sony's handheld gaming strategy will include more mobile titles. The home entertainment and sound division made a healthy $156 million (JP¥17.4 billion) in profit, mainly due to an increase in TV and headphone sales. Sony's camera business had a strong quarter, too, making a profit of around $234 million (JP¥26.1 billion). Sales of Sony products under the semiconductor banner -- which includes camera modules and smartphone image sensors -- held true. That department counted $261 million (JP¥29.1 billion) in profit, which is unsurprising given it's one of Sony's most stable businesses. Most big-name smartphones use Sony sensors, and the new 48-megapixel number announced a week ago will no doubt find a home in the next generation of flagships.

All told, it's a drama-free quarter for Sony. Playstation hardware, software and services continues to pull in the biggest numbers, and other departments are performing characteristically. The company is flush with cash from selling some of its Spotify shares after the streaming service went public earlier this year, banking $768 million, or $501 million in pre-tax income after expenses. Things are looking good enough that Sony hasn't changed its profit forecast for the year, but does warn that it'll take a hit when it completes the $2.3 billion purchase of a significant slice of EMI Music Publishing.

The elephant in the room is Sony's smartphone division, but then again, that's been lurking for some time now. With every other part of the business due to make money this year, how long is new CEO Yoshida going to continue to bankroll a historically loss-making division that shows no signs of rebounding in the near future?

In this article: av, business, cameras, entertainment, financials, gaming, gear, KenichiroYoshida, mobile, personal computing, personalcomputing, playstation, playstation4, ps4, sony, sonypictures, SonyPlaystation, sonyxperia, xperia
All products recommended by Engadget are selected by our editorial team, independent of our parent company. Some of our stories include affiliate links. If you buy something through one of these links, we may earn an affiliate commission.