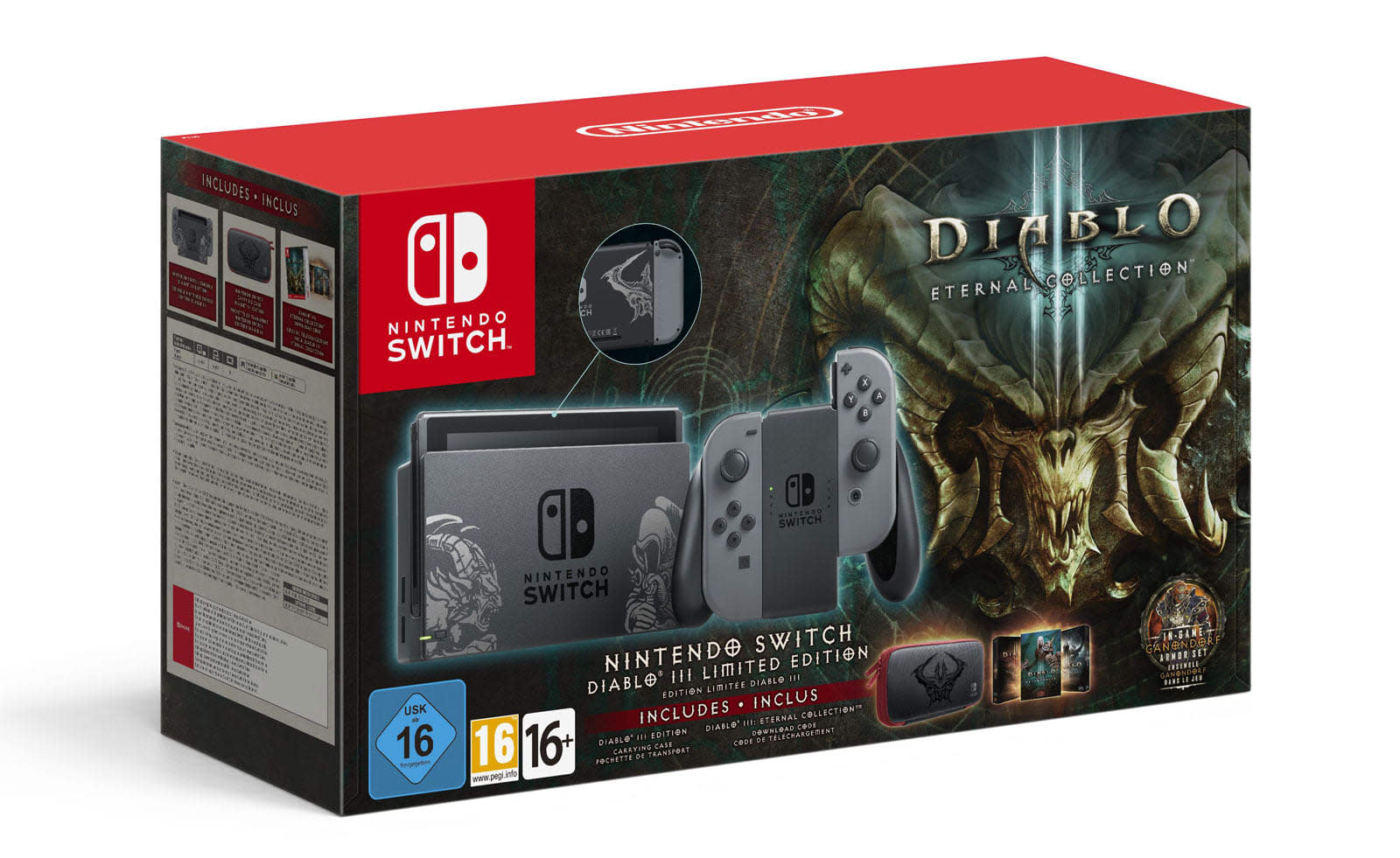 In a hellion cross-promotion, Activision Blizzard and Nintendo have partnered up to release a special edition Switch console for Diablo III exclusively at GameStop. The bundle will include the 2012 game, plus its two expansions, Rise of the Necromancer and Reaper of Souls.

Included in the set will be a black and gray Switch console -- and dock -- featuring Diablo III artwork, a carrying case, as well as the standard trove of of items and accessories, like Joy-Cons, a grip and an HDMI cable. 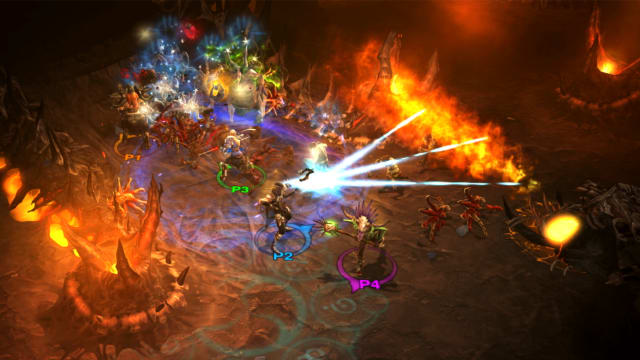 But it wouldn't be a third-party Nintendo cross-promotion if it didn't include some iconic, (and somewhat out-of-place) character cameos. These include items from The Legend of Zelda, such as Ganondorf's Transmog Armor, a companion Cucco pet, and a Golden Triforce Portrait Frame. Of course, these in-game items will only found in the Switch version of the game. Regardless of the non-canon items, the game itself is a faithful port, and will likely be a fun romp on a flight. Hopefully it will be enough to hold you over until the next Diablo thing comes out. 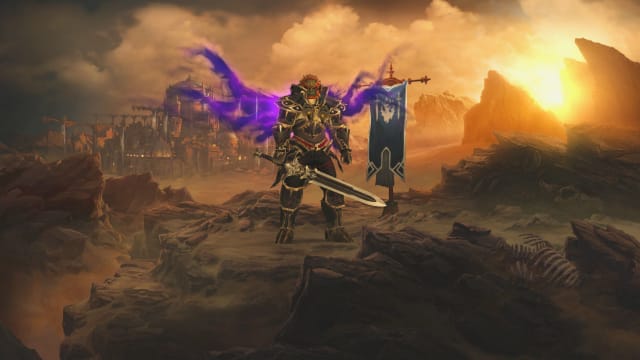 The Diablo III: Eternal Collection Switch bundle will be available at GameStop on November 2nd.

In this article: bundle, console, diablo, diablo3, diabloiii, gadgetry, gadgets, gaming, gear, nintendo, specialedition, switch
All products recommended by Engadget are selected by our editorial team, independent of our parent company. Some of our stories include affiliate links. If you buy something through one of these links, we may earn an affiliate commission.