ILO tidies up your dab sessions with self-contained ceramic pellets

Look at my dab, tab.

The days of wrestling hash oil out of the jar like a stoned taffy puller or combing through your carpet Honey I Shrunk the Kids-style because you spilled a handful of shatter are thankfully over. Oregon-based ILO vapes has developed an incredible -- dare I say revolutionary -- way of packaging concentrates that no longer requires you to handle your cannabis-derived concoctions directly.

They're called DabTabs. Yes, I know they look like ecstasy but I assure you, they're not. They are, in fact, inert ceramic matrices which the company has infused with cannabis concentrates. The tabs pictured below are packed with 50mg (that's five standard doses) of Sour Diesel Echo. They're dry to the touch, not sticky at all; they won't break in your pocket, leak or otherwise sweat out their THC-rich cargo. If you drop one, there's no five-second rule -- just pick it up, dust it off and go about your business. Also, they don't appear to be particularly susceptible to moisture (i.e., being held in my sweaty hand for 20 minutes.)

The only thing they do react to is heat -- around 415 degrees of it. These tabs are designed to be vaped. All you have to do is set one on your dab rig's nail and apply a torch to it. As the pellet heats, the concentrate will boil out for you to inhale. At the end of the session, the only thing left will be a charred ceramic husk, which you can either throw away or toss into your planter bed where it will act as a soil aerator. Best of all, there's virtually zero cleanup -- no burned wax to scrape off and no excess oil to reclaim. 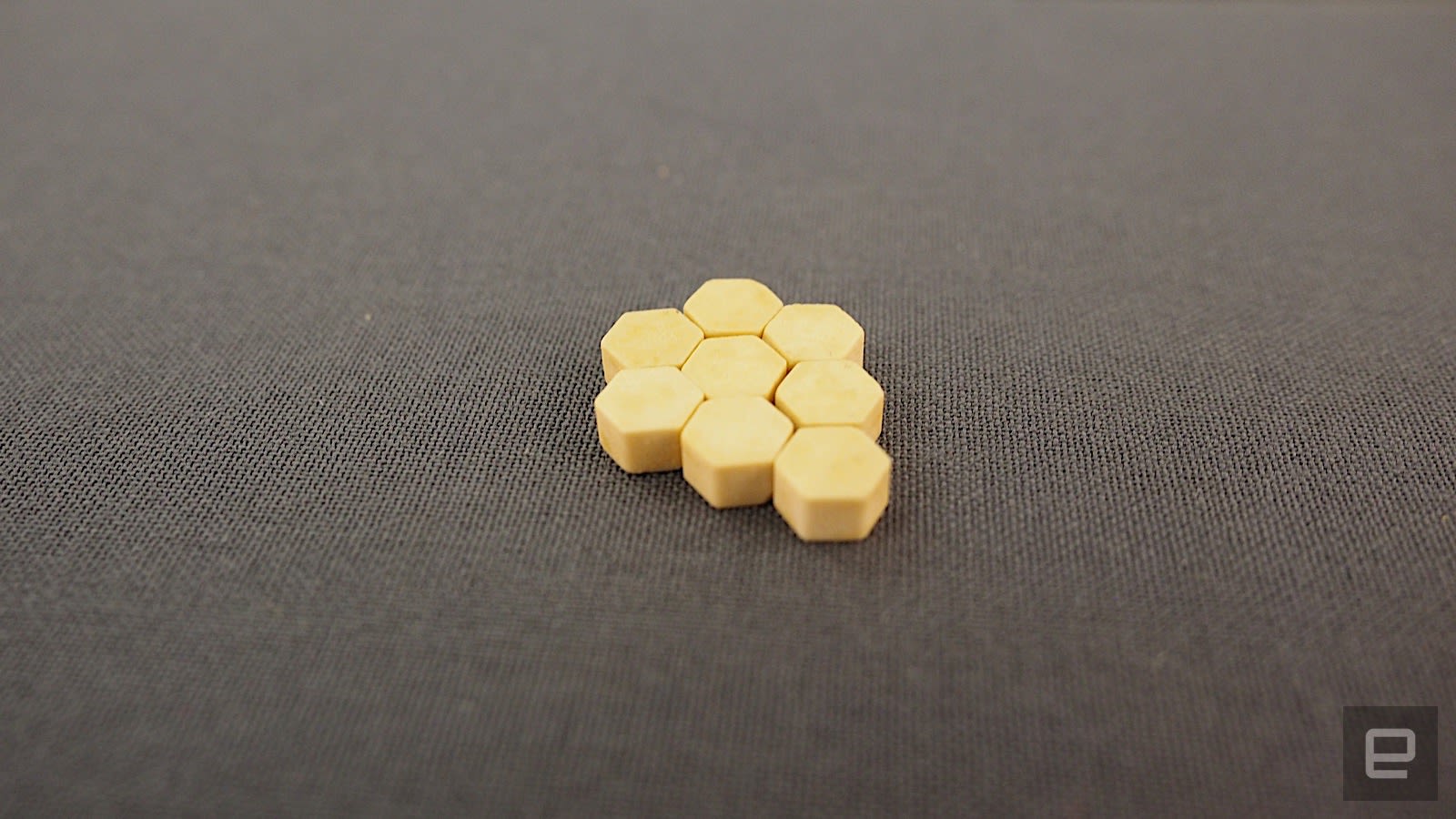 Figuring out how much life the pellets have left is fairly simple as well -- just look at them. Unused, they range from off white to peach colored. However once they're fully consumed, the pellets resemble dark charcoal briquettes. Be warned, you'll want to give it a minute before popping the spent pellet out of your vape: they get blisteringly hot when in use.

These things will work in virtually any vaporizer you have, not just conventional torch-based rigs. During testing, I tried them in the Puffco Peak, the Storz and Bickel Mighty, the Pax 3 and the VapeXhale Cloud Evo -- all with varying degrees of success. I kept the heat levels at their lowest setting on each device and averaged between 8 and 15 draws per pellet. Now, you're not going to be blowing out huge plumes when vaping these tabs, as they do not contain propylene glycol, which is what produces the "smoke" with liquid vapes. You could even toss one into a pipe and smoke it if you wanted, though the heat of the open flame is going to ruin the taste. 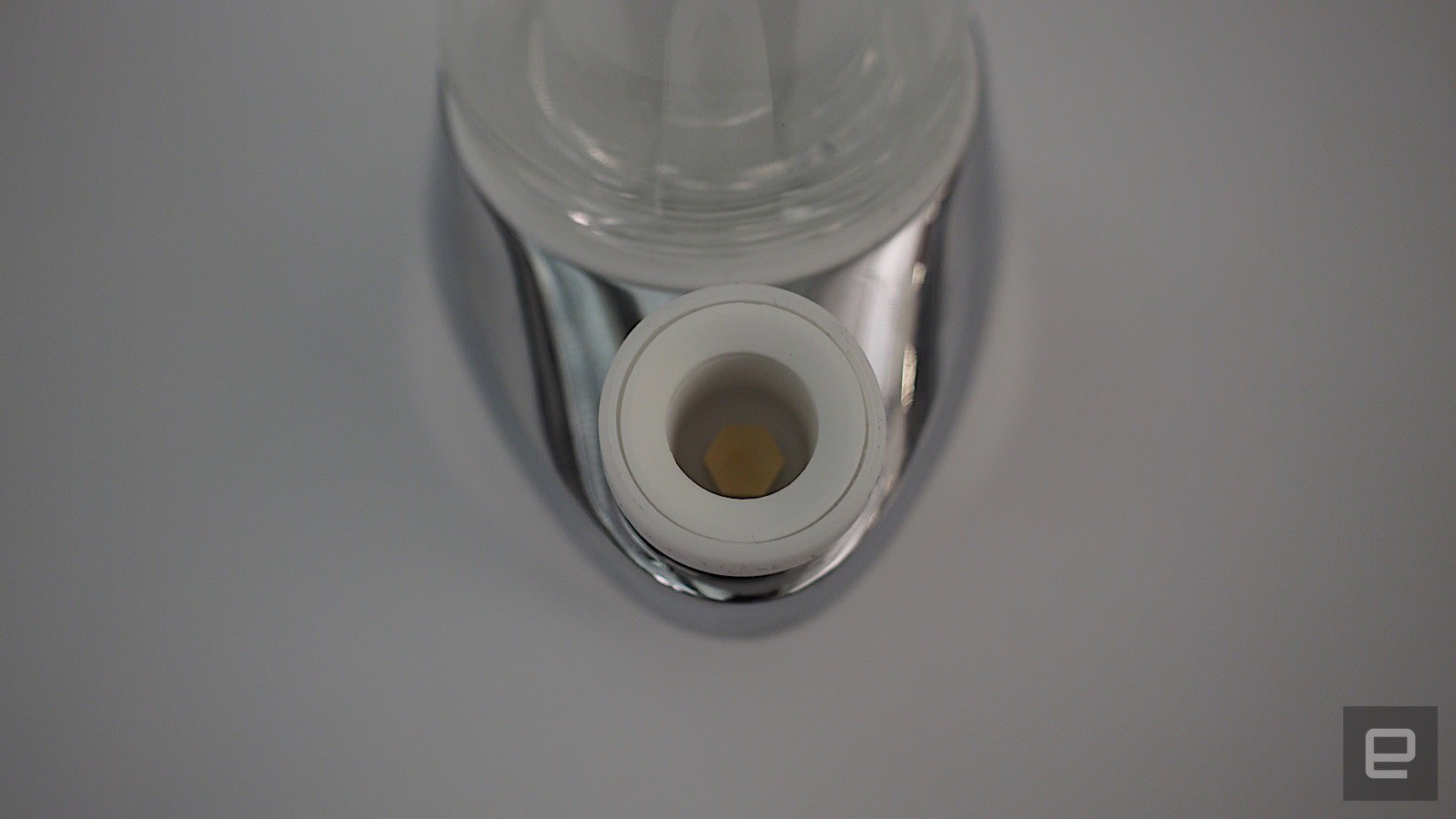 I did appreciate that, no matter what device I was using, I could halt the session at any point without repercussion. The ceramic pellets themselves can handle repeated cycles of heating and cooling without issue. This allows you to meter out your consumption a little more easily than conventional dabs where what you vape is what you scraped. You're also free from the pressure of having to muscle your way through an unexpectedly large dab; with these tabs, you can take as big or as small of a hit as you feel is comfortable without worrying that you're wasting concentrate.

On its face, this is a clever idea -- a genuine "no fuss, no muss" solution. You don't need any special equipment or adapters to vape them (outside of a pair of handling forceps because I'm not kidding, they get really hot). However, availability will initially be an issue. ILO is planning a "soft release" of the tabs at various dispensaries in the state of Oregon beginning Wednesday, December 19th, and plans to expand to California, Nevada and Maryland come next February. They will likely be a bit pricier than existing concentrate options given the additional work and processing that goes into producing them.