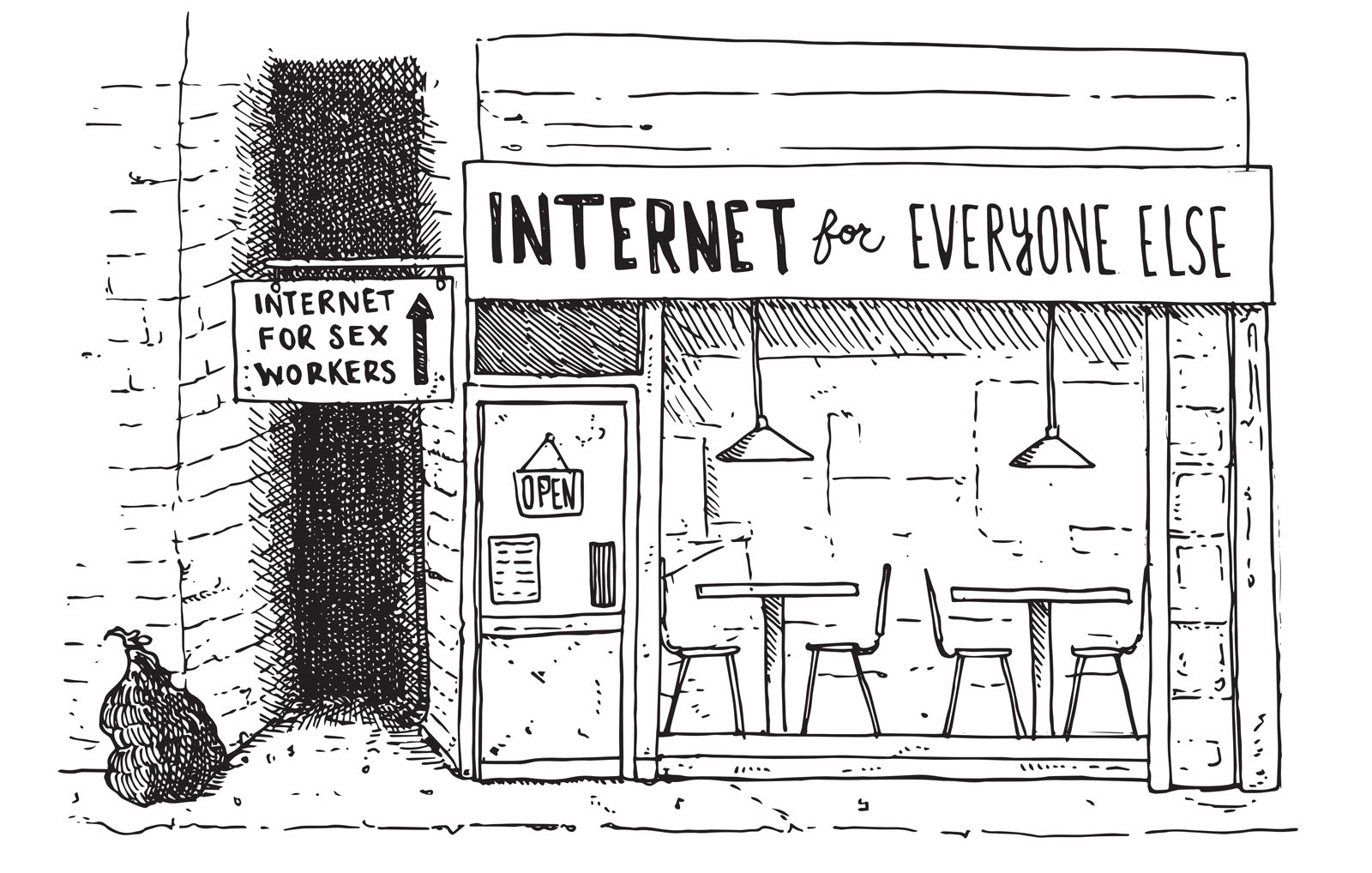 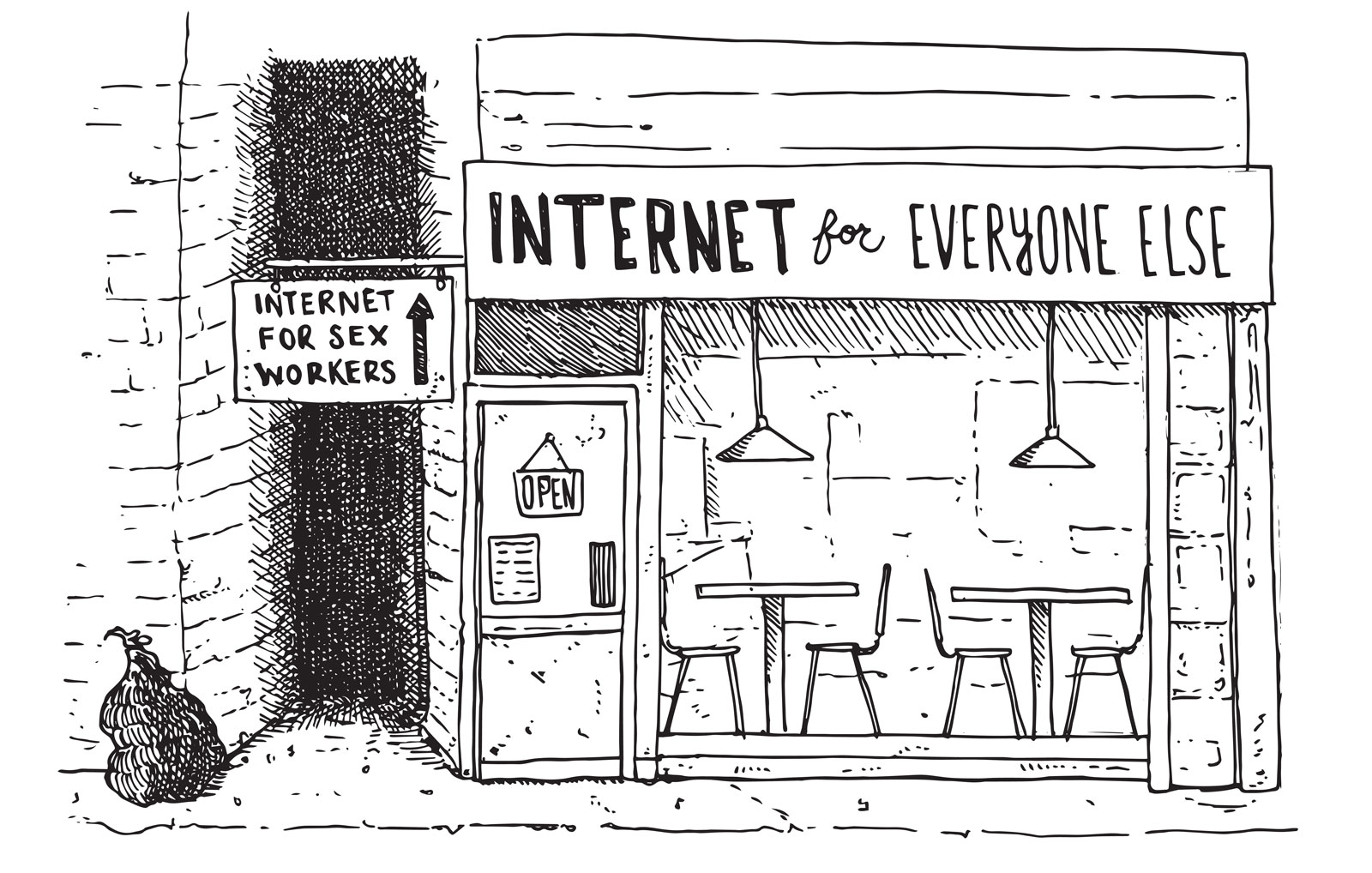 Maybe you've noticed a sudden flood of updates to Terms and Conditions recently from the internet services you use. A close look at those agreements will show that many are GDPR related, but some are most definitely not.

Welcome to the culture of fear, ushered in by the passing of FOSTA-SESTA.

For example, Twitter's latest Terms update includes a clause about kicking you off the service if "you create risk or possible legal exposure for us." At the same time we're seeing these updates, a sex workers' rights blog reports: "One person has already taken their life because of this [FOSTA] legislation."

FOSTA is a deeply flawed bill that claims to stop sex trafficking, but works directly against law enforcement efforts to do so and was opposed by the Department of Justice. Everyone from the ACLU and EFF to actual sex trafficking organizations say it is a terrible, harmful, deeply flawed law. Lawmakers didn't fact-check it, question the religious neocons pushing it, nor did they listen to constituents. It has bipartisan support and bipartisan opposition.

Still, you may think that FOSTA only affects the 42 million sex workers in the world trying to use the open internet. But you'd be wrong.

The law legalized sex censorship online, and now we've got a body count for it. Literally.

Let me explain. In the past month net neutrality ended and FOSTA was signed into law. The end of net neutrality will curtail what we can see and access in regard to the internet. FOSTA places control over what we can say into the hands of internet companies, thanks to the US government. Due to impossibly loose language and civil/criminal penalties for companies, it also dictates who can and cannot use online services that are central to the daily life of internet citizens around the globe.

The law conflates sex work with sex trafficking, and much ado has been made about Craigslist shuttering its personals and Reddit deleting community forums before the law was even signed. Not to mention all the others, like life-saving violent-client blacklists and vetting resources. 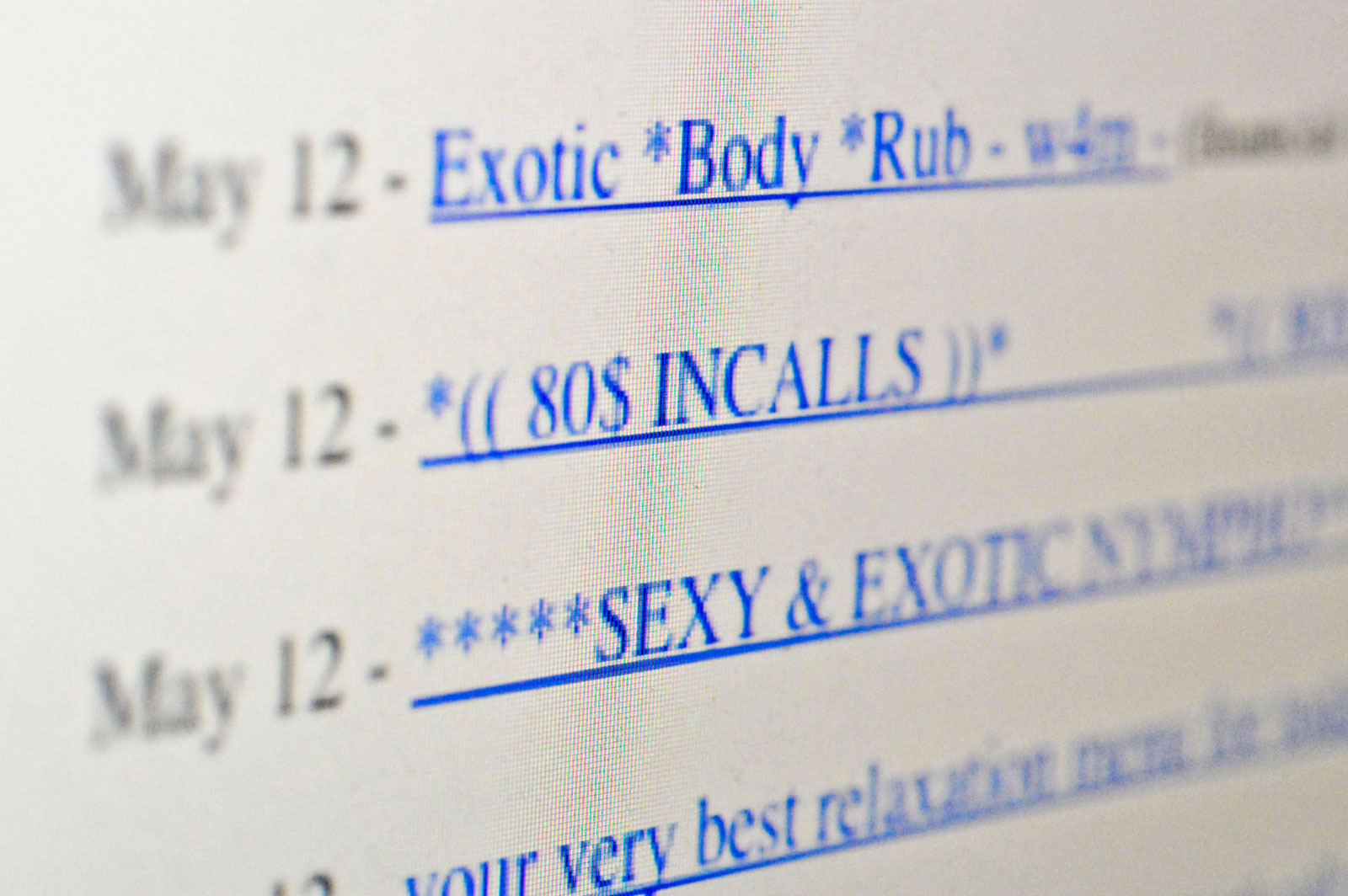 In what's become an elaborate game of cover-your-ass, internet giants are taking the definition of sex work to extremes in their eagerness to censor, shut down, and eject anyone who even talks about it.

Twitter's new Terms update is just one example. Facebook on Wednesday updated its "Community Standards" regarding "Sexual Exploitation of Adults" to prohibit "sexual solicitation slang terms" and "Offering or soliciting sex or sexual fetish partners." In case you didn't know, Facebook was a huge, vocal supporter of FOSTA. In what Techdirt described as Sheryl Sandberg's "glowing, but factually inaccurate, support for SESTA." She wrote it would "make sure that the internet becomes a safer place for all vulnerable girls, children, women, and men who deserve to be protected."

But industry cornerstone Cloudflare really put a pin in it last week. It's a company that people in infosec and wider tech communities think of as the good guys. The content delivery service (among other things, like DDoS mitigation and security) showed what to expect from organizations whose primary stated company value is "free speech."

Cloudflare's General Counsel Doug Kramer told Engadget that FOSTA "poses a challenge to every internet company." Mr. Kramer explained the company's objections to the law, repeatedly stating "It is a bad law that sets a dangerous precedent." He also stressed the company's role in lobbying lawmakers for changes and clarifications. "FOSTA tears a big hole in Section 230," he said. "We think that it makes the Internet a little less free than before, and we're going to continue to do everything we can to make changes to this law."

Yet actions speak louder than words. Less than a week after Trump signed FOSTA, a social network for sex workers (and others, including journalists, with over 55,000 users) went offline without notice. "Switter" was a customer of Cloudflare, and the company unceremoniously pulled Switter's plug, allegedly cutting off Switter's access to its data logs. Founder, Assembly Four, told press the only notice it received was an email from Cloudflare's legal team saying service was terminated due to terms violations.

Cloudflare's General Counsel would not confirm to Engadget what exactly triggered its booting of Switter from its services. "Under FOSTA, when we have knowledge or a complaint that anyone might be violating that law, we have to act and examine," Kramer said.

When pressed if there had been a complaint or if the company's actions were voluntary, Mr. Kramer repeated that FOSTA is terrible, specifically in that it requires websites to act if they have knowledge any of their clients or customers could be in violation of the law. "One of the elements under the law that triggers it is knowledge (and we lobbied to clarify this)," he said. "We had information that raised an issue we felt we had to follow up on." 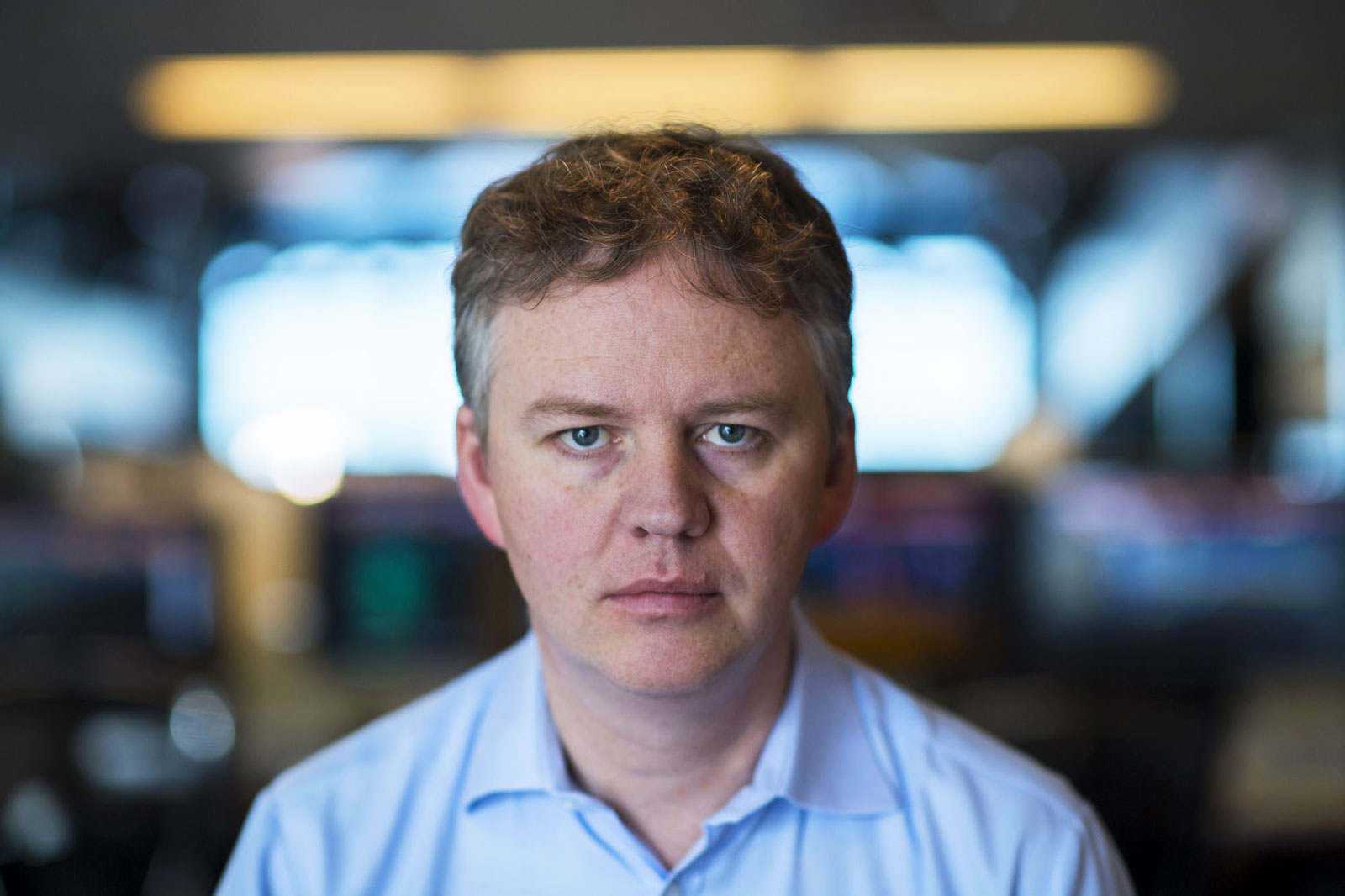 So perhaps Switter's only real crime was Cloudflare finding out about it. In Cloudflare's case, FOSTA has run sex workers -- and any traffickers trying to hide among them -- firmly underground.

Cloudflare, you may remember, made headlines recently for another high-profile ejection: it joined Google, YouTube, Twitter, Sendgrid, Zoho, PayPal, Apple Pay, Discord, Reddit, Spotify and Facebook in kicking nazis (in the form of Daily Stormer) off its service. After Stormer drew attention for condoning the death of Heather Hayer in Charlottesville, Cloudflare announced it would no longer do business with the site because Daily Stormer had bragged that Cloudflare supported its mission.

The thing is, Cloudflare felt really, really bad about kicking the nazis off its service. Matthew Prince, co-founder and CEO of the company, told CNN he regretted the decision because "it sets a dangerous precedent when a company that most of your viewers have never heard of is effectively deciding what can and cannot be on the internet." Prince added later that he hated kicking them off and was determined to never censor hate speech again.

We asked how Cloudflare's decision regarding sex workers reconciles with its regrets over Daily Stormer. "I think we have expressed similar regret over the decision," Kramer stated. "In the case of Daily Stormer it was 'do the right thing'."

Between Switter and Daily Stormer he said, "They are fundamentally different circumstances."

Cold comfort. Never mind Facebook: We all know they're the world's biggest and most eager censor. Internet companies -- the gatekeepers of free speech -- are afraid of what the US government will do to them without knowing exactly what they would be doing wrong... so they're taking it out on us.

And we have cause to be afraid: Do you dare link to an article about Stormy Daniels on websites that police content with incompetent algorithms? Can you talk about the Steele Dossier's more salacious accusations on social media without worrying about being reported by a Russian troll, or penalized by a content review farm in another country?

Under the loss of net neutrality, it's perfectly reasonable to wonder if ISP's will filter access to websites according to their own interpretations of FOSTA -- or any kind of speech they don't like. Sort of like how the World Health Organization is categorized as "pornography" in web filters used in Kuwait and the UAE. 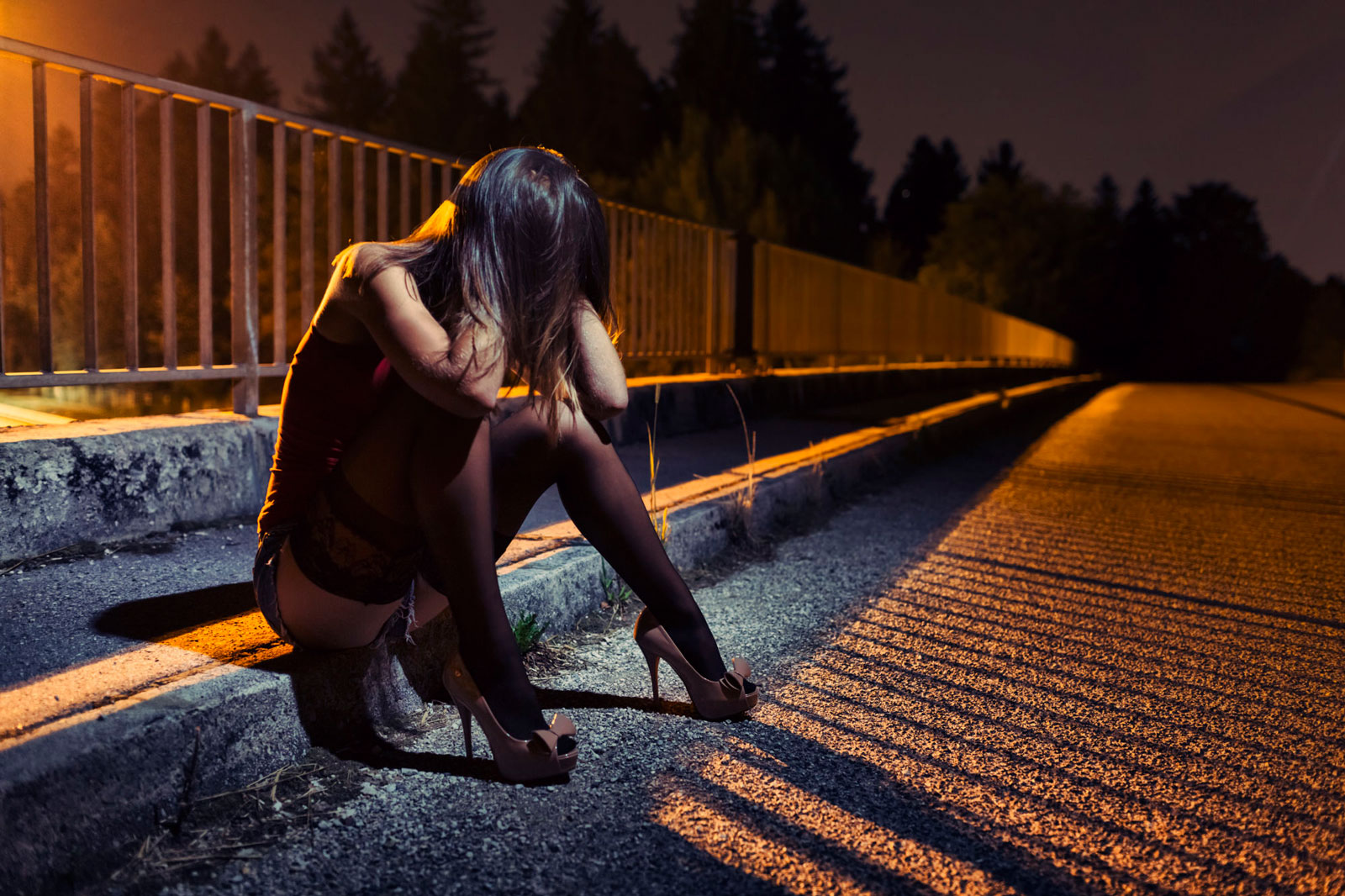 At least you're not a sex worker. They have an actual FOSTA body count to contend with now. Sex worker blog Tits and Sass wrote Wednesday in a post about FOSTA-SESTA and the simultaneous shuttering of Backpage (which was originally FOSTA's target website):

The sex worker community online started to hear about workers going back out on the street and missing their check-in calls — as of April 14th, just based on anecdotal data passed between us, 13 workers have gone missing and two have been confirmed dead. Two workers have been assaulted at gunpoint, and I can't even count how many other stories of rape and assault I've heard from people returning to or just learning the streets for the first time. One person has already taken their life because of this legislation.

Kicking sex workers off the open internet is the kind of thing many of us once thought couldn't be possible. The stuff of Margaret Atwood fiction. The laughably bland fantasy of righty wingnuts who can't grasp what the internet really is, or how it works.

But, you know. First they came for the sex workers.

In this article: badpassword, business, Censorship, Cloudflare, column, Craigslist, dailystormer, diy, do it yourself, doityourself, EFF, Facebook, FOSTA, FOSTA-SESTA, gear, internet, MatthewPrince, opinion, personal computing, personalcomputing, politics, security, services, sex, sextrafficking, sexworkers, TOS, Twitter
All products recommended by Engadget are selected by our editorial team, independent of our parent company. Some of our stories include affiliate links. If you buy something through one of these links, we may earn an affiliate commission.