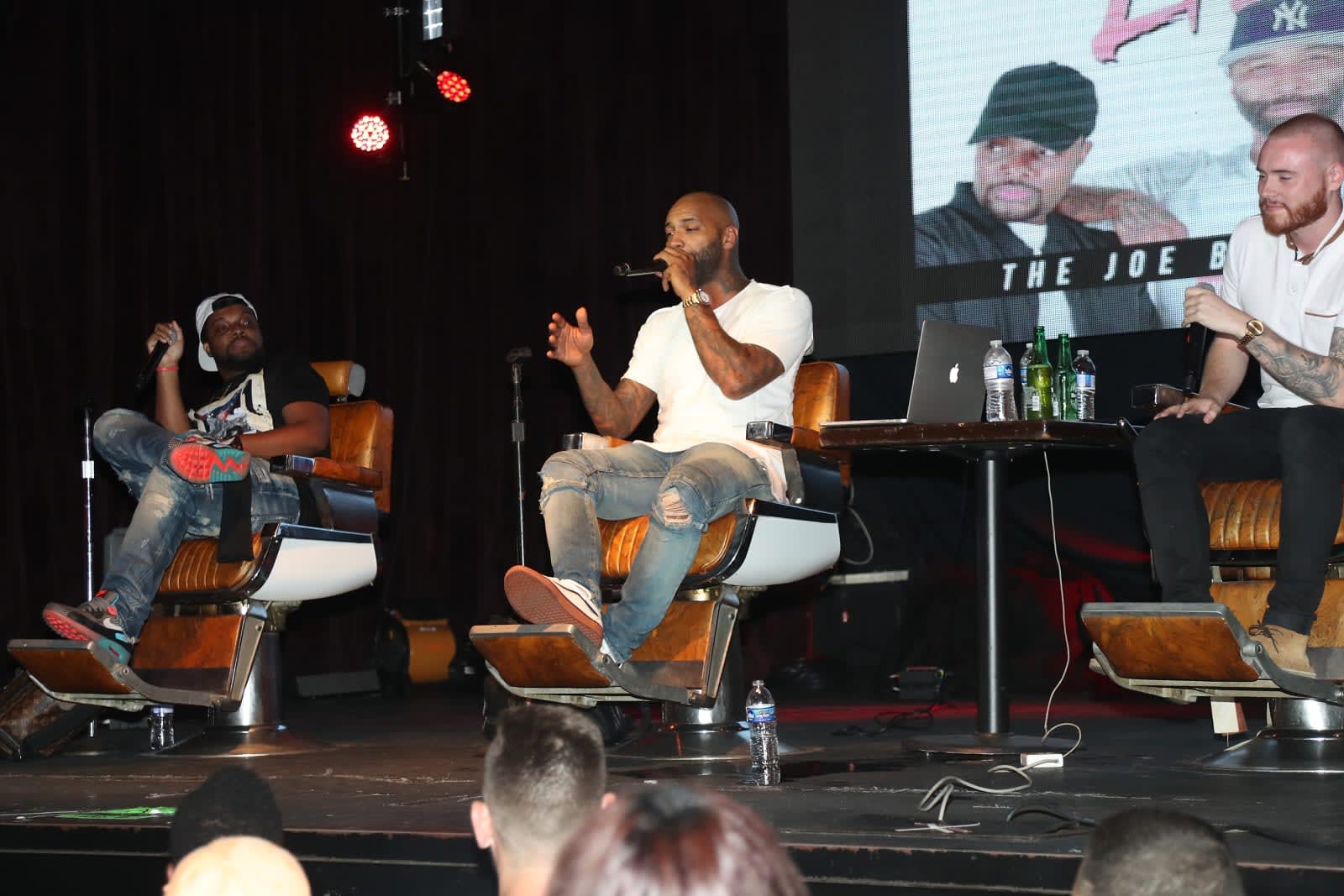 Spotify announced today it's teaming up with the popular Joe Budden Podcast. Beginning September 12th, the hip-hop focused podcast will stream exclusively on Spotify, dropping new episodes every Wednesday and Saturday. Budden said that the partnership was humbling and that he was excited by this new chapter. "The podcast has been a great amplifier for my voice but fast growing into a platform for more and more artists to share their own personal feelings, stories and experiences," he said in a statement. "I'm anxious to get started and optimistic about what's to come."

Budden is a solo artist and member of the group Slaughterhouse. He also hosted the Complex show Everyday Struggle and starred in multiple seasons of VH1's Love & Hip Hop: New York. He launched The Joe Budden Podcast with Rory & Mal in 2015, which now has over 175 episodes.

The move fits with Spotify's interest in hip-hop. Its RapCaviar playlist has become a go-to for rap and hip-hop enthusiasts and earlier this year the company hired Carl Chery away from Apple, making him its head of urban music. "As we continue to expand and diversify our content slate, teaming up with The Joe Budden Podcast is an exciting move for Spotify," Courtney Holt, head of Spotify Studios, said in a statement. "We can't wait to bring Joe's loyal fans more of what they already love, and offer the opportunity for new hip-hop fans to discover him and listen."

All of The Joe Budden Podcast's episodes will be available on Spotify starting August 22nd and the back-catalog will remain available elsewhere.

Source: Spotify
In this article: av, entertainment, HipHop, joebudden, podcast, rapcaviar, services, spotify, TheJoeBuddenPodcast
All products recommended by Engadget are selected by our editorial team, independent of our parent company. Some of our stories include affiliate links. If you buy something through one of these links, we may earn an affiliate commission.