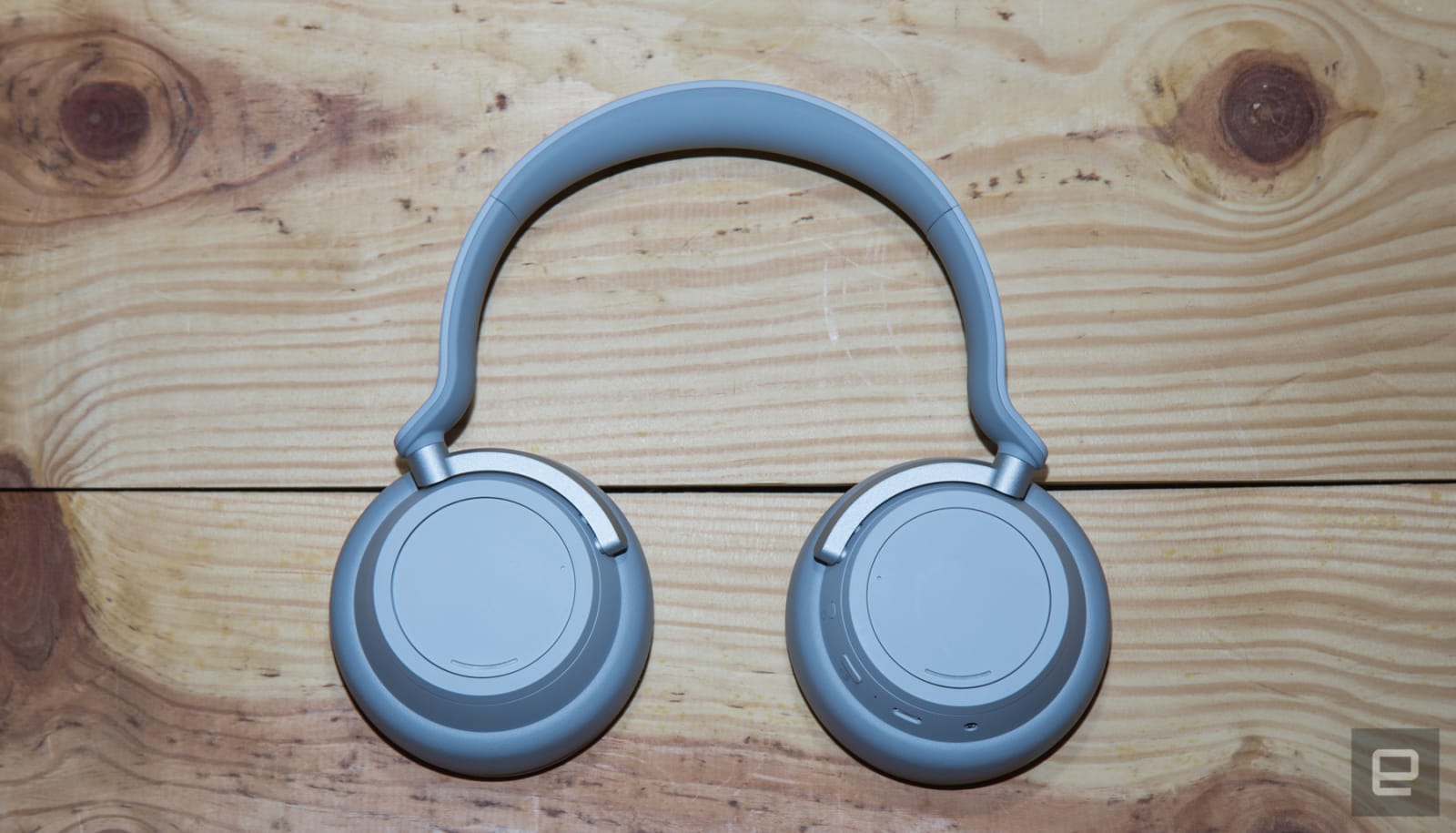 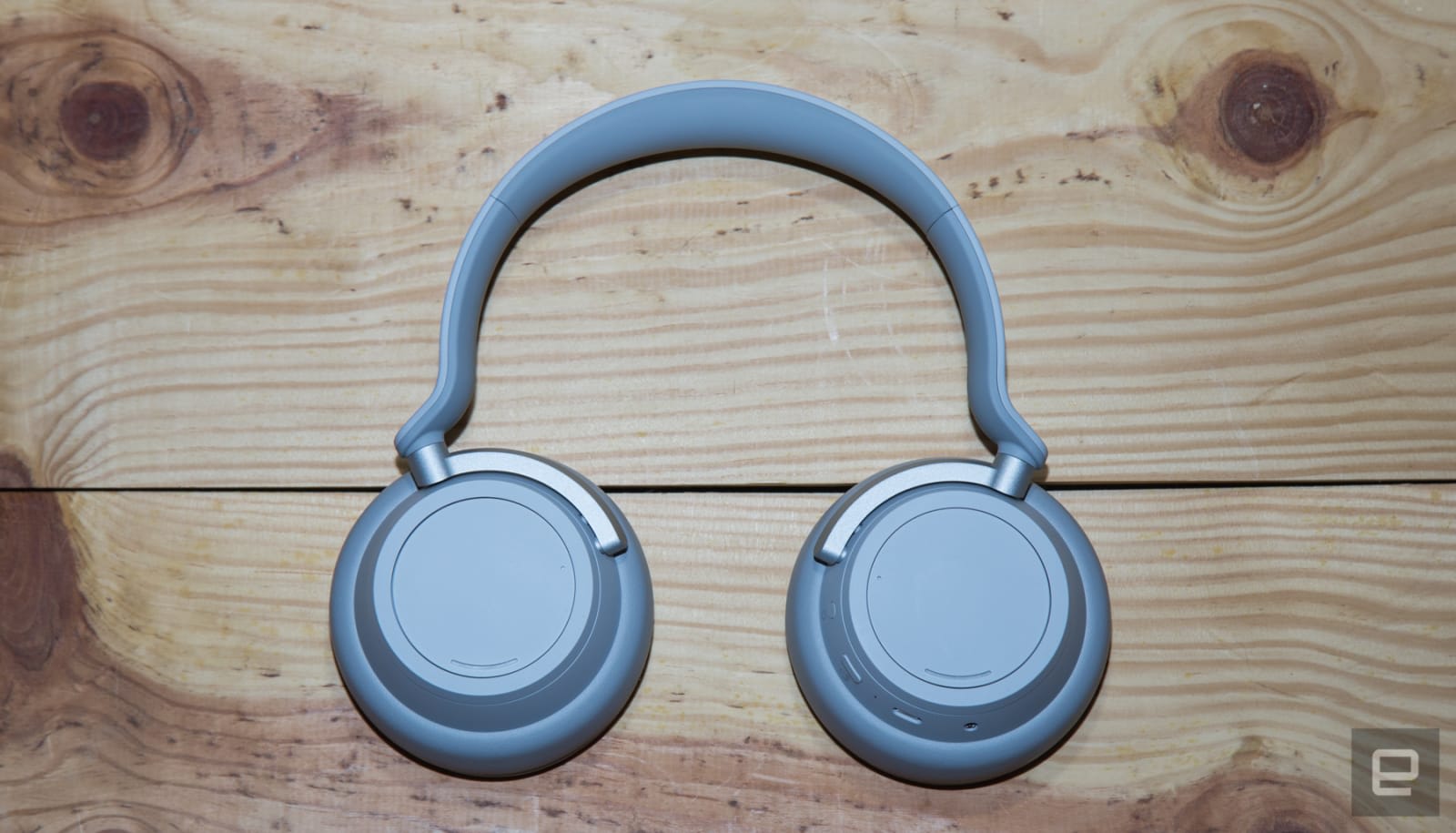 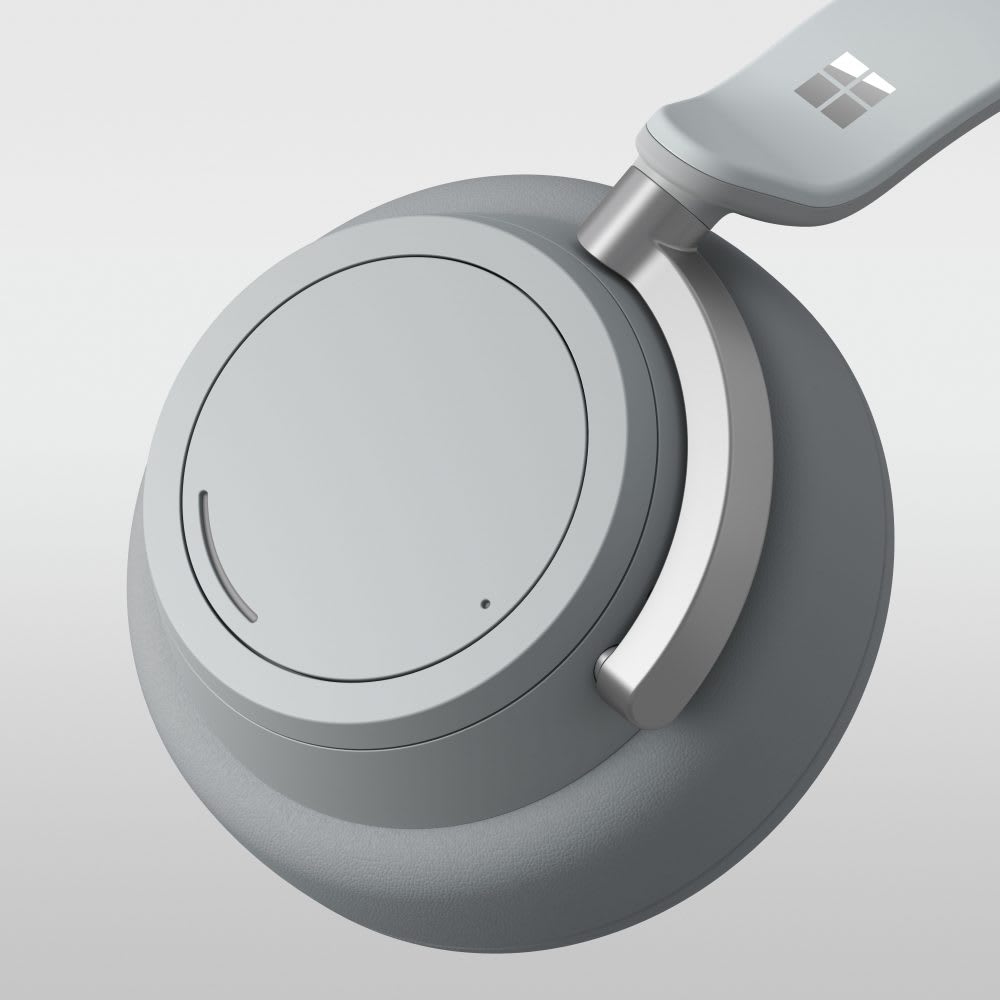 Microsoft is a software giant first and foremost. It's where it earned billions of dollars and created an empire that permeated almost every aspect of the corporate office. But it's also been diving head first into hardware from mice to the Xbox to the Surface tablets and laptops -- the tech company is no slouch when it comes to tangible items. So it should come as no surprise that it launched its own noise-canceling headphones.

Microsoft made a solid first attempt at building high-quality noise-cancelling headphones. These are comfortable and fit on even the biggest heads. Just beware that Cortana integration seems to entail a trade-off in battery life.

How would you rate the Surface Headphones?
We want to hear what you think. Post a quick review now to join the conversation!
Write a review

The $349 Surface Headphones are aimed squarely at category leaders like Bose and Sony. It's a herculean task to take on two companies that have decades of experience. Microsoft (never one to shy away from a new market) is trying its best to unseat the kings of ignoring the world while listening to music. It's a bold gambit and a good start, but the headphones don't quite reach the heights that the best Bose and Sony products have to offer.

That's not to say the company hasn't done a good job. For a first outing, the Surface Headphones are a solid pair of cans. The sound is satisfying if a bit neutral in its tuning for my taste. The low end is there, but it's not accented as much as, say, Beats headphones (which, like it or not, has done well for the brand). The mids and highs don't sound muddy, but they are also not as crisp as I would like for cymbal crashes. 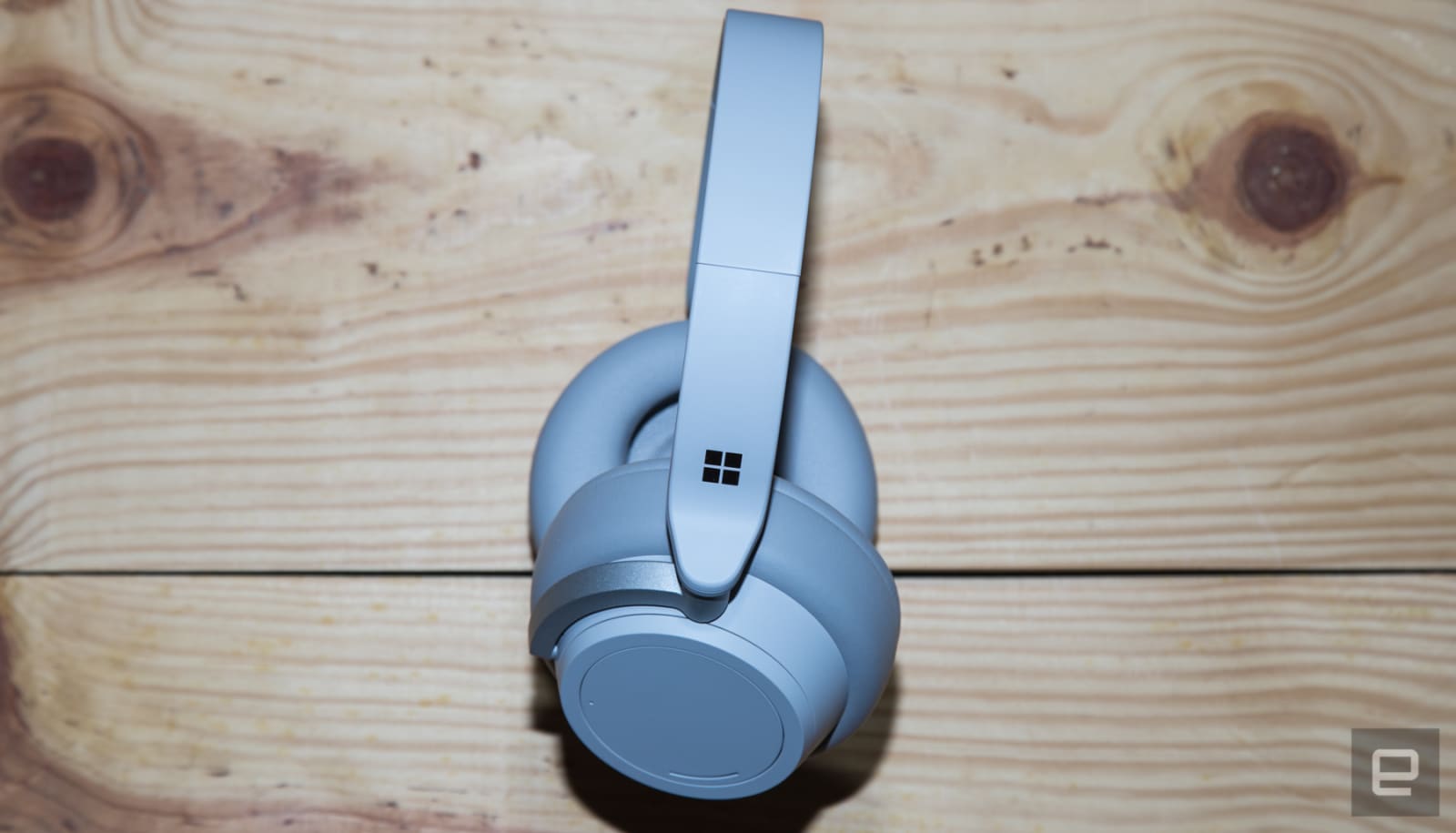 Overall, the sound feels slightly subdued and not as crisp and warm as I like from my audio equipment. I listen to a wide range of music, but mostly I listen to bands with actual instruments, and I really like hearing the ringing of a cymbal. Neutral might be what you're looking for, but in that tuning, the high end loses some of its magic. At least to me. The low end is better represented, but even that is slightly squelched. It feels like Microsoft was going for a happy medium hoping to appeal to as many people as possible.

Making the headphones appeal to a large swath of the population has also resulted in a comfortable wearing experience. The flexible band has been engineered to fit most heads without putting undue pressure on the wearer's ears or skull. I have an extra-large head and even after a few five-hour stretches, I didn't have any headphone fatigue. Even when wrapped around my giant noggin, the cans had plenty of give for someone with an even larger skull (possibly a bear) to wear the headphones.

The soft memory-foam materials made it feel like I was wearing tiny pillows on my ears. Which is nice. The band also has smooshy material that caresses the top of your head. The headphones are comfy and they should be great for long plane rides.

Unfortunately (and surprisingly), I was not traveling while reviewing the headphones. It would have been nice if I had time to try these on a plane to fully appreciate their nois- canceling capabilities. In the office, though, the feature completely cut out the rather loud HVAC system. It also made my coworkers sound really far away when trying to get my attention. 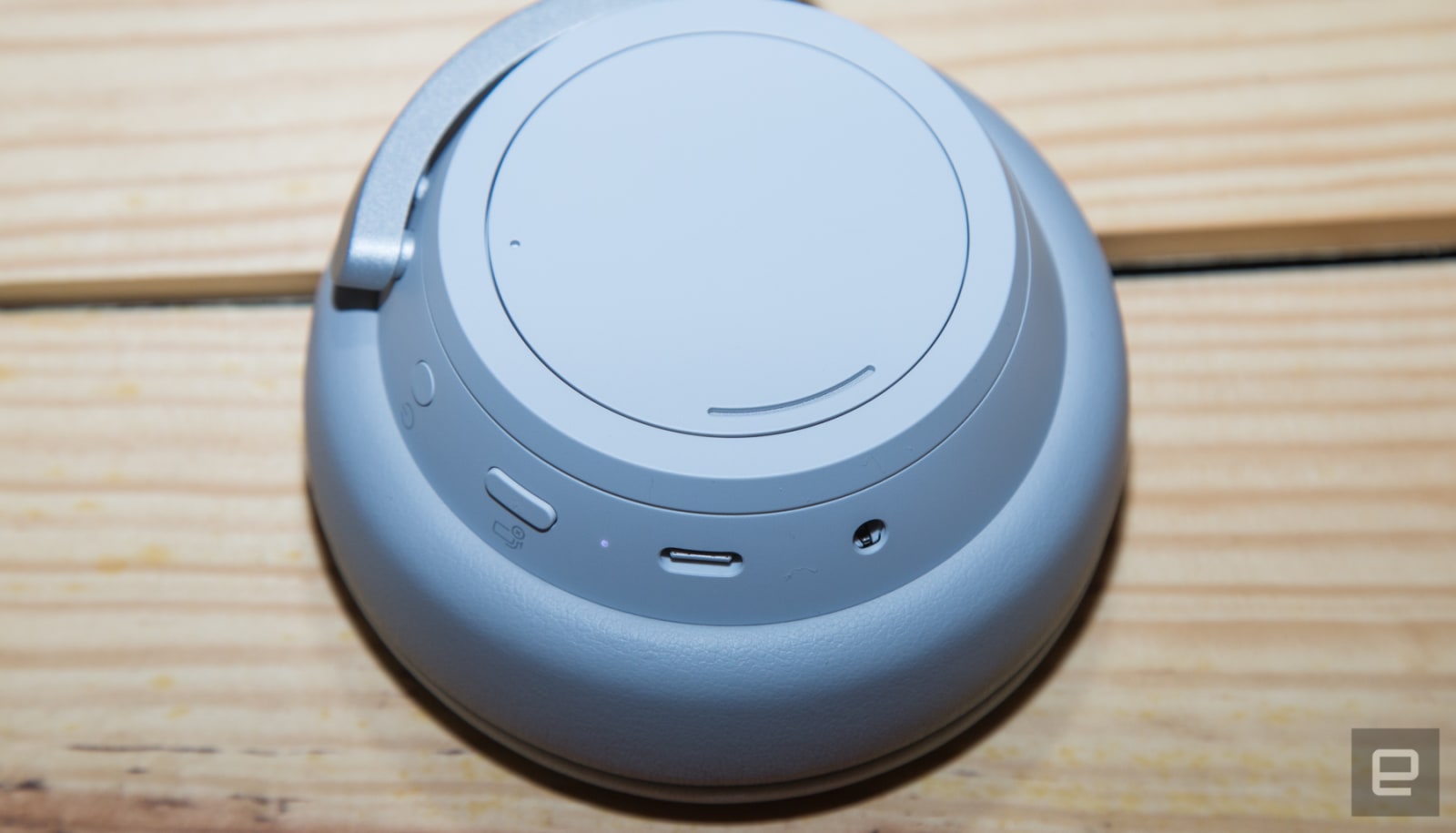 For those times when I actually had to pay attention to my coworkers and boss, Microsoft added the ability to adjust the strength of the noise-canceling. The headphones have 13 levels of ambient noise, including one that actually slightly amplifies what's going on around you. This is helpful when walking around the city or when your boss is yelling at you, asking where the hell that headphone review is at.

It seems like a weird feature to actually enhance the noise around you, but it's actually a great way to listen to music while still being able to interact with others. It's also something others in the market are adding to their headphones. Bragi had it at launch, and Nuraphones added it a while back. Turns out we all have situations in which being able to actually hear what's going on and manufacturers are filling that need.

While interacting with humans is great, the Cortana interactions are a weird inclusion. Yes, it works. You can ask Cortana questions using the iOS and Android apps or via a Windows machine and she answers them without much bother. You can also add things to your calendar, start phones calls, send emails and generally do the things you expect from a voice assistant. The rub is that Cortana robs the headphones of precious battery life. 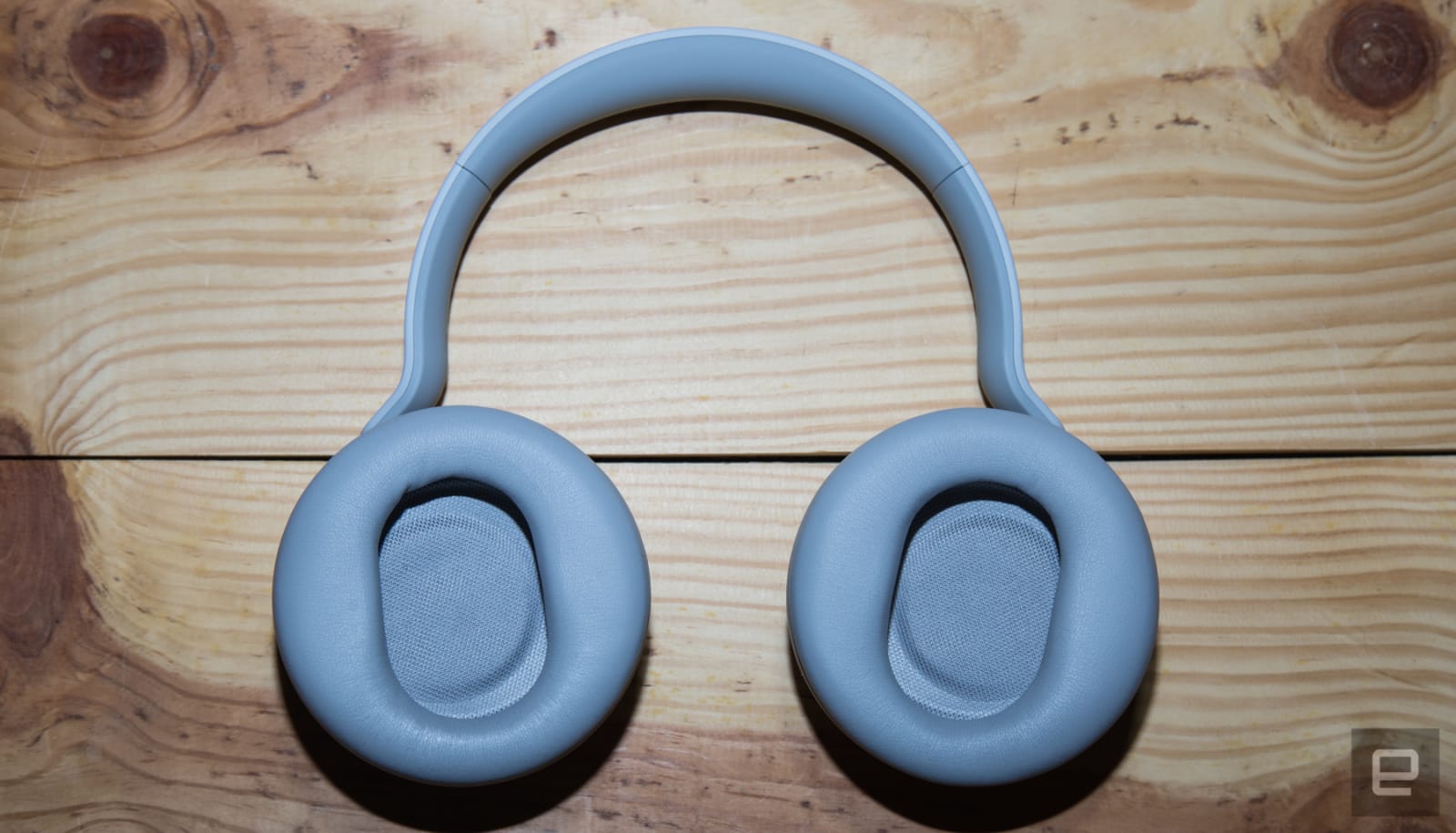 The Surface Headphones will last up to 15 hours on a charge. That time could be longer if Cortana wasn't always listening for the "Hey Cortana" wake words. Microsoft is mulling an update that would allow users to turn off Cortana to get more battery life. Meanwhile, the Bose QuietComfort 35 IIs will last up to 20 hours, and the Sony Sony WH-1000XM3s will keep you rocking for 30 hours. That's almost as long as a Phish concert!

Also, any smartphone you connect these headphones to will already have a voice assistant that you can use. Siri, Google Assistant -- they'll work with any Bluetooth headphones with a mic. You just use the wake word while wearing the headphones and your Apple and Android devices react. I understand Microsoft wants to push Cortana, but if it needs an app or a Windows machine to work and it sucks up battery life, what's the point?

Even with the weird inclusion of Cortana, Microsoft has built a very nice pair of headphones for its first try. It pulled together people from within the company from a bunch of different departments to make this happen. And while the first Xbox was a triumph and the first Surface tablet was less so, the Surface headphones land somewhere in the middle. A great first start, but they're not going to unseat the reigning headphone champions Bose and Sony. But they're in the running, and that's a good start.

Source: Microsoft
In this article: gadgetry, gadgets, gear, headphones, microsoft, noisecancelling, personal computing, personalcomputing, review, surface, surfaceheadphones, video, wearables
All products recommended by Engadget are selected by our editorial team, independent of our parent company. Some of our stories include affiliate links. If you buy something through one of these links, we may earn an affiliate commission.