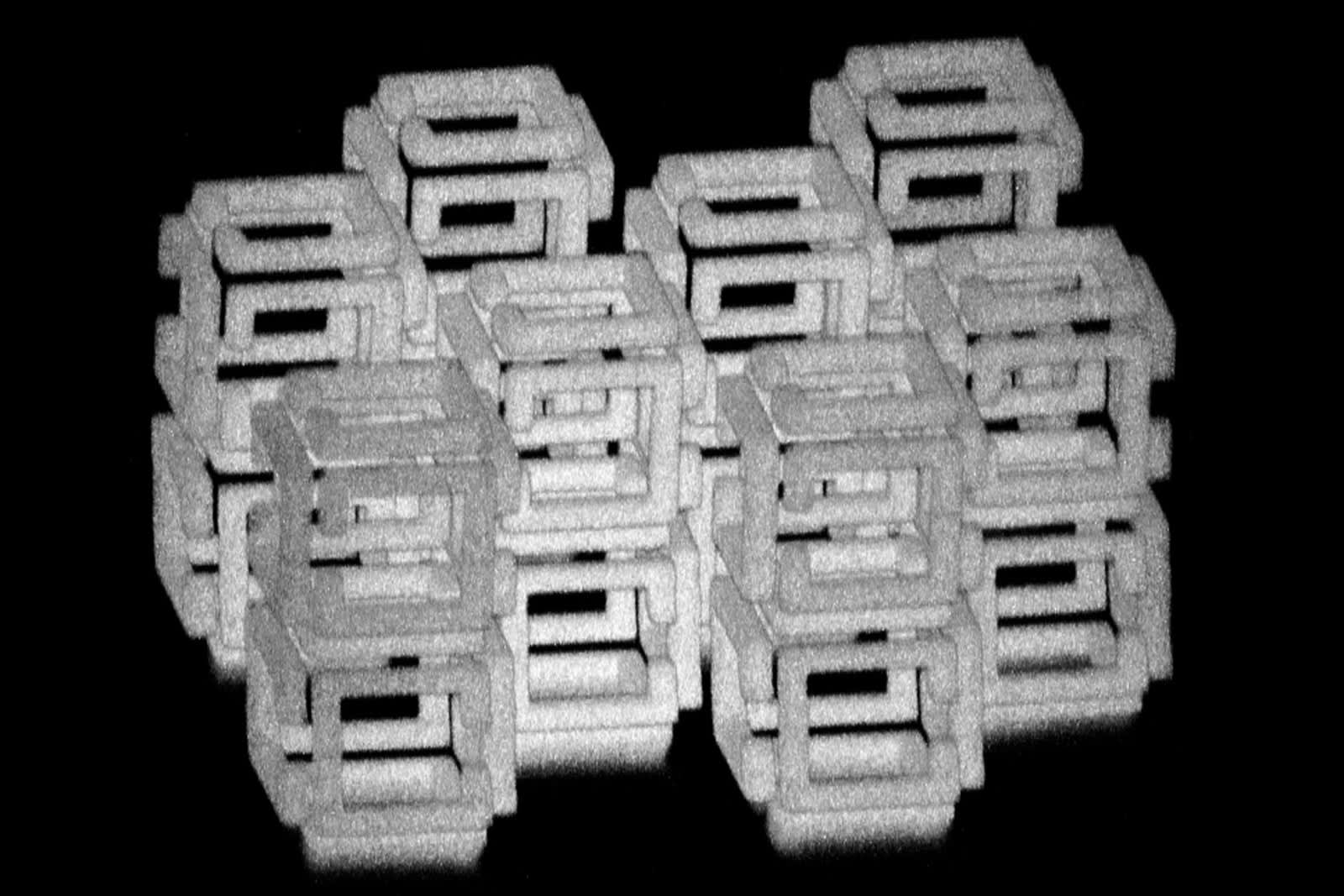 It's difficult to create nanoscale 3D objects. The techniques either tend to be slow (such as stacking layers of 2D etchings) or are limited to specific materials and shapes. MIT researchers might have a better way -- they've devised a technique for making nanoscale versions of 3D objects using a wide variety of materials and shapes. The team ultimately reversed a process for imaging brain tissue, whittling a relatively large object down to a creation one thousandth its original size.

The scientists' approach starts by creating a scaffold made of polyacrylate, an absorbent material you find in diapers. They then soak the structure in a solution of fluorescein molecules that attach to the scaffold when exposed to light -- creators can use lasers to place most any particle wherever they want, whether it's genetic material or metal nanoparticles. To shrink the structure down after that point, the team introduces an acid that blocks negative charges in the polyacrylate and forced it to shrink.

However, the potential is vast. The researchers suspect this could initially be used for creating specialized optics for science, microscopes and even smartphones, but it could be tremendously useful for nano-sized parts in robots. The main challenge at this point is scale. While the needed equipment is readily available in labs, it might be another matter entirely to mass-produce nanoscale parts.

In this article: gadgetry, gadgets, gear, health, manufacturing, medicine, mit, nanoscale, polymer, robotics, robots, science, tomorrow
All products recommended by Engadget are selected by our editorial team, independent of our parent company. Some of our stories include affiliate links. If you buy something through one of these links, we may earn an affiliate commission.