Meat-free 'Impossible Burger 2.0' tastes even closer to the real deal

It can also now be used as a main ingredient replacement in any ground meat dish.

The Impossible Burger has been making headlines for a couple of years now as a plant-based substitute to burgers that promises to look, taste and even "bleed" like the real deal. Today at CES, Impossible Foods is ready to unveil what is essentially Impossible Burger 2.0. According to the company, the new burger has no gluten and tastes closer to real meat than ever before.

One of the reasons for this is that the new Impossible Burger 2.0 is made with soy protein instead of wheat protein. This, according to the company, gives it a "meaty chew and versatile texture" that'll make it ideal not just as a burger, but also as a main ingredient in any ground meat dish -- think stews, chili, dumplings, meatballs and more. It has as much bioavailable iron and protein as the same size serving of ground beef, with 14 grams of fat and 240 calories per quarter-pound patty. 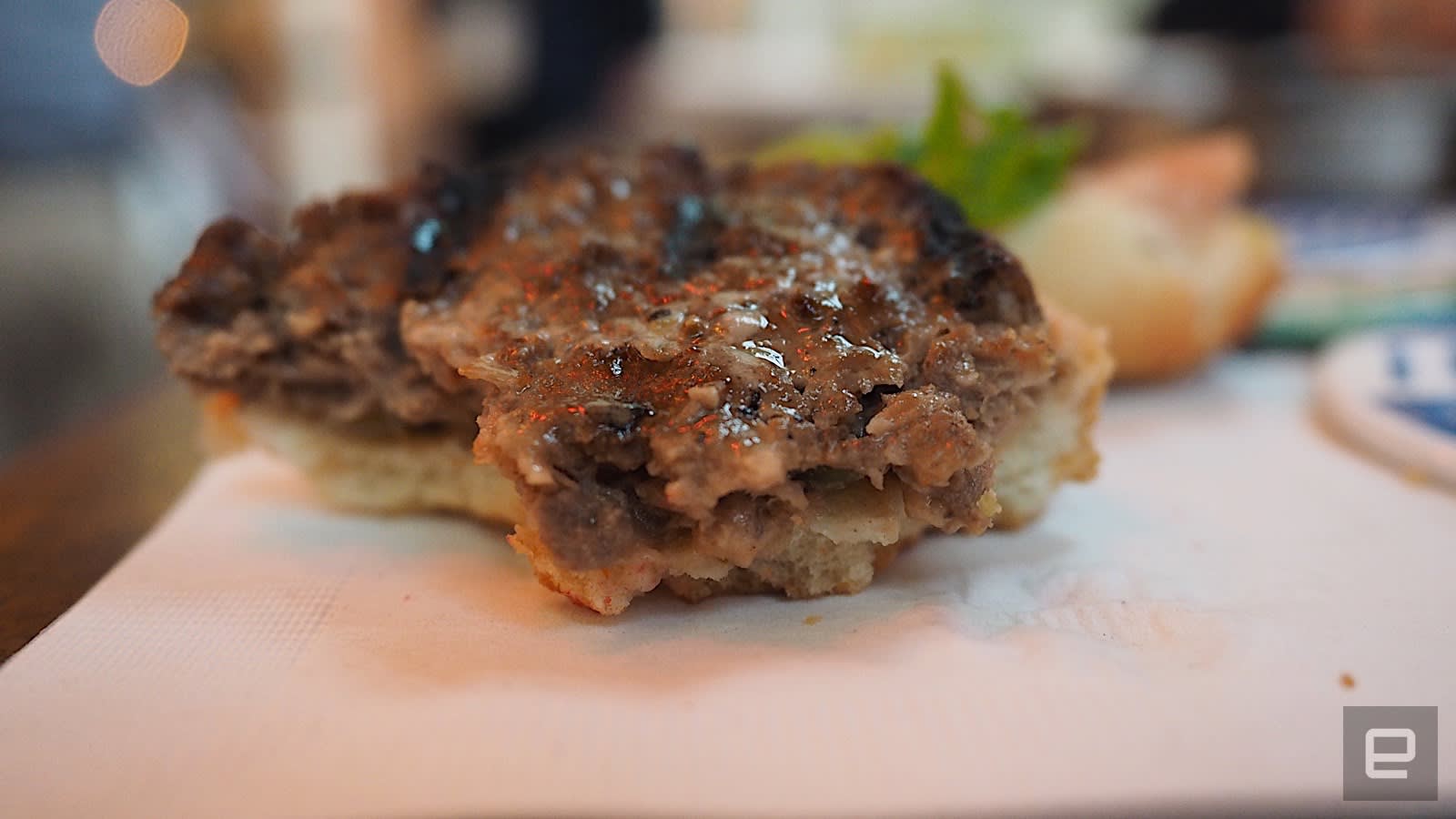 I've had the original version of the Impossible Burger before, and while it was definitely the best veggie burger I've ever had, I still definitely knew it wasn't real meat. Something about the texture and taste was still a dead giveaway that it was fake. So I was excited to try out Impossible Burger 2.0 to see if it was indeed different.

And it certainly is. I had a chance to have a bite of the new burger at an event here in Las Vegas, and it genuinely did taste like, well, a real burger. It was moist and juicy, and the texture was just right. I couldn't believe that this was supposed to be a plant-based substitute.

The first restaurant to serve the new Impossible Burger 2.0 will be Border Grill at the Mandalay Bay in Las Vegas starting today. Over 20 or so restaurants will get access to it too, such as Mission Chinese Food in New York City and Jardiniere in San Francisco. Chains like White Castle and Umami Burger will start serving the new recipe soon too. By mid-March, nearly all Impossible Foods restaurant partners will have the new version. The new Impossible Burger 2.0 is also coming to select US grocery stores by the end of the year.

All products recommended by Engadget are selected by our editorial team, independent of our parent company. Some of our stories include affiliate links. If you buy something through one of these links, we may earn an affiliate commission. All prices are correct at the time of publishing.
View All Comments
Meat-free 'Impossible Burger 2.0' tastes even closer to the real deal