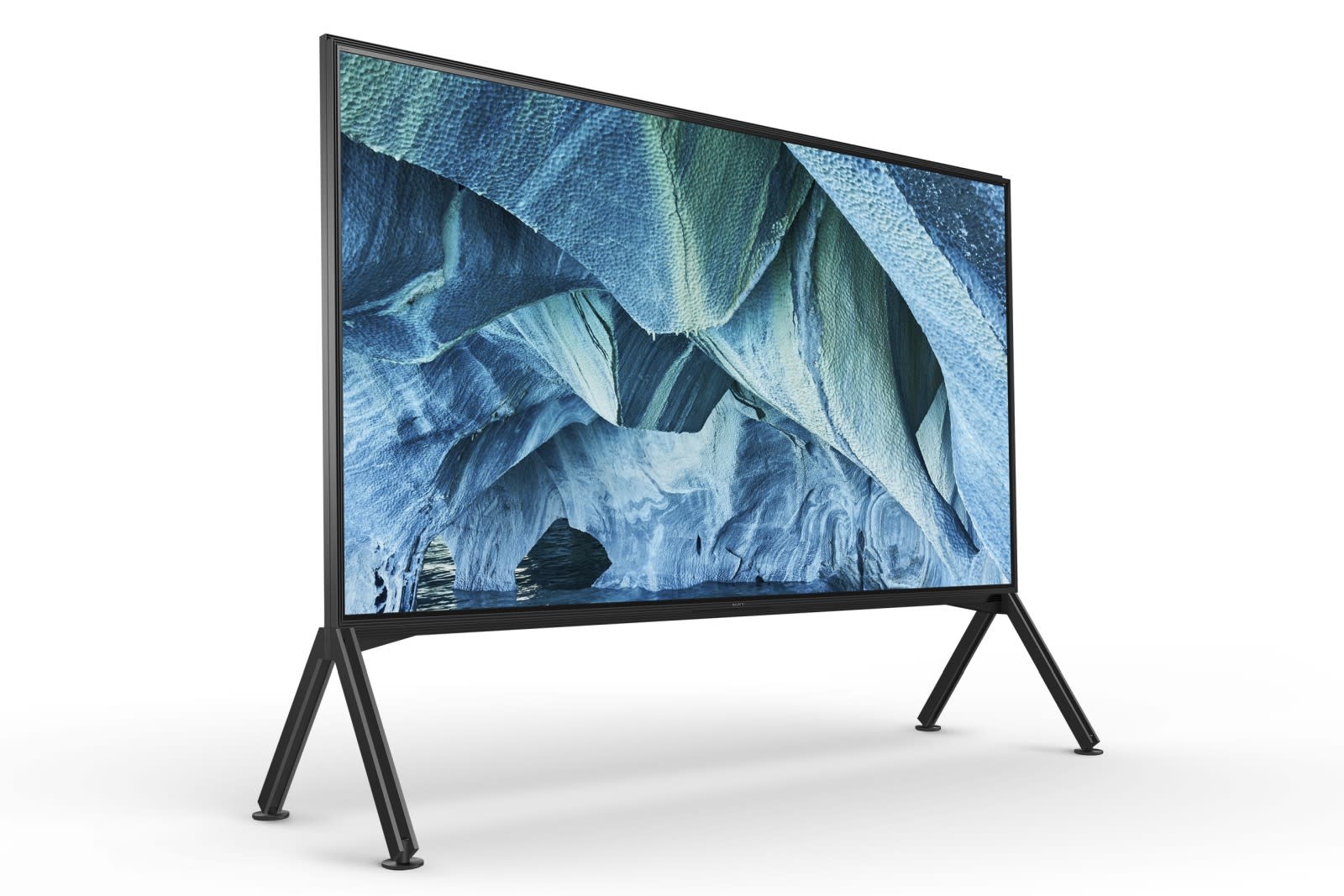 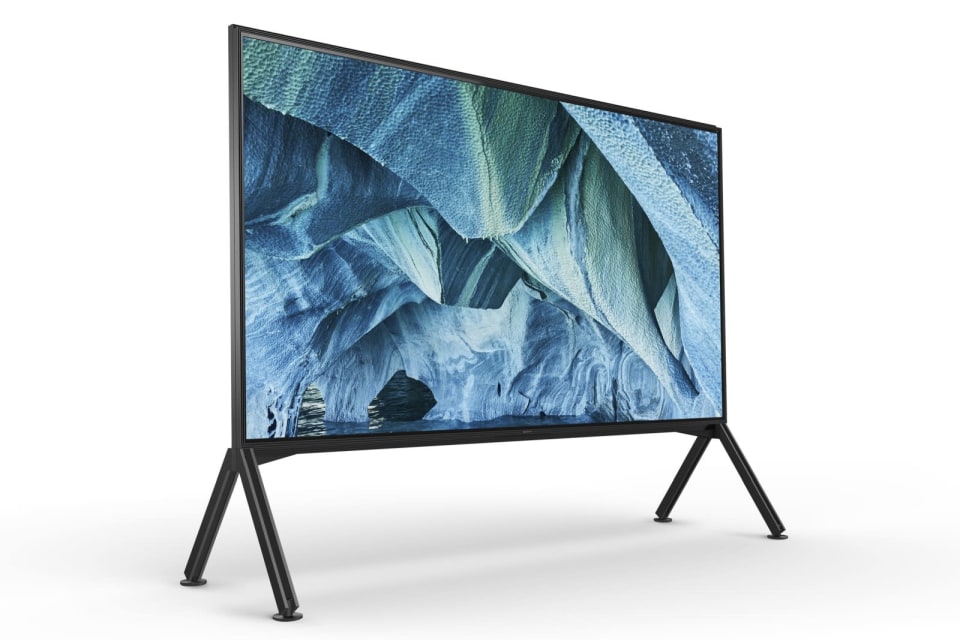 This year at CES Sony is one of the TV makers jumping into 8K with two "super-large" Z9G displays that are big enough, at 98- and 85-inches, to make use of the format's 33-million pixel resolution. According to Sony, these screens have "completely new" full array LED backlighting, plus a Picture Processor X1 Ultimate to manage the signal and upscale any lower-res video, which is important since 8K content will be hard to find for a while.

Sony didn't mention much about content, but they are ready for IMAX Enhanced content, which will be available via the Privilege 4K service in the spring, and all of its TVs have support for Netflix Calibrated Mode. Plus, like so many other TVs we're seeing this week, all of the Sony models announced here will get support for Apple AirPlay 2 and HomeKit later this year.

That high-res screen is surrounded by four speakers, with two at the top and two at the bottom, which Sony says can deliver an experience similar to its OLED TVs that deliver "Sound-from-Picture"reality. Assuming you have a home theater speaker setup (and for TVs like these we'd expect you would), it can also make the TV a center channel. It didn't call out support for HDMI 2.1 in the press release, but with 8K, as well as home theater equipment supporting features like Enhanced Audio Return Channel (eARC), we'd bet on having it. 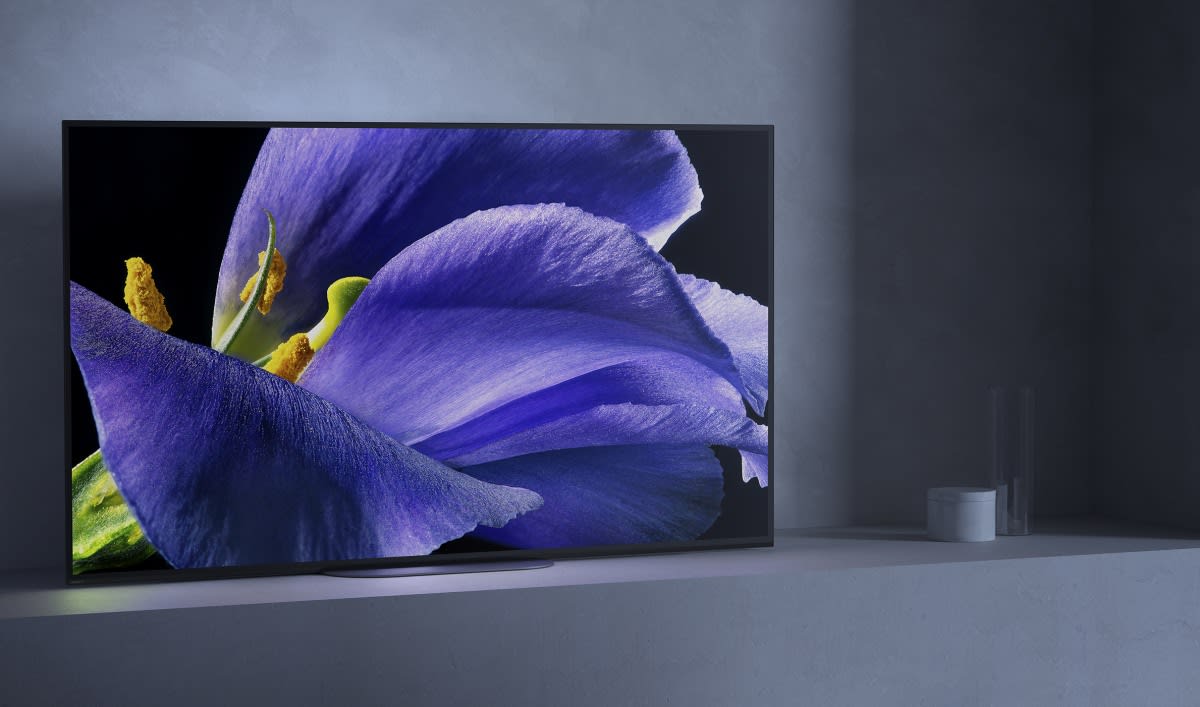 If you're not ready to make the move to 8K (or just don't have space for a 98-inch screen) then 4K TVs are still available, including a new line of Sony OLED TVs, the Master A9G series. Ready in 77-, 65- and 55-inch versions, this edition keeps the Acoustic Surface Audio+ speaker built into the display itself and can also be used as a center channel in a home theater, while a new wall mount makes it possible to get the screen even closer to the wall than last year's version. Sony is still relying on Android TV to power all of its smart features with Google Assistant voice control and tie-ins to smart speakers. A redesigned remote relies on RF instead of IR, and the user interface has been reworked as well. 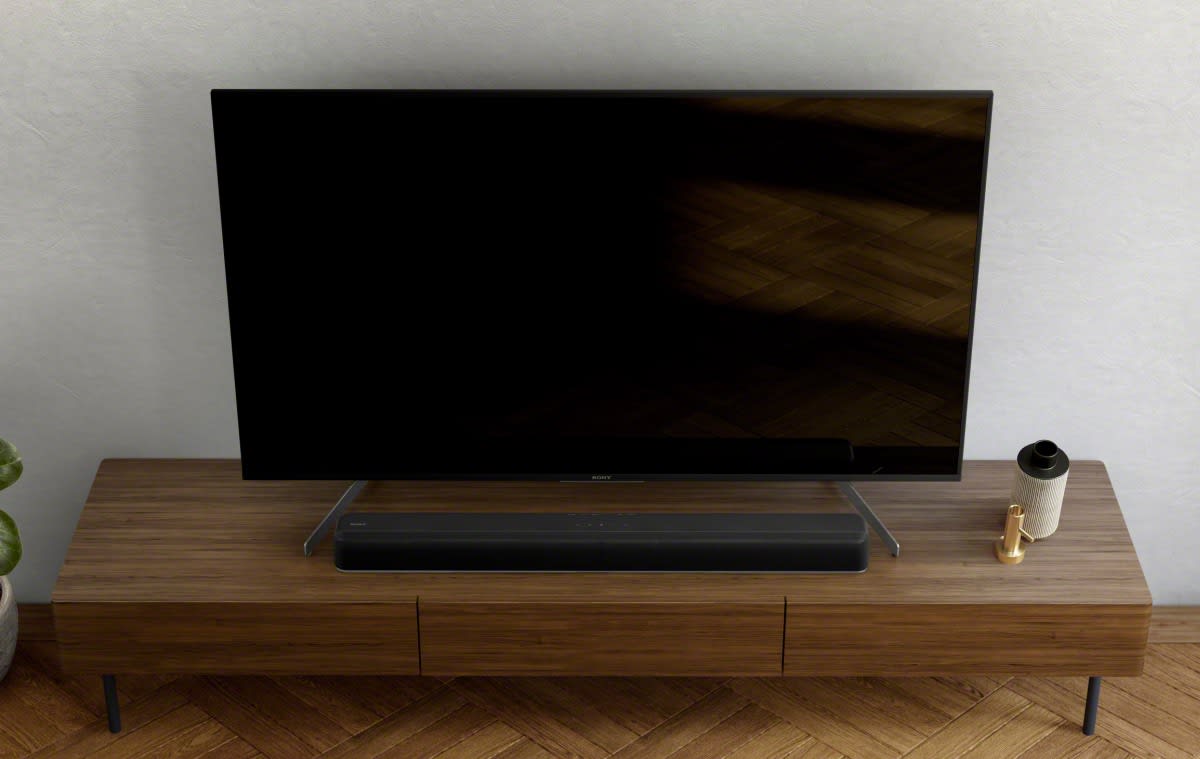 If you need a new Blu-ray player or sound bar to fill out your home theater then Sony has those on the way too. The HT-X8500 promises Dolby Atmos and DTS: X all in one slim package that has built-in dual subwoofers to deliver 2.1ch audio without any additional speakers and eARC support. The HT-S350 soundbar uses a separate wireless sub, and its UBP-X800M2 player is ready for all the HDR-10, HLG, or Dolby Vision 4K content you can throw at it.

The A8G series of 4K OLED TVs drops some of the image processing enhancements and the Acoustic Surface from the A9G, and they're only available in 55- and 65-inch sizes, and share built-in "Acoustic Multi-Audio by Sound Positioning Tweeters" with standard X950G 4K LCD screens that will go on sale in 85-, 75-, 65- and 55-inch versions. There's no word on pricing or release dates yet but that information should be available in the spring.

In this article: 4k, 8k, A8G, A9G, acousticsurface, airplay, androidtv, av, ces2019, gear, hdmi2.1, hdtv, HT-S30, HT-X8500, imaxenhanced, LCd, netflixcalibrated, oled, sony, tv, XBR, Z9G
All products recommended by Engadget are selected by our editorial team, independent of our parent company. Some of our stories include affiliate links. If you buy something through one of these links, we may earn an affiliate commission.