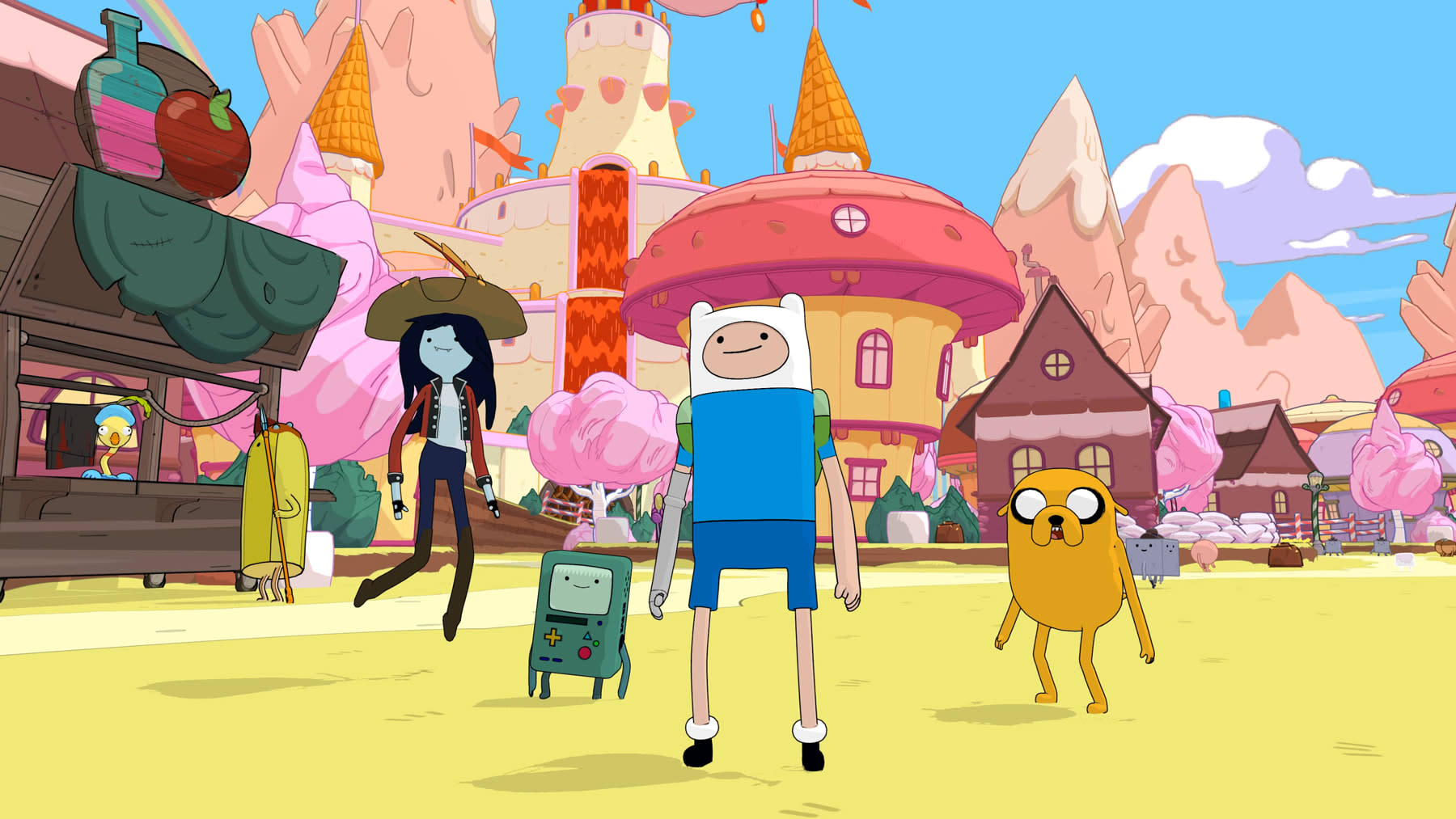 Sony launched its subscription plans for PlayStation Now, a service that lets you download and stream games from an ever-growing library, on January 13th, 2015. Since then, a lot has changed. The company has added PS4 blockbusters and PS2 classics to its once PS3-only catalog. Meanwhile, Xbox Games Pass, Discord Nitro and others have emerged as competent pay-once, play-anything contenders on rival platforms. Many technology behemoths, including Google and, reportedly, Amazon and Verizon, are also experimenting with hardware-agnostic game streaming.

Sony's subscription service currently offers over 700 games. (I counted 646 on February 11th, 2019, in the UK.) The company's marketing is quick to highlight its biggest and most-loved titles, including Red Dead Redemption, Steep and Mafia III. Scroll across to the 'All Games' tab, however, and you'll find that the heavyweight pickings are slim. The bulk of the library is filled with forgettable titles such as Alien Spidy, Gem Smashers and Kung Fu Rabbit. There are four Formula 1 games -- yes, four -- ranging from F1 2014 to 2017. While a valuable form of game preservation, they feel like needless padding. How many people want to go back and play F1 2014?

The catalog does have some big hitters, however, including The Last of Us (the PS3 version, not the PS4 remaster), Fallout: New Vegas and BioShock Infinite. But as I started bookmarking titles, I quickly realized how many were already sitting in my library. Bloodborne, Until Dawn, For Honor, Mafia III, Journey, God of War III: Remastered -- I had earned all of these through PlayStation Plus, an older subscription service that costs $9.99 per month or $59.99 per year and is required to play PS4 games online.

As I started bookmarking titles, I quickly realized how many were already sitting in my library.

You don't need PS Plus to take out a PlayStation Now subscription. That means you could ditch PS Plus -- which usually means forfeiting your library of 'free' games -- and still have access to the titles I just mentioned.

So which, if any, should you choose? If you own a PS4 and play anything with an online multiplayer component, you obviously need PS Plus. PlayStation Now has a bigger and broader selection of 'free' games, though, in particular for people who are new to the ecosystem and haven't accrued a decent library of PS Plus games.

If, like me, you've had PS Plus for some time (and religiously added the monthly games to your library), you'll be underwhelmed by the selection of PS4 games in PlayStation Now. Instead, I found myself gravitating towards the grab-bag of PlayStation 2 and 3 titles, which include Ape Escape, Dark Cloud, Resistance 3 and the original Uncharted trilogy.

The PlayStation 4 doesn't support traditional backward compatibility. Shove a Fallout 3 disc into your PS4 Pro, for instance, and nothing will happen. This is due to the custom Cell processor that Sony used in the PS3. It was a capable but notoriously difficult chip for developers to work with, and the company wisely chose to switch to the more common x86 architecture for the PS4 in 2013. Sony has cracked PS2 emulation, however, and currently offers a small selection of classics in the PlayStation Store.

As a result, on the PS4, PlayStation Now only offers downloads for PS4 and PS2 games. Everything from the PS3 era has to be streamed over a Sony-controlled server. (If you're on PC, the entire service is streaming only.) I tried the critically acclaimed Ico (the HD remaster that was released for the PS3 in 2011, not the PS2 original) over my admittedly ropey home broadband connection. PlayStation Now tested my setup, however, and deemed it acceptable for game streaming. In theory, then, my experience should have been as Sony and the participating developers intended.

Ico worked well enough, and I was immediately captivated by the atmospheric puzzler crafted by Fumito Ueda in 2001. It helped, of course, that the slow-paced adventure didn't require precise platforming or ninja-like reactions to defeat its shadowy monsters. I did notice the occasional slow-down and dropped frame, but there was no perceptible input lag.

Buoyed with confidence, I tried Sonic Generations, a blazing-fast mixture of 2D and 3D stages. I charged through the first couple of levels with a grimace, rather than a Cheshire cat grin on my face. Something about the platforming felt a tad off. A short delay, perhaps, between my thumb hitting the X button and watching the blue blur launching himself over a chasm of game-ending spikes. I was suddenly aware that my eyeballs were watching a feed, rather than a game running natively on the PS4.

I had a hard time playing Sonic Generations.

To verify these feelings, I downloaded two PS4 games through PlayStation Now: Steep, an extreme sports title that was recently given away as part of PS Plus, and Adventure Time: Pirates of the Enchiridion, a family-friendly game based on the Cartoon Network phenomenon. The process took considerably longer than starting a new stream, of course. But no longer than a game would normally take to download after purchasing it through the PlayStation Store. Unsurprisingly, both games ran beautifully. I quickly dumped more than a dozen hours into Steep, descending both Alaska and the Alps via snowboard, wingsuit and paraglider. Likewise, I was soon swept up in the colorful adventure featuring Finn, Jake and Marceline.

The flawless performance made me think of Xbox Games Pass, a subscription service that leverages the true backward compatibility of the Xbox One. There's no way that Sony can match this, of course. But it could aim for a similar breadth and quality of current-gen titles. Xbox Games Pass offers every Microsoft exclusive on the same day that it hits store shelves. Meanwhile, I have no idea if the God of War reboot, Detroit: Become Human and Insomniac's Spider-Man will ever come to PlayStation Now.

You can download any PS4 game included with PlayStation Now, including Steep.

I have a few other gripes with the service. Navigating to PlayStation Now through the PlayStation Store, for instance, is hugely inconvenient. If a shortcut doesn't appear on your PlayStation 4 home screen (it didn't on my system), adding it manually isn't straightforward. I would also like the option to boot into PlayStation Now automatically -- bypassing the traditional home screen altogether -- if I decide that the service is my primary way of purchasing and playing games.

PlayStation Now will also end your stream if you've been inactive for too long. I discovered this after pausing Ico and eating dinner partway through a difficult puzzle. The PS2 classic doesn't have an autosave feature, so I was forced to restart the stream and pick up from my last manual save. I understand why Sony does this -- server management is crucial to maintain stream performance -- but it's still annoying.

Should you subscribe to PlayStation Now? If you have a ridiculously fast internet connection and don't own many games, I think it's worth considering. You can always subscribe for a month or two and blitz through the games that interest you the most. It'll be cheaper than buying them individually through even the steepest sales on the PlayStation Store. If you already own some of the games, however, or have a backlog like me -- just play those instead. You can download and enjoy them without any of the technical worries associated with streaming.

It's cheaper for me to stream the Metal Gear Solid HD Collection, for instance, than buy a second-hand PS3.

Similarly, if you spend a good chunk of time playing Fortnite, Apex Legends and other online titles, don't bother. You're already paying for PS Plus and don't have the hours required to extract the true value of PlayStation Now. (You could, I suppose, make the argument for both if you have buckets of money and near-limitless free time.)

If you fully commit to the service, though, there are savings to be had. It's cheaper for me to stream the Metal Gear Solid HD Collection, for instance, than buy a second-hand PS3. You also never have to worry about buyer's remorse or any sense of obligation to finish something you purchased. With a Netflix-style library, you can just put it down and try something else with zero financial repercussions. For PC players, too, it's an affordable way of accessing PS4 exclusives like Bloodborne and Until Dawn.

Still, I wish the library was broader. Twenty bucks is hard to justify if you're only mildly interested in the games it has to offer. I would pay a slightly higher fee, similar to EA's Origin Access Premier, for immediate access to new PlayStation exclusives. Otherwise, I'm happy with my PS Plus subscription and trawling the PlayStation Store for great deals.

In this article: game streaming, gaming, PlayStation, PlayStation 4, PlayStation Now, PS4, review, services, sony, streaming
All products recommended by Engadget are selected by our editorial team, independent of our parent company. Some of our stories include affiliate links. If you buy something through one of these links, we may earn an affiliate commission.