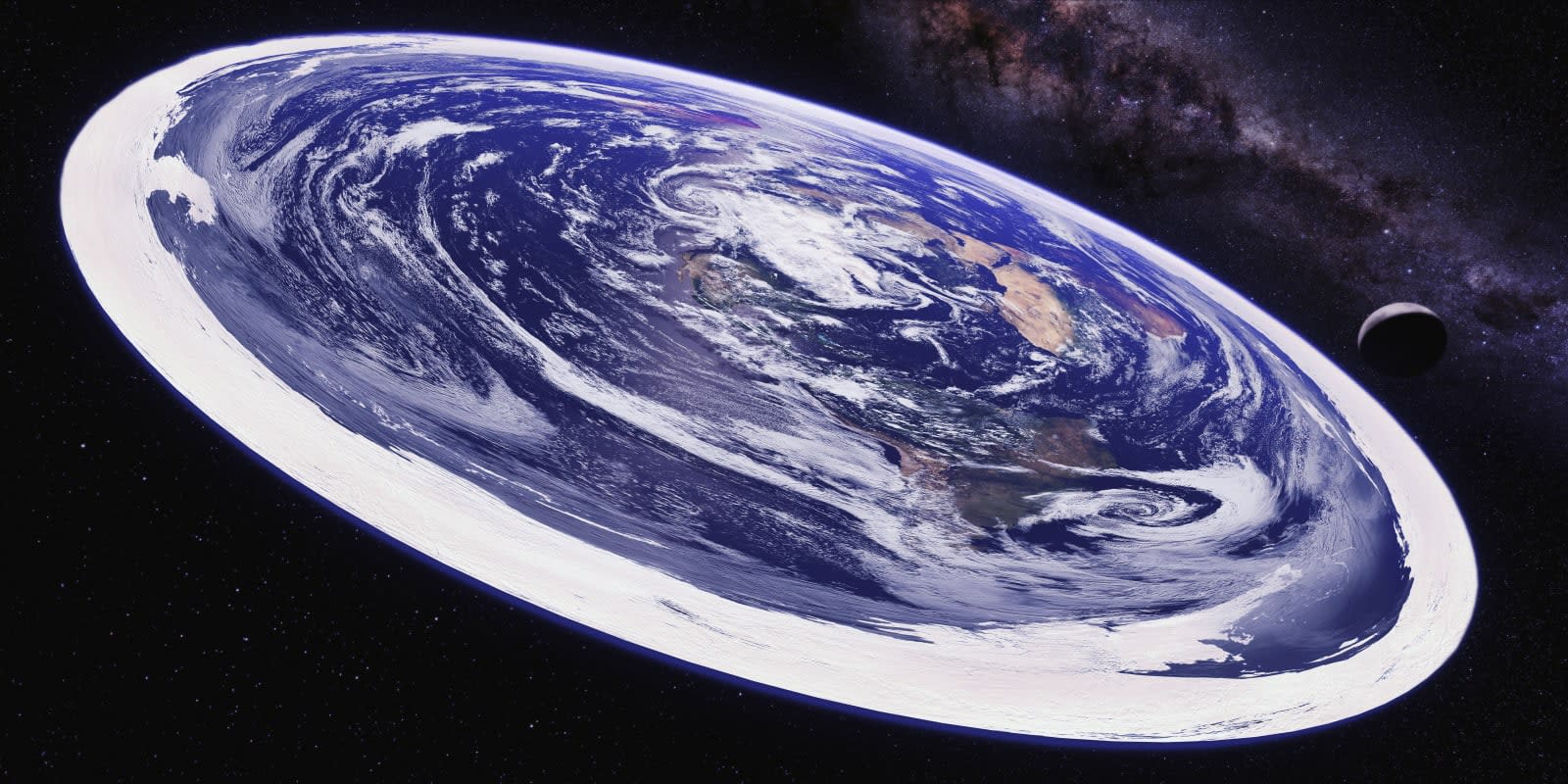 Despite steps taken to counteract problematic material YouTube is still a hotbed of hoaxes and fake news -- a problem that's become so prevalent the site recently announced it is changing its AI in a bid to improve matters. But now the scope of the problem has really come to light, as new research suggests that the increasing number of Flat Earthers can be attributed to conspiracy videos hosted on the site.

According to Asheley Landrum, assistant professor of science communication at Texas Tech University, all but one of 30 Flat Earthers interviewed said they hadn't considered the Earth to be flat until watching videos promoting the theory on YouTube. Presenting her results at the annual meeting of the American Association for the Advancement of Science in Washington DC, Landrum said that most were recommended videos after watching clips about other conspiracies, such as alternative 9/11 theories and fake moon landing theories.

Landrum's interest in the topic was first piqued after she attended the world's largest gatherings of Flat Earthers at the movement's annual conference in Raleigh, North Carolina, in 2017. She visited the conference again in 2018, when it took place in Denver, Colorado, to interview a number of the attendees. According to Landrum, the one person who didn't point to YouTube as a catalyst for their opinion change had their mind changed by family members who themselves were convinced by YouTube videos.

As AI expert Guillaume Chaslot explained on Twitter earlier this month, conspiracy theory videos tend to be promoted by YouTube's AI more than fact-based videos because platforms that use AI often become biased by small groups of very active users. This explains why Microsoft's AI chatbot Tay became a racist nightmare in less than 24 hours when it was left in the care of Twitter users.

According to Landrum, YouTube isn't doing anything wrong, but it could be doing more to protect viewers from misinformation. "Their algorithms make it easy to end up going down the rabbit hole, by presenting information to people who are going to be more susceptible to it." She called on scientists and other creators to make their own videos to counteract the slew of conspiracy videos. "We don't want YouTube to be full of videos saying here are all these reasons the Earth is flat. We need other videos saying here's why those reasons aren't real and here's a bunch of ways you can research it for yourself."

In this article: conspiracy, entertainment, Flat Earth, internet, recommendation, services, study, theories, tomorrow, videos, YouTube
All products recommended by Engadget are selected by our editorial team, independent of our parent company. Some of our stories include affiliate links. If you buy something through one of these links, we may earn an affiliate commission.
Share
Tweet
Share