How to turn a Raspberry Pi into a game console

All you need is the Pi and about half an hour of free time.

This post was done in partnership with Wirecutter. When readers choose to buy Wirecutter's independently chosen editorial picks, Wirecutter and Engadget may earn affiliate commission. Read the full guide on how to turn a raspberry pi into a gaming console here.

The Raspberry Pi is a $35 computer that can do a lot of things, but few projects are as popular as turning it into a retro-gaming console; imagine something the size of an NES or SNES Classic mini console with a few hundred games on it instead of a few dozen. With about half an hour of free time and some lightweight technical know-how, you can convert this card-deck–sized computer into a console capable of emulating nearly every classic video game system from the 1970s, '80s, and '90s.

The tools you need

Emulation is best done on the newest, fastest Raspberry Pi, because even old games require a lot of processing power. However, for the time being we're recommending the Raspberry Pi 3 for this project, not the just-released Raspberry Pi 3 B+. The 3 B+ is a little more powerful and has improved wireless connectivity, but not all operating systems, including our pick for this project, Recalbox, have been updated to work with it yet.

The kind of controller you need depends on the type of games you want to play; we like the DualShock 4 controller if you plan on playing both 2D and 3D games, or the Buffalo Classic USB Gamepad for 2D games.

Any Raspberry Pi 3 case will work, but we like this one that's shaped like a Nintendo Entertainment System and has a functional power button. You'll also need an HDMI cable and access to a Mac or Windows computer for the setup process. I also keep a mini wireless keyboard like this one around to help deal with any troubleshooting, but that's optional. 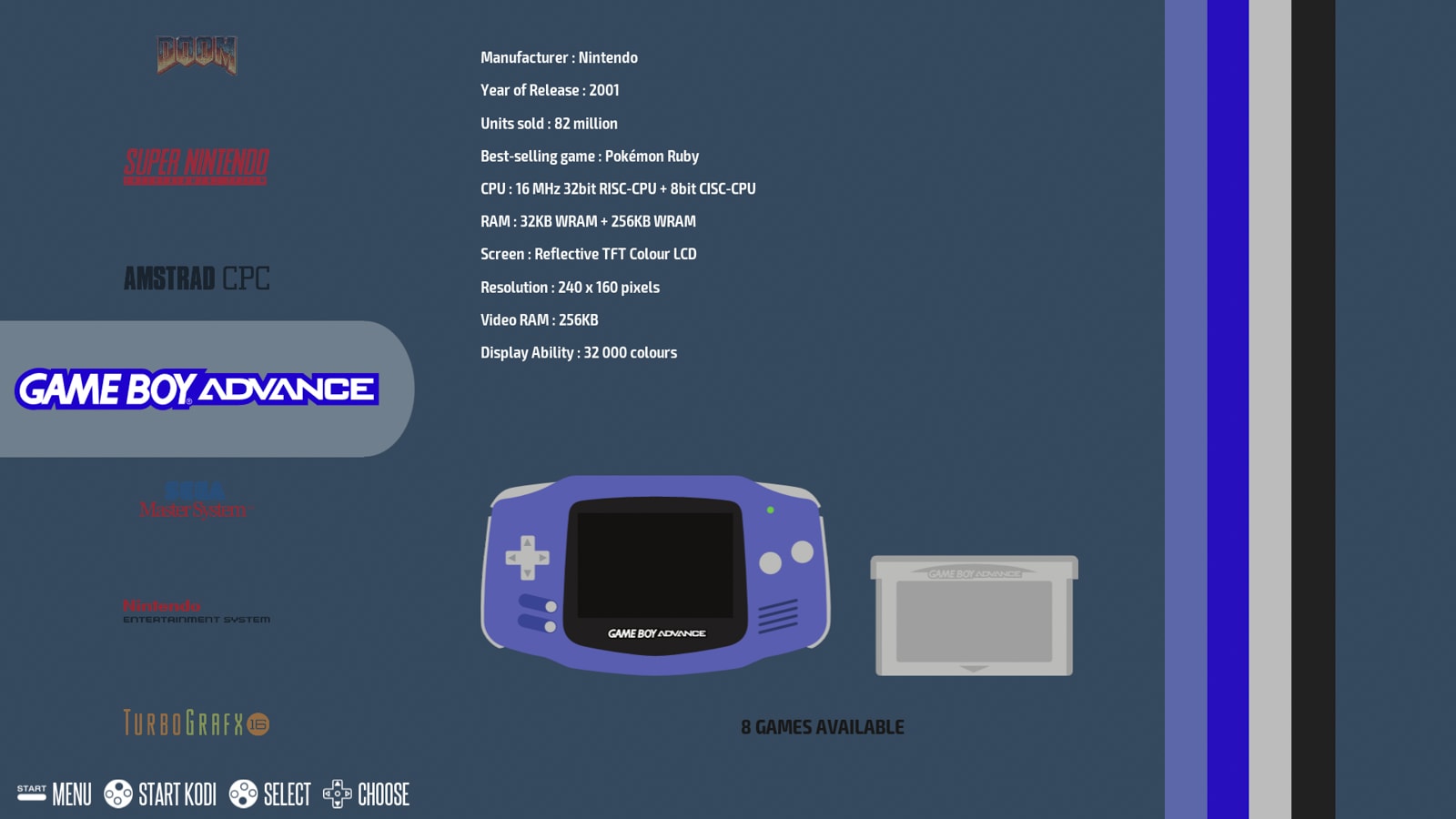 You can browse emulators, games, and do everything else in Recalbox with a controller, no keyboard or mouse is required.

An emulator is software that makes a computer work like another computer. There are emulators to make your Raspberry Pi work like a video game console, such as a Nintendo Entertainment System, Sega Genesis, PlayStation, or even a DOS-based PC. Most games come in the form of individual files called ROMs, named for the read-only memory chip of the game cartridge they were originally copied from.

ROMs are usually copyrighted material; making a digital copy of your own cartridges for use on these emulators is a legal gray area and usually requires specialized hardware, but companies like Nintendo have made it clear that they consider using emulators for games without permission from the copyright holder illegal. Some independent developers make original games, referred to as "homebrew," for classic consoles, and this is completely legal. Popular homebrew games include D-Pad Hero, Alter Ego, and Blade Buster. If you're curious about the homebrew scene, ROMhacking is a great site to start with.

Using a Raspberry Pi as a game emulation machine is such a popular project that several operating systems exist for this sole purpose.

Using a Raspberry Pi as a game-emulation machine is such a popular project that several operating systems exist for this sole purpose. Each operating system includes emulators for nearly every console that's ever existed, from popular consoles like the Super Nintendo to more obscure systems like the Sinclair Spectrum.

RetroPie was the first operating system like this, but others have followed, including Recalbox and Lakka. For this guide, we'll use Recalbox, which is the easiest to set up and maintain. RetroPie can do more things than Recalbox, like supporting classic controllers hardwired onto the Raspberry Pi GPIO or playing games online, so if you're comfortable with Linux and don't mind tinkering you'll be able to customize it more thoroughly, but RetroPie and Recalbox run mostly the same emulators, so gameplay won't differ much.

Building a cheap emulation machine with a Pi comes with caveats. The Raspberry Pi can reliably emulate older, 2D-focused consoles like the Nintendo, Super Nintendo, or Sega Genesis. When it comes to 3D consoles, PlayStation titles work well, but Nintendo 64 and Dreamcast games are hit-and-miss, and emulators for newer consoles usually aren't even included because the Pi isn't fast enough to run them. You might notice some input lag on certain games (this can sometimes be fixed by turning Game Mode on in your TV settings), especially if you're using Bluetooth controllers. You'll run into other quirks, too—the sound might randomly cut out, or the Raspberry Pi may stop outputting video for no reason. These things don't happen often and troubleshooting is arguably part of the fun of a Raspberry Pi project, but keep in mind this isn't as reliable as an off-the-shelf product.

Burn Recalbox to an SD card 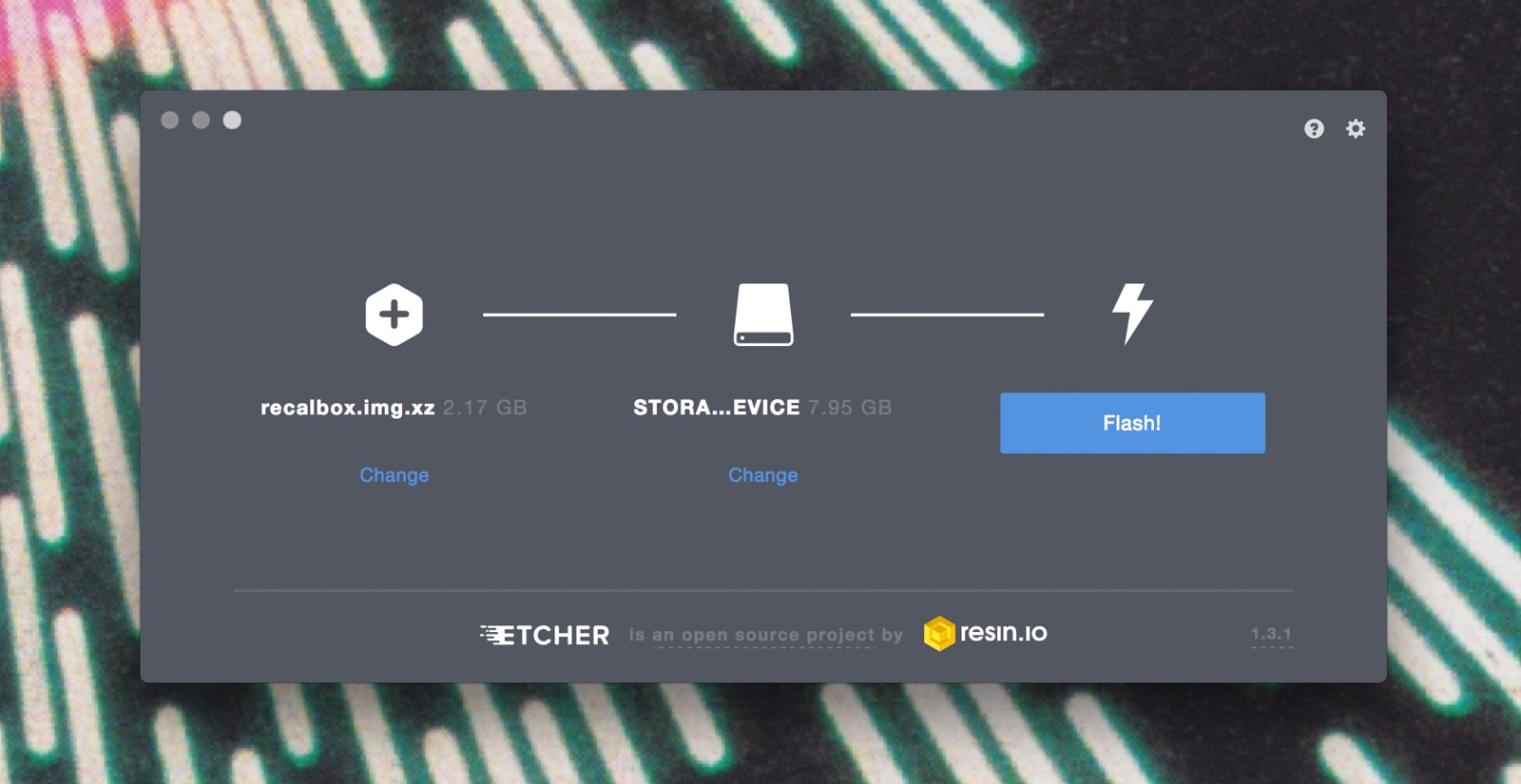 Etcher is the easiest way to create the Recalbox microSD card for your Raspberry Pi.

As with any Raspberry Pi operating system, the first step is downloading and burning (writing) a file to a microSD card:

When it's done, take out the SD card, insert it into your Raspberry Pi, plug in your controllers, then plug the Pi into the power supply and your TV or monitor. 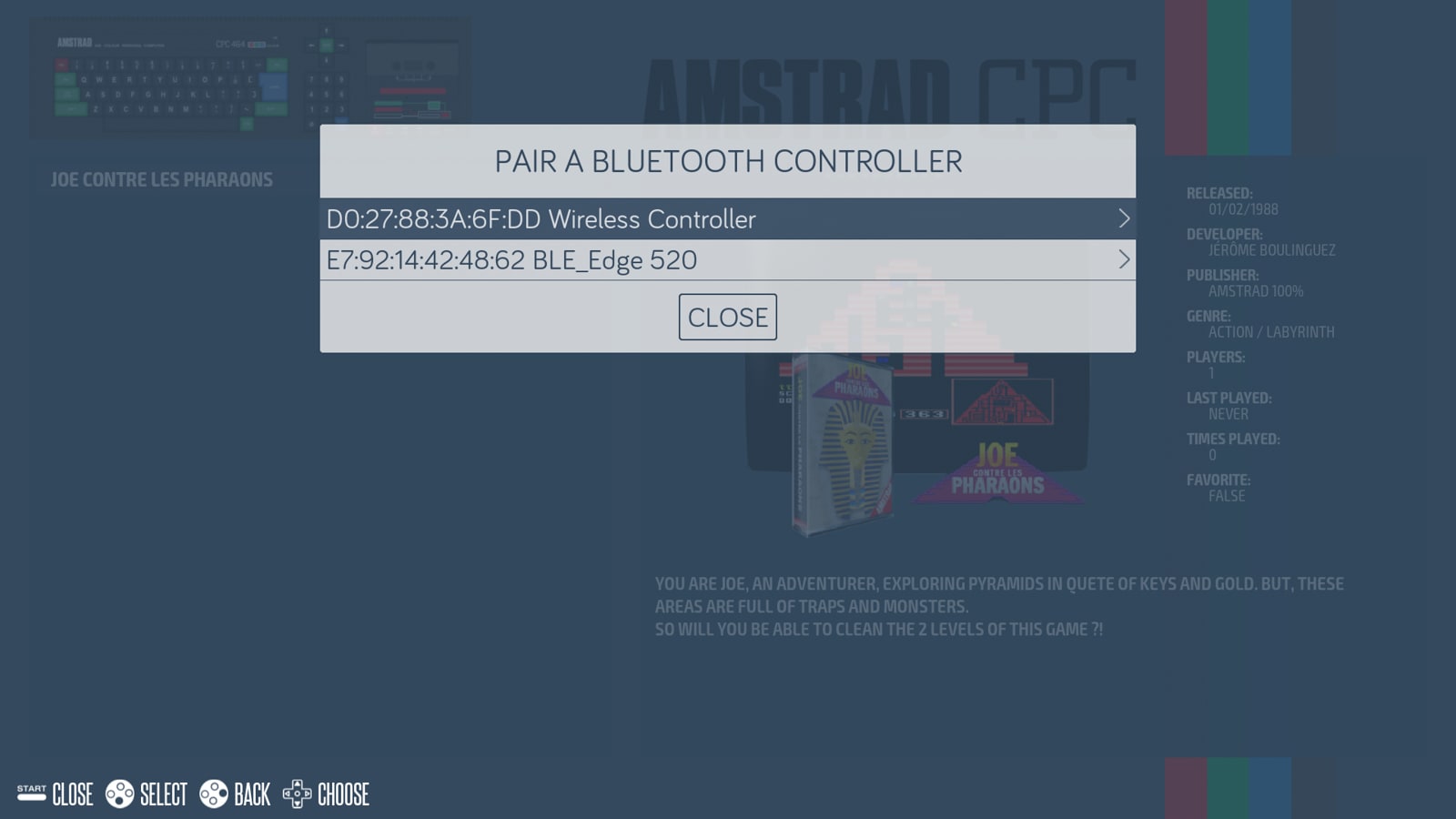 Most Bluetooth controllers, including the Sony DualShock 4 and Nintendo Switch Pro Controller, are compatible with Recalbox.

When you first boot up Recalbox, it will automatically run through a few setup steps, so let it do its thing until the main menu pops up. 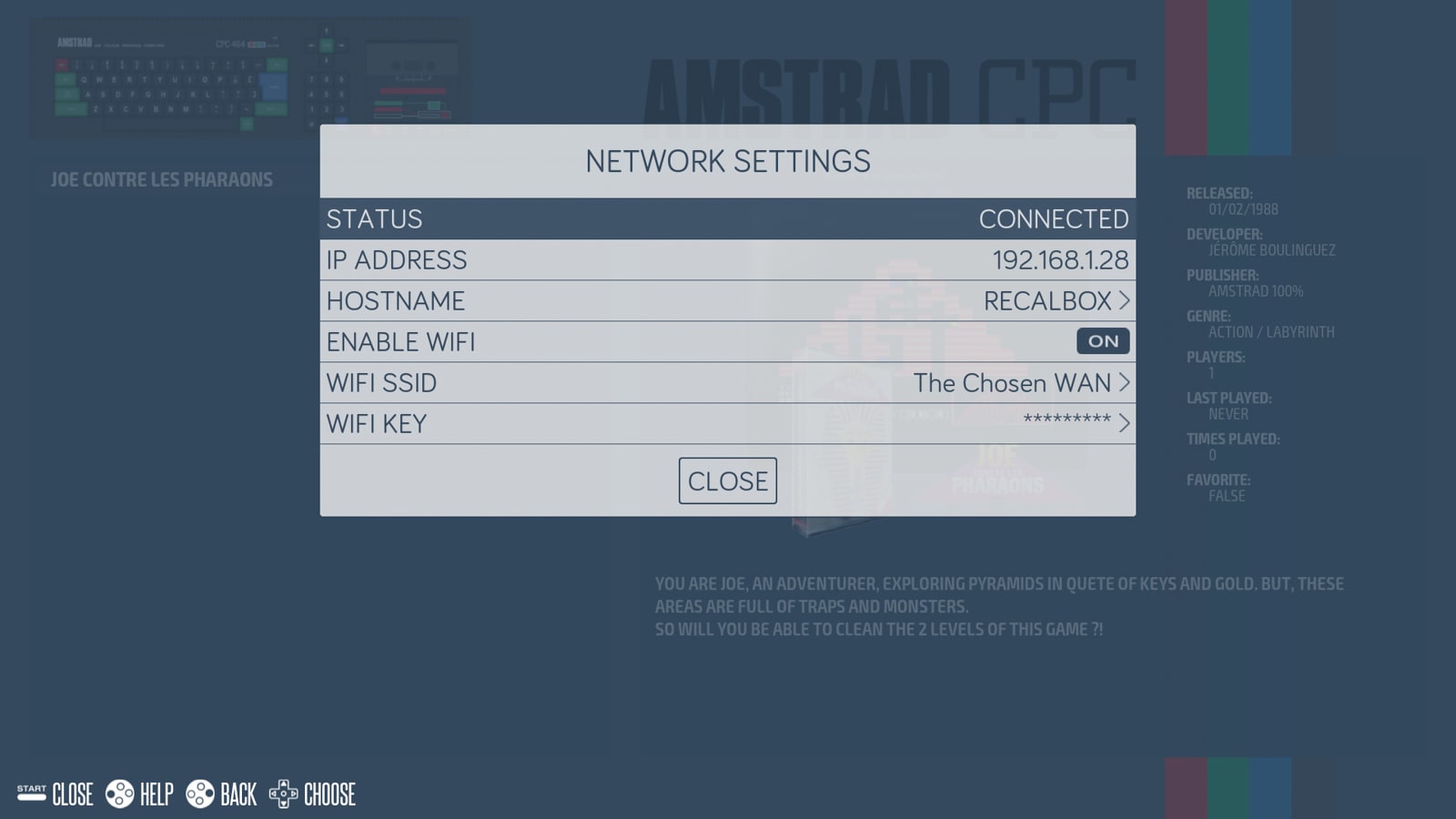 Once you set up Wi-Fi, you can access your Raspberry Pi remotely from your home computer.

Recalbox includes several free homebrew games for different consoles. If you don't immediately see a console you're looking for, that's because Recalbox hides any emulator that doesn't have a game installed. If you have a supported USB controller hooked up, you can navigate the menus with the D-pad or use a keyboard to do the same. 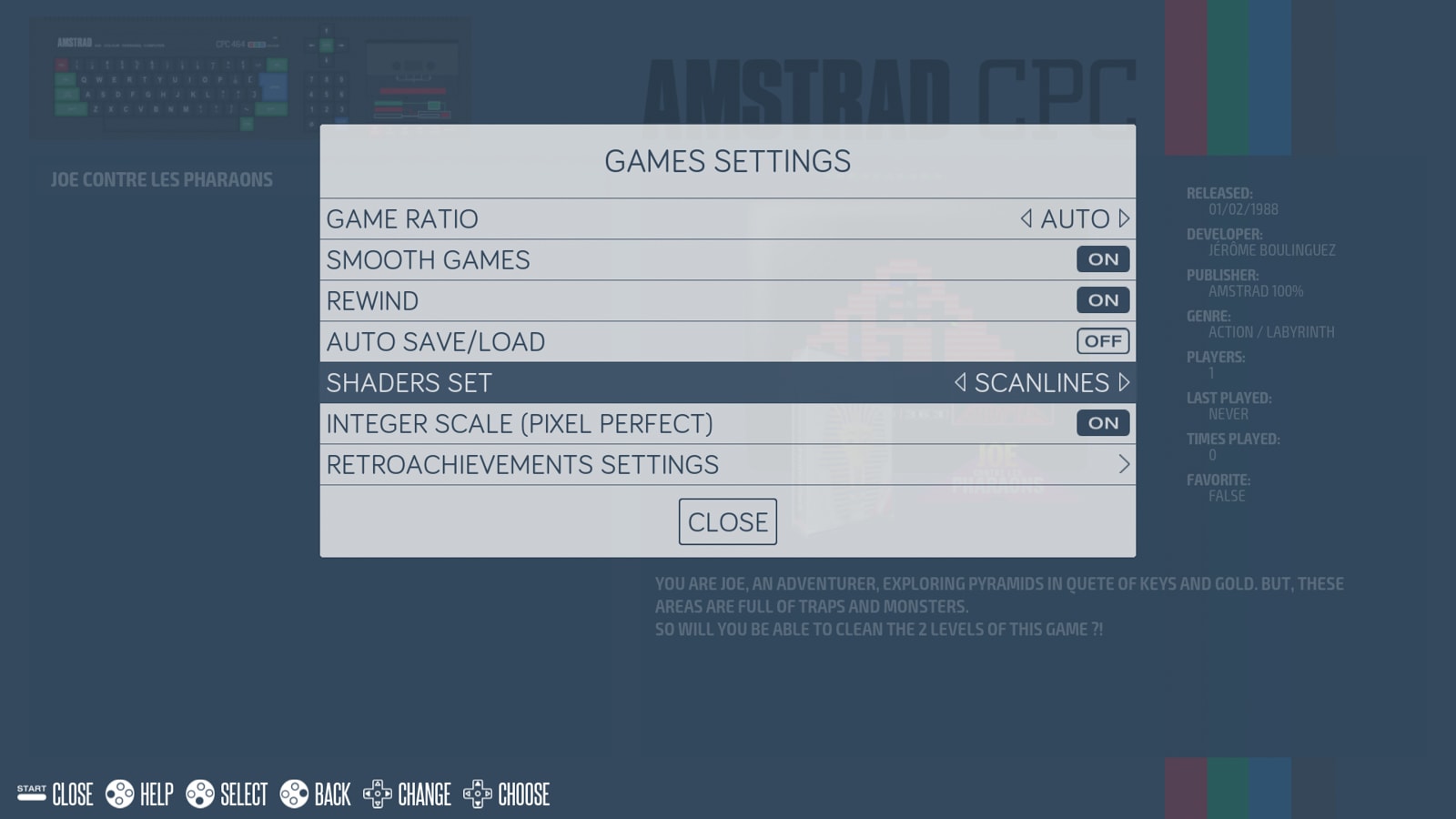 Shaders are visual effects that simulate old displays, like CRT TVs, so classic games look correct even on modern TVs.

Before you start playing games you'll want to configure a few things:

Once you're done with the setup, scroll through the included games and give a few of them a try to make sure everything is working as expected.

How to copy games to your Raspberry Pi 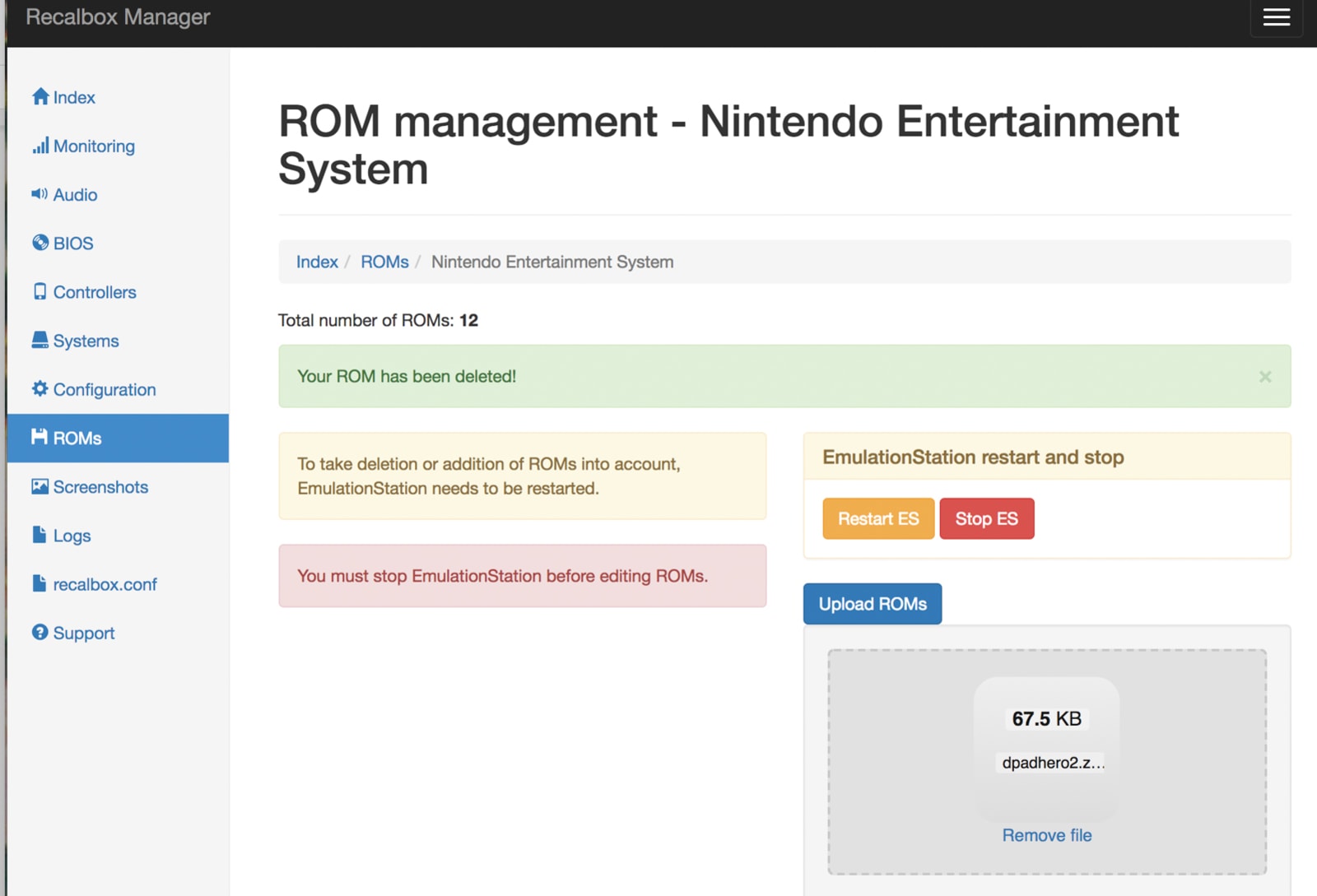 Recalbox has a browser-based manager so you can easily transfer files to your Raspberry Pi.

Recalbox includes a basic file and configuration manager you can access within your home network via a Web interface in your browser. Using this Web interface, you can copy ROMs over to your Raspberry Pi, manage basic settings, and more. To show how to transfer a ROM from your computer to the Pi, we'll use a copy of D-Pad Hero, a free homebrew NES ROM.

The Recalbox manager can do other things, too. You can access a variety of settings from the Web manager, including wireless network settings and shaders. You can even press a button to take a screenshot when you're playing games. If you don't like the browser-based manager, you can also access your Raspberry Pi in Windows Explorer or Finder on Mac, similar to how you'd use a network-attached storage device.

How to save, load, and exit games 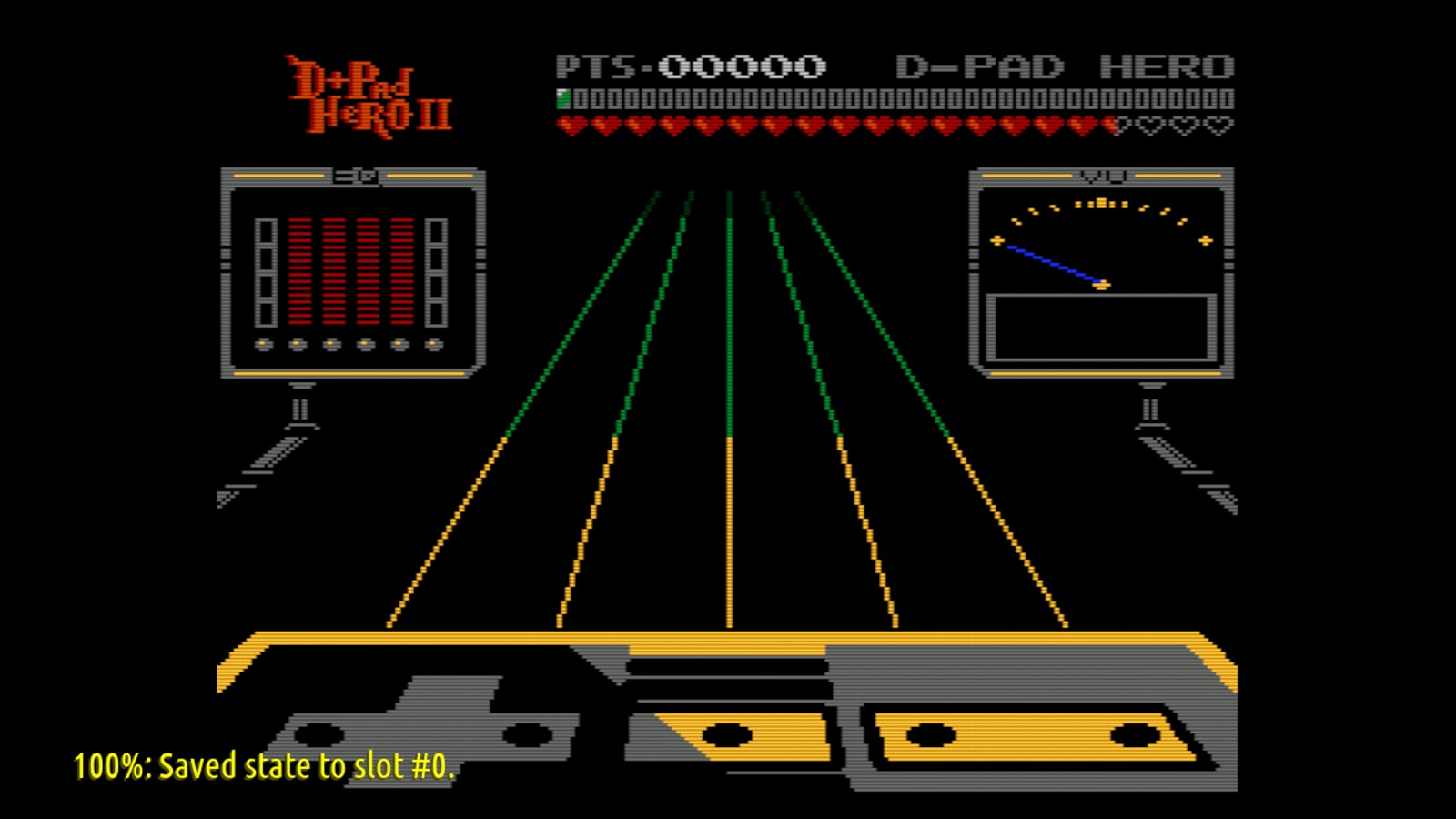 Once you boot up a game, you'll want to learn the hotkeys to save and load states and to return to the main Recalbox menu.

Emulators allow you to save games, even in old ones that don't have a built-in save system. These are called "save states," and they saves the exact moment you're at in a game. In order to save, load, and exit games on Recalbox, you use hotkeys by tapping two buttons on your controller at once.

Recalbox has a lot of tricks up its sleeve beyond the basics we've covered here, so be sure to check out the manual for extra guides and troubleshooting tips.