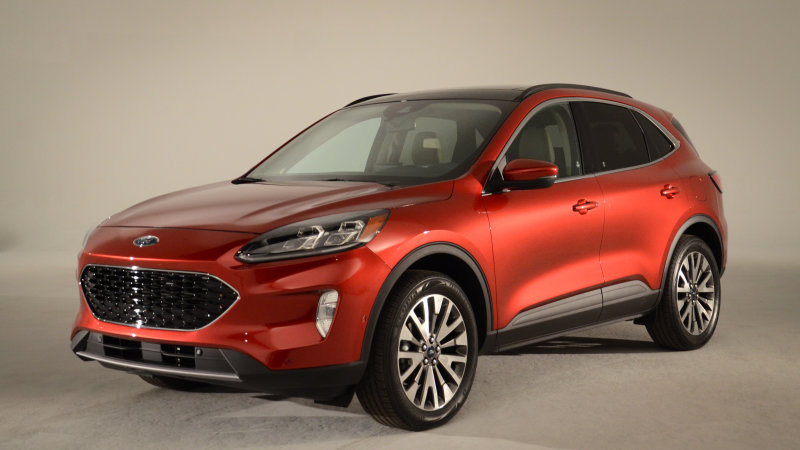 See Full Image Gallery >>
The 2020 Ford Escape is arguably Ford's most important product that isn't a truck. Compact crossovers continue to destroy in sales, and Ford needs a good one now that it's dropping sedans and small cars from its U.S. lineup. We got to see the new Escape last week, and now we're able to tell you what we learned, as Ford shows the vehicle to a worldwide audience today.

Ford left no stone unturned in redesigning the new Escape. It rides on the company's new global platform that debuted on the redesigned Euro 2019 Ford Focus (one of those cars we'll no longer get). This will be the first vehicle sold stateside using the new underpinnings. It sheds more than 200 pounds of weight, and Ford is coming out swinging, with four flavors of Escape. Those include a base 1.5-liter turbocharged three-cylinder, a 2.0-liter turbocharged four-cylinder, a hybrid model, and most intriguing, an Escape plug-in hybrid. We asked about the possibility of an ST variant down the line, but mum is the word for now. We'd still bet an irresponsible amount of money that an ST will eventually join the Edge ST and Explorer ST models.

The big news for today though, is that Ford is bringing back electrification to the Escape after having it in the nameplate's first generation but dropping it on the previous generation. Both the Escape Hybrid and Plug-In Hybrid are paired with a refreshed 2.5-liter four-cylinder engine that runs on the Atkinson cycle. Ford doesn't have any official EPA numbers on the electric range of the Escape Plug-In, but the "target" is officially 30-plus miles.

The PHEV uses a 14.4 kWh battery pack that tucks under the rear seats. The floor is a tad higher on Hybrid and Plug-In Hybrid models, but Ford was able to package it neatly so that you don't end up losing much usable space. The Hybrid powertrain produces 198 horsepower and 153 pound-feet of torque, while the Plug-In Hybrid ramps that up to a system-combined 209 horsepower with the same 153 pound-feet. Ford says the battery will reach a full charge on a Level 2 charger in about 3.5 hours. One feature you won't be able to opt for on the Plug-In is all-wheel drive, which is available on the regular Hybrid and every other version of Escape.

Unlike some plug-ins that force you to use the EV power immediately, Ford has four modes you can select from. "Auto EV" lets the car decide. "EV Now" forces the powertrain to exclusively use electric power. "EV Later" switches it to full gas power motoring, and then "EV Charge" allows you to charge the battery while driving. Ford wouldn't give us any answers for how this affects efficiency or how many electric miles you can actually build up, as the results vary too widely depending on the type of driving. 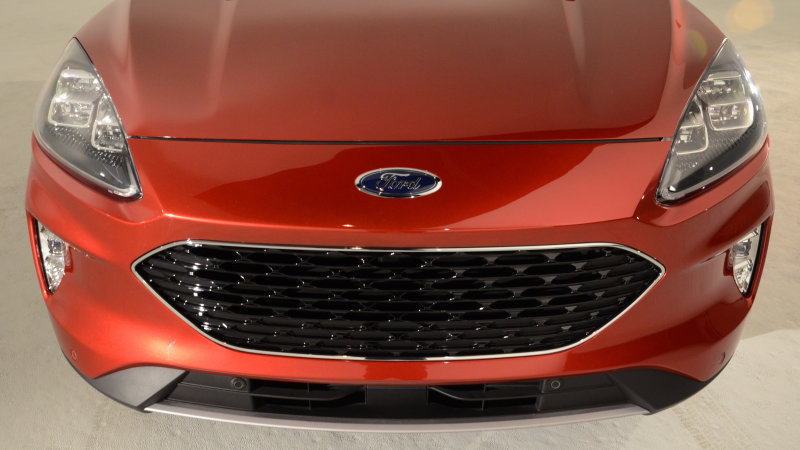 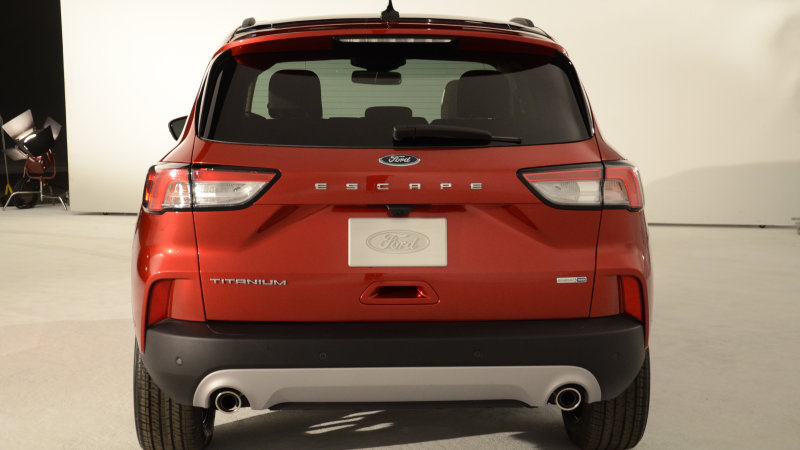 Ford updated both of its gas-only EcoBoost engine options for the Escape, too. The three-cylinder features cylinder deactivation, funnily enough, which allows the engine to shut down one of the cylinders when it isn't necessary. Ford claims a 6 percent boost in efficiency from this technology. If you want a quicker Escape, then the 2.0-liter turbo is the answer. This engine makes more power than the 2019 model does, rated at 250 horsepower and 275 pound-feet of torque when run on premium fuel for 2020. Both engines are mated to an eight-speed automatic transmission, which Ford says is similar to the one found in the Edge. EPA fuel economy figures aren't yet available. Towing is rated for a maximum of 3,500 pounds for the 2.0-liter EcoBoost, 2,000 pounds with the 1.5-liter and 1,500 pounds for both hybridized versions.

The new Escape is taking on entirely new styling for 2020. It's lower, wider and longer — these elements contribute to what Ford says is a much more dynamic driving experience. We imagine the funky grille will be a point of contention, but the rest of the crossover is pretty slick and curvy. When the active shutters are in their closed position it looks a lot like an EV from the front, since it's so smooth and simple. Ford was grasping for straws with this next comparison: "The lower front end borrows from Ford GT." We asked where? And apparently, the silver bar running along the lowest point is meant to look like the same piece on the GT. Not really, but nice try.

Hybrid and Plug-In Hybrid models don't do a whole lot to differentiate themselves except for badging and wheels. They don't scream "Green!" in any discernible way, and that's probably for the best. If you've seen the interior of a Euro-spec 2019 Focus, then you've seen the interior design on the 2020 Escape. It looks about a million times better than the current Escape, but we still wouldn't call it luxurious. Visibility is enhanced with a lower beltline, and Ford did a lot to increase space. The marquee feature is a sliding and reclining second row that lets you choose between max legroom or max cargo room. This sliding second row is fully functional (moves fore and aft 6 inches total) in every engine configuration, even with the batteries sitting underneath. We sat in the backseat, and there truly is an impressive amount of space back there for folks when the bench is pushed all the way back.

A bunch of interior storage compartments were freed up by moving to the rotary gear shifter. Near it is a new mode selector button that allows you to toggle between normal, eco, sport, slippery, and snow/sand configurations, just like the new Explorer. It also borrows the 12.3-inch digital instrument cluster from the Explorer that will be available optionally. A re-skinned Sync 3 infotainment system will play on the 8-inch infotainment screen for SE models and up, so it will have Apple CarPlay and Android Auto. Ford also plans to offer its first HUD in the Escape on the Titanium trim.

The Ford Co-Pilot 360 suite of safety features is made standard for every trim level. This includes some features like automatic emergency braking and lane-keeping assist, but leaves out adaptive cruise control and actual lane-centering. Those are available as extra-cost options. 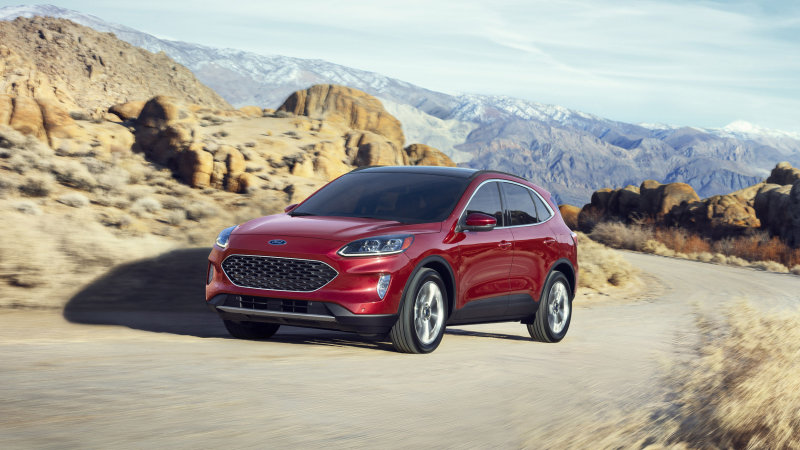