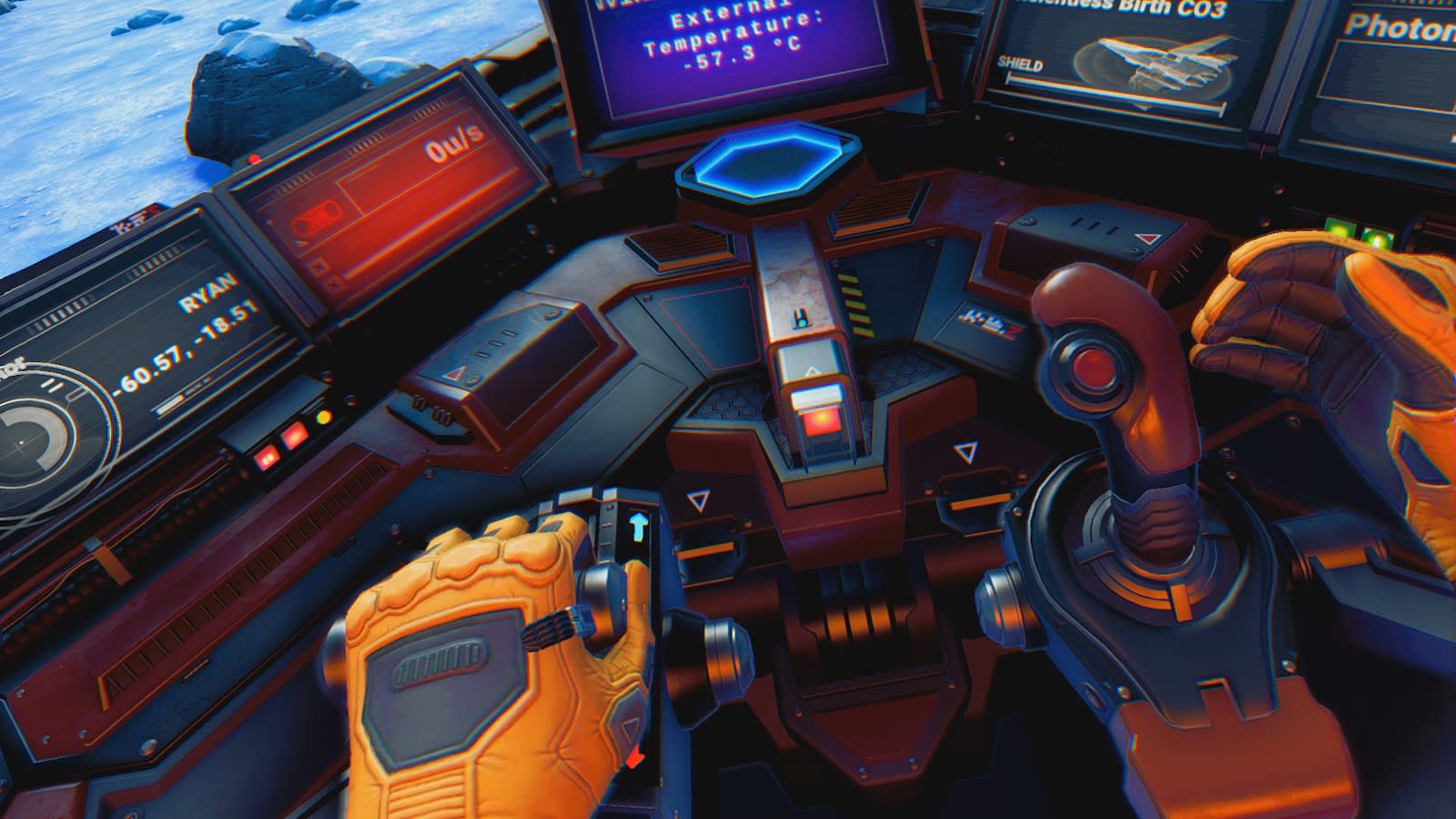 There's been at least one moment in the past year when Sean Murray, the creator of No Man's Sky, has been seated around an awards-ceremony table with the people behind Fortnite, Rainbow Six Siege or Warframe, and they've all shared a moment of incredulity.

"We're like, 'Yeah, so, two years ago was pretty rough, right?'" Murray said, laughing. "And everyone's in the same boat."

All of these games, No Man's Sky included, were not particularly well received at launch. However, each team kept the updates rolling in, and they eventually found themselves on awards lists the world over. Fortnite added battle royale and transformed into a multibillion-dollar franchise; Rainbow Six Siege embraced esports and DLC and garnered 40 million registered players; Warframe chased an aggressive content-release schedule and listened to its core audience, and it's now one of Digital Extremes' most successful games. 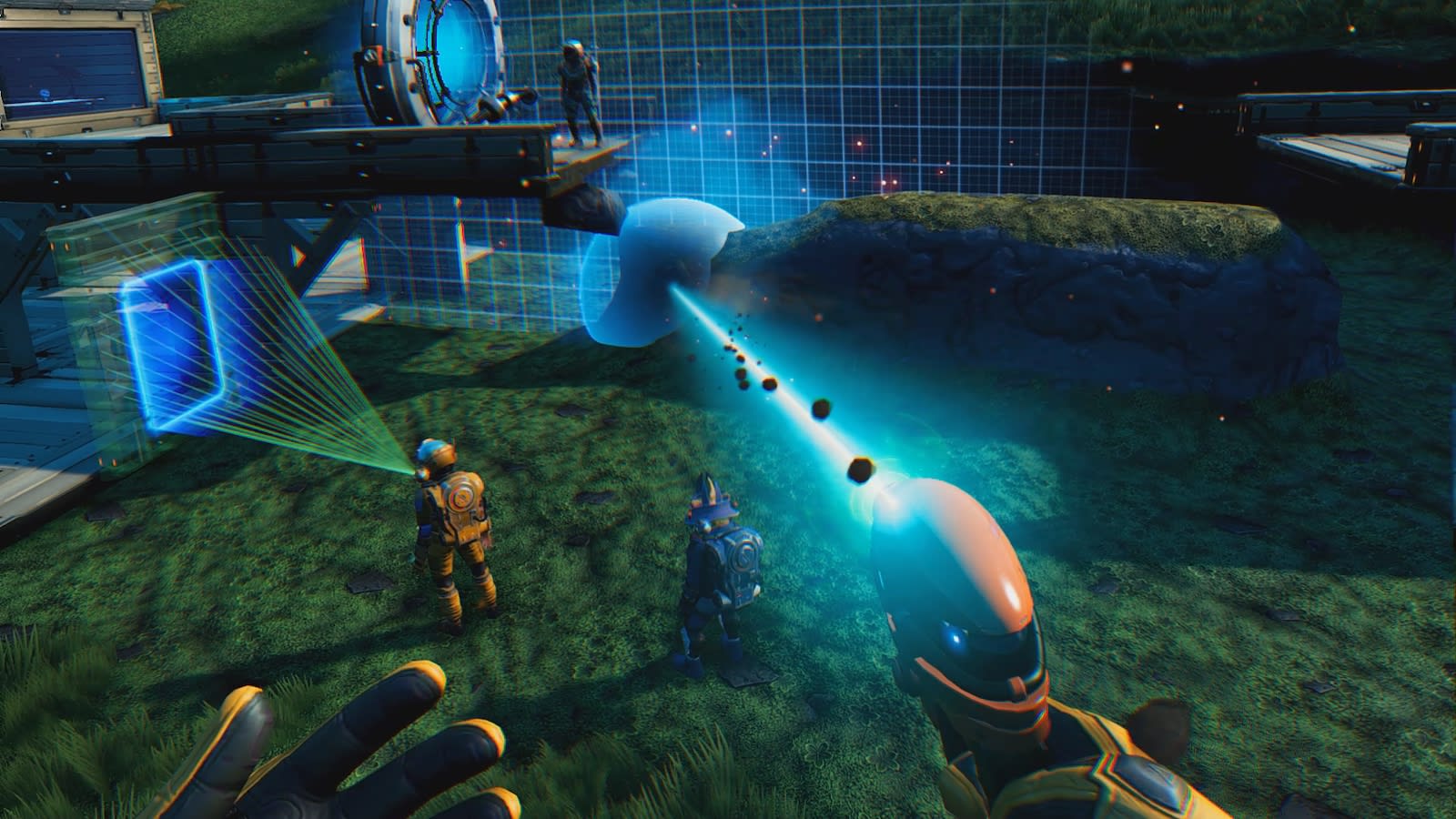 No Man's Sky rolled out a steady stream of updates to deliver the features that fans really wanted (and expected from day one), and climbed its way up from "cautionary indie tale" to "Best Ongoing Game award nominee" in just two years. Today, it's a universe-sized astronaut simulator packed with quintillions of planets, absurd creatures on land and sea, plus crafting, mining, building, flying and oodles of exploration. This summer, the gigantic No Man's Sky Beyond update goes live, bringing three major features to the game, two of which are public knowledge: MMO-style mechanics and, announced just last week, VR support.

Hello Games is bringing No Man's Sky to every headset on the market via Steam VR and PlayStation 4 for PSVR (with an exclusive physical edition as well as a digital offering). No Man's Sky VR isn't a separate mode; instead, it incorporates virtual-reality players into the existing game. VR players can join games with non-VR friends, and they'll receive all future updates. Same game, new input method.

"It feels very comfortable to me in terms of a fit for No Man's Sky," Murray said. "If I'm honest, we're supporting VR because we want to. Genuinely, I think it's creatively led more than necessarily commercially or anything like that. It just feels like a good fit."

After spending 15 minutes with the game in full VR glory, I can't help agreeing with Murray. No Man's Sky makes sense in VR, putting you directly in the spacesuit -- jetpack, multi-tool, inventory and all. The multi-tool, which mines minerals, blows holes in the terrain and builds towering structures out of nearby organic matter, lives in your right hand, while inventory can be pulled up as a hologram on your left arm, streamlining the crafting process.

Walking involves a teleportation system that serves its purpose just fine, though there are a handful of other ways to navigate new planets and the surrounding interstellar sea. First, there's the jetpack, which is loads of fun yet slightly disorienting in VR, with the most potential to cause headset-related nausea. However, No Man's Sky VR also has vehicles, swimming and -- this is the big one -- spaceships. 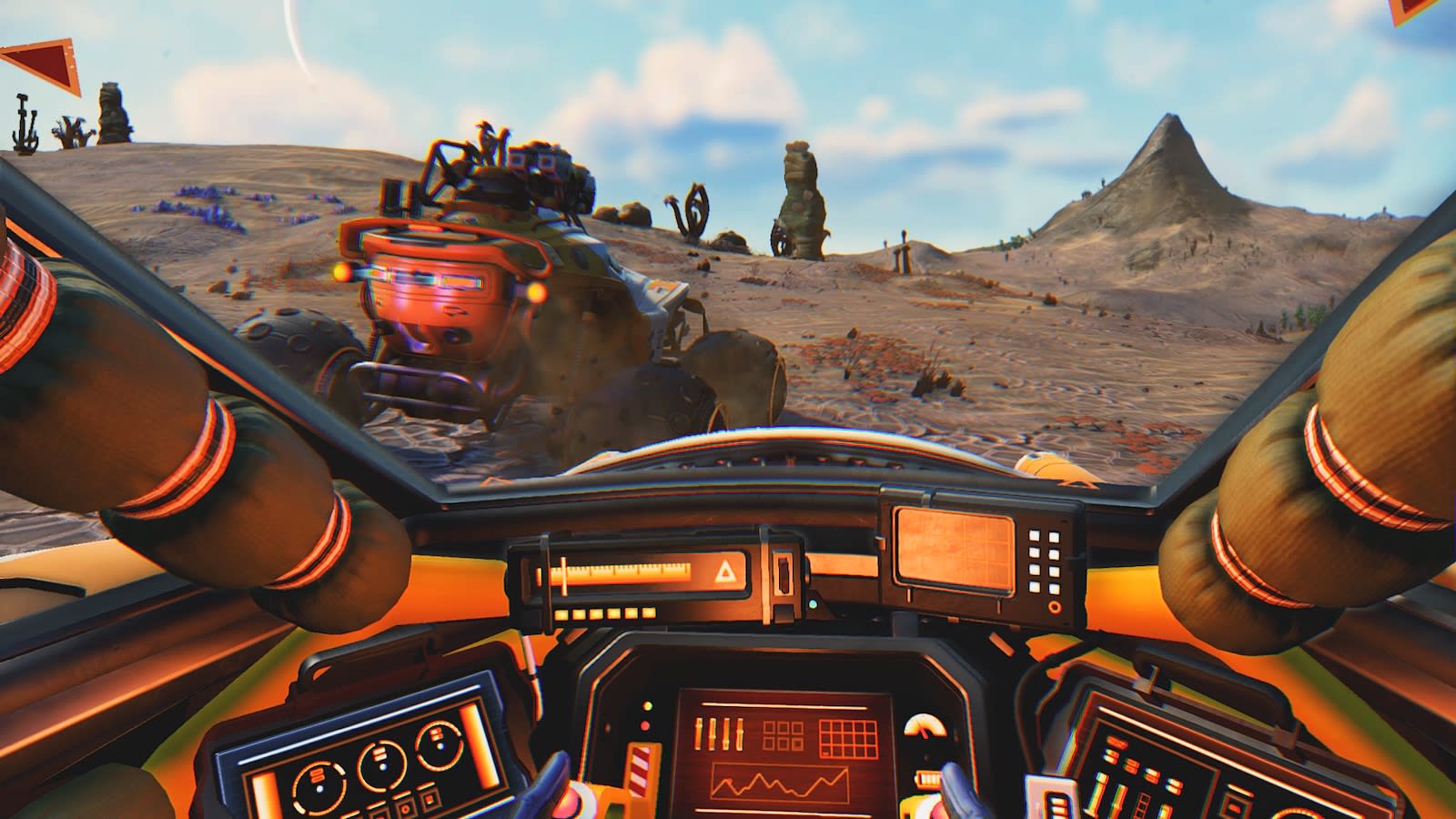 It takes two hands to steer the ship, pressing and pulling the throttle with your left hand and using a joystick to direct with your right, and the entire process is visceral in a way that only VR can provide. Flying a ship in VR -- racing over mysterious planets and up, out of the atmosphere in a tunnel of light and space dust -- is an absolutely fantastic feeling. Then, the hyperdrive clicks off and the galaxies finally come into focus. Asteroids loom like mountainsides, and flying between them is smooth, thrilling and profoundly peaceful. Planets sit, suspended in the ink of space, impossibly large. Everything is frightening and gorgeous in equal measure, shining a light on the incomprehensible size of the universe, the planets, the space rocks, the ship, yourself.

This sense of scale and immersion simply can't translate on a 2D screen.

Murray has had a long time to think about interstellar scale. His parents traveled a lot when he was young, and at one point they ended up running a million-and-a-quarter acre ranch in the Australian outback. At night, Murray would stare at the dense blanket of stars and dream about their depths; by day, he would play Elite, devour everything sci-fi and program his own games. No Man's Sky VR is the unique result of decades of stargazing and coding.

"If 5-year-old me could see that you're putting on a headset and being in this world, he would be very excited about that," Murray said. 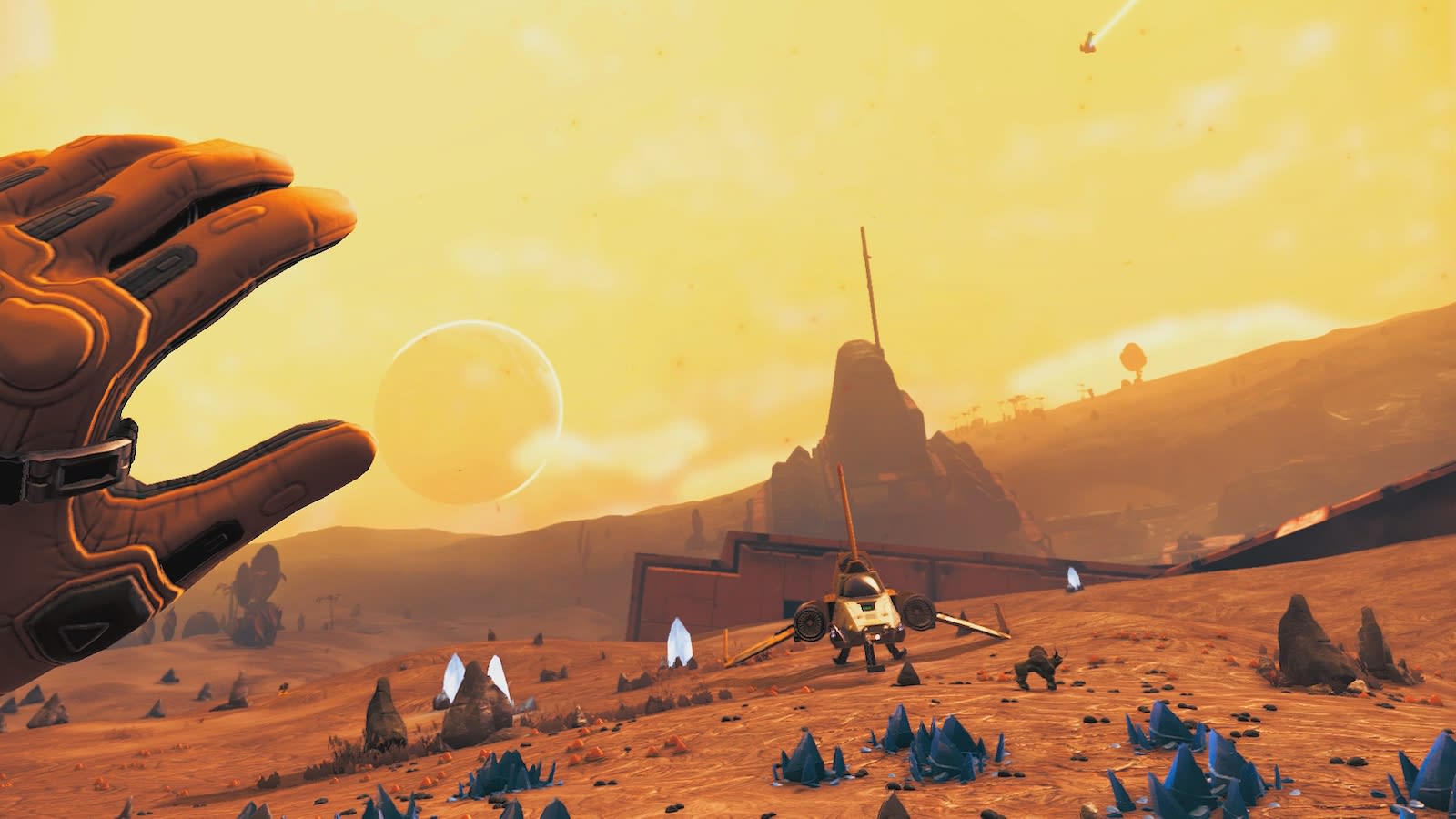 Back at the awards-ceremony tables, surrounded by a cabal of developers who successfully staved off extinction, the No Man's Sky team stands out because it is small and independent. Hundreds of developers and millions of dollars put together Fortnite, Rainbow Six Siege and Warframe, each, while the average number of people at Hello Games, working on No Man's Sky, was six.

This tiny team propelled Murray to continue improving No Man's Sky after a launch so disastrous it culminated in a failed lawsuit accusing Hello Games of false advertising. At the same time, developers could see something the Twitter mobs couldn't -- hundreds of thousands of people were playing No Man's Sky. And, the average play time was an impressive 25 hours (nowadays, it's 45 hours).

No Man's Sky wasn't a failure by any means, but public perception was sour. Only the developers at Hello Games (and at least one prophetic games journalist) could see its true success and potential.

"They are super talented and I didn't want to just move on and let that be their legacy," Murray said. "It's really nice for them to be able to say to people, 'I worked on No Man's Sky,' and people to be really happy and positive about it now. That is something that they deserved." 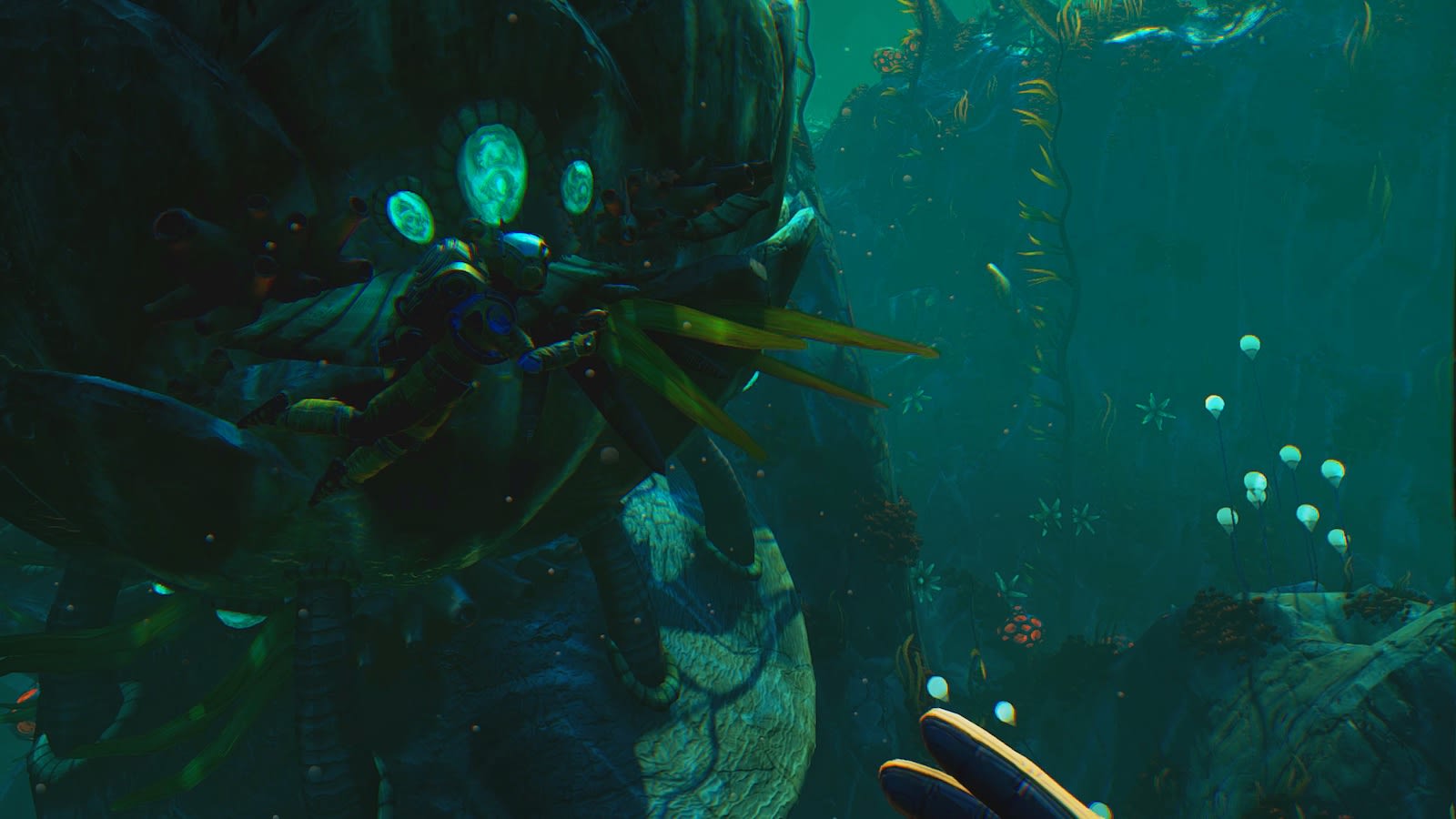 By the time No Man's Sky launched in 2016, it had become a tentpole game for Sony as it attempted to woo players to the PlayStation 4. Hello Games benefited from a massive marketing push, coordinated by Sony, that set expectations extremely high and ultimately contributed to the game's unfavorable reception. Many of the features highlighted in these ads -- such as live, random encounters -- would need more time to be properly implemented. That's what Hello Games has been working on ever since, and it's what No Man's Sky Beyond is all about.

"It's become so much simpler two years out from launch," Murray said. "At launch, we were so focused on trying to please the partners that we were working with, trying to market our game, trying to live up to expectations that we were really struggling to meet."

"It's become so much simpler two years out from launch."

"There's this cool moment that we were experiencing of two or three of you being on a planet and feeling really tiny in amongst everything," Murray said. "There's a nice camaraderie there of, oh, it's just us and we're flying our ships beside each other or whatever. So you're looking out the window and it's really nice to see your buddy there and realize how small you are and have that experience together. It's a really nice moment."

All products recommended by Engadget are selected by our editorial team, independent of our parent company. Some of our stories include affiliate links. If you buy something through one of these links, we may earn an affiliate commission. All prices are correct at the time of publishing.
View All Comments
'No Man's Sky VR' is the purest way to explore the universe