Amazon's HD Fire tablets are back at all-time lows 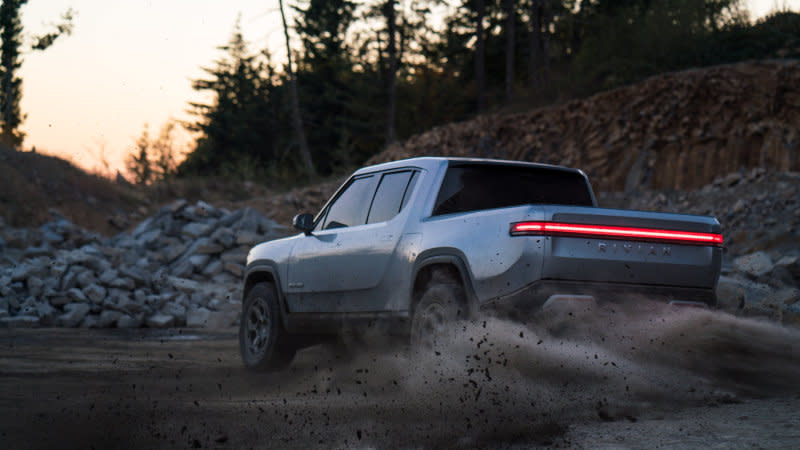 GM will not follow Amazon's lead and take an equity stake in fledgling electric vehicle company Rivian after talks reached an impasse. So says Bloomberg, citing unnamed sources who are familiar with the matter and say the negotiations may be dead.

GM was widely believed to be right in line with Amazon, which in February made a $700 million investment in Rivian. But the talks reportedly trickled off in the past couple weeks, leaving GM on its own to develop an electric pickup truck if it doesn't find a way to rekindle the discussions. GM reportedly was interested in gaining access to Rivian's electric truck platform in order to speed development of its own battery-powered truck, while Rivian would have benefited from GM's manufacturing know-how and purchasing clout.

The latest development reportedly isn't fazing Rivian, which says it has solid backing from private investors. The company is planning to introduce the R1T pickup late next year, is eager to sell its skateboard-style platform to others to expand its capital base, and unsurprisingly says it has fielded interest from several other interested companies. So the speculation will naturally turn to which automakers other than GM might be interested in investing in Rivian to gain access to its technology.

Rivian's platform is flexible enough to serve as the battery pack and electric drive system for a variety of full-size pickups and SUVs, and we know the company has been testing it around the Detroit area disguised by the body of a Ford F-150, so Ford could be one possibility since we also know it has designs on electrifying its trucks. So could Volkswagen, another automaker with global scale and financial resources that has been talking with Ford about developing pickup trucks, among other things. Ram might even make sense, though the company hasn't said much about electrifying the 1500 beyond its eTorque 48-volt boost system. Really, you could go down the line of automakers who are players in the red-hot truck segment, or for that matter, any company that wants in on the market but needs a boost.