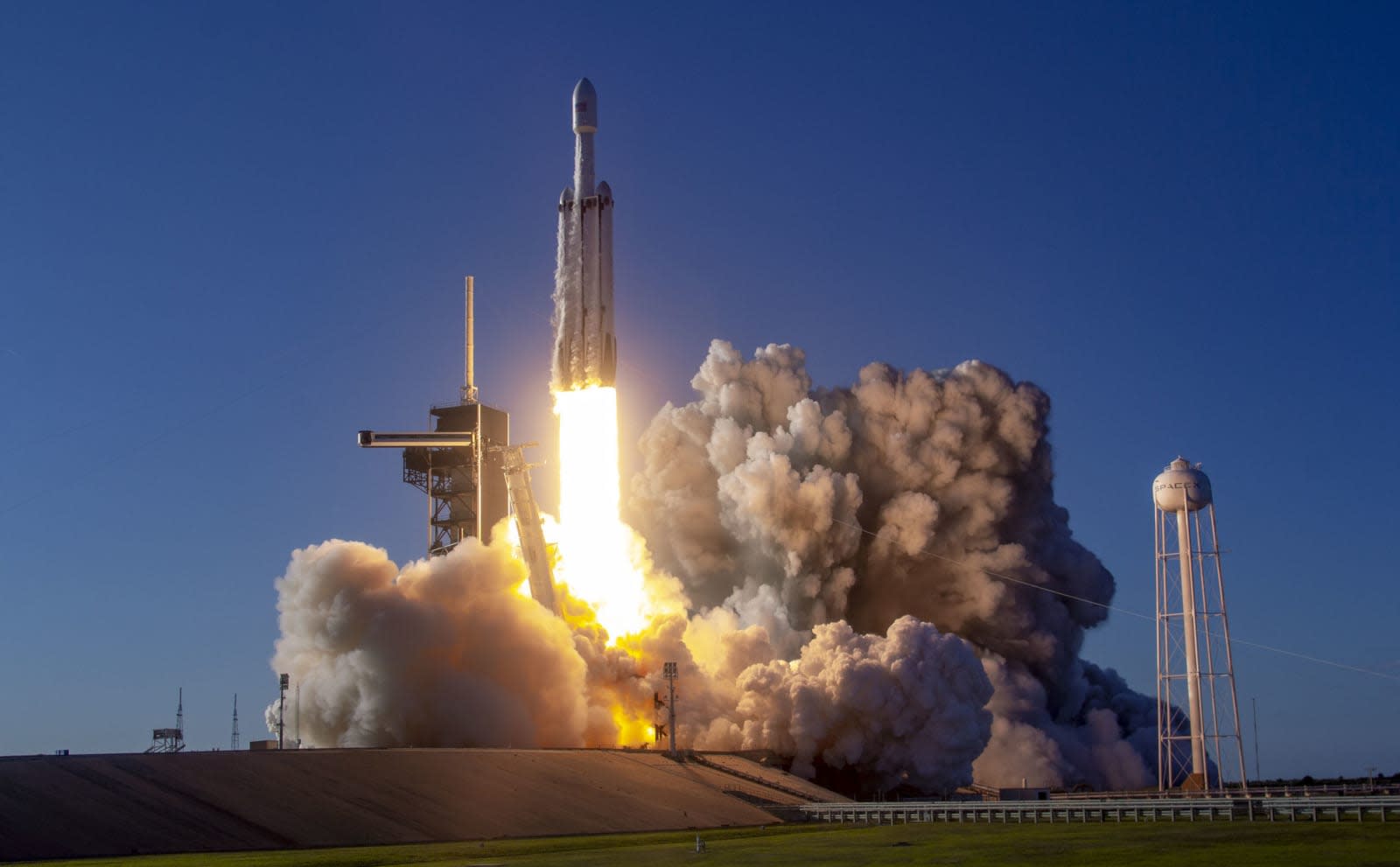 SpaceX successfully landed all three of Falcon Heavy's boosters after its most recent launch, but it won't be able to reuse one of them. The company lost the core booster that landed on its drone ship "Of Course I Still Love You" to rough seas as it was making its way back to Port Canaveral. It was the heavy-lift rocket's second launch and the first time SpaceX was able to stick all three boosters' landing -- the one that was supposed to land on the barge after the first flight dropped straight into the ocean.

SpaceX told The Verge in a statement:

"Over the weekend, due to rough sea conditions, SpaceX's recovery team was unable to secure the center core booster for its return trip to Port Canaveral. As conditions worsened with eight to ten foot swells, the booster began to shift and ultimately was unable to remain upright. While we had hoped to bring the booster back intact, the safety of our team always takes precedence. We do not expect future missions to be impacted."

While the company can no longer retrieve the lost core, it plans to use the two outer boosters that touched down on land for the Falcon Heavy's next mission this summer. The rocket's boosters are modified Falcon 9 cores, which the company previously proved can touch down on drone ships. If it wants to recover all three in the future, though, it will have to refine the center booster's design to be able to return to a barge and secure itself enough to make it across choppy waters.

In this article: booster, falcon heavy, landing, space, spacex, tomorrow
All products recommended by Engadget are selected by our editorial team, independent of our parent company. Some of our stories include affiliate links. If you buy something through one of these links, we may earn an affiliate commission.