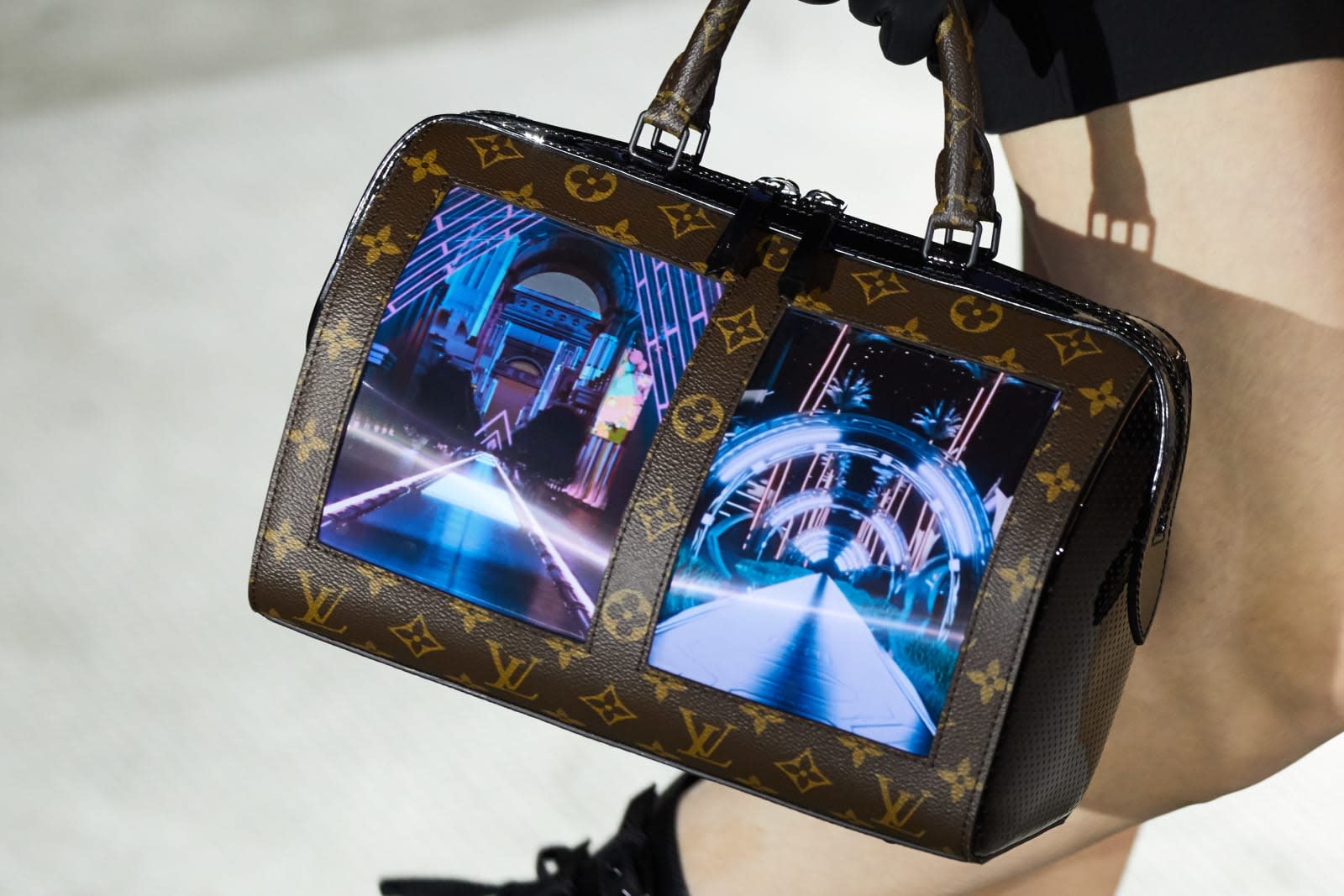 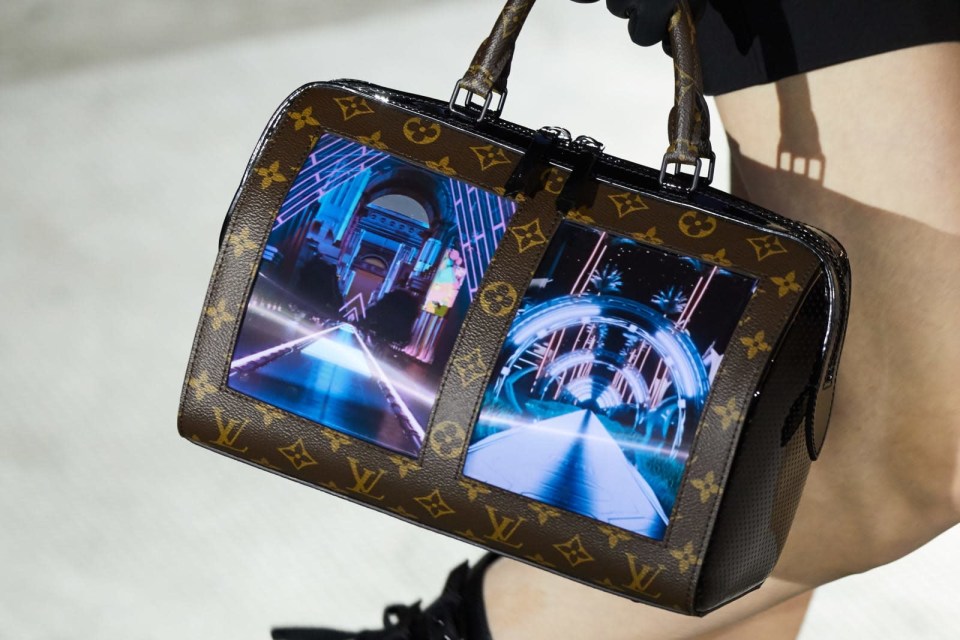 With flexible screens being all the rage nowadays, more and more companies are building products touting the technology. But there's an unexpected one joining the craze: Louis Vuitton. The luxury brand has introduced a set of handbags that feature built-in flexible displays, which Louis Vuitton tells Engadget are AMOLED and have a 1,920 x 1,440 resolution. There were two prototype handbags shown off during LV's Cruise 2020 runway show in New York City this week: One with a single screen and another with two, and both displayed videos of random city views and what appeared to be a demo of an internet browser.

Louis Vuitton says these are "the basis for reconsidering the digital Canvas of the Future," adding that it is "always in search of the fusion of savoir-faire and innovation." The company didn't say if it made the screens in-house or if they were outsourced, and there's no word on whether these high fashion-meets-emerging tech handbags will ever make it past their prototype stage. If they do, however, don't expect them to be cheap -- just remember that Louis Vuitton has wireless earbuds that cost nearly $1,000.

While they may not be for everyone, chances are someone out there is willing to pay whatever they may end up costing to have one. At least that's what LV is hoping. "The idea is to think of the handbag as an extension of the smartphone," a spokesperson for Louis Vuitton told Engadget.

In this article: av, design, entertainment, fashion, flexible display, flexible displays, flexible screen, flexible screens, gadgetry, gadgets, gear, handbag, handbags, high fashion, louis vuitton, luxury, lv, prototype, prototypes, wearables
All products recommended by Engadget are selected by our editorial team, independent of our parent company. Some of our stories include affiliate links. If you buy something through one of these links, we may earn an affiliate commission.