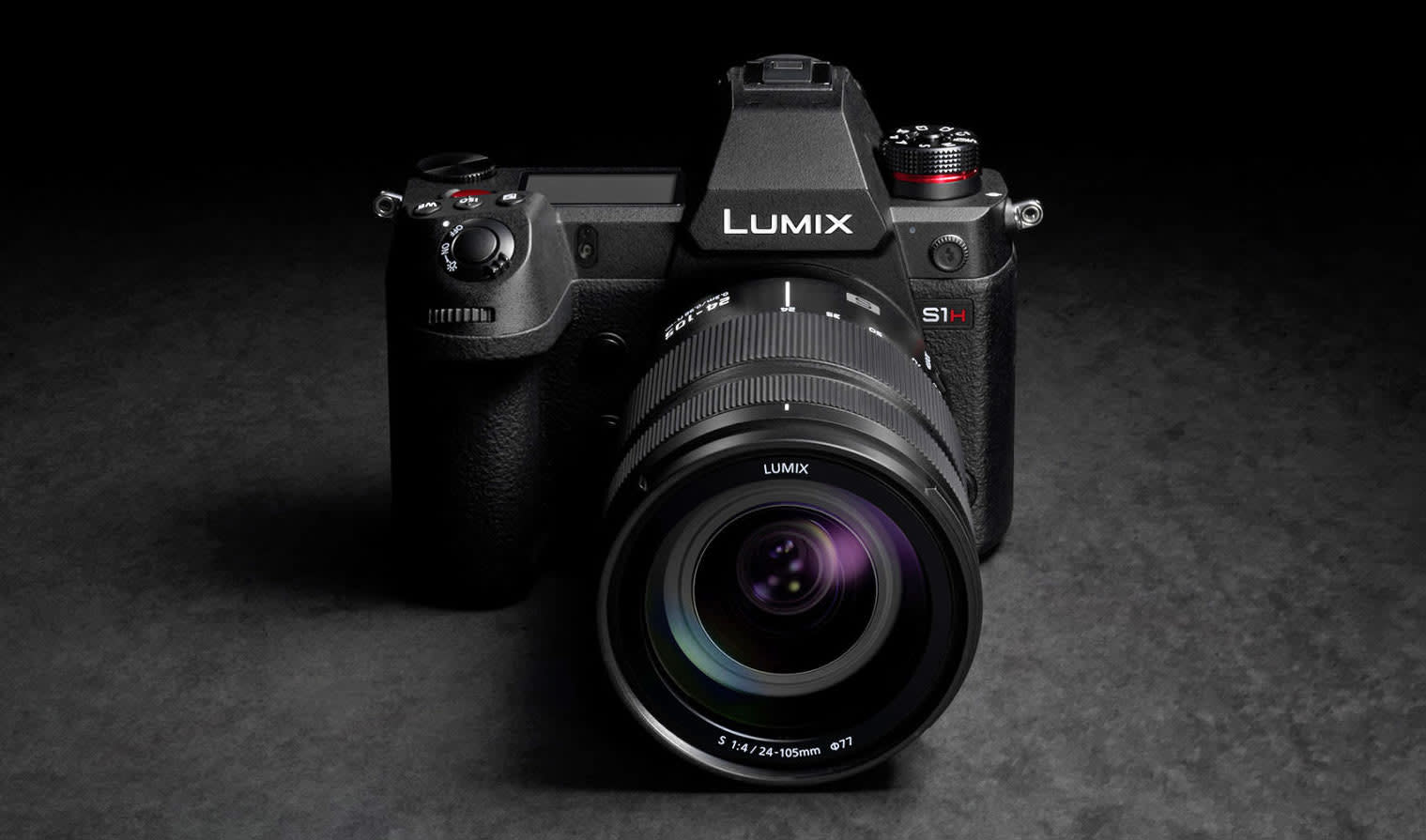 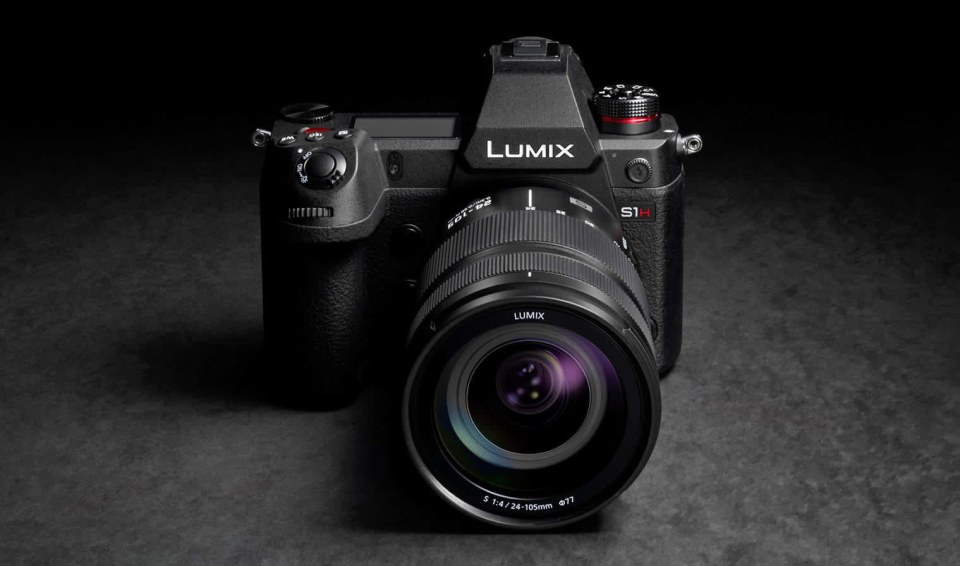 Panasonic has added a third full-frame mirrorless camera to its L-Mount lineup with the launch of the video-oriented Lumix S1H, revealed at Cine Gear Expo 2019. It packs many of the specs we were hoping for but didn't receive with the S1, like 6K video, 10-bit 4:2:2 internal recording and V-Log/V-Gamut with a Sony A7 III-beating 14+ stops of dynamic range.

There's no doubt that the S1H will be the most advanced full-frame mirrorless camera for video, well ahead of anything from Canon, Nikon and Sony. You'll be able to shoot 5.9K 16:9 video at up to 30 fps, giving you more options to punch in or crop for a final 4K release format. It can also shoot full 6K at a 3:2 aspect ratio, and will support cinema-oriented anamorphic lenses just like the GH5.

Panasonic notes that the S1H is the world's first full-frame mirrorless camera to handle 10-bit 4K DCI (4,096 x 2,160) video at up to 60 fps. However, that's a slightly dubious claim, as the camera will crop 60 fps 4K DCI video to a Super 35mm (roughly APS-C) equivalent size, while 30 fps video will use the entire sensor. Still, it looks like it is the largest effective sensor area on a mirrorless camera for 60fps 4K video, beating Panasonic's GH5 (4K 60fps at Micro Four Thirds) and Fujifilm's X-T3 (4K 60fps at APS-C with a 1.25x crop). It will, however, shoot 4K 30fps video using the full sensor area, just like the S1.

The S1H will pack V-Log/V-Gamut color modes out of the box, delivering 14+ stops of dynamic range, the same on Panasonic's $20,000+ Cinema Varicam. Panasonic notes that the color management is the same as on the GH5/GH5s and Varicam, so you'll be able to mix and match easily when shooting with all three cameras.

With the large sensor and 6K video, the S1H could get hot, so Panasonic designed it to dissipate heat better than the S1/S1R. As such, it offers unlimited recording lengths, making it a good option for event videography.

There's still a lot we don't know about the S1H, however. It's not clear whether it will pack a depth-from-defocus contrast-detect AF system like the S1 and S1R, or use a hybrid phase-detect system (the latter seems unlikely). Panasonic didn't say whether it will have in-body stabilization or other features available on the S1/S1R either, and didn't even reveal the sensor resolution. It did say that the camera would cost around $4,000, however and arrive sometime this fall. 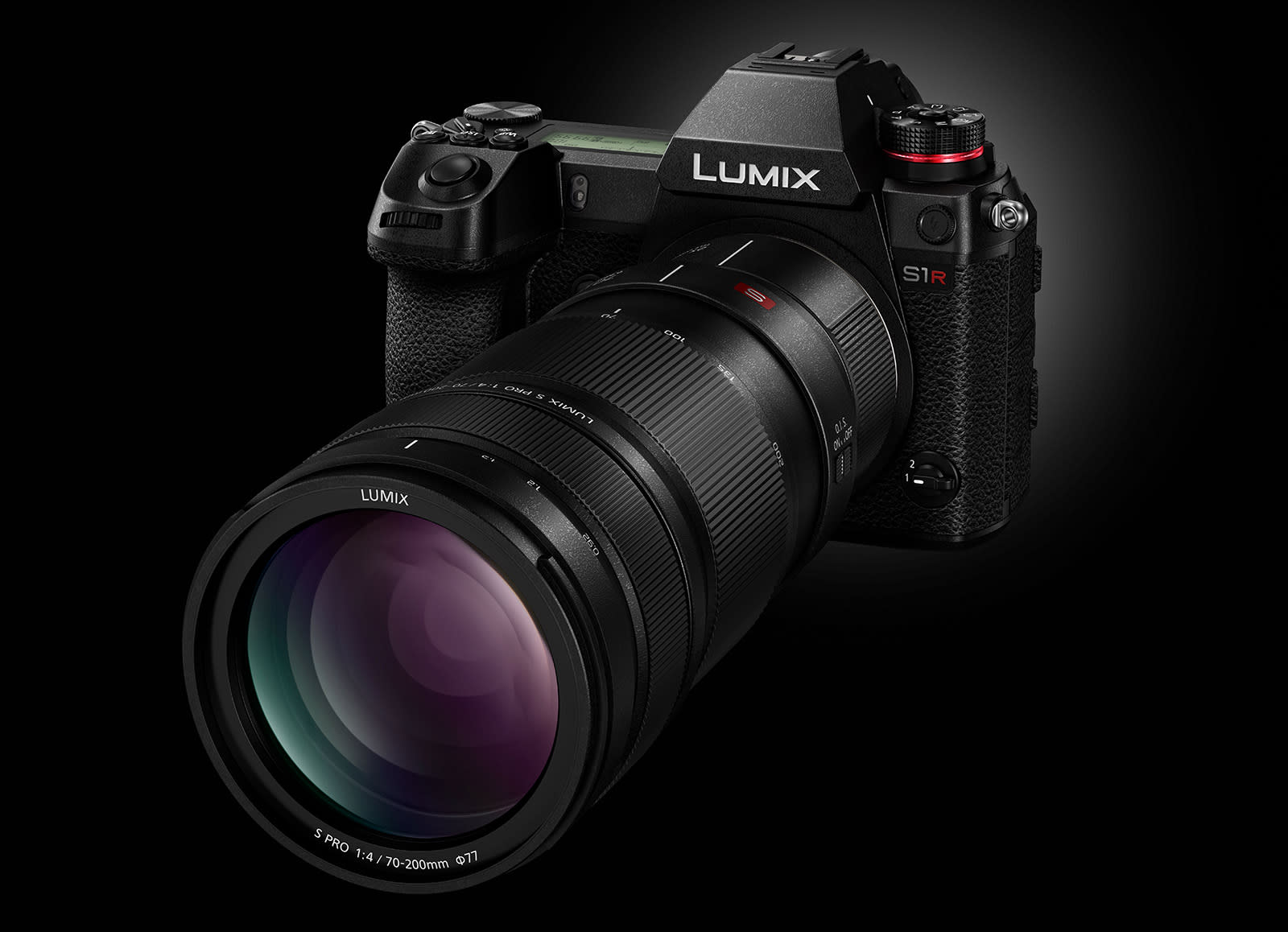 Panasonic also revealed more details about the paid software upgrade coming for the Lumix S1. The "Upgrade Firmware Key DMW-SFU2" for the camera will arrive in July, and transform it into a much more impressive video camera. Once installed, the S1 will support both internal and external 4:2:2 10-bit recording, with the latter at up to 60 fps. It'll also unlock V-Log/V-Gamut color modes with 14+ stops of resolution, much like the S1H, meaning the two cameras might share the same sensor.

You'll also get in-camera LUT application to make on-set monitoring more accurate, 96Hz audio with an optional XLR accessory, and a waveform brightness level display. It will arrive in July, but Panasonic still hasn't listed the price, which leads me to believe that it will be pretty high.

Given the limited selection of L-Mount lenses, Panasonic unveiled 1.4x DMW-STC14 and 2x DMW-STC20 teleconverters. They'll make the current Lumix S Pro 70-200mm F4 O.I.S. and upcoming 70-200mm f/2.8 models a bit more useful by up to doubling the focal length, transforming them into super telephoto lenses, at the cost of some speed. They'll arrive sometime in fall 2019 with the prices still to be determined. 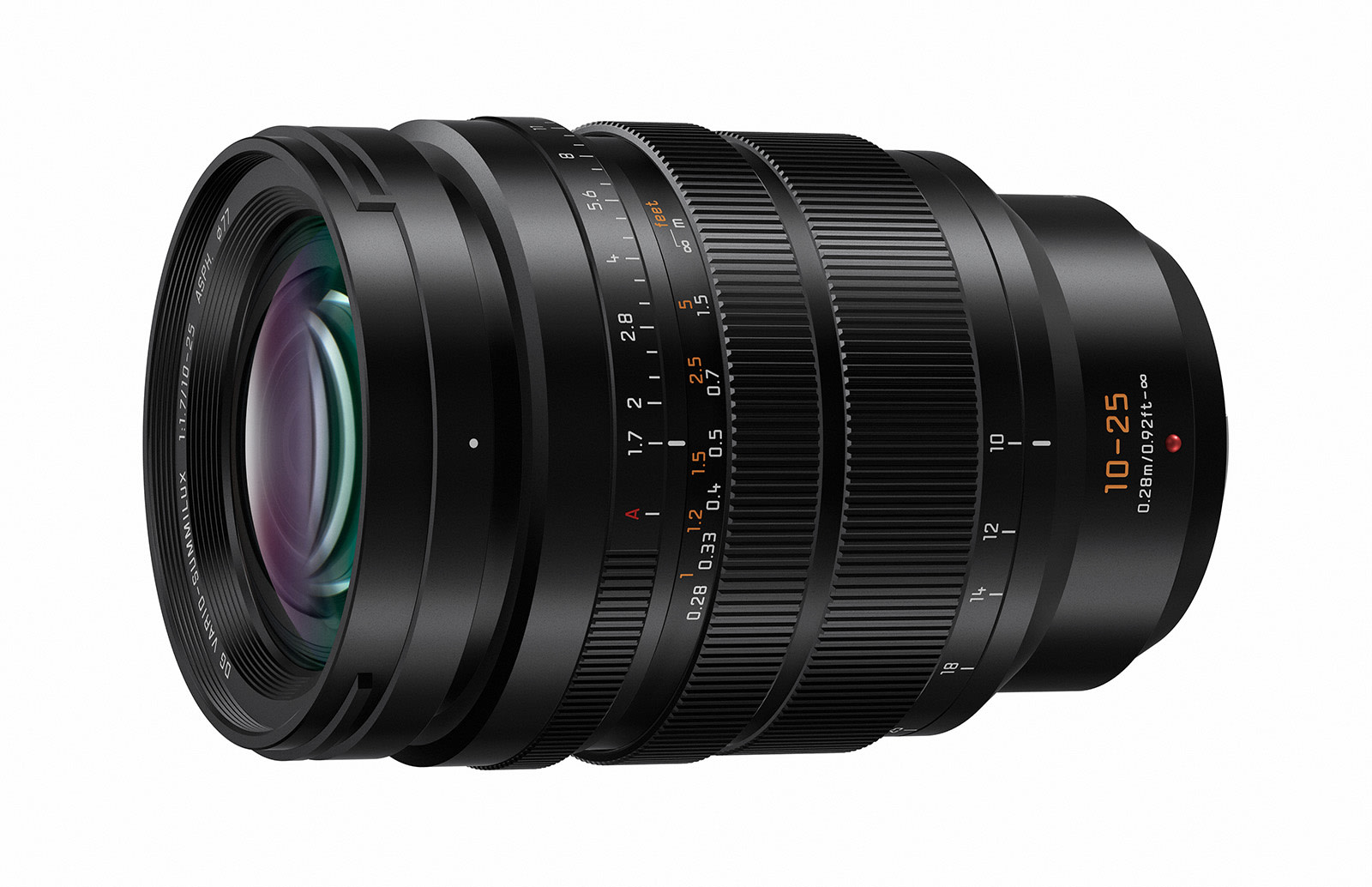 Finally, showing it's still committed its smaller sensor lineup, Panasonic unveiled an impressive new lens for its GH5 and other Micro Four Thirds cameras, the Leica DG VARIO-Summilux 10-25mm f/1.7 ASPH. On top of the fast aperture, which will allow for shallow depth of field and great bokeh, it has some features specifically designed for video shooters. That includes a silent zoom mechanism, stepless aperture and a "mechanism that suppresses focus breathing," meaning that it won't zoom in and out when you adjust focus -- just like a real cinema lens. Panasonic didn't reveal the price for this product either (c'mon!), but given the specs, expect it to be well north of $1,000.

In this article: cameras, gear, Lumix, Mirrorless, Panasonic, S1, S1R
All products recommended by Engadget are selected by our editorial team, independent of our parent company. Some of our stories include affiliate links. If you buy something through one of these links, we may earn an affiliate commission.