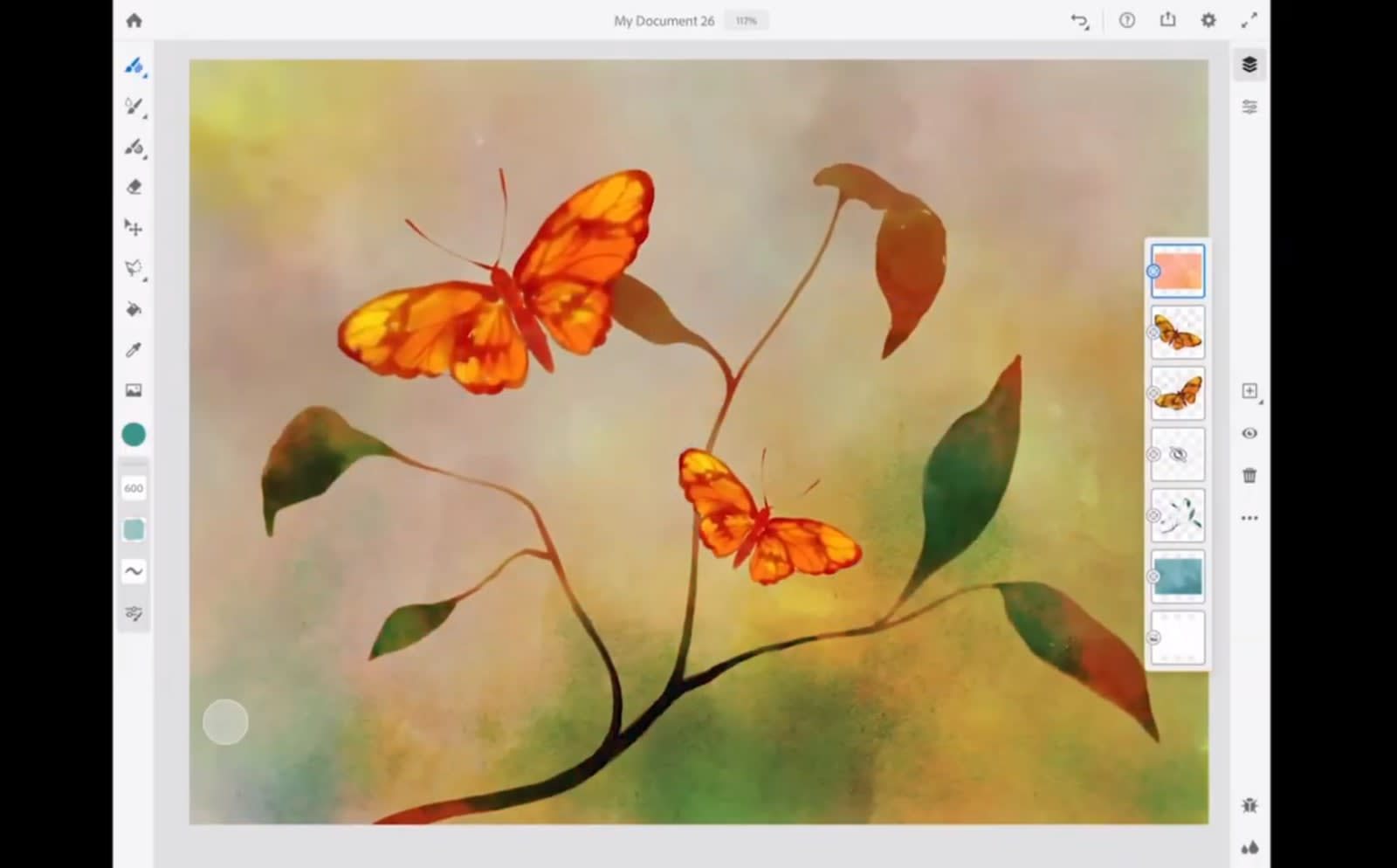 Adobe's forthcoming iPad art app -- Project Gemini -- is being rebranded as Adobe Fresco, a nod to the centuries-old Italian painting technique. The company revealed that the latest addition to Creative Cloud Suite is currently available for private beta testing, with a full launch later this year. Aimed at professional artists, the app is intended to give them access to a wide range of tools outside their desktop. Fresco will combine raster, vector and dynamic brushes in a single app, and allow artists to sync their brushes in Photoshop CC.

"Adobe scientists have studied the chemistry of common real-world pigments like cobalt and ochre. They've looked at the physics of how watercolors are absorbed into thick, cotton-based paper. And they've examined the ways that a thick slash of oil paint dries to add dimension to a painting," wrote Scott Belsky, Creative Cloud executive vice president in a blog post. To that end, Adobe Fresco will include a new feature called Live Brushes which mimic how real watercolor and oil paints behave on a canvas. Depending on the tools used, colors can bleed into each other or be applied in clean, crisp, vivid strokes. In addition to accessing brushes from Photoshop, artists will have access to thousands of brushes created by digital brush maker Kyle Webster.

Fresco is expected to be Adobe's answer to Procreate and other rival iPad apps. Files automatically save on Creative Cloud, giving artists an alternative to iOS's file management system or Dropbox. Being cloud-based further expands the Fresco's capacity and allows artists to create on-the-go. In an interview with The Verge, Belsky said he thought the "era of the file" was over as more customers shift to cloud-based platforms. You can watch a preview of Adobe Fresco below.

In this article: adobe creative cloud, adobe creative suite, adobe fresco, art, design, entertainment, photoshop, PhotoshopCC, procreate, project gemini
All products recommended by Engadget are selected by our editorial team, independent of our parent company. Some of our stories include affiliate links. If you buy something through one of these links, we may earn an affiliate commission.