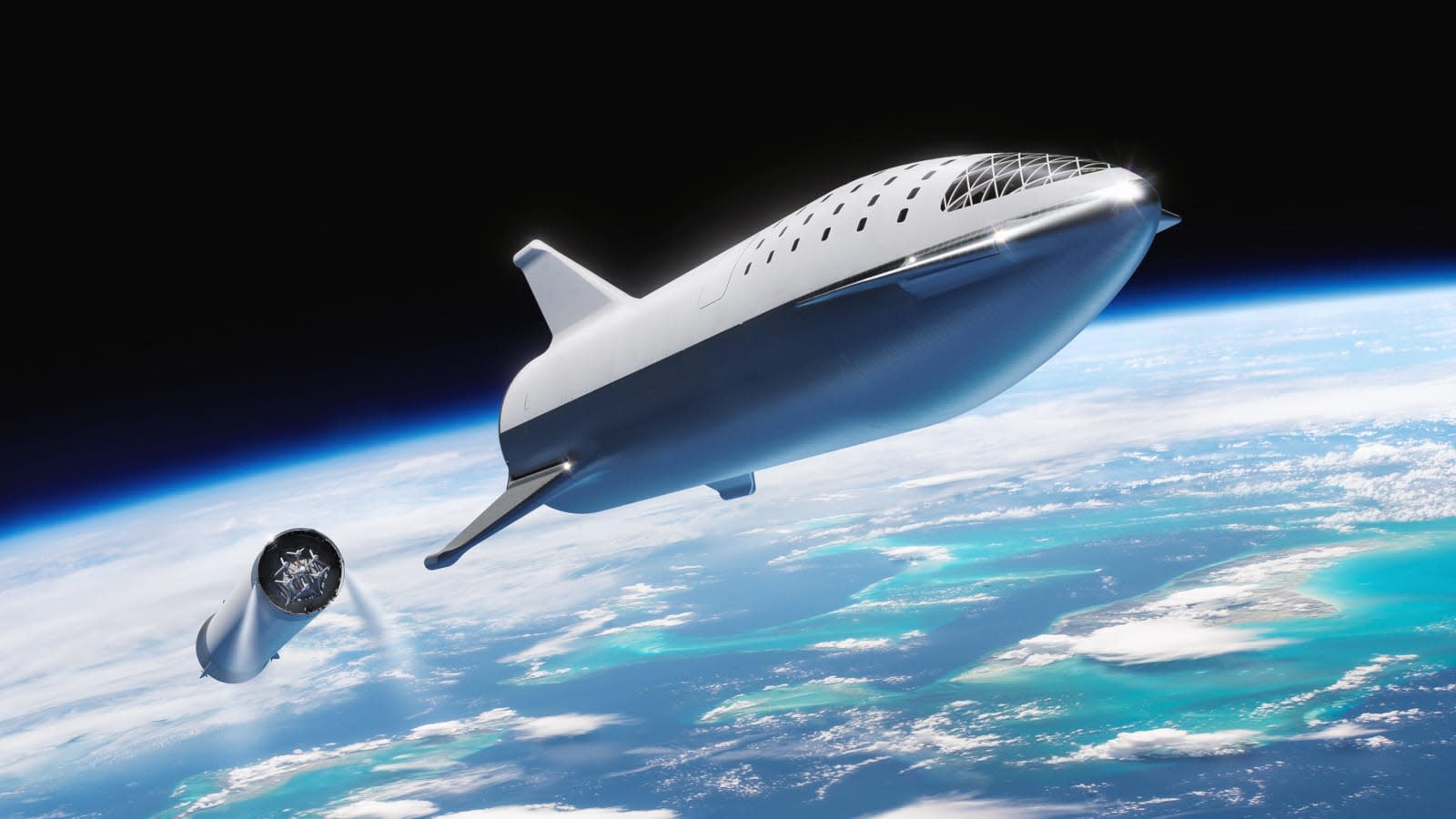 While we haven't seen the Starship fly yet -- SpaceX just got done with its test firings and short "hops" back in April -- we might not have to wait that long for its first commercial flight. According to SpaceX VP of commercial sales Jonathan Hofeller, the company is hoping to send it to space for its first commercial mission in 2021. He revealed at an event in Indonesia that SpaceX is already in discussions with three different customers for that flight, all telecom companies likely looking to send satellites to orbit.

SpaceX introduced the launch system as the Big Falcon Rocket or BFR until its upper stage was renamed to Starship and its rocket booster to Super Heavy. Two competing builds are currently undergoing development in Texas and in Florida, and it's possible that the final spacecraft will combine the best solutions the two teams can come up with.

Although there might be differences between the two builds, both groups are designing a vehicle that can carry 20 metric tons to geostationary orbit and over 100 metric tons to Low Earth Orbit. SpaceX ultimately plans to use the SpaceX-Super Heavy combo to bring payloads to the moon and Mars, though it's also looking to offer quick point-to-point trips on Earth aboard the vehicle.

Before any of that can happen, SpaceX has to put the launch system through more rigorous testing. Hofeller said it's doing more hop tests in the coming months and that the company's goal is "to get orbital as quickly as possible, potentially even this year, with the full stack operational by the end of next year and then customers in early 2021."

In this article: space, spacex, starship, Super Heavy, tomorrow
All products recommended by Engadget are selected by our editorial team, independent of our parent company. Some of our stories include affiliate links. If you buy something through one of these links, we may earn an affiliate commission.