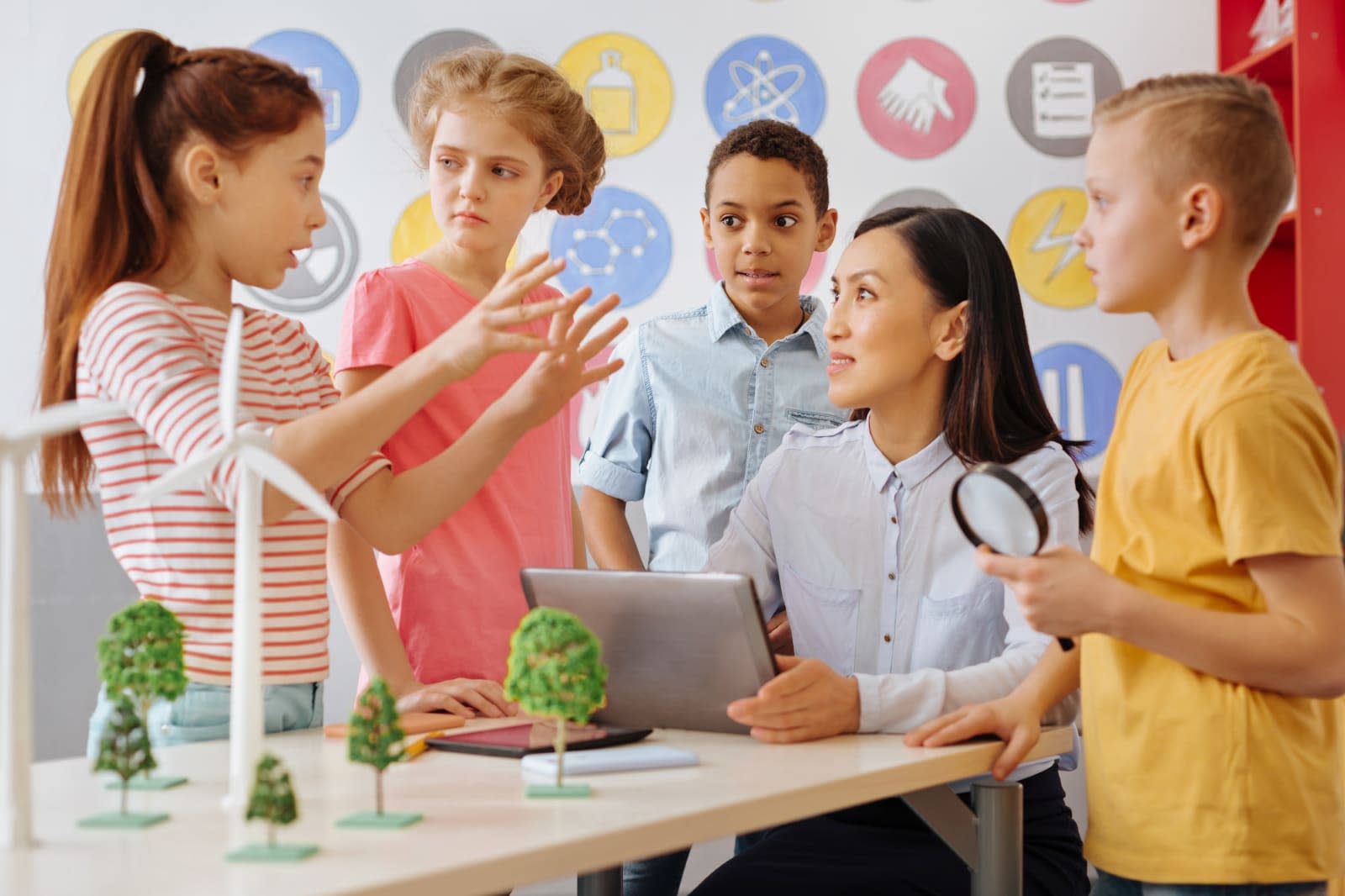 The field of science communication -- the practice of informing and educating people about science-related topics -- arose just after the start of the Enlightenment when Francesco Algarotti published his first edition of Newtonianism for the Ladies in 1737. While that bit of 18th century mansplaining doesn't really hold up by today's standards, in the nearly three centuries since, the pace of scientific progress has only accelerated -- with science communication evolving alongside it. The advent of social media, in particular, is an unprecedented, powerful tool for science communicators.

"It was right after the election and I noticed that there was all this energy in the community, thinking about how we could better communicate our science to the public," University of Connecticut PhD student Sarah McAnulty told Engadget. "I thought we needed some way to engage scientists, in a low time-commitment, high-impact, kind of way."

The result is Skype a Scientist. Launched in 2017, it connects researchers from a broad range of fields with students, teachers and other interested groups via, well, Skype. Each meeting lasts 30 minutes to an hour and operates as an informal Q&A session.

"Typically it is structured as question and answer sessions, because we want people to feel as though they've really met a scientist, not just got lectured," McAnulty continued. "We want people to get answers to what they actually want to know about. That's really important."

The operation itself is fairly straightforward. Teachers and interested parties fill out a Google form with their schedule availability while researchers and scientists fill out a similar form of their own. Then, a sorting algorithm designed by bioinformatician David Jenkins, a PhD student at Boston University, matches up the two groups for a session. "It's free," McAnulty points out. "As long as you have an internet connection, you're good to go."

Before the advent of the internet, this sort of interaction simply wouldn't be feasible. Similar programs do exist, such as Letters to a Pre-Scientist, but nothing on this scale. In the last two and a half years, Skype a Scientist has served 15,000 classrooms and signed up 6,000 individual researchers to participate.

"I basically did this whole thing via Twitter, I tweeted about it," McAnulty said. "And then the word of mouth spread extraordinarily quickly. Without that social media aspect of scientists talking to each other on Twitter, I can't imagine I would have gotten this many teachers or scientists."

Before Skype a Scientist, McAnulty launched the Squid Scientists Tumblr page in 2014. "Originally, it was just I wanted to see what what if it was possible because Tumblr, generally speaking, wasn't a place where science communication was happening too much." Still, McAnulty found Tumblr to be less hostile to women than Reddit and that it skewed towards further a younger audience than Twitter.

"I get more questions from Tumblr from young women who are thinking about being a scientist or just want to know more before they make a choice about what kind of careers they think they could see themselves in," she said. "So Tumblr has been really powerful for that."

Indeed, the elimination of communication barriers and the waning influence of traditional "gatekeepers" to the scientific community has enabled female, PoC, LGBTQ+, and non-binary researches a direct line to an interested public. And given that a 2018 study found that only around 30 percent of studies published in the Nature Index journals were penned by female researchers, that ability to connect with not just the public but other researchers as well, could help reduce that discrepancy.

McAnulty notes that mainstream science media outlets like the Discovery Channel or NatGeo will cast their scientist hosts based on who will return the best ratings. "In the process, they are choosing scientists that they think people will view as scientists," she said, "It's a positive feedback loop of sexism."

However, with the rise of social media, especially Twitter, Instagram and YouTube, researchers from underrepresented groups don't have to wait for NatGeo to come knocking. They can produce their own content, cultivate their own audiences and share their passion for science directly. "The more that we're engaging with the public -- and even engaging in our own communities -- the more representation you have of everybody, the better and the stronger our scientific community will be," McAnulty said.

The podcasting community has also become a hotbed for science communication. Take This Week In Science, for example. Originally a live radio show broadcast from KDVS on the University of California, Davis campus, it now reaches listeners in 60 countries as a weekly podcast. Neurophysiologist and science communicator, Dr. Kirsten "Kiki" Sanford, founded the show in 2000.

"I was a graduate student when I started it and was really interested in the idea of talking with people about the stuff I was learning," she explained to Engadget. "I would hang out with my neighbors and we would talk about things that we had learned recently, things that were cutting edge research, and just how exciting they were."

She quickly realized that there wasn't much of that sort of content available. "The only radio show at the time in the area that I lived, was Science Friday, which was great, but that was it," Sanford said. "And so we approached the local college radio station to see if they wanted to have a science show."

In the 19 years (and 500-plus episodes) since, TWIS has held a number of live tapings at local clubs and science festivals. "I enjoy doing live shows, because there's that instant feedback," Sanford said. "You can see people's faces, whether or not they're engaged in what you're talking about whether or not they're bored. I can up-regulate what I'm saying, I can shift the way that I'm explaining it, I can ask the audience a question and you know, get a show of hands or get a response right then and there."

Sanford and her team are expanding into other areas of social media, such as their recently-launched monthly newsletter. "I'd like to be able to get the show to stable financial basis, where we can put more time into doing shorter content for YouTube, or maybe a daily show" Sanford continued. "One fun idea that have been bounced around recently: I have an eight year old son and he's getting interested in [science]. So we've been talking about having a Twitch Junior program."

These sorts of conversations wouldn't have occurred without the rise of these platforms. "With the access that people have, especially social media, I am seeing so many more scientists, talking to people not just to each other, but to people who are just like, 'Oh, what is this thing you study?'' Sanford noted. "And suddenly there's a conversation happening. That didn't happen before."

Though social media's open access regularly serves as a double-edged sword, with conspiracy theorists intentionally spreading misinformation online, both McAnulty and Sanford remain optimistic that the scientific community will be able to minimize the damage those bad-faith actors might cause.

"That's social media's equality, and that is a blessing and a curse," McAnulty said. "I guess one of the goals for my science communication, and my career, is to help people connect with sources of information that they can trust."

In this article: education, Facebook, Instagram, internet, kirsten sanford, Sarah McAnulty, science, science communitcation, tomorrow, Tumblr, Twitter
All products recommended by Engadget are selected by our editorial team, independent of our parent company. Some of our stories include affiliate links. If you buy something through one of these links, we may earn an affiliate commission.
Share
Tweet
Share