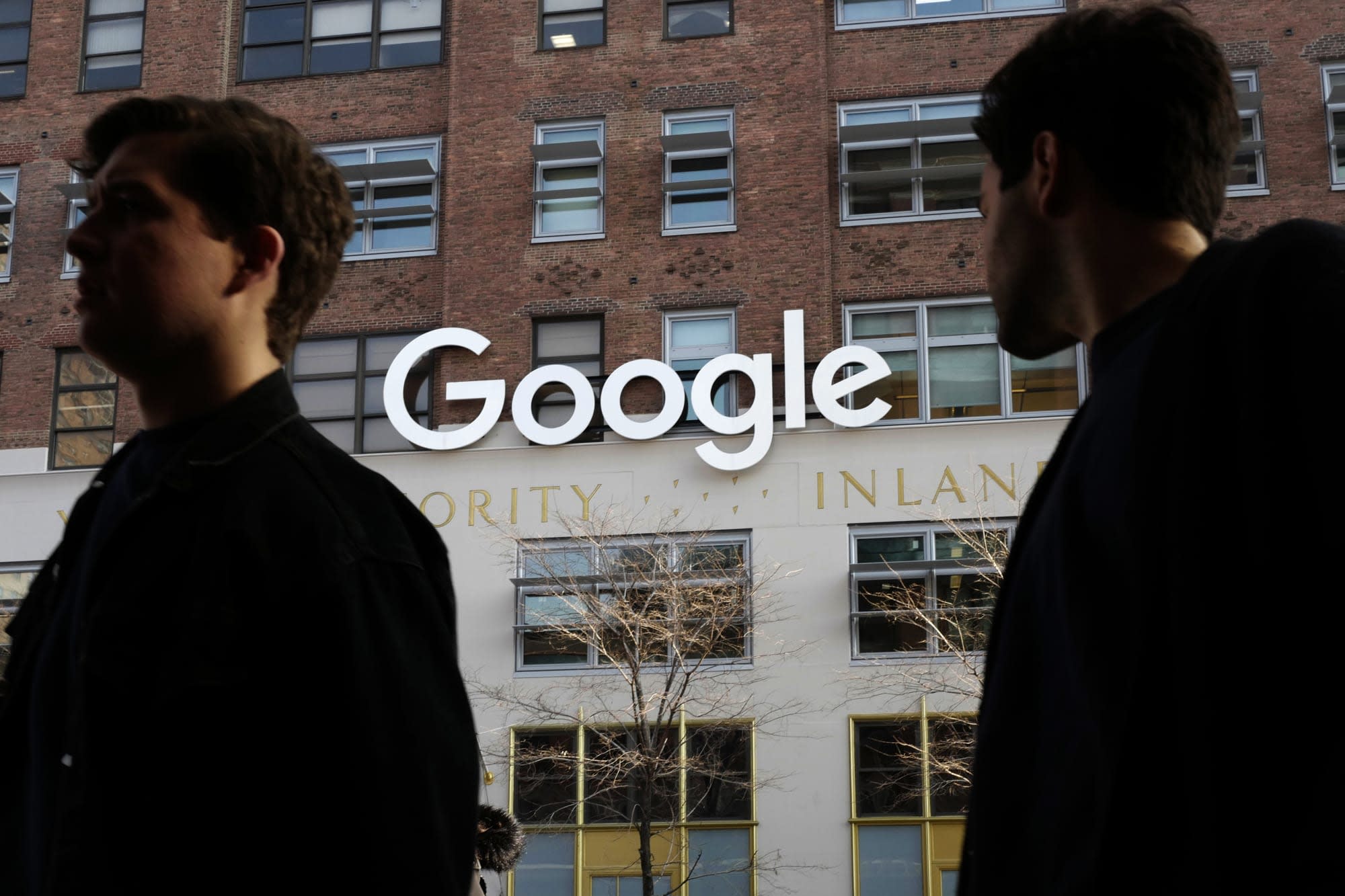 Just over a year ago, Google parent company Alphabet was hit with a $5 billion fine from the European Union for antitrust violations. As you might have expected, that put a dent in the company's profits -- but this year, there's no such issue to worry about and Alphabet's financials reflect that. In today's quarterly earnings release, the company is reporting revenue of $38.9 billion, up 19 percent year-over-year. And profits hit $9.9 billion, up 201 percent over a year ago. Even if you look at Google's accounting where last year's fine is excluded, profits are up 13 percent.

As usual, Alphabet's press release doesn't say a whole lot about the more interesting parts of its business -- for that, we'll have to wait for the company's call with investors, which starts at 4:30PM ET. We're listening in and will update this post with anything we learn.

A few other tidbits worth noting: Google's "other" revenues, which includes consumer-facing products like the Play Store and its growing hardware division grew significantly this quarter. Revenue was up 40 percent to $6.2 billion. We expect Google CEO Sundar Pichai to break down the strengths of that group on the call, and it'll be worth seeing how the company explains that growth. Last quarter, the "other" revenues division only grew about 25 percent year-over-year, and the company admitted it was having trouble selling the Pixel 3 line of smartphones. While Google certainly won't be breaking out individual sales, Pichai did say on the earnings call that the company sold twice as many Pixel phones this quarter as compared to a year ago -- seems like the 3a strategy likely played a part.

Alphabet's "other bets," meanwhile isn't looking quite so hot right now. It's the part of the company where experimental ventures live, and they're not necessarily at the stage where they'll be making profits. Still, it's probably not ideal when losses mount, as they did this quarter. Other bets lost Alphabet $989 million, up from the $732 million they lost in the quarter one year ago. Revenues did grow 12 percent to $162 million, but clearly this isn't a big financial driver for Alphabet right now. From the overall perspective of Alphabet's giant overall revenue, though, it's hard to be worried too much about losing a billion bucks.

In this article: alphabet, business, financials, gear, google, internet, q2 2019 earnings
All products recommended by Engadget are selected by our editorial team, independent of our parent company. Some of our stories include affiliate links. If you buy something through one of these links, we may earn an affiliate commission.