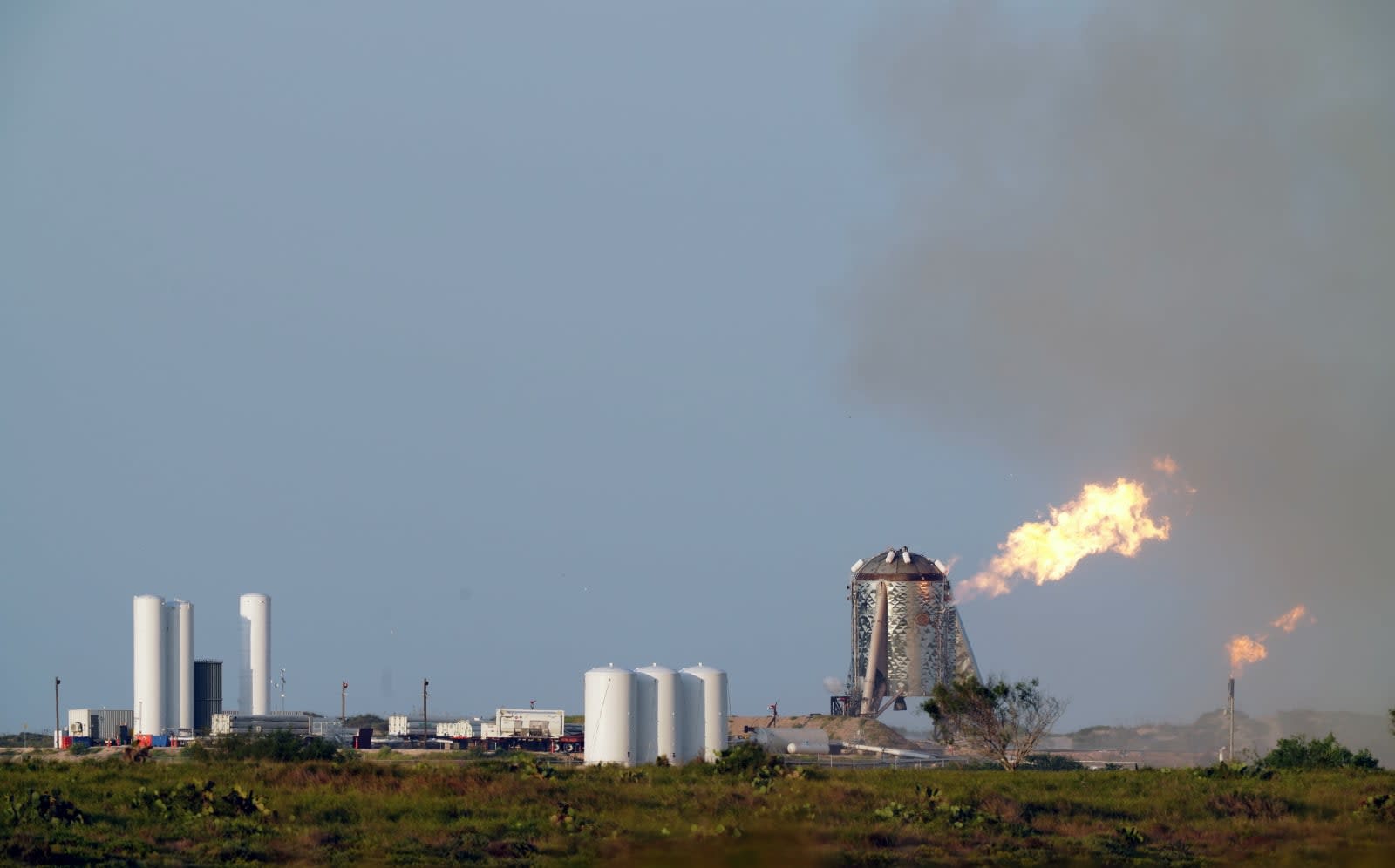 On the evening of July 24th, SpaceX was supposed to conduct the Starhopper's -- its Starship prototype vehicle made for very short flights or "hops"-- biggest and first untethered test. The company even announced a livestream of the event, which is another step towards its goal of building a massive launch vehicle that can take humans to the moon and Mars. Unfortunately, SpaceX had to abort the test flight only 3 seconds after the vehicle's Raptor engine fired at 80 percent capacity at its Boca Chica test facility in South Texas.

The Starhopper was supposed to lift off for a short flight -- 65 feet in the air, to be precise. However, the prototype vehicle didn't move after its rocket shot out flames and smoke. The test was supposed to happen last week, but it was pushed back because Starhopper was engulfed in flames during an engine fire test. SpaceX conducted successful hop tests in the past that proved the Starhopper works and can lift a few inches from the ground. It's not entirely clear if the mishap last week has anything to do with what happened during its latest attempt.

SpaceX certification engineer Kate Tice only explained during the webcast: "It appears as though we have had an abort on today's test. As you can see there, the vehicle did not lift off today." She added: "This specific test is one in a series of tests, designed to push the limits of the vehicle as quickly as possible, to learn all that we can as fast and safely as we can." That sounds like we'll definitely see more hop tests in the near future despite this setback.

In this article: space, spacex, starhopper, tomorrow, gear
All products recommended by Engadget are selected by our editorial team, independent of our parent company. Some of our stories include affiliate links. If you buy something through one of these links, we may earn an affiliate commission.