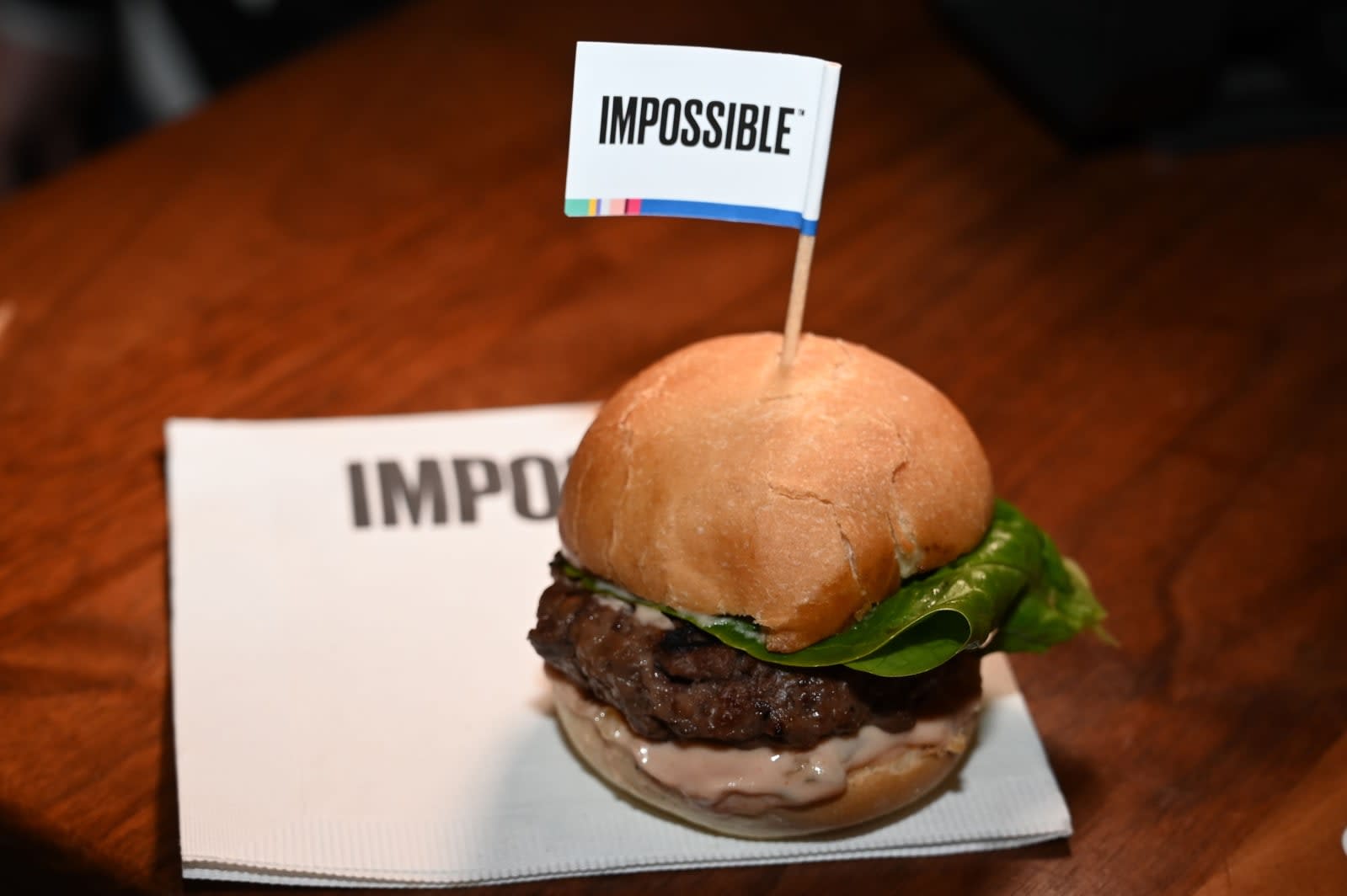 Fake meat is coming to a barbecue near you. Impossible Foods has been granted approval by the FDA to sell its plant-based meat in US grocery stores this fall, reported Bloomberg. After expressing some initial doubts, the agency formally ruled that soy leghemoglobin -- the additive in Impossible Burgers that gives it a meat-like flavor and makes it "bleed" -- is safe for consumers to eat. If no objections are raised, the FDA rule change becomes effective on September 4th.

Currently, consumers can only purchase Impossible Foods' fake meat at the many restaurants it has partnerships with -- including Burger King, Qdoba and Claim Jumper. Bringing Impossible Burgers to supermarket aisles will be sure to increase its mainstream relevance and expose it to a wide market. It also ensures that Impossible Foods keeps up with its competitor Beyond Meat, which already sells its products in grocery stores. High demand this summer even lead to Beyond Meat's product being out of stock at select Whole Foods store. Impossible Foods faced shortages of its own this year, and has since doubled employment at its Oakland facility and teamed up with a food production company, OSI Group, to increase supplies.

Demand for meat alternatives will likely only rise as Americans grow more health-conscious. While selling fake meat in restaurants has proved successful, it's still seen as a special occasion or niche dish -- rather than something to be consumed on the regular. Now with the two major fake meat brands readily available in the frozen foods aisle, its plant-based products can compete against industry stalwarts like Tyson and Morningstar Farms -- not to mention each other.

In this article: beyond burger, beyond meat, fake meat, food and drink, food-and-drink, foodanddrink, impossible burger, impossible foods, meat alternatives
All products recommended by Engadget are selected by our editorial team, independent of our parent company. Some of our stories include affiliate links. If you buy something through one of these links, we may earn an affiliate commission.