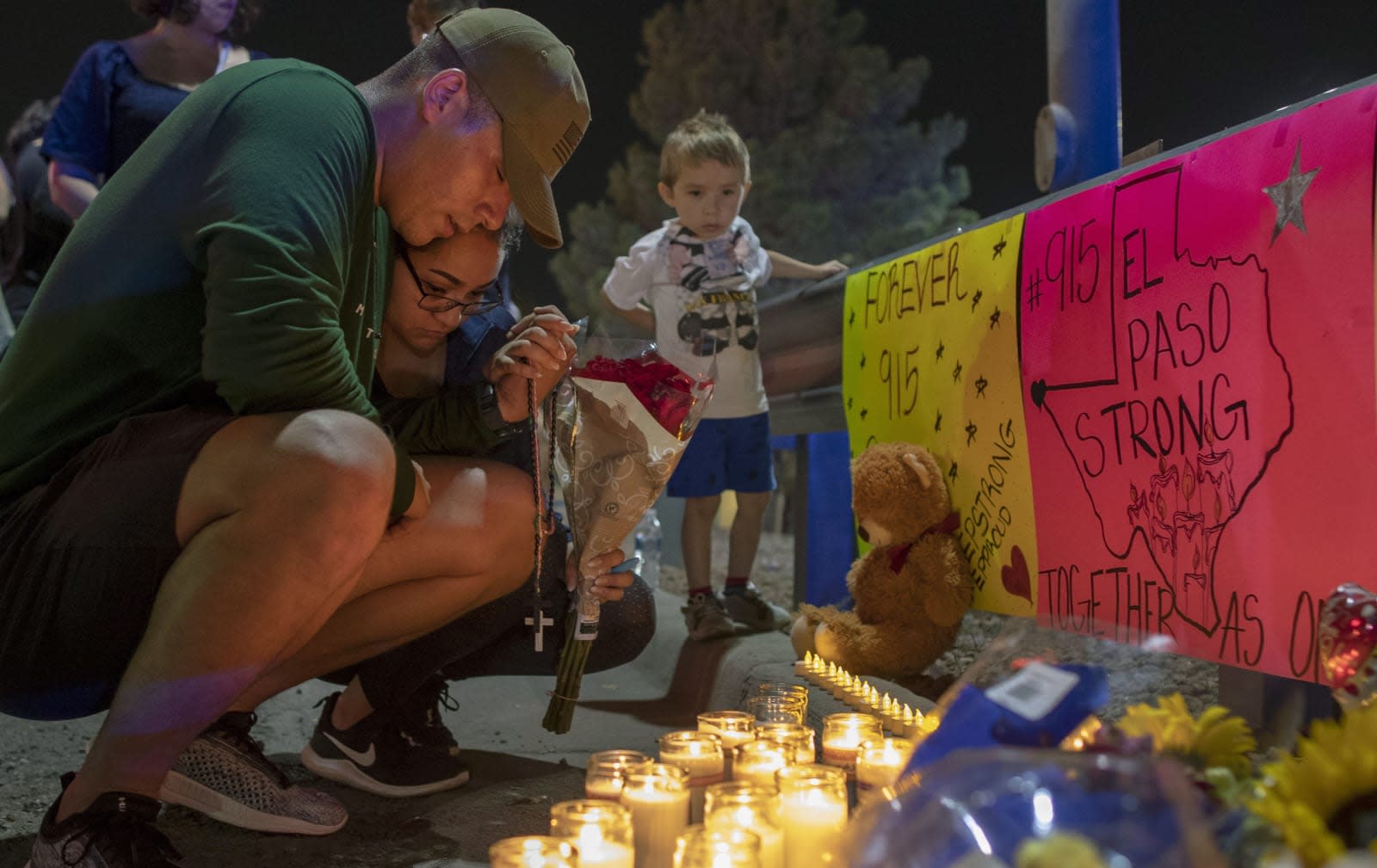 Less than an hour before this weekend's deadly mass-shooting in El Paso, Texas, the suspect appears to have posted a rambling post filled with white nationalist and racist statements on 8chan. After a day of waffling, Cloudflare announced it would cut the security services it had provided the far-right site. That exposed 8chan to distributed denial of service (DDoS) attacks, and for a time, the site was down. But 8chan soon found a way back online. Now, internet infrastructure companies are playing whack-a-mole, pulling the plug as other services step in to help 8chan get back online.

Soon after Cloudflare terminated its support for 8chan, another host and anti-DDoS protection company BitMitigate stepped in. BitMitigate's owner, Epik, is notorious for providing services to sites like Gab and Daily Stormer, both known for their far-right supporters, including neo-Nazis and white supremacists. But Voxility, which was effectively providing service to Epik and BitMitigate, pulled its backend support for both. According to New York Times reporter Kevin Roose, Tucows, 8chan's domain name registrar, will no longer support the site, either. At the time of this writing, 8chan is down.

New: Tucows, 8chan's domain name registrar, which said last night that it had "no immediate plans" to boot the site, tells me it is no longer providing services to 8chan.

This isn't the first time Cloudflare has been urged to end its support for 8chan. In fact, the shooting in El Paso was the third mass shooting this year in which the suspect is believed to have posted about the attack on 8chan before carrying it out. 8chan was linked to the Christchurch shooting in New Zealand and another in California.

In the past, Cloudflare has been reluctant to pull its services from extremist websites, claiming it didn't want to violate free speech. According to a report by The Guardian, Cloudflare also believed that by keeping "bad" sites in the company's network, it could notify law enforcement when necessary. Other companies, it said, may not do the same. Cloudflare did make an exception when it terminated its contract with the Daily Stormer. But CEO Matthew Prince told Ars Technica that he hated doing so. "The pressure to take it down just kept building and building," he said.

In a blog post explaining Cloudflare's most recent exception, CEO Matthew Prince wrote, "The rationale is simple: they have proven themselves to be lawless and that lawlessness has caused multiple tragic deaths."

We just sent notice we are terminating service for 8chan. There comes a time when enough is enough. But this isn't the end. We need to have a broader conversation about addressing the root causes of hate online. https://t.co/ZsctDpswM5

But those who pick up after Cloudflare may use the same free-speech argument. In a statement released today, Epik's CEO Rob Monster said, "Freedom of speech and expression are fundamental rights in a free society. We enter into a slippery slope when we start to limit speech that makes us uncomfortable." Monster said Epik did not solicit 8chan's business, and at the moment it's only providing registration services. It hasn't decided whether or not to provide DDoS protection. "From what little we know so far, the Chans are not lawless and do have moderation," Monster added.

UPDATE: Looks like @voxility just cut off all of Bitmitigate's prefix at their edge routers, shutting down not only their customers but Epik's corporate systems.

Now, it's unclear if Epik will be able to provide support for 8chan. Because Epik and BitMitigate only have a small percentage of the server capacity of Cloudflare, they rely on renting it from providers like Voxility. Whether or not they support 8chan might actually be up to those providers. In a statement to The Washington Post, Voxility executive Maria Sirbu said, "As soon as we were notified ... we proceeded with (completely) removing" BitMitigate. She said Voxility is taking a "firm stand" and urged others to take more action in "keeping the internet a safer place."

But as Prince pointed out in his blog post, 8chan will likely find a way back online. After all, Cloudflare pulled support from the Daily Stormer years ago, and the site continued on seemingly unimpeded, until today. "I have little doubt we'll see the same happen with 8chan," Prince wrote. "While removing 8chan from our network takes heat off of us, it does nothing to address why hateful sites fester online."

Still, now that there's so much awareness for the level of hate and violence that 8chan and sites like it breed, it will probably be harder for 8chan to find the services it needs. Even if it can find support from a company like Epik, other internet infrastructure companies, like Voxility, might step in and pull the plug.

In this article: 8chan, bitmitigate, business, CloudFlare, daily stormer, ddos, domain registrar, epik, far-right, gear, internet, mass shooting, NeoNazi, security, services, terrorists, tomorrow, tucows, voxility, white supremacy
All products recommended by Engadget are selected by our editorial team, independent of our parent company. Some of our stories include affiliate links. If you buy something through one of these links, we may earn an affiliate commission.
Share
Tweet
Share