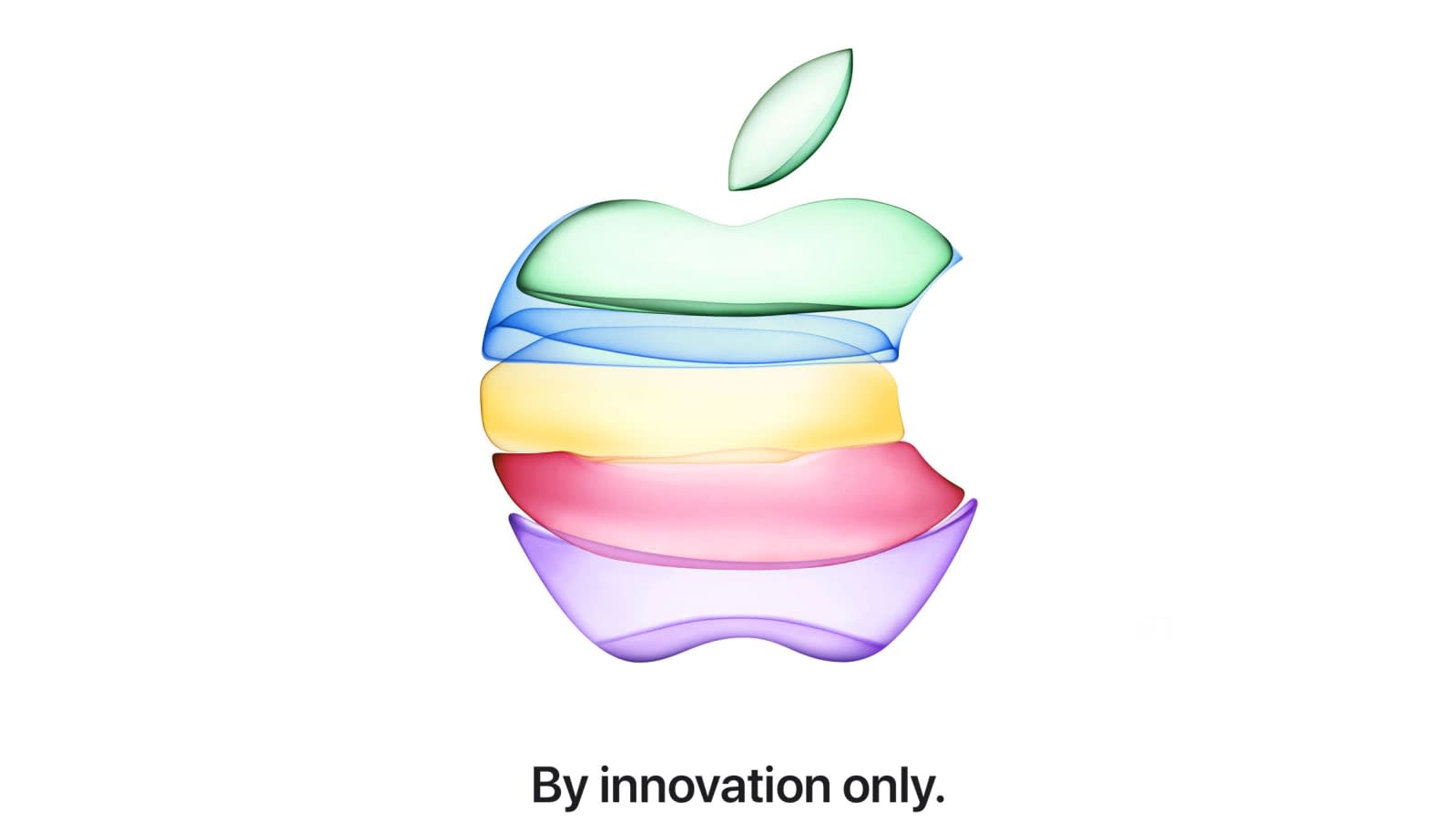 Here we go again. September is fast approaching, so that means it's almost time to officially find out what Apple has in store with this year's iPhones. Its big fall event is set for September 10th, and it'll take place at the Steve Jobs Theater in Cupertino, California at 1 PM ET / 10 AM PT.

Rumors and leaks suggest Apple will unveil another three iPhone models this year to replace the iPhone XS, XS Max and XR. The handsets that will supplant the XS and XS Max (known as the "Pro" devices) could have an array of three cameras on the rear, and the front-facing lens might have a 120 FPS slow-motion option. Those Pro devices will also reportedly have an option to wirelessly charge AirPods by placing the charging case on top of the rear.

All three models may have the same screen resolutions as their predecessors and stick with the Lightning port instead of switching to USB-C as the iPad Pro did. The phones appear as though they'll include the latest A13 chip and Haptic Touch to replace 3D Touch, but you might have to wait until 2020 for iPhones with 5G connectivity. Other expected features include a wider-angle Face ID sensor, better water resistance and improved shatter-resistant technology.

It won't be long until we see whether all these details hold true, while Apple may also reveal updates to some of its other products. Whatever it has to showcase, Engadget will bring you everything you need to know from Apple's event.

In this article: apple, apple event, appleevent, gear, iphone, iphone 11, iphone 2019, iphone event, iphone11, iphone2019, iphoneevent, mobile
All products recommended by Engadget are selected by our editorial team, independent of our parent company. Some of our stories include affiliate links. If you buy something through one of these links, we may earn an affiliate commission.